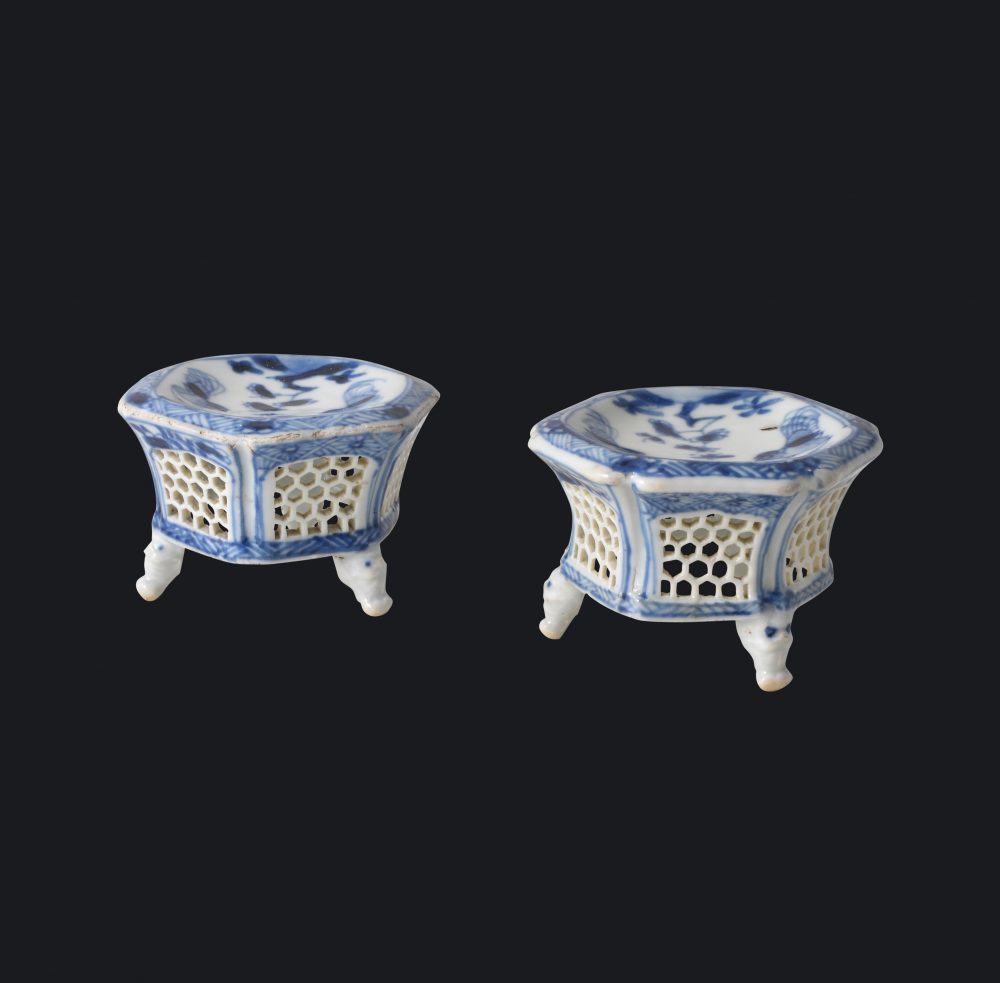 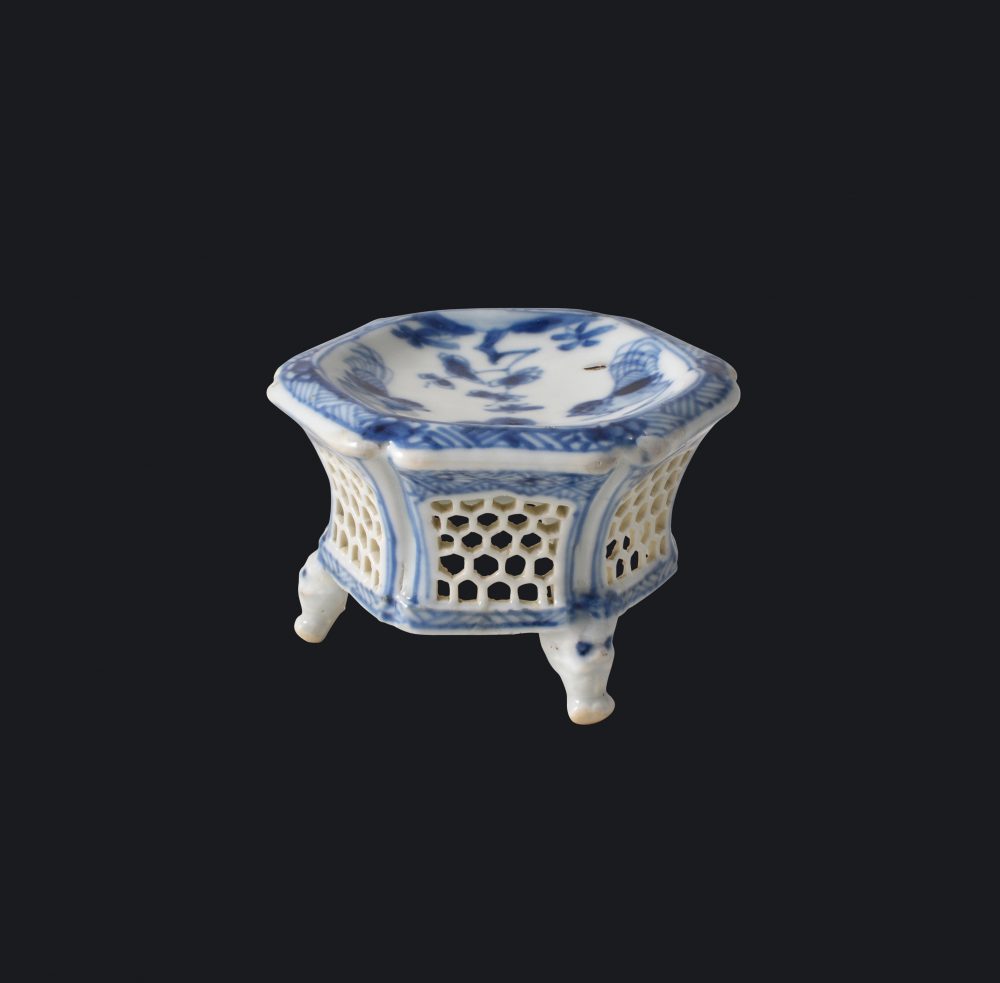 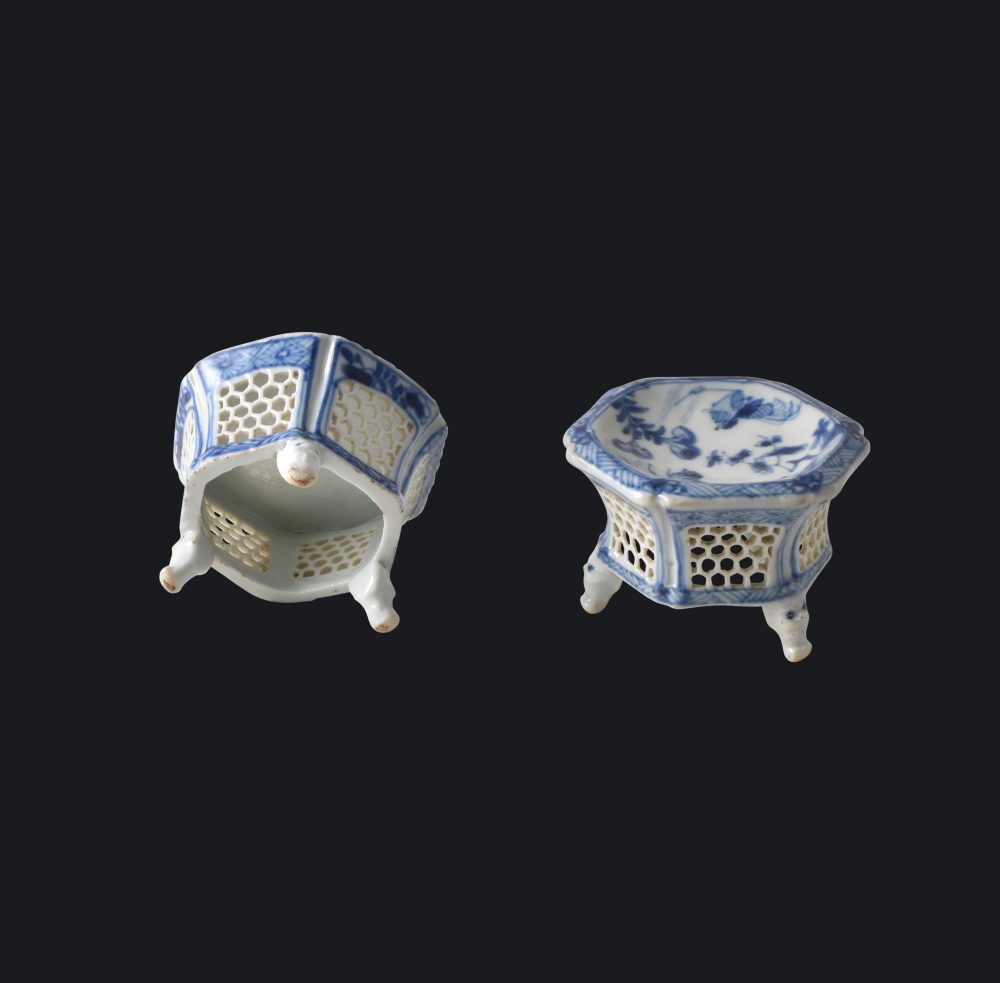 Of hexagonal section, standing on three low animal-mask feet, the well painted in shades of underglaze blue with two cockerels facing each other under a prunus sprig, and the sides with pierced honeycomb diaper panels enclosed by a narrow bands of floral and geometric patterns.

An identical salt-cellar was published by Jorge Welsh in Linglong, Jorge Welsh Oriental Porcelain and Works of Art, London and Lisbon, 2004, p. 53, no. 7.

Another example is in the collection of the Musée National Adrien Dubouché (France, Limoges) and published in L’odyssée de la porcelaine Chinoise, Paris, 2003/2004, p. 146.

Another example is in the collection of the Groninger Museum (Groningen, The Netherlands).

This pair of salt-cellars come from a large group of unusual objects made in China for export to diverse countries, which give evidence of the perfect mastery displayed in the workmanship of the porcelain decorated with fine openwork carving, mingling, in imitation of carved jades.

During the Ming Dynasty, a number of new and refined ornemental techniques were employed on porcelains made in Jingdezhen. One of them is an extremely fine technique of reticulation, known in Chinese as linglong or guigong (devil’s work). The term linglong is originally derived from an onomatopoeic phrase describing the tinkling of jade ornaments.