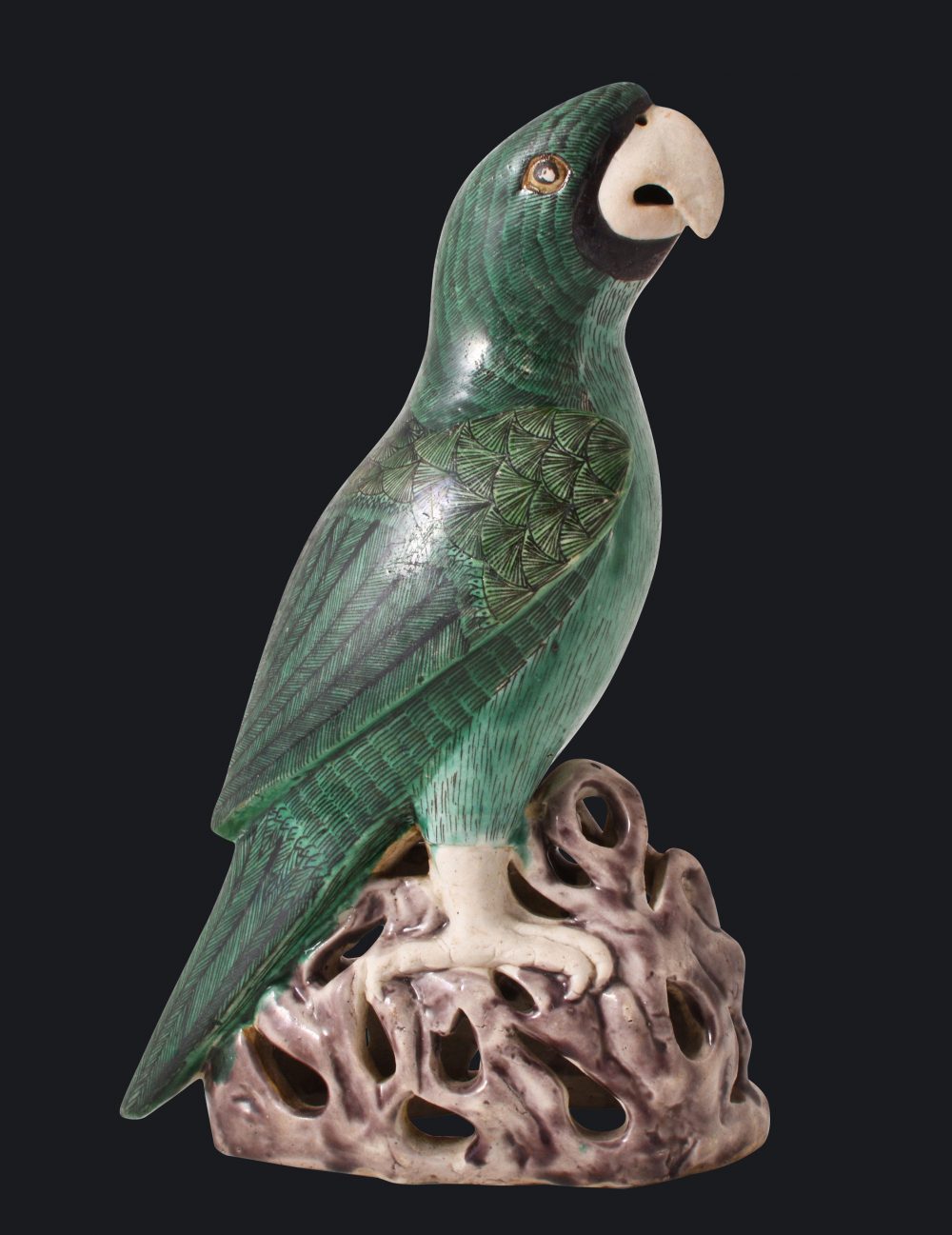 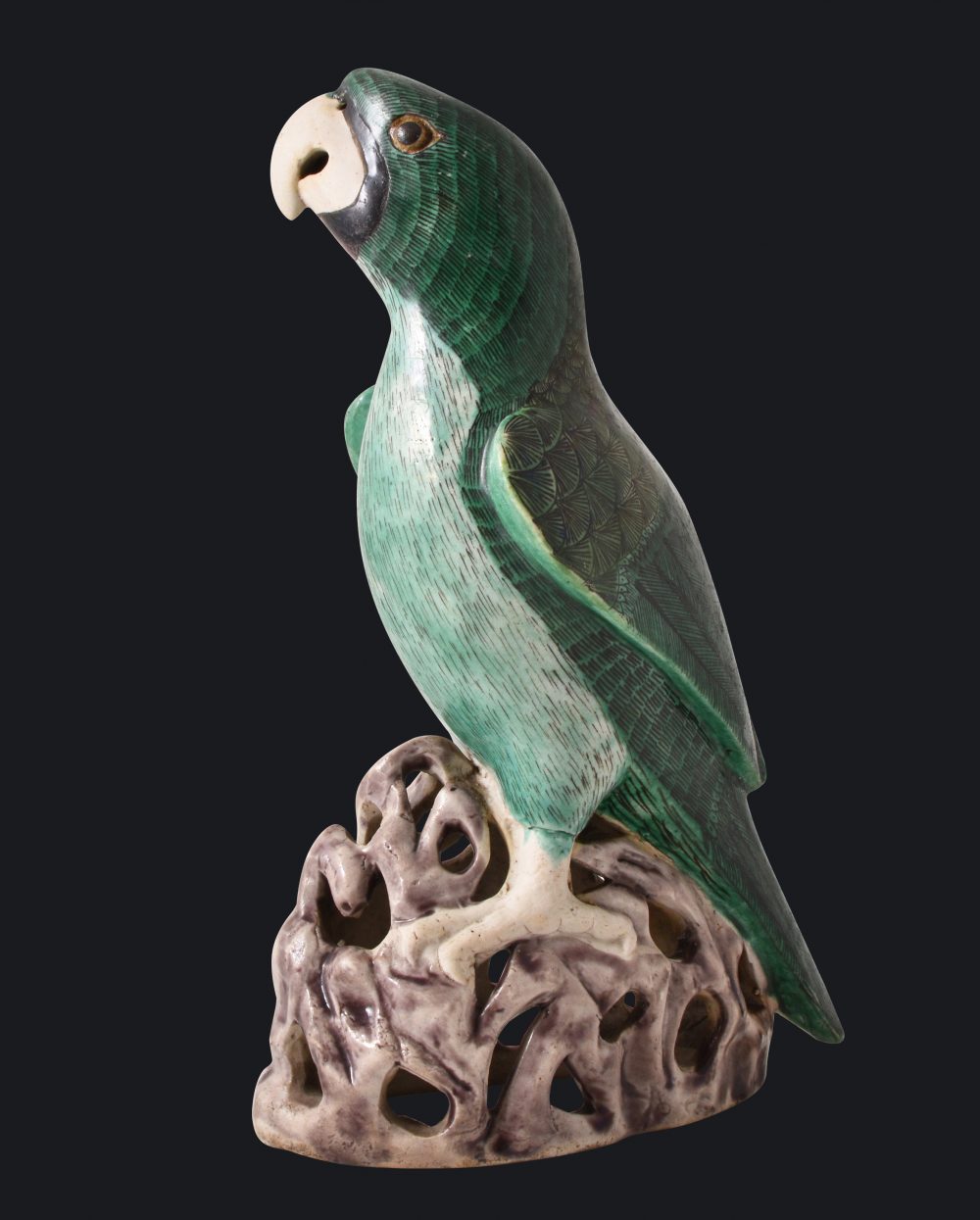 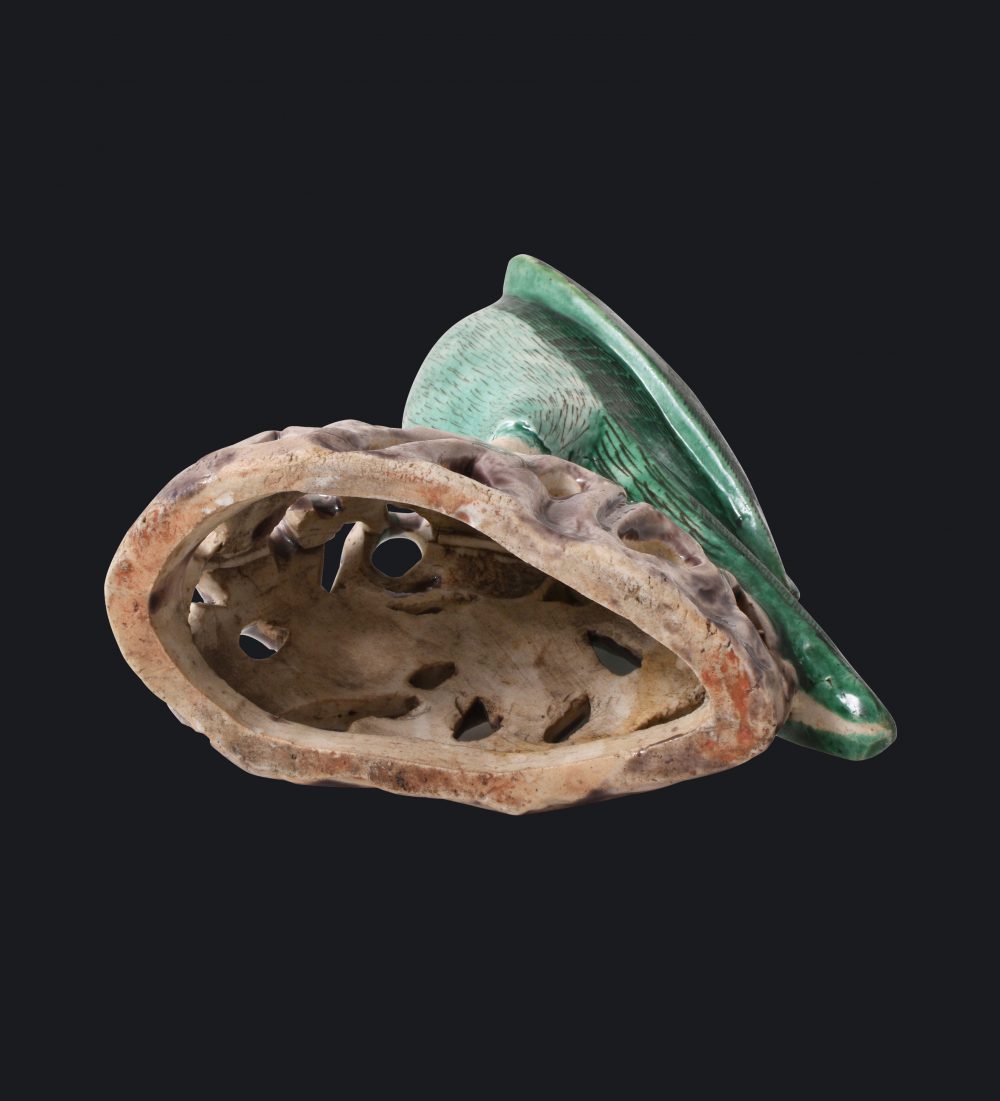 A large Chinese figure of parrot with famille verte enamels on the biscuit. Kangxi period.

Perched on a pierced rockwork, base splashed in aubergine, the bird glaze in tones of green with feather-markings delineated in black, standing with head slightly turned in attentive attitude, the pupils picked out in black and the black and legs left unglazed.

Figures of parrots are in the collections of the Rijkmuseum (Amsterdam),  or in the Dresden Collection (Germany). Beurdeley & Raindre illustrate two mounted examples in La Porcelaine des Qing: famille verte et famille rose (1986, pl. 109), which are documented as having been in Marie-Antoinette’s Cabinet Intérieur in Versailles in 1789. 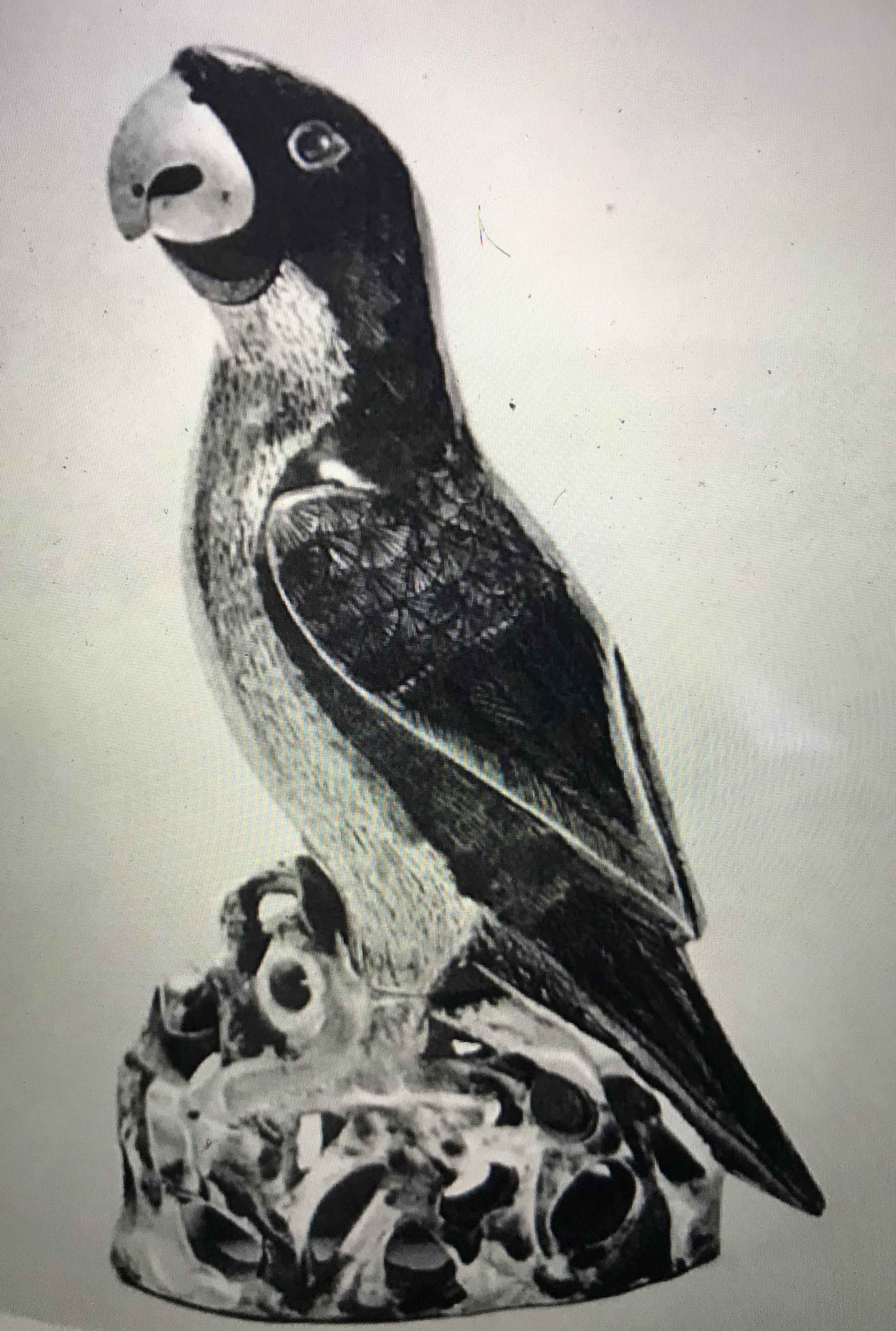