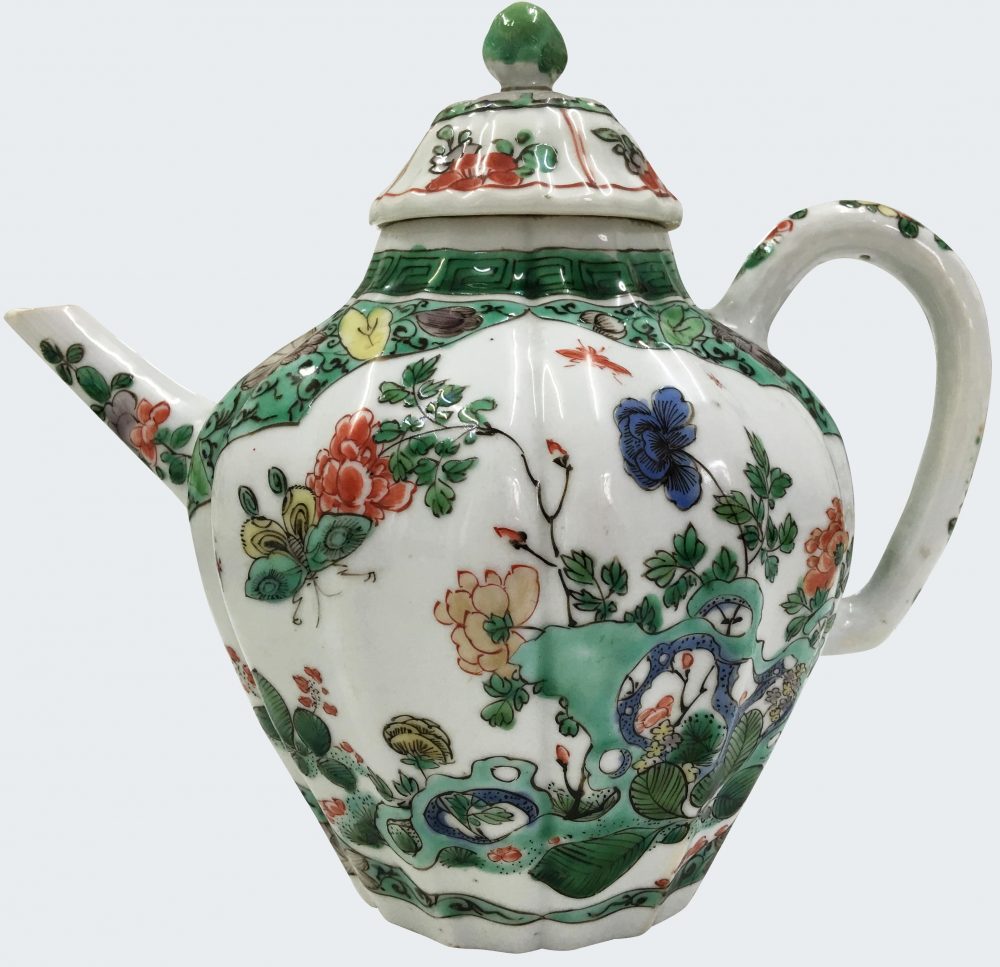 For a pair of identical teapots (but with a different scroll handle blue), from the Hon. Mrs. Nellie lonides Collection, exhibited at « A tale of Three Cities, Canton, Shanghai and Hong Kong, Sotheby’s London, 1997, no. 104, see Christie’s London, Chinese Ceramics and works of Art Including Export Art, 17 june 2003, lot 157.