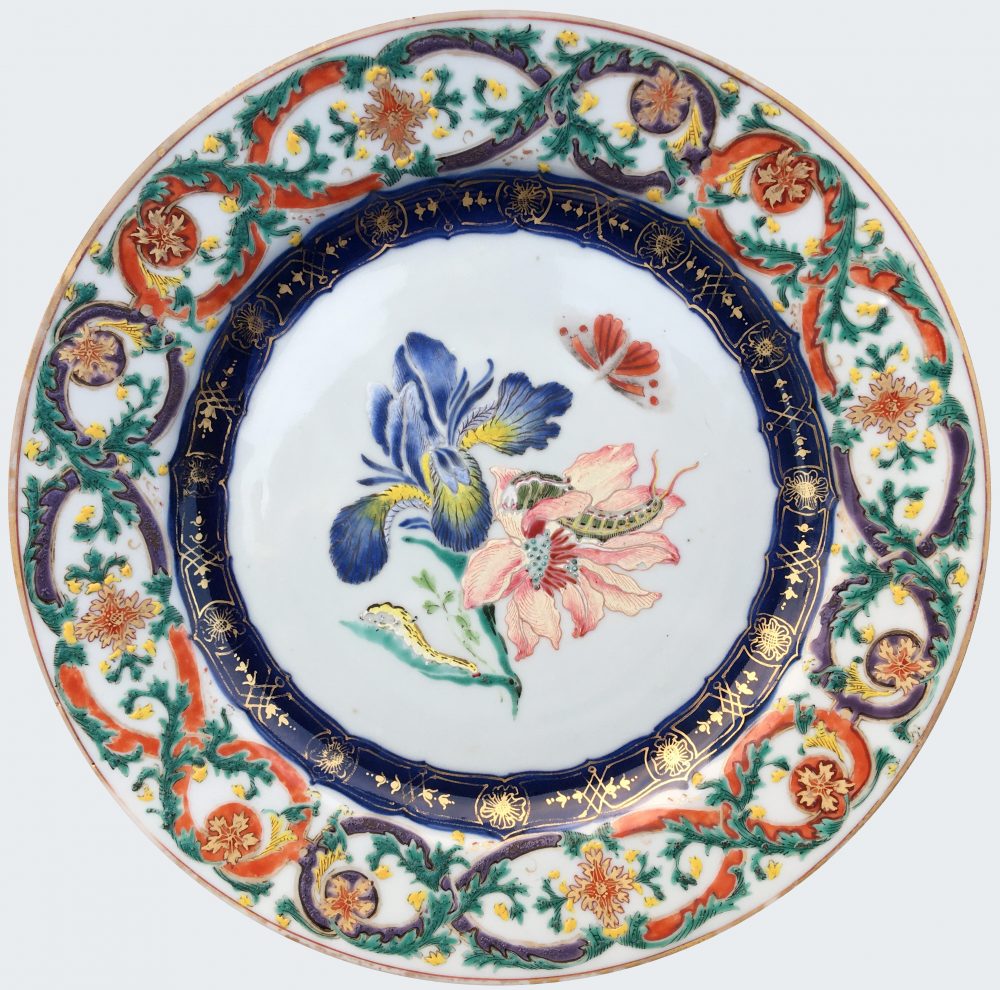 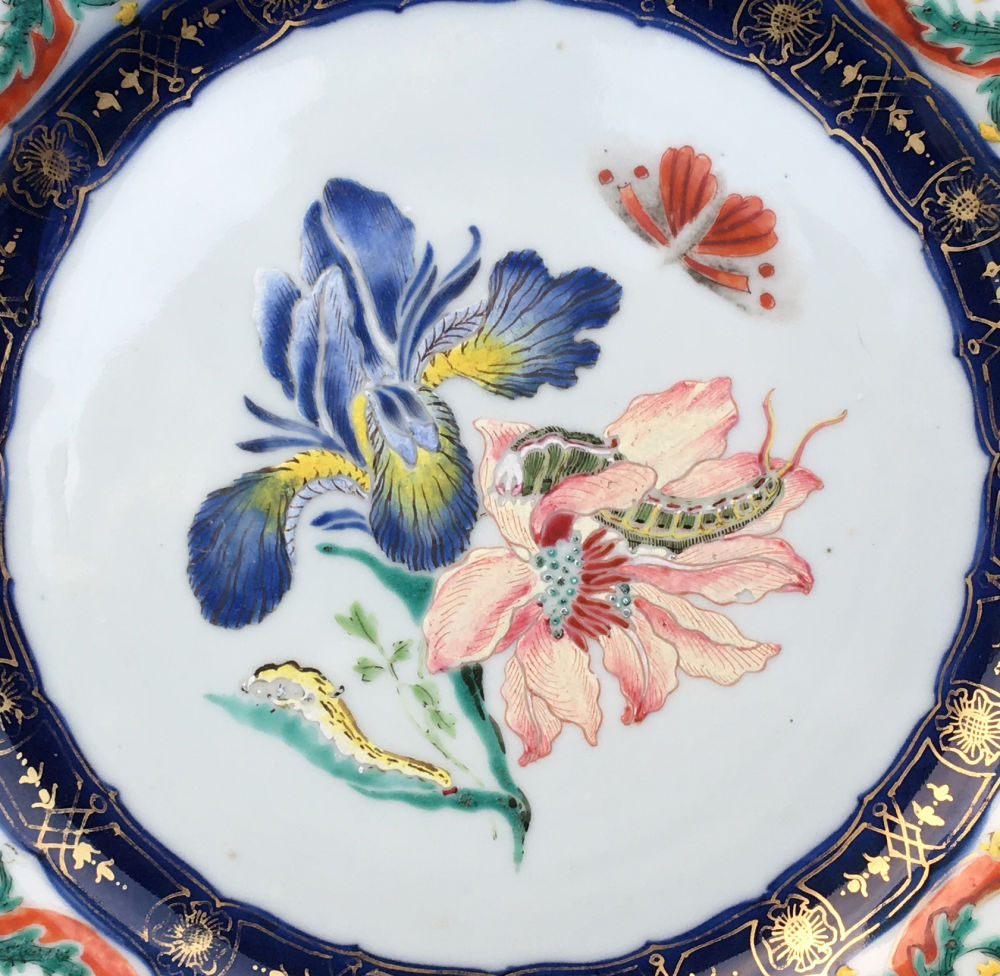 Finely enamelled at the centre with a white-bodied caterpillar crawling on the leaf of a blue iris, beside another with green body crawling amongst the petals of an orchid, a butterfly hovering above, enclosed by an underglaze blue and gilt floral band in the well and a broad band of elaborate strap work, acanthus leaves and gilt stylized flower-heads at the border.

For another plate, see Howard & Ayers, China for the West. Chinese Porcelain and other Decorative Arts for Export illustrated from the Mottahedeh Collection, p. 304, no. 298 (sold at Sotheby’s NYC, 19 october 2000, lot 228).

For another plate, see Howard, The Choice of the Private Trader. The Private Market in Chinese Export Porcelain illustrated from the Hodroff Collection, p. 78, no. 60.

For two saucers and one plate, see Christie’s London, Chinese Export Porcelain from a European Private Collection, 11 may 2004, lot 14 & 15.

Similar plates are also in the collections of the British Museum (London), of the Rijkmuseum (Amsterdam). 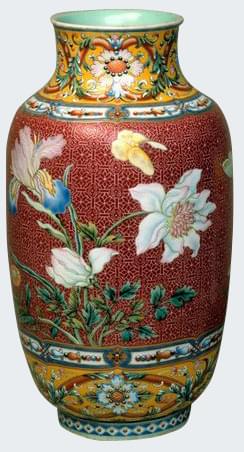 This design was also painted in underglazed blue, and the design of the border on two grisaille armorial services for the Dutch market (see Kroes, Chinese Armorial Porcelain for the Dutch Market, 2007, p. 284-6).