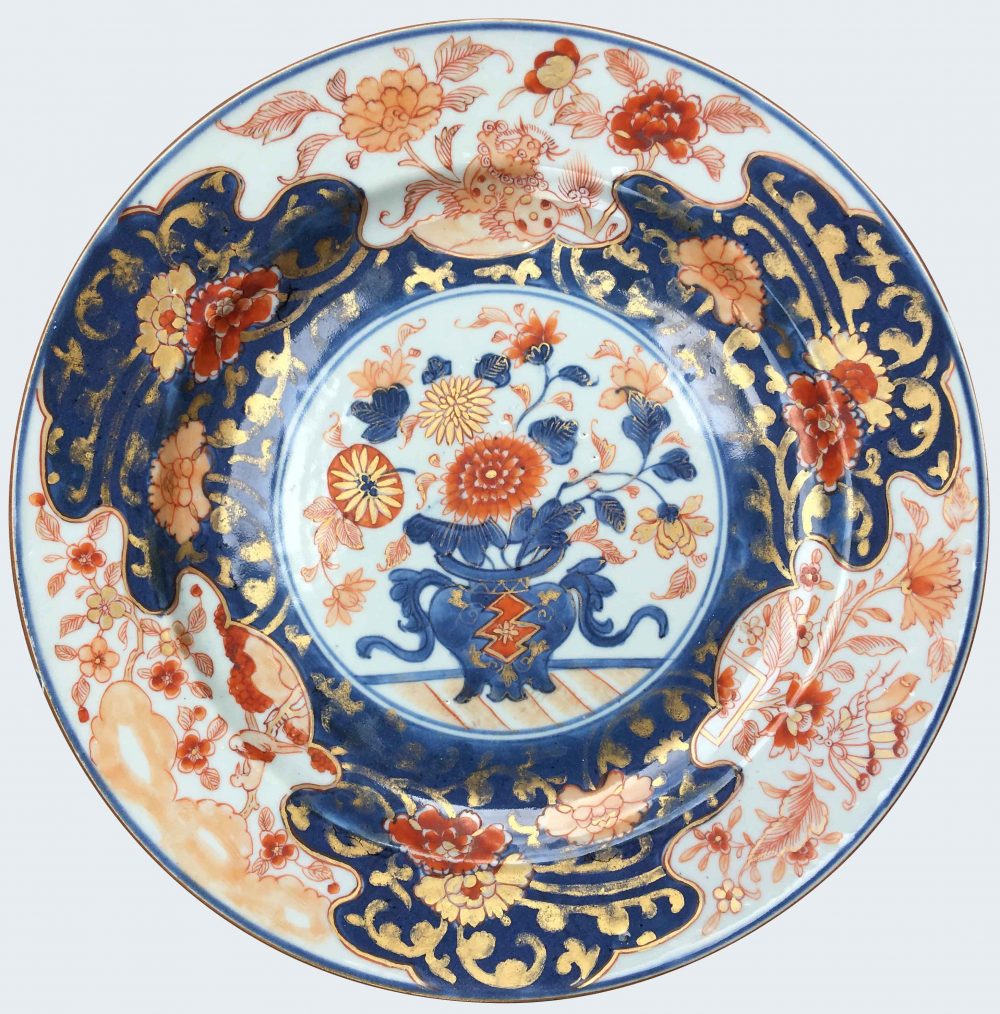 A Chinese imari set of 3 plates decorated with a kilin. Kangxi period.

Decorated in the centre with flowers issuing from a jardinière, the border with three shaped vignettes containing a mythical beast and branches of peony, a pair of birds on flowering branches, and an insect flying amongst branches of chrysanthemum