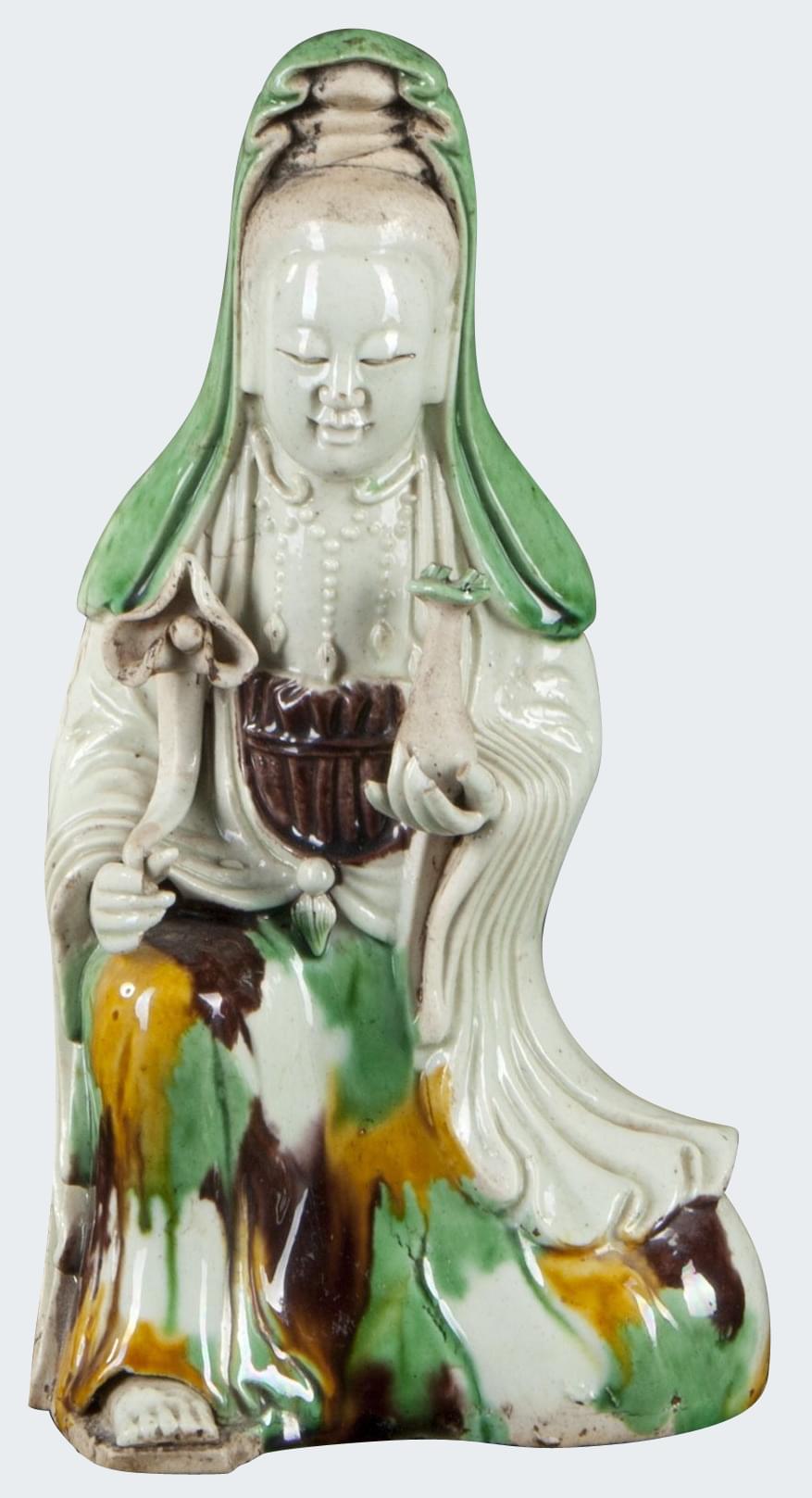 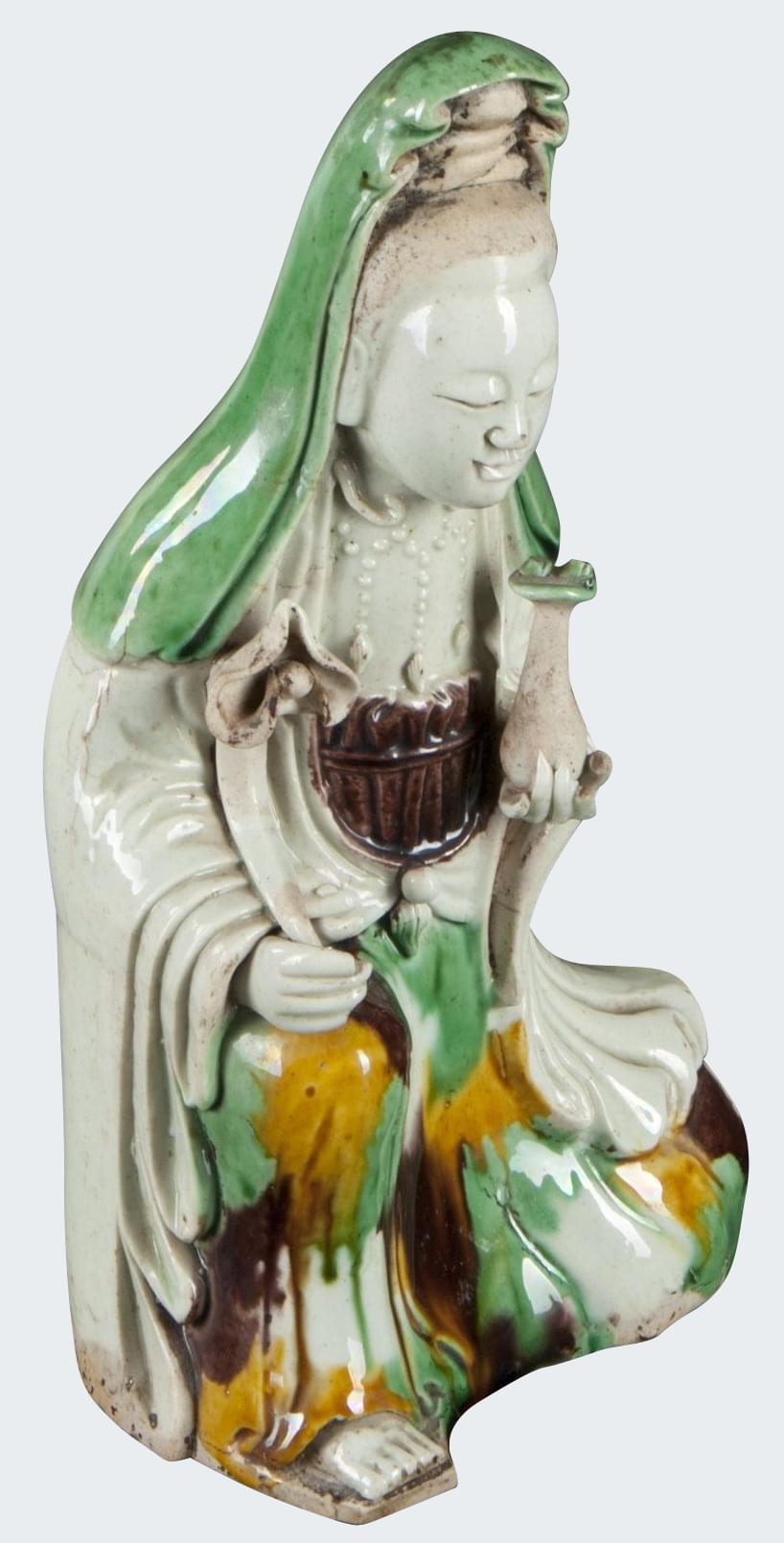 A Chinese figure of Guanyin in famille verte enamels on the biscuit. Kangxi period.

Figure of the bodhisattva Guanyin seated upon a thin base with one leg touching the ground and the other ground and the other bent upwards. She wears a long robe and cloak over her head, and is modeled with a serene expression on her face. She is holding a fly-whisk in one hand and a small vase containing flowers stem in the other.

Guanyin is one of the most popular Buddhist deities in China and originated from an Indian male bodhisattva called Avalokitesvara.