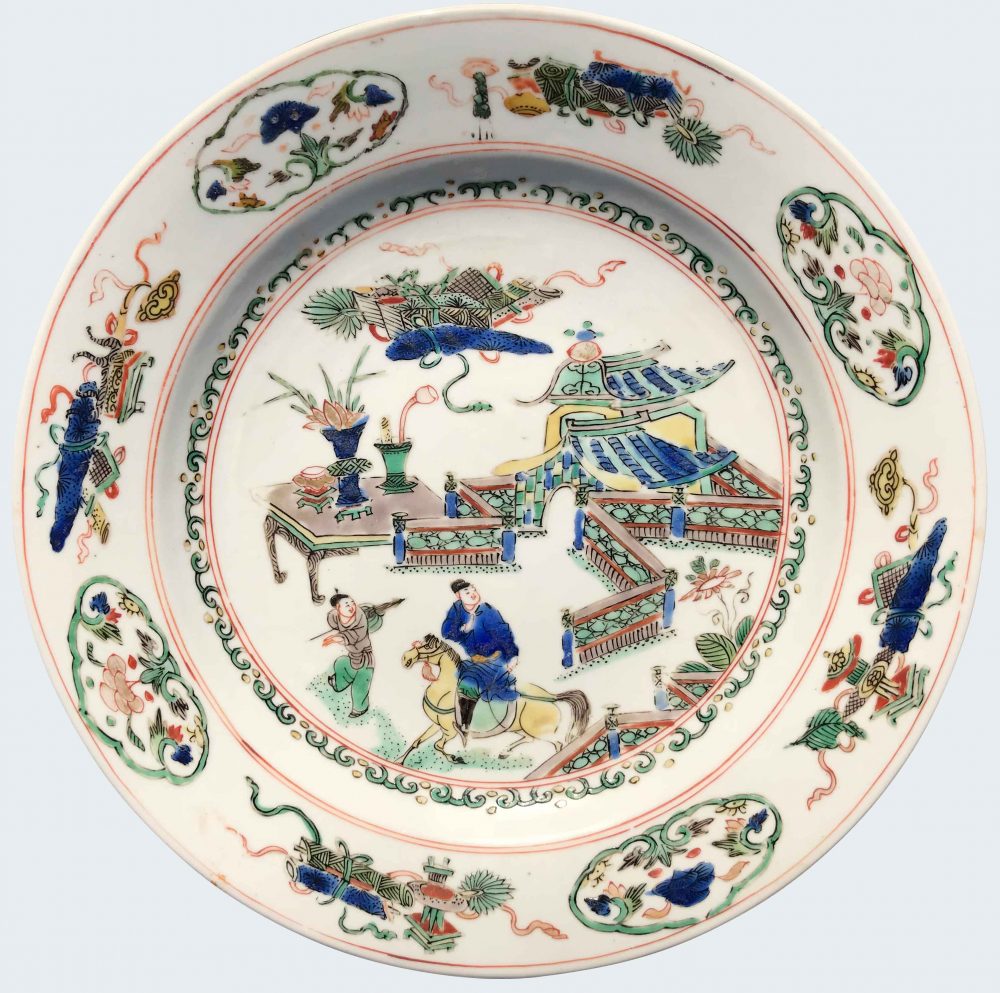 A Chinese famille verte plate decorated with a scene from the Romance of the Western Chamber. Kangxi period.

Decorated in the famille verte palette, in the center a horseman with his servant, a building in the background surrounded by a fence. On the left a table with precious objects such as a flower vase, an incense-burner and a brush pot, books, a weir board, a lute wrapped in a cloth, ans scrolls with ribbons. On the sides a pattern of small lotus scrolls. On the rim four cartouches containing flowers and scrolls alternating with four groups of precious objects. The base marked with an incense-burner in a double circle and underglaze blue.

Reffering to the Romance of the Western Chamber, the scene depicts the arrival of Student Zhang and his servant at the monastery. The various objects, characteristic of Chinese literali, indicate his future as a successful student.