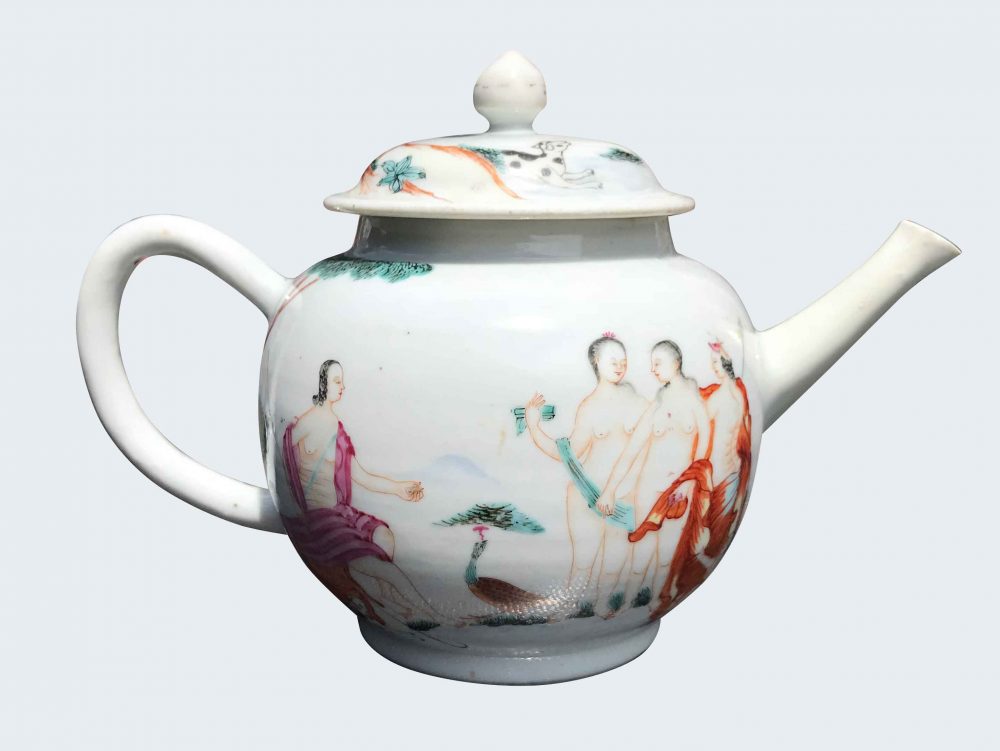 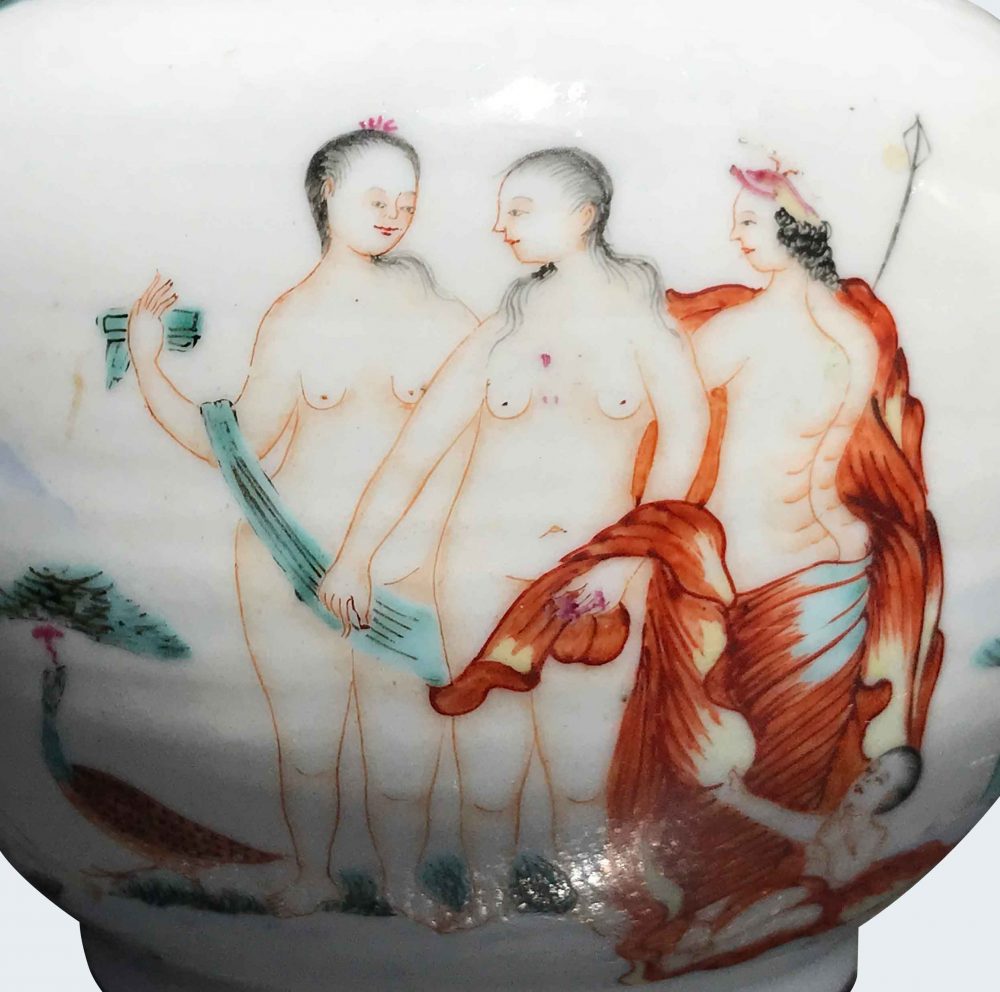 Of globular form, painted on either side with Paris seated wearing a puce robe, with a small dog beside him, and offering a green object to Aphrodite who is flanked by Hera and Athena, and with Cupid looking on, Hera and Aphrodite only covered by either a shawl or a fan, Athena dressed in long iron-red and yellow robes, at their feet a bird, pine trees enclosing the scene, the cover with birds in flight, a similar large bird and pine and finished with a bud finial, the base glazed.

This is the most popular European design on Chinese porcelain of the 1740’s, but this decoration painted on teapot is a bit unusual. The scene depicts King Priam’s son Paris judging who of the goddesses Hera, Athena and Aphrodite was the most beautiful – he chooses Aphrodite by handing her an apple.