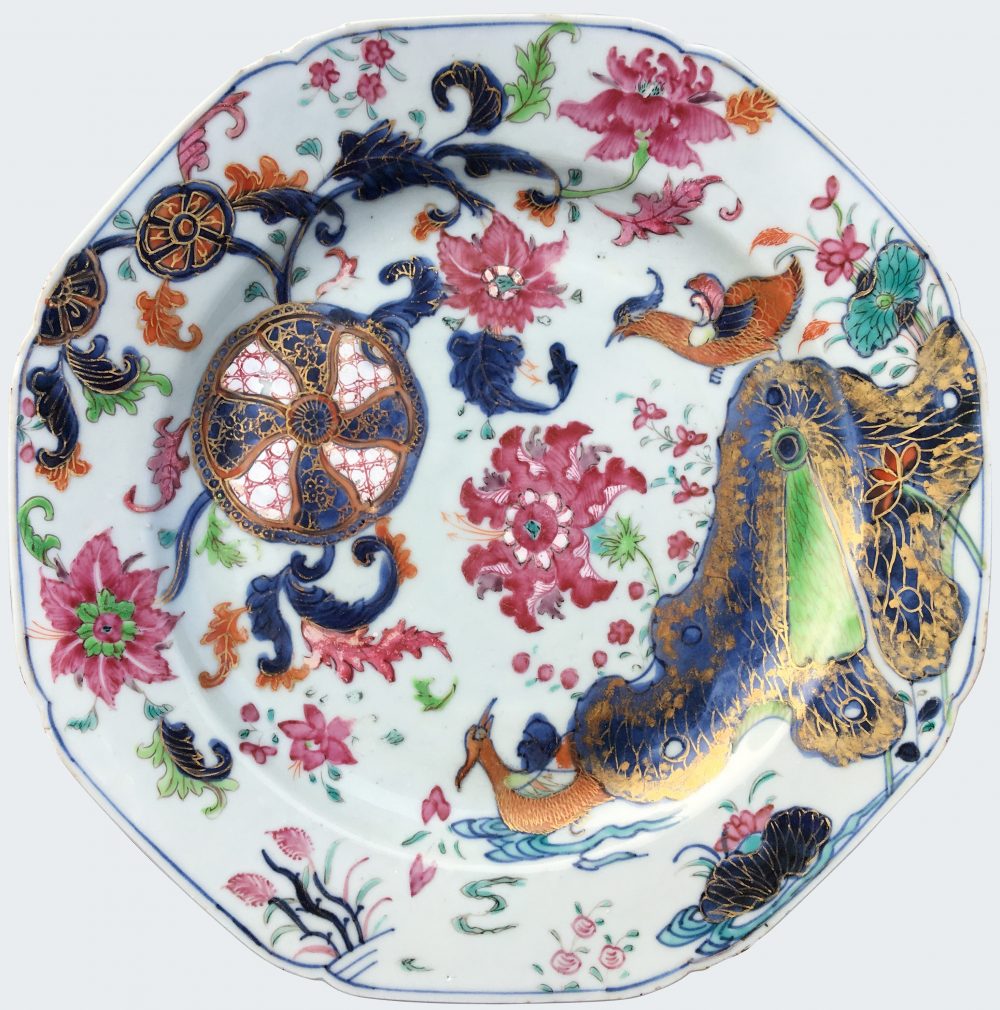 Brightly enamelled in the famille rose palette and gilt, with a pair of crested ducks, undoubtedly mandarins, one swimming, the other situated on a blue underglaze mound punctuated with gilding. The ducks, the Chinese symbol of fidelity, are looking at one another. The one on the right, undoubtedly male, looks as if it had been masked with blue ; the other has only a blue beak. Both have red bodies, and are decorated with feathers painted in gold. The wings are dark blue with green feathers. The asiatic look of the composition is reinforced by the presence of rosettes on the rim at 9 o’clock, and by two leaves that are most likely water lilies and a flower strongly resembling a poppy. There are fives hibiscuses.