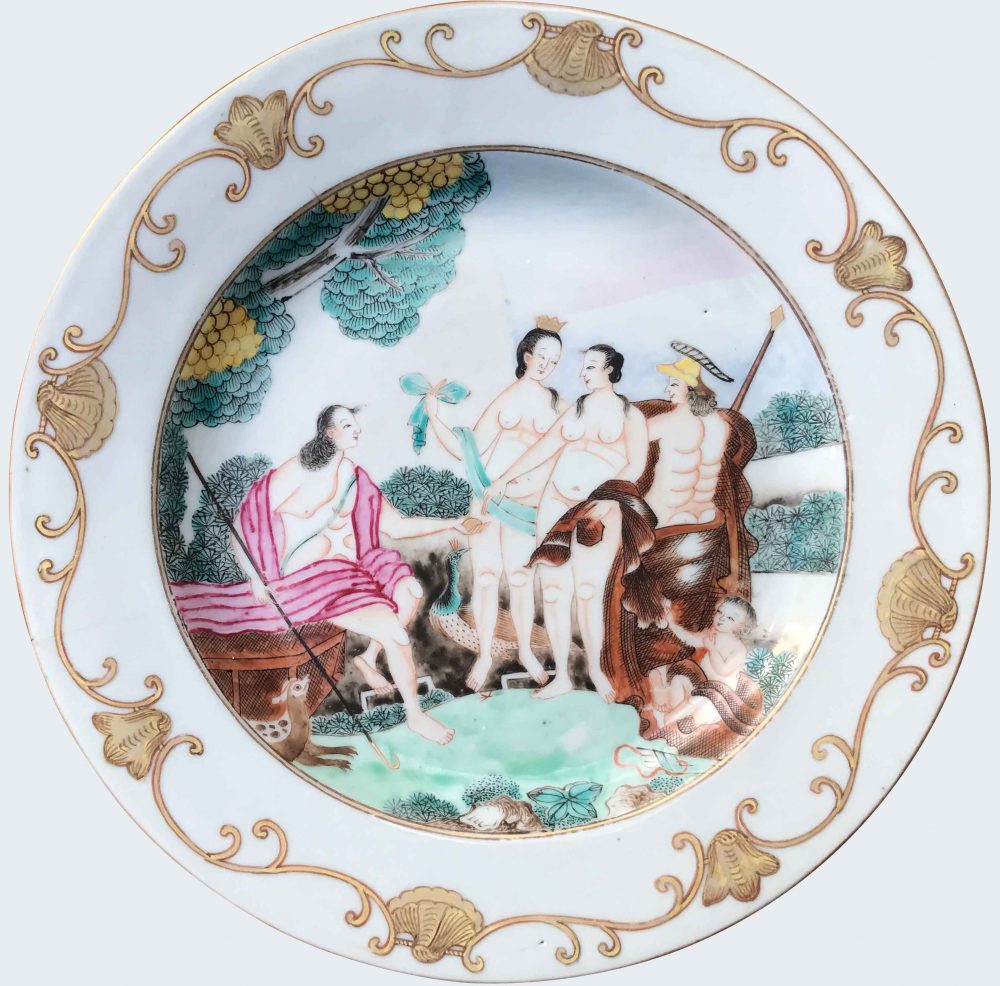 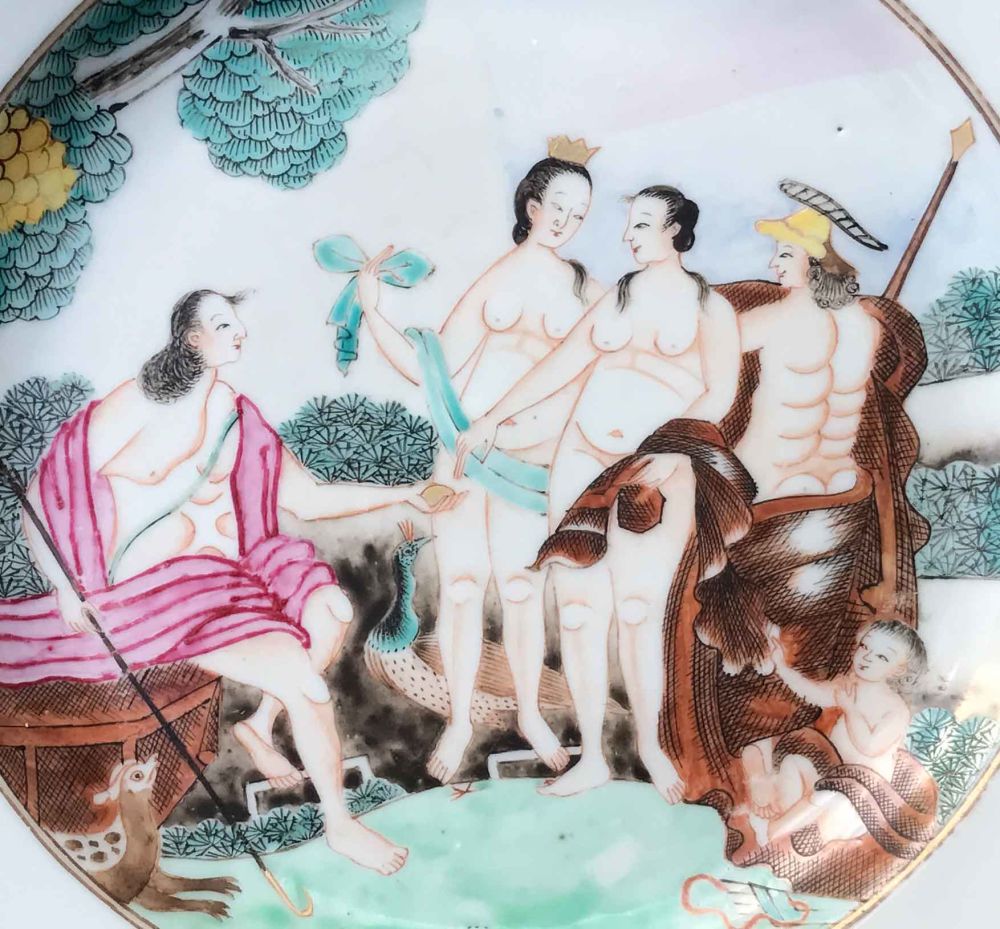 A Chinese famille rose plate decorated with The Judgment of Paris. Qianlong period.

Decorated in famille rose enamels, the centre depicting Paris wearing rose drapery, holding a staff, seated on an iron-red rock beside his recumbent hound, offering a golden apple to Venus flanked by Juno and Minerva, with Cupid seated at their feet, the rim bordered by iron-red delineated gilt shells and foliate scrolls.

The original visual source for this version of The Judgement of Paris has traditionally been ascribed to an engraving of a painting presently in the National Gallery after Peter Paul Rubens (1577-1640). It has also also been suggested that the design was based on an engraving by Marcantonio Raimondi of c.1510 -1520, which he made after the painting by Raphael. Raimondi’s print subsequently inspired a number of later treatments in print media as well as on canvas, in particular one by Peter Paul Rubens now at the Prado.