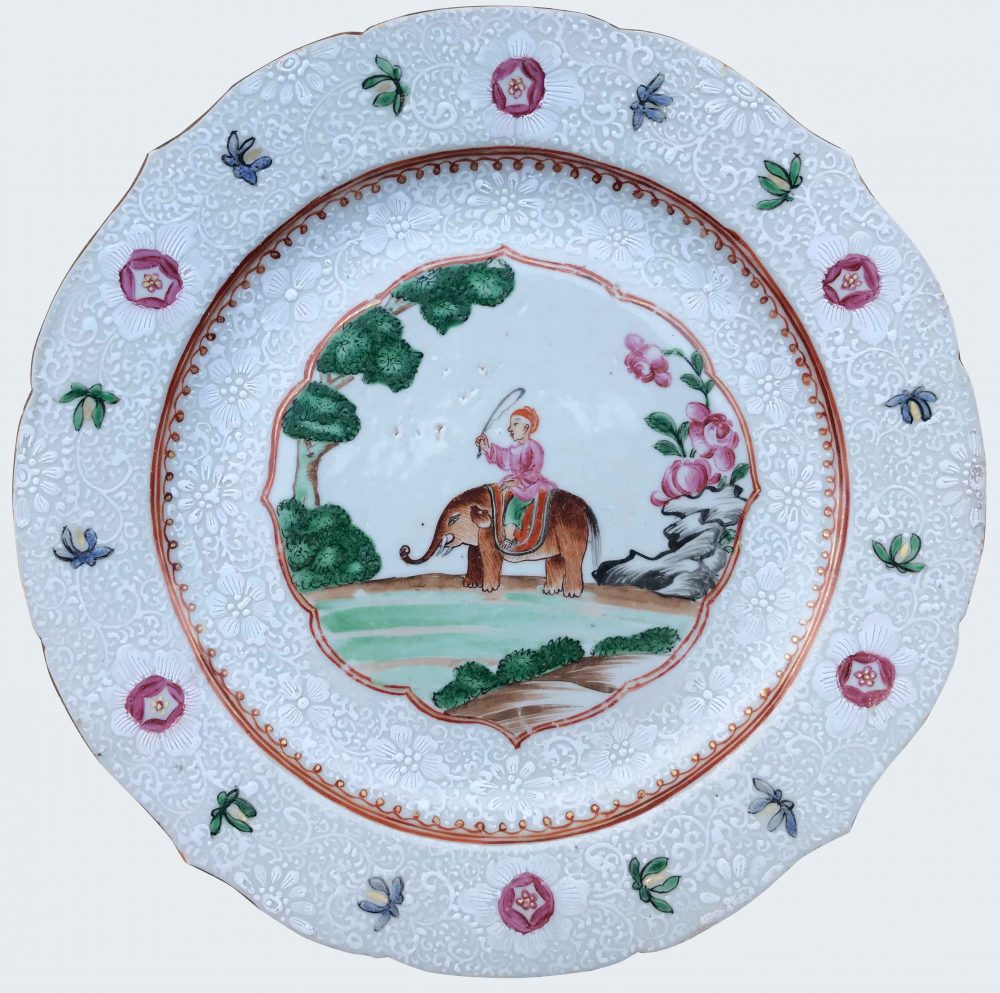 A Chinese famille rose plate decorated with elephant and mahout for the Indian market. Qianlong period.