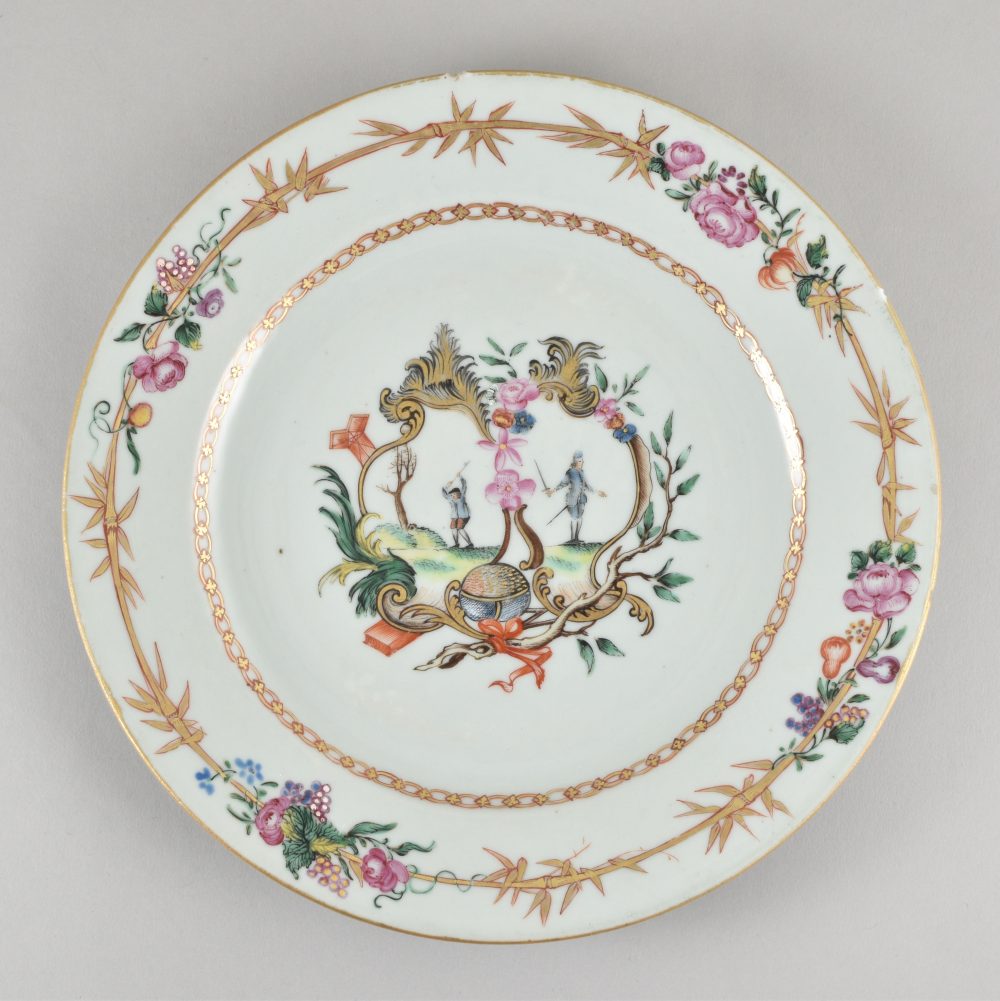 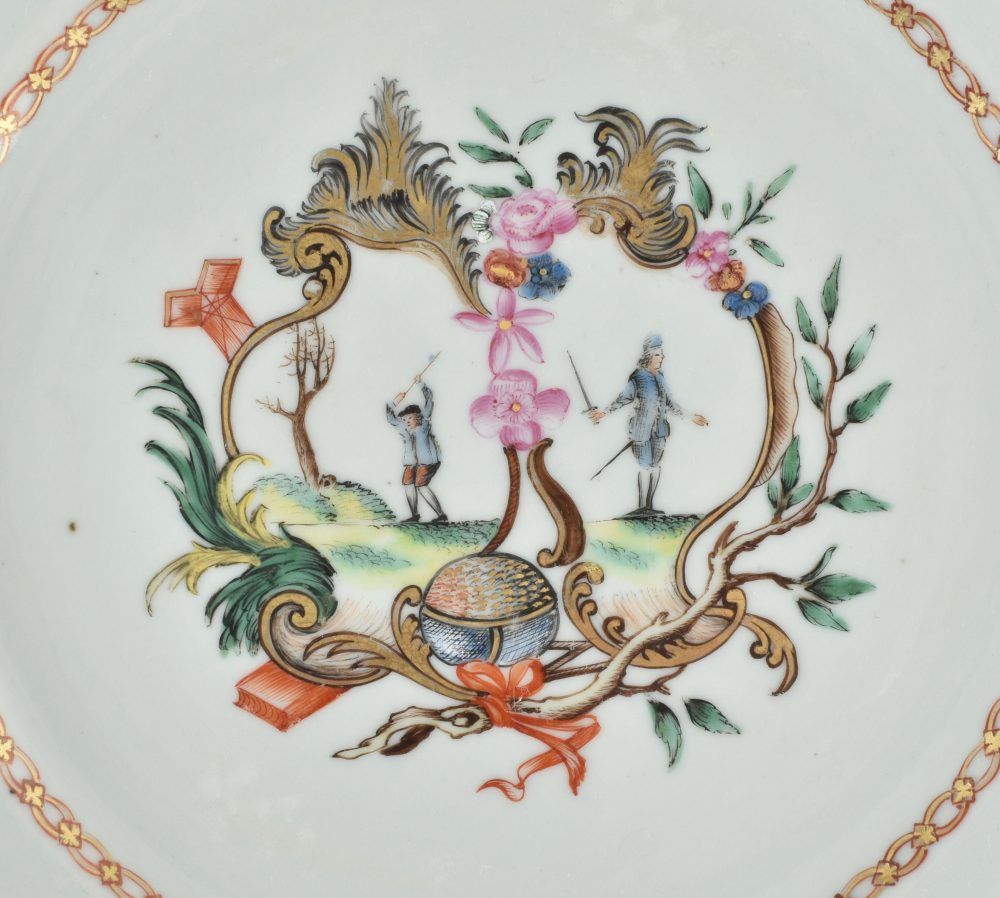 Decorated in the famille rose palette, with two shaped cartouches, one enclosing a woodcutter with axe raised, the other with a gentleman, holding a sword, the two cartouches accolés, enclosed by a foliate scrolls, within a chain border encircling the well, the rim with a border of a single stem of bamboo, crossed by leaves and intertwined with grapevine.

For a small oblong dish (described with an ancien attribution to the Scandinave market), see Paulo & Filomena Cunha Alves, From East to West, The Quest for Chinese Export Porcelain with Western Themes 1695-185, 2016, p. 189, no. 114; This dish is presently in the Fondation Orient (Lisbon).

The source for this image is unknown though it could refer to a Gentlemen’s club of the period, perhaps one inspired by Don Quixote. It has been suggested that the two figures represent Quixote and his side-kick Sancho Panza.

Several elements converge on this attribution. The first, to the center is painted the honey cauldron intended to receive the gold coins. Then, on the left, are painted a book (books of his library drove Quixotte mad), as well as a wing of a mill.