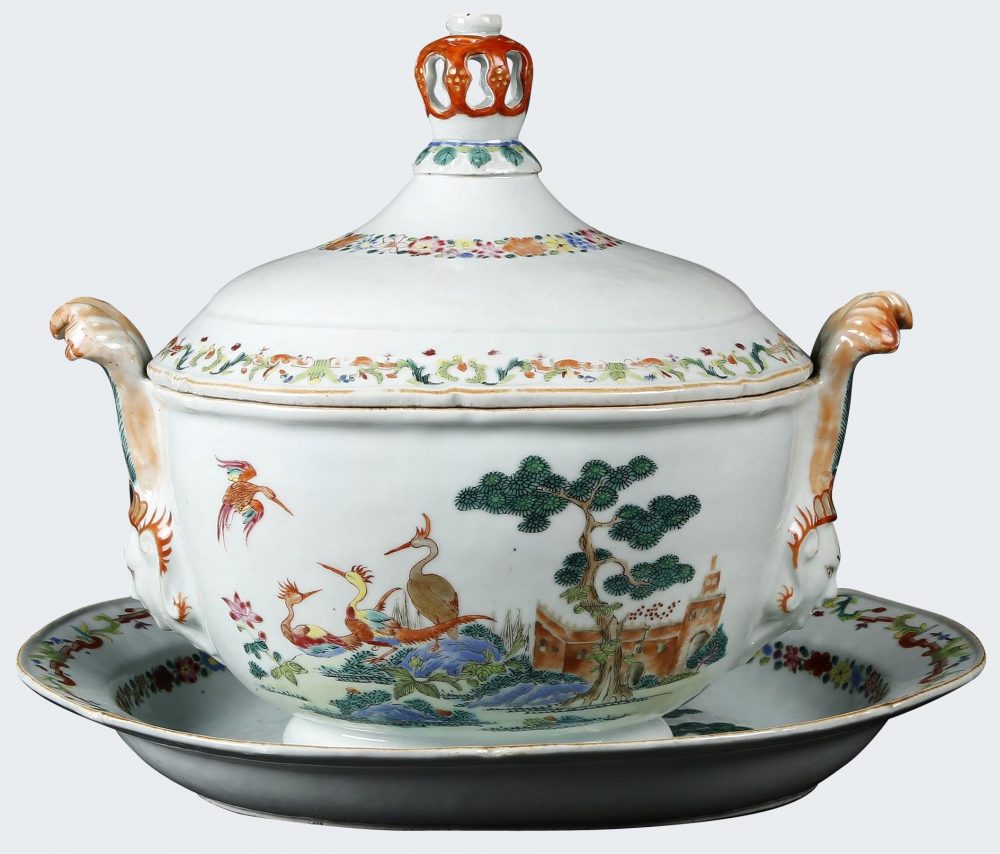 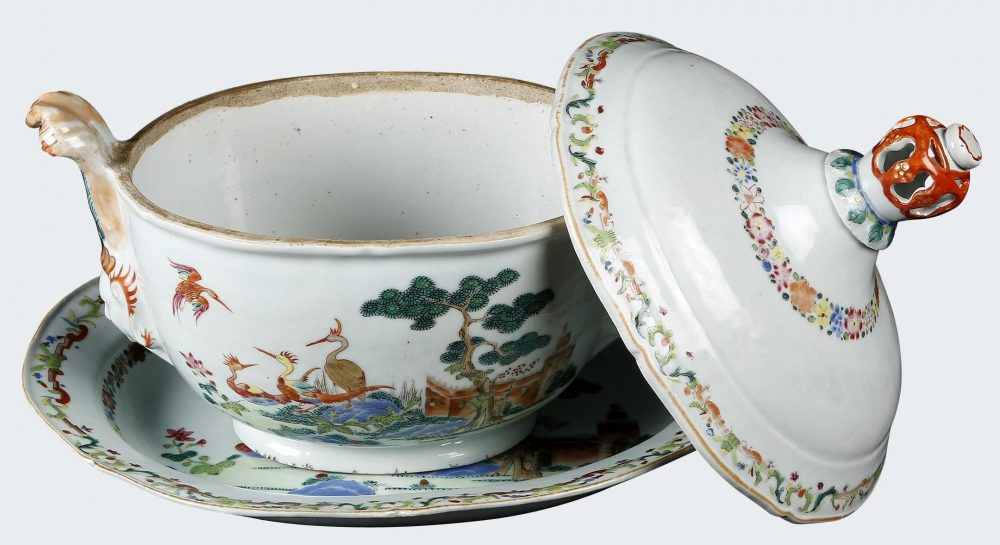 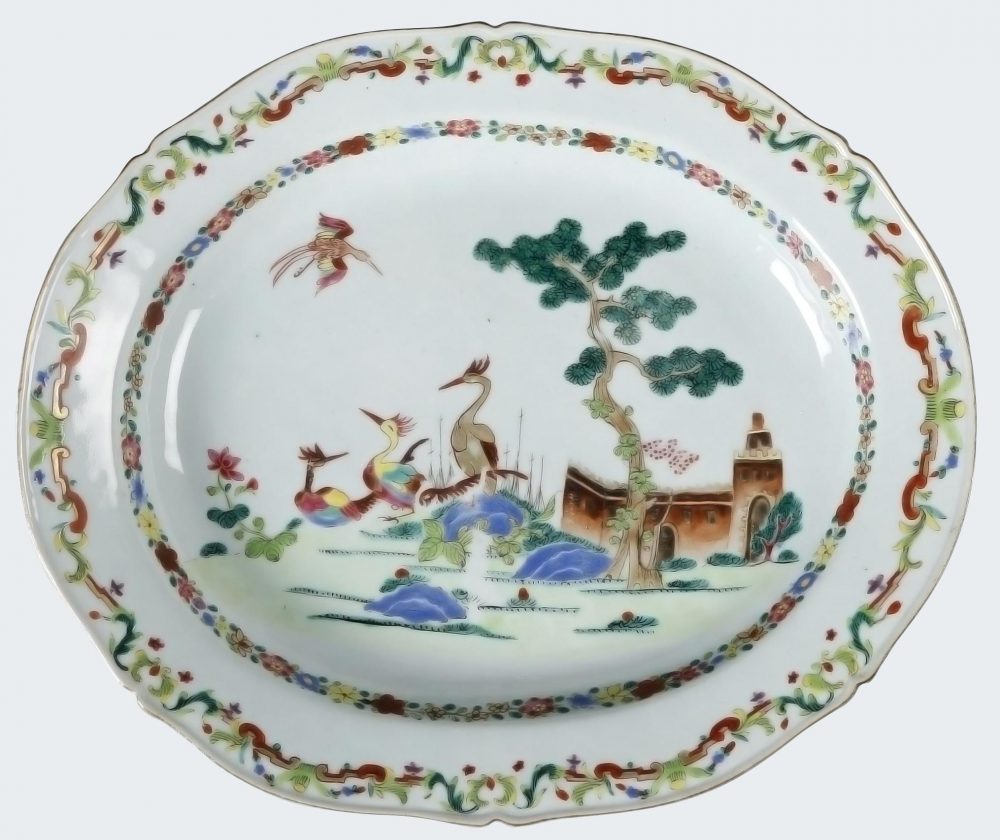 Decorated in the famille rose palette, with shaped rim, moulded mask handles with tall feather headdresses, and a pierced coronet finial, brightly enamelled and gilt with three herons in the garden of a European castle and a fourth in flight, within floral and du Paquier-style borders

From a private collector from Bordeaux

For a part of service including a tureen, see Sotheby’s New York, Property from the collections of Lily & Edmond J. Safra, 18 octobre 2011, lot 705.

For a dish in Washington DC, see Thomas V. Litzenburg, Chinese Export Porcelain in the Reeves Collection at Washington and Lee University, 2006, cat. 39.

The exotic bird featured in the central decoration probably copy those that appeared circa 1740 on Meissen porcelain. Similar birds were also known later on porcelain made by Worcester, Chelsea and others. Although the vista in the background might represent a partial seaward view of the harbor at Batavia, it more likely copies one of the many harbor scenes found on Meissen porcelain.