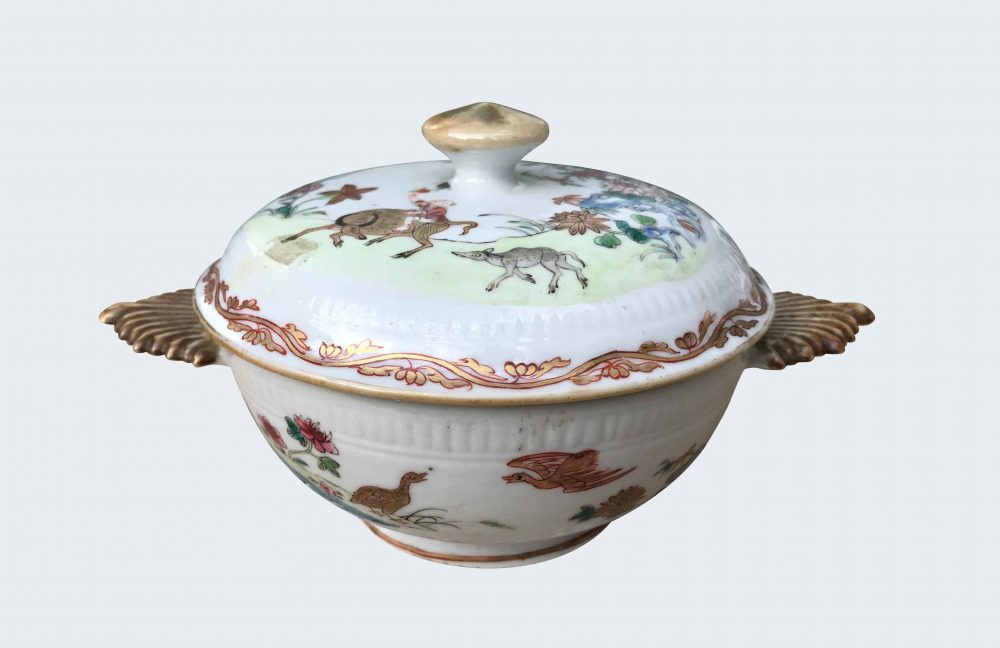 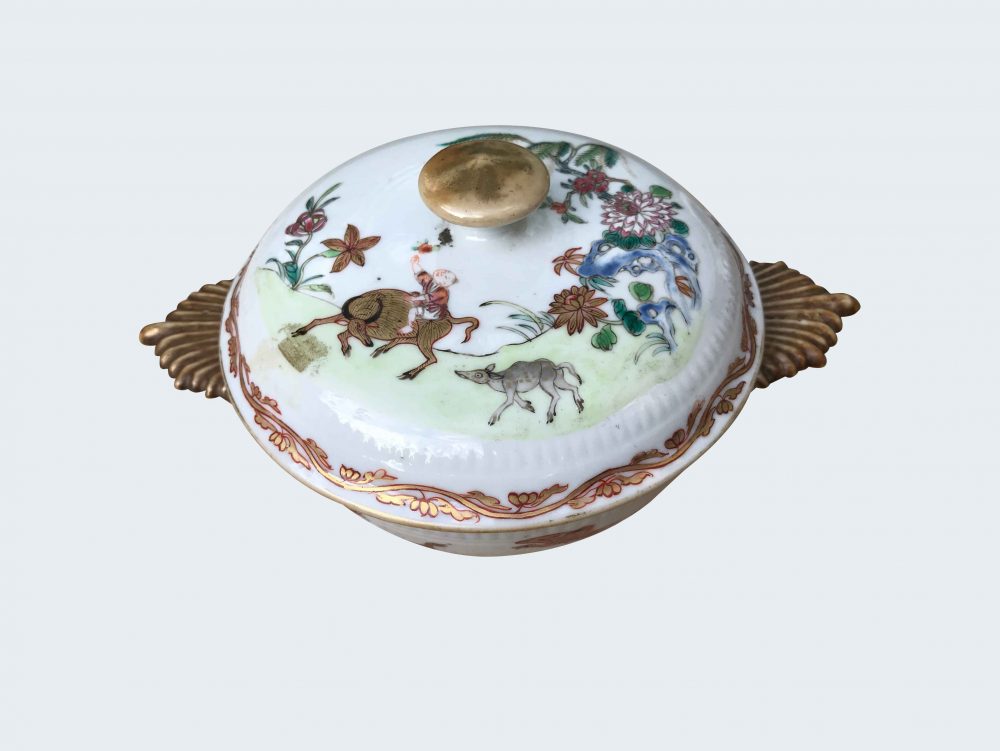 Decorated in famille verte and famille rose enamels and gilt, with foliate-vine border at the edge and with a principal scene on the cover depicting a boy holding a flowering branch while astride a water buffalo next to a calf close by a stream flanked by a willow tree amongst prunus, rocks, and chrysanthemums. Ducks at the water’s edge are painted on the bowl. The central scene of a boy astride a water buffalo was a popular decorative theme throughout the eighteenth century, and the version illustrated here is after a design that dates to the early 1730’s.

An octagonal plate, a tureen and a salt cellar with the same design, from the collection of John Van Cortland (New-York) are preserved at the Newark Museum (bequest of Mrs Sarah J. Schuyler Van Rensselaer) and are illustrated by Jean Mc Clure Mudge in Chinese Export Porcelain in North America (1990, no. 245) 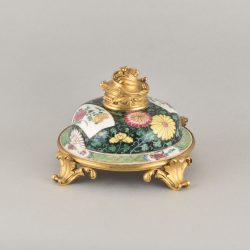