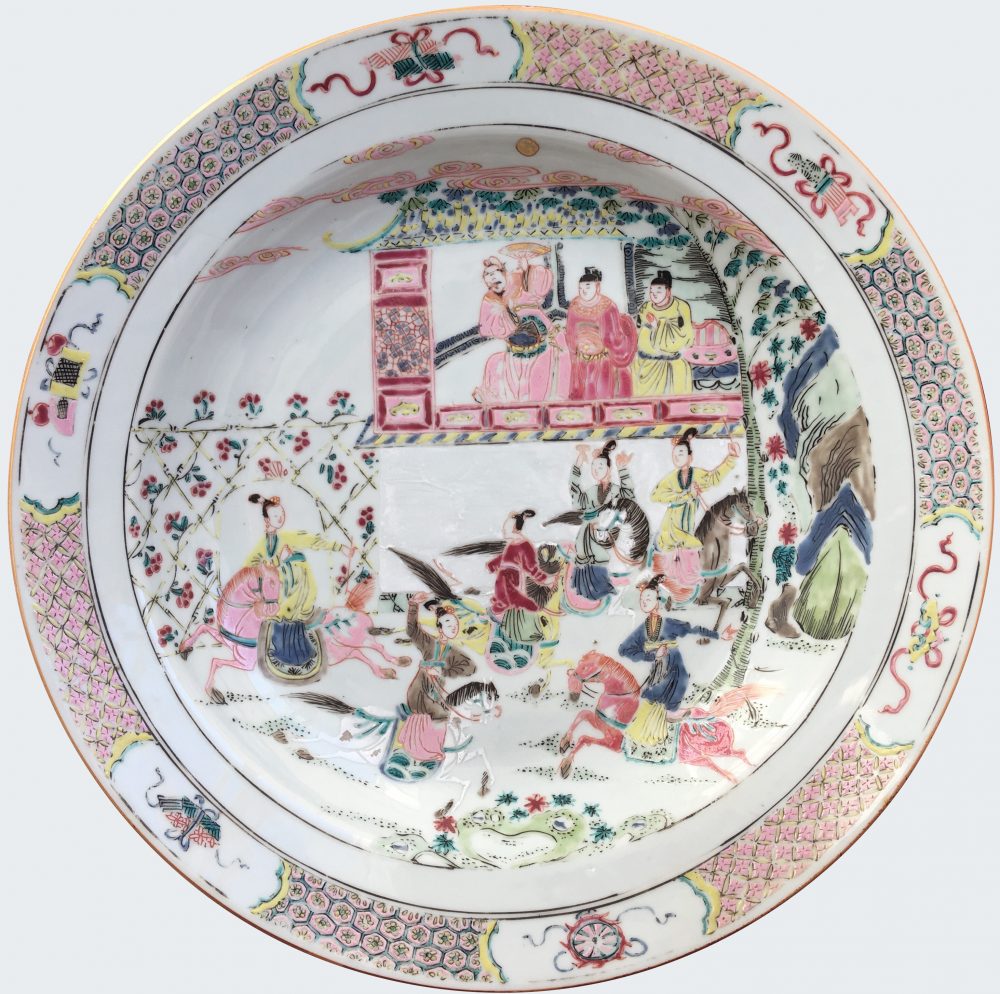 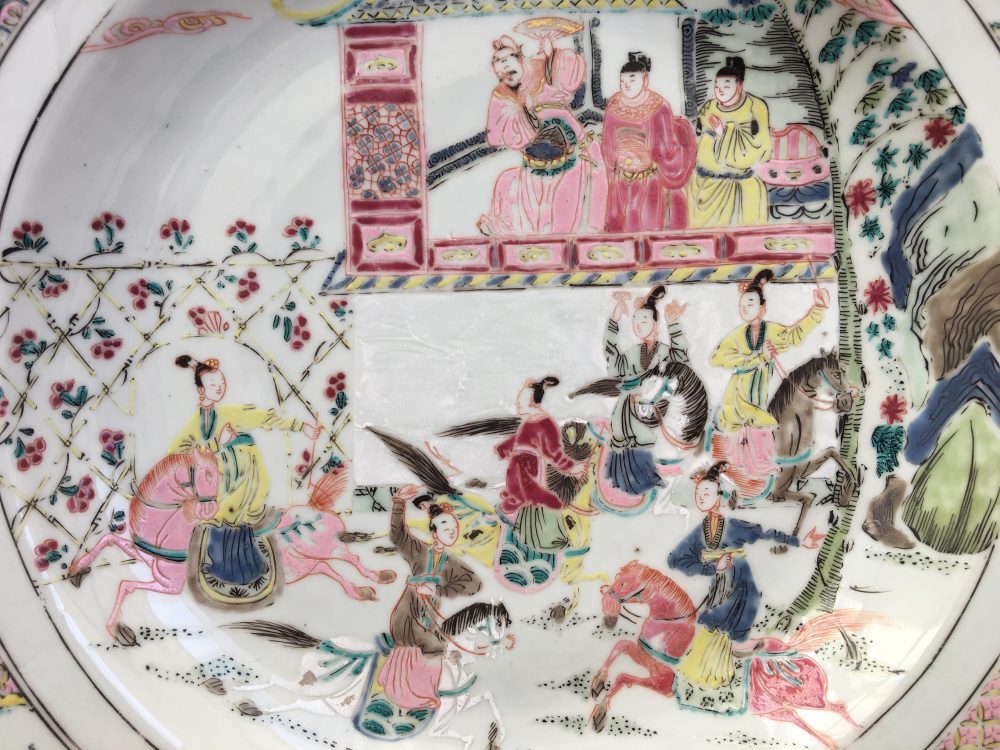 A Chinese famille rose dish decorated with The Generals of the Yang family. Yongzheng period.

Enamelled in the famille rose palette and gilt, with a scene of the Yang Jia Jiang Yanyi (The Generals of the Yang Family), with six female warriors on horseback in a garden being watched by a dignitary and attendants on a pavilion balcony, the rim with a band of cell and trellis-pattern and reserved with six ribboned emblems in cartouches.

The center of this dish bears a design known as « The generals of the Yang family ». The center appears to show Mu Guying and five others of the Yang widows preparing for battle.

This design appears to have been popular from about 1715-1735, at a time when extremely fine quality porcelain was produced. Dishes with this design and from this period are found decorated in the famille verte, famille rose-verte or famille rose palette. Famille rose-verte dishes with this design were known to have been amongst those in the vast collection of August the Strong (see F. Reichel, Die Porzellansammlung Augusts des Starken, Dresden, 1993, no. 21).