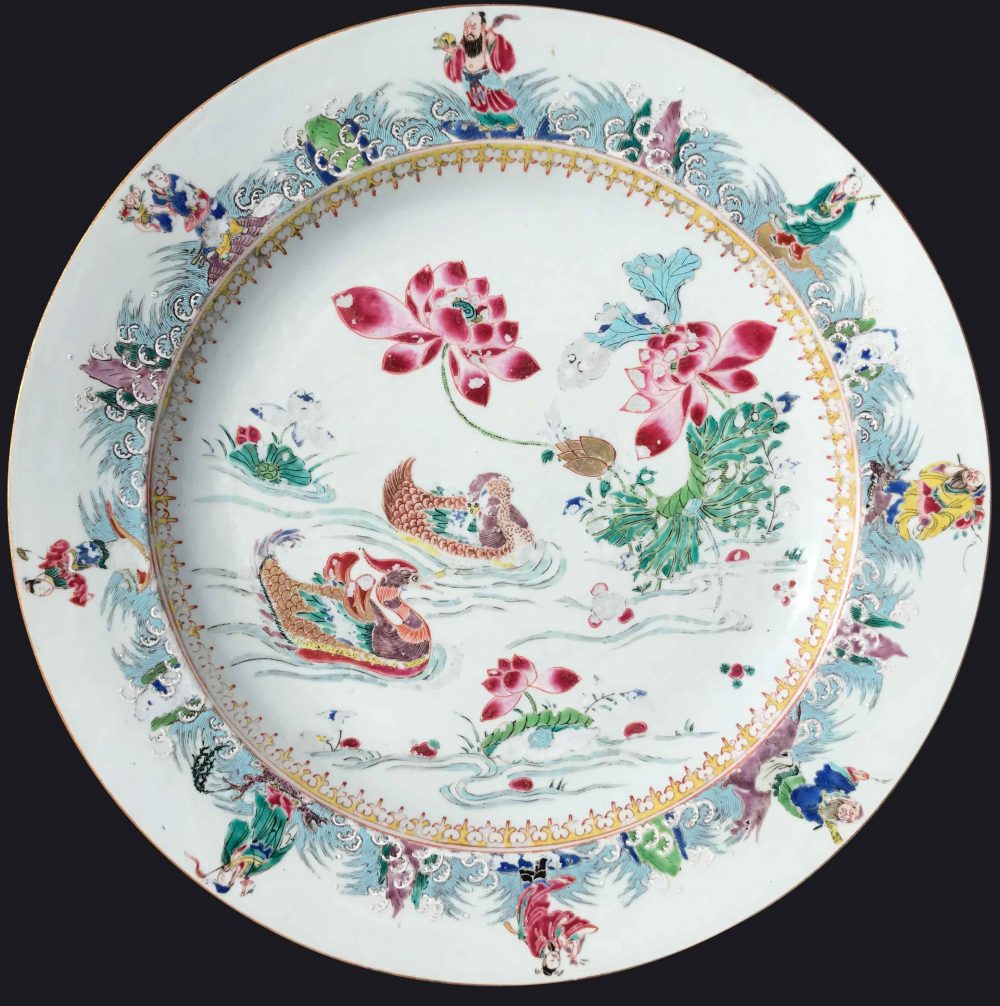 Richly painted in rose-verte enamels, the centre with two ducks swimming among lotus enclosed by a yellow enamel spearhead line at the well. On the rim, the eight Daoist Immortals in choppy coastal seas. 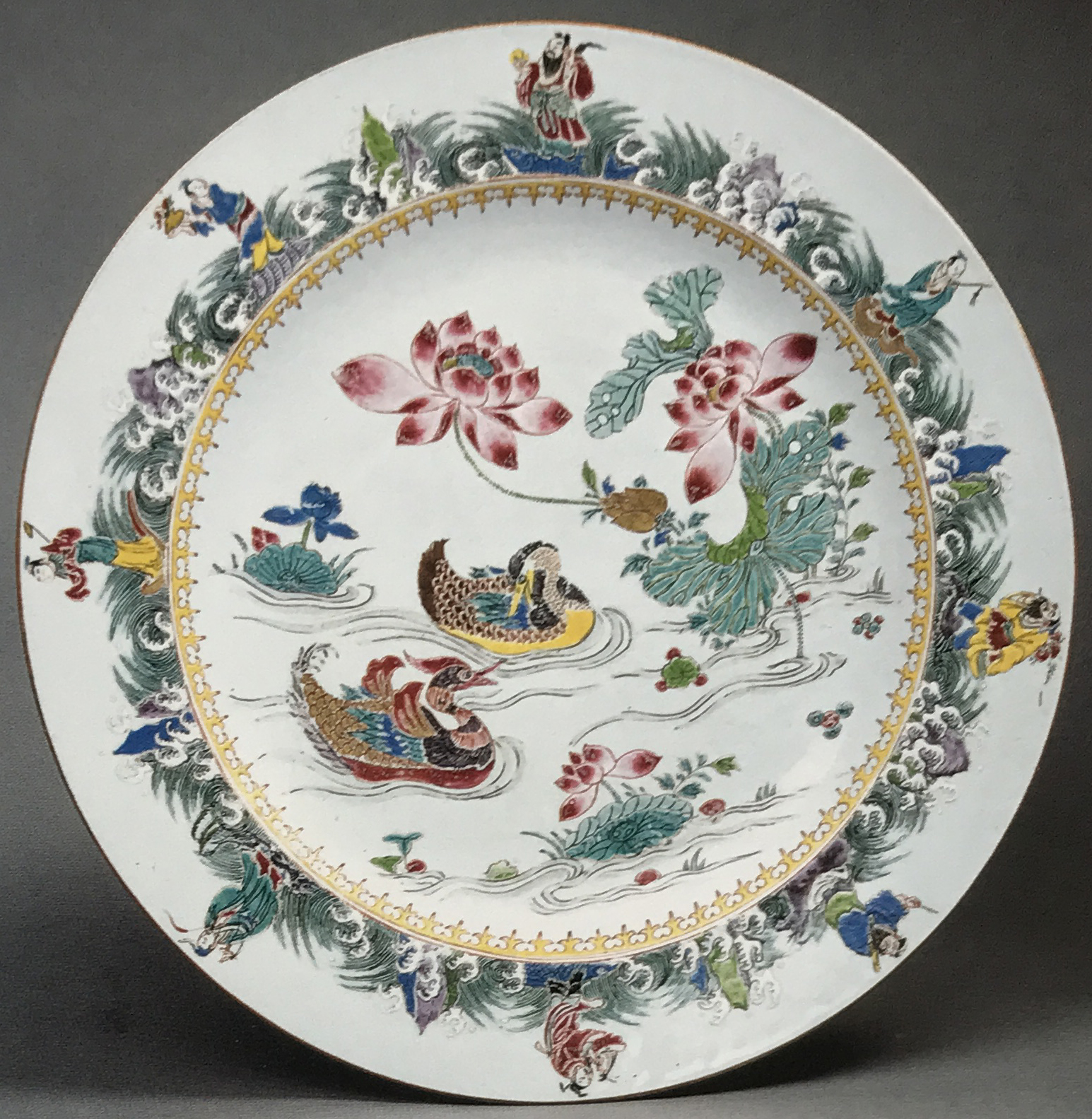 This design is known on plates and is entirely Chinese, although made for export, and was almost certainly available for European private merchants in Canton.

Mandarin ducks are referred to by the Chinese as yuanyang, where yuan and yang respectively stand for male and female mandarin ducks. In traditional Chinese culture, mandarin ducks are believed to be lifelong couples, unlike other species of ducks. Hence they are regarded as a symbol of conjugal affection and fidelity, and are frequently featured in Chinese art.