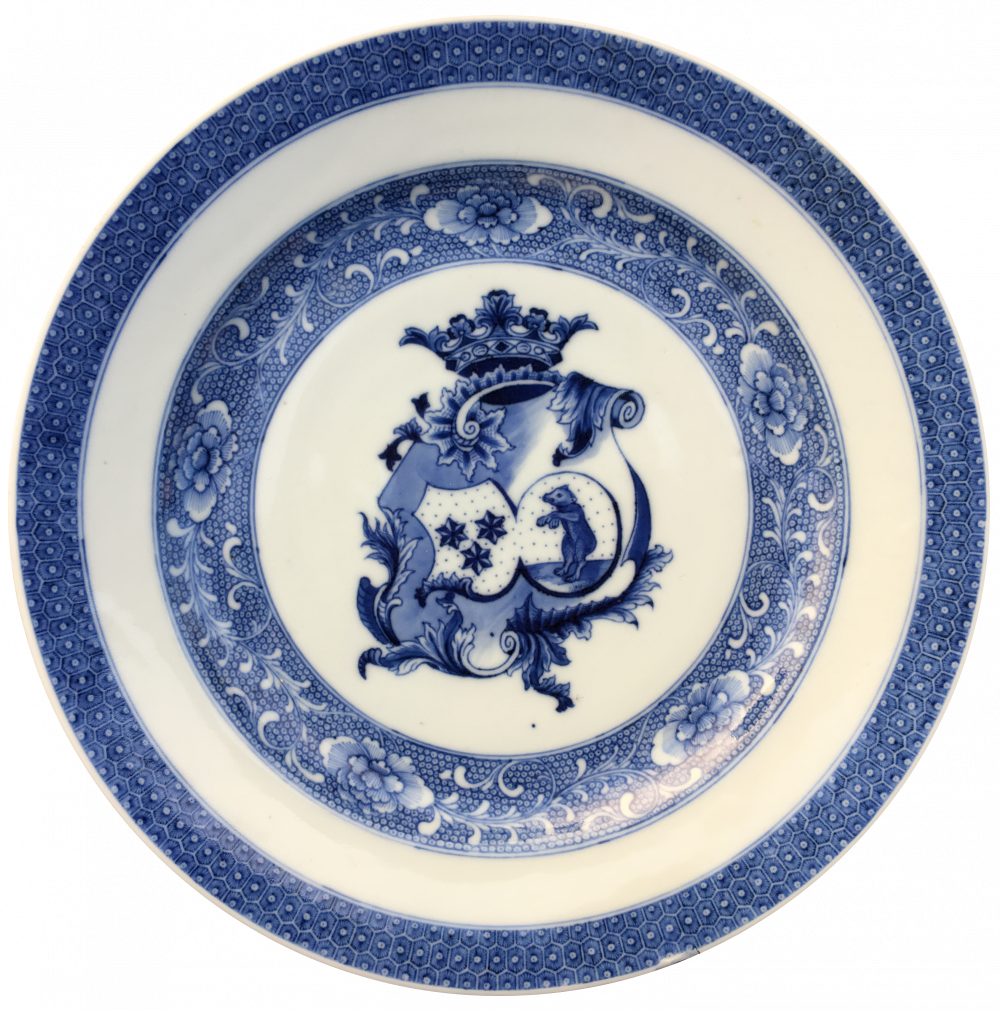 Painted in underglaze blue, with the arms of Greven and Gronard(t) side-by-side.

A plate is in the collection of the Rijkmuseum à Amsterdam (AK-NM-13390).

Casparus Greven was a junior merchant in Banda Neira in 1758, who probably ordered this service when he married for the second time with Anna Jacoba Lea Gronard(t). She was the daughter of Frederick Gronard(t), who arrived in the East Indies in 1732 and served the V.O.C. in Amboyna. He became a merchant in Hila in 1750, and then in Pulau in 1754.