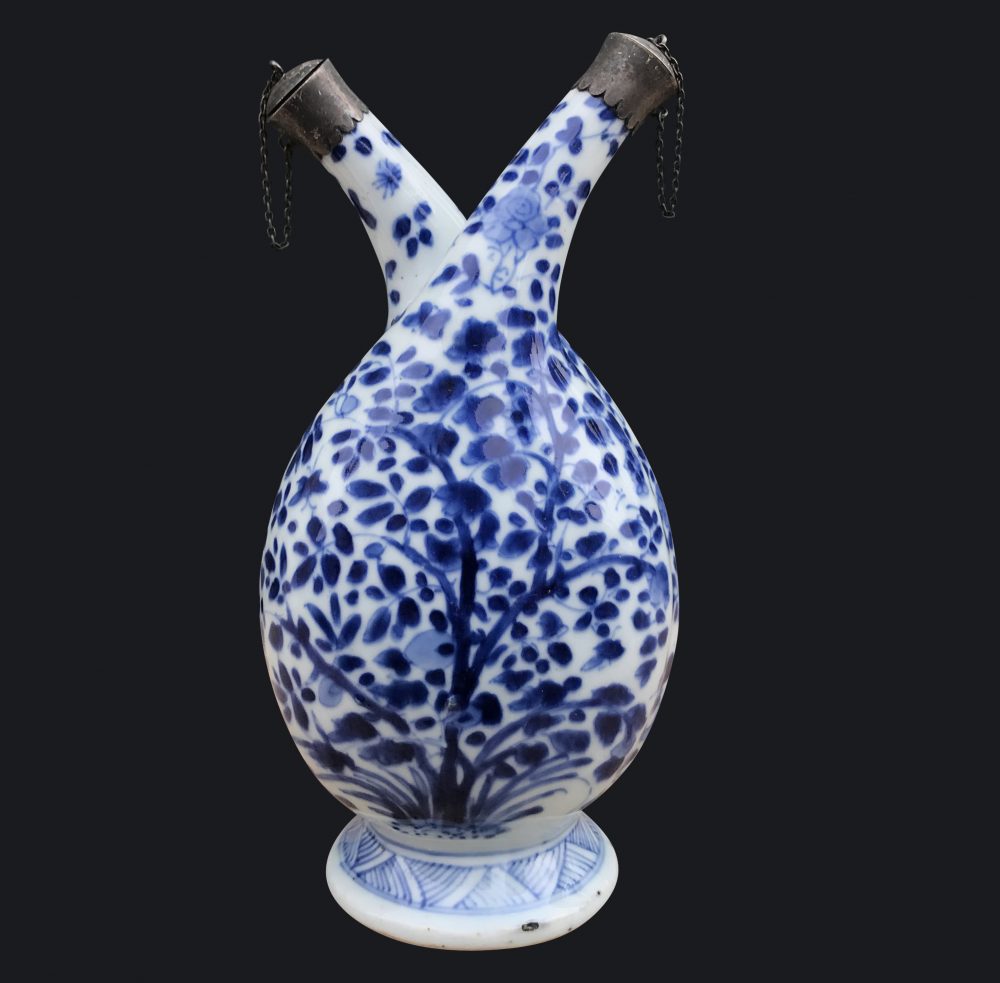 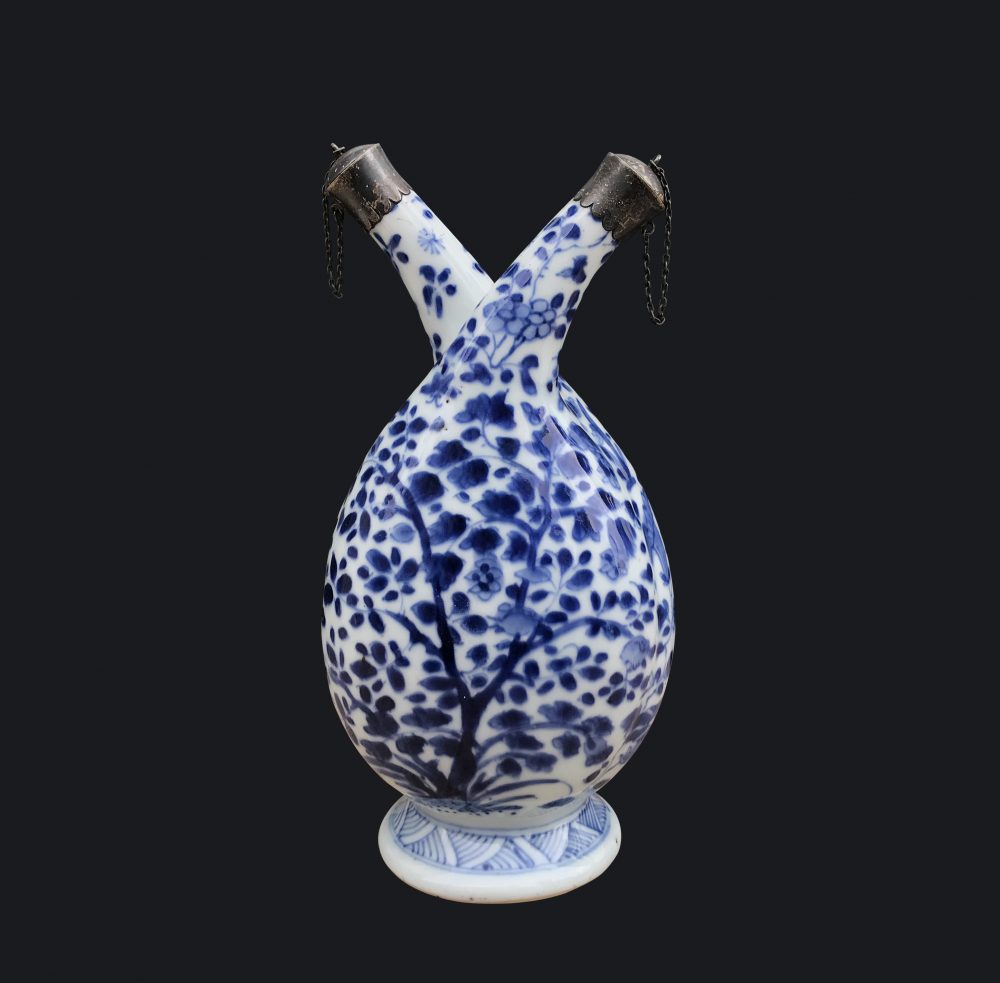 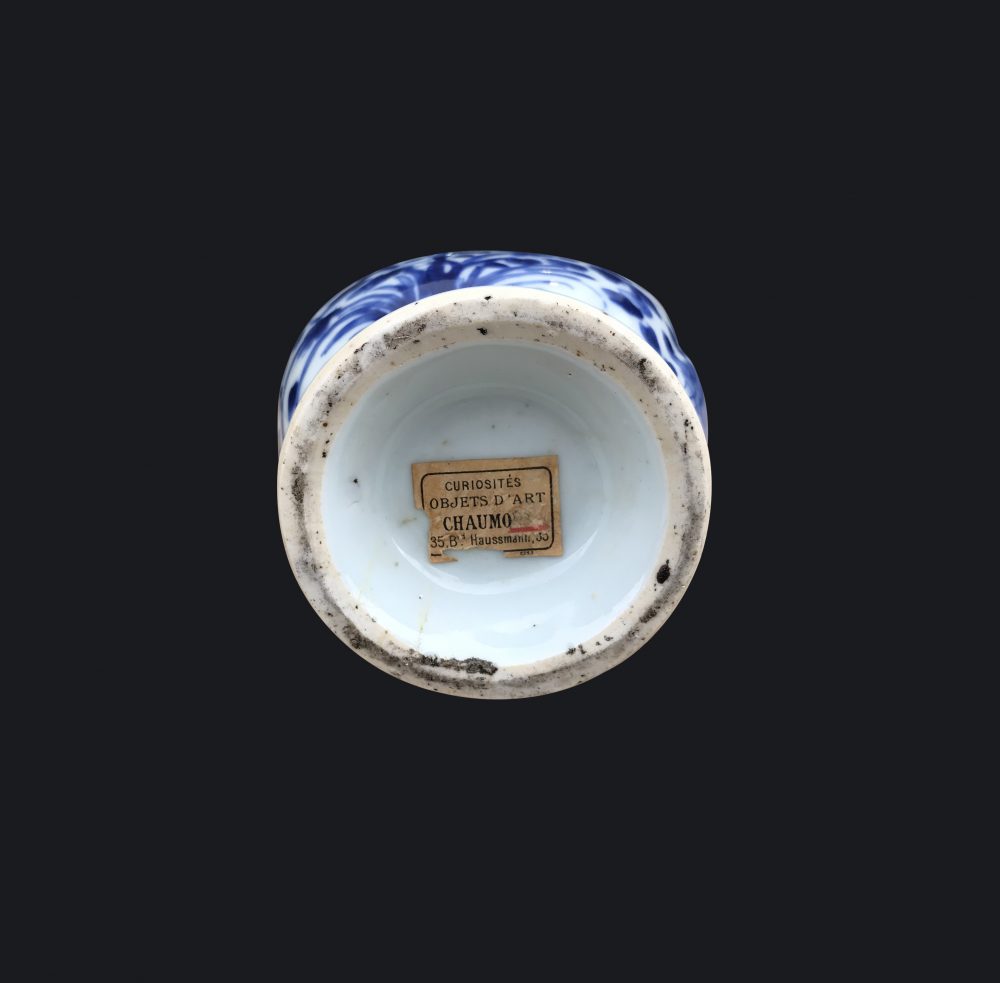 After a European glass model, of a double-bodied form, the body with two twisted spouts, painted in underglaze blue with continuous flower sprays running up the moulded bands, each spout with a narrow band of triangle-work around the rim of the mouths, a small band of stylised wave pattern around the foot.

An almost identical cruet is illustrated by C. J. A. Jörg & Jan van Campen in Chinese Ceramics in the Collection of the Rijksmuseum, Amsterdam: The Ming and Qing Dynasties, p. 256, pl. 293,

Another similar cruet is illustrated by Jörg in Chinese Export Porcelain, Chine de Commande from the Royal Museums of History and Art, Brussels, 1989, pl. 2.

The cruet was made after a European glass model, in all probability for the Dutch market. The cruet has a vertical partition inside and would have contained oil and vinegar for use at the table.

Christine Shimizu discusses the glass models the shape has been based on as notably being made in Lorraine, France, during the 17th and 18th century but due to their fragility being replaced by porcelain examples and how later porcelain models of this shape were being reproduced around 1725-1730 by Meissen.