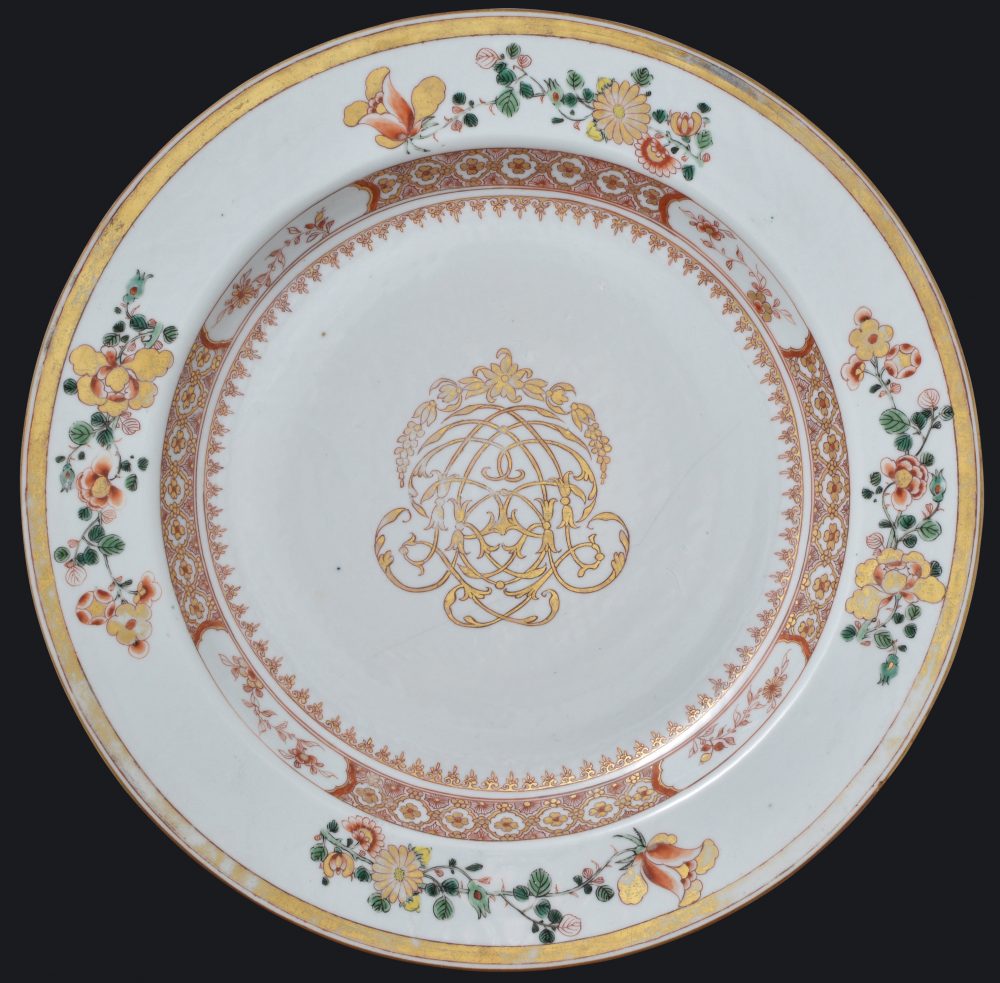 Decorated with the famille verte and gilt, with a central cypher.

This service was probably commissioned by Thomas Ray, alias O’Regan, who had settled in Ostend and who was the first private shipowner to obtain authorization from the Austrian authorities to trade with the Far East. Ray played a decisive role in the development of the international maritime trade of the Southern Netherlands. Involved in the founding of the Compagnie d’Ostende, he became, with the help to the Emperor Charles VI, one of its directors.