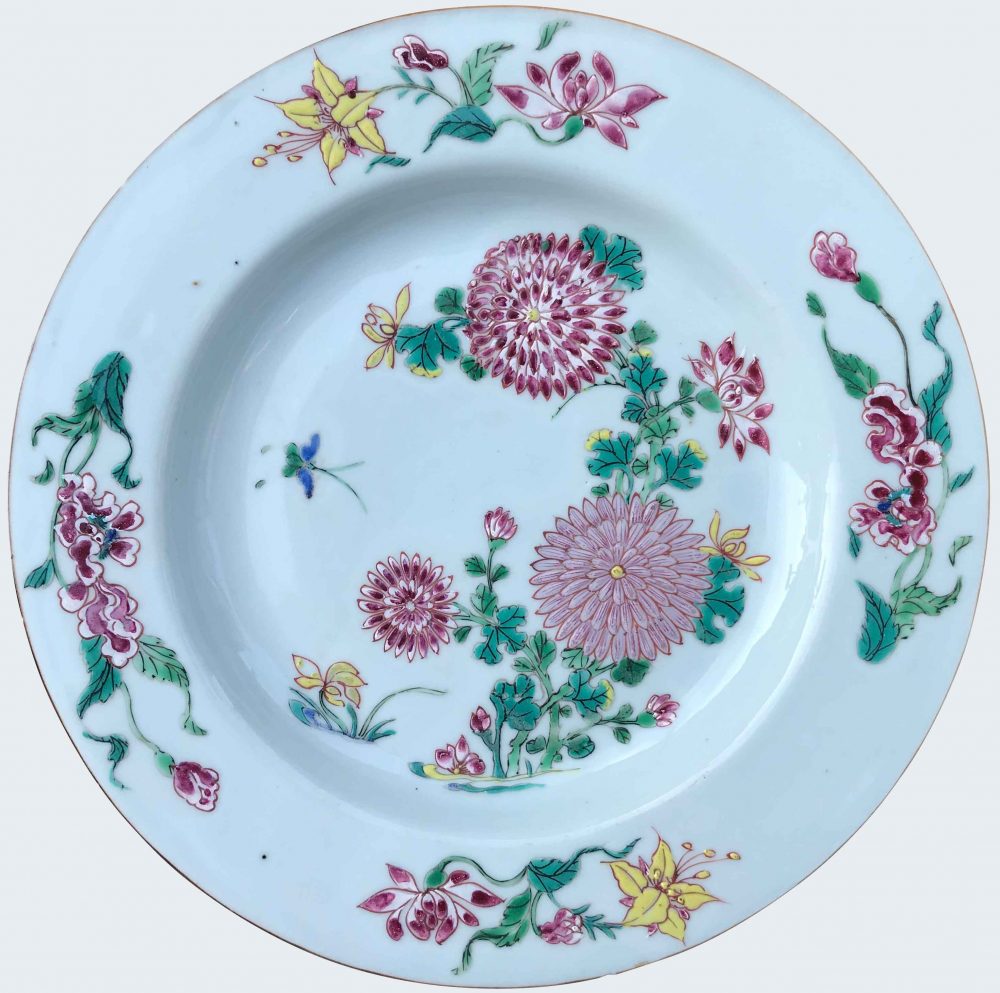 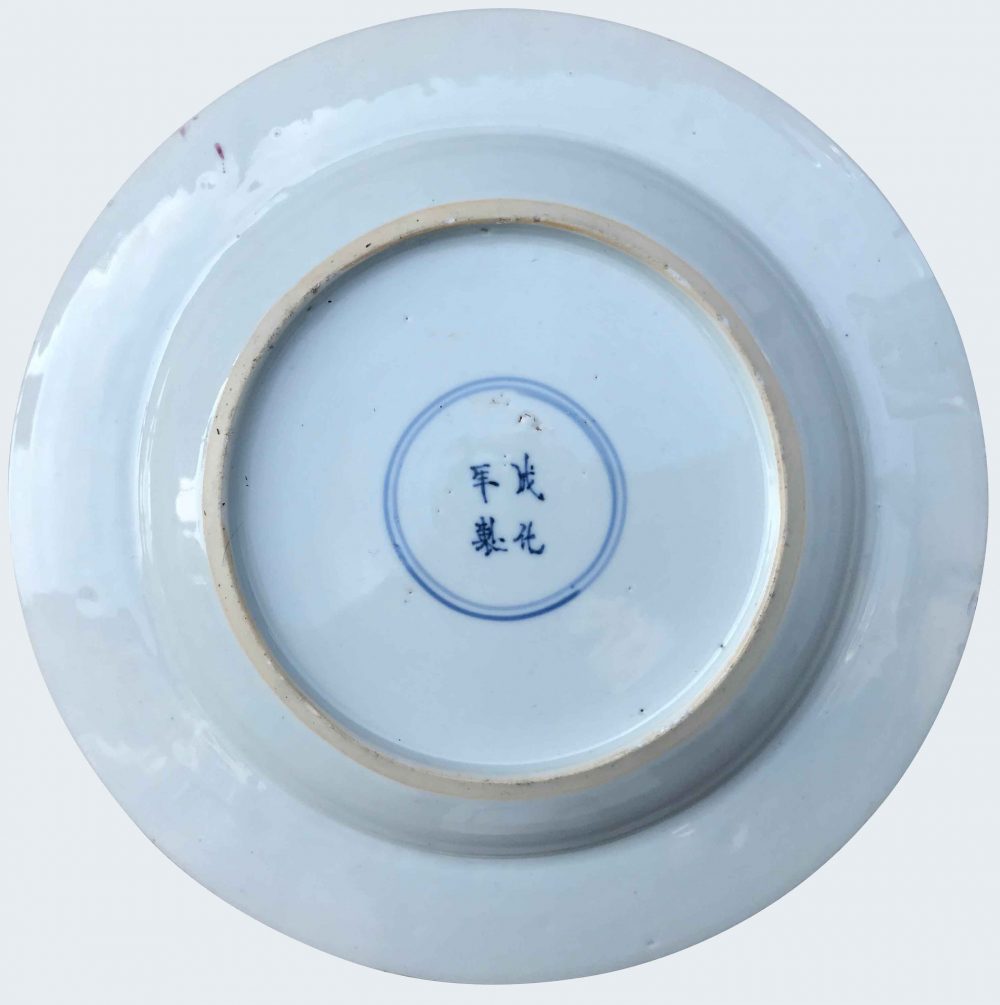 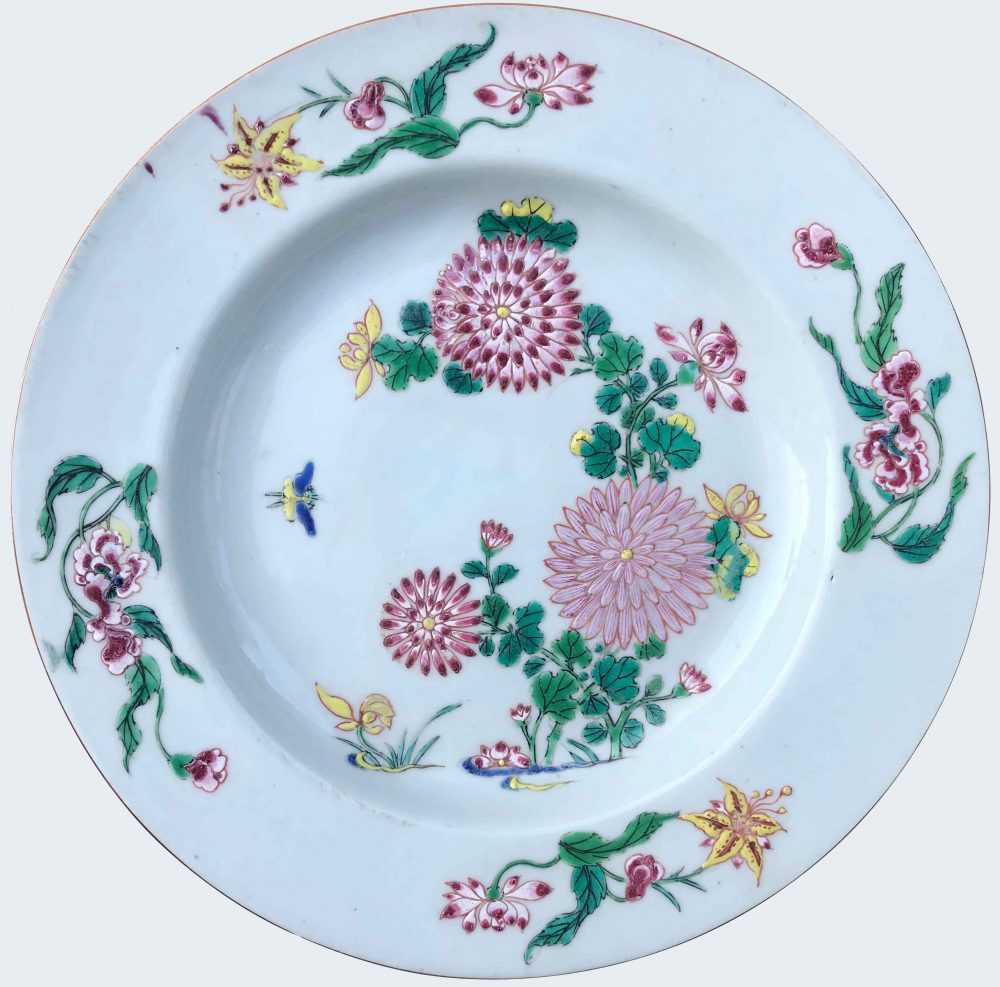 The Chenghua mark (1465-1487) which can be found on Chinese Export Porcelain during the 17th and 18th centuries was not intended as a forgery on the period, but rather as a compliment to the quality of the piece. It was quite used during the reign of Kangxi (1662-1722) to replace his mark because he forgot the use of his mark on porcelain made for export after 1682. This ban was nominally remained in force until the late 19th century.

The presence of this Chenghua mark on Chinese Export Porcelain of the Yongzheng period (1723-1735) is unusual. There is no doubt that this plate is from the Kangxi reign (1662-1722). If the decoration is from the same period, it would be one of the earliest export Fencai enamelled pieces, as the plate published by A. Varela Santos (100 years of chinese export porcelain, 2013-2014, London, no. 99).

However, it is also possible to attribute it to the early part of the Yongzheng period (1723-1735) when an earlier plate was used, but this is a troubling thing to find it only on specific group with the same type of very bold decoration, which have similarities to the one from the Kangxi reign (1662-1722) and not to the ones of the Yongzheng reign (1723-1735).