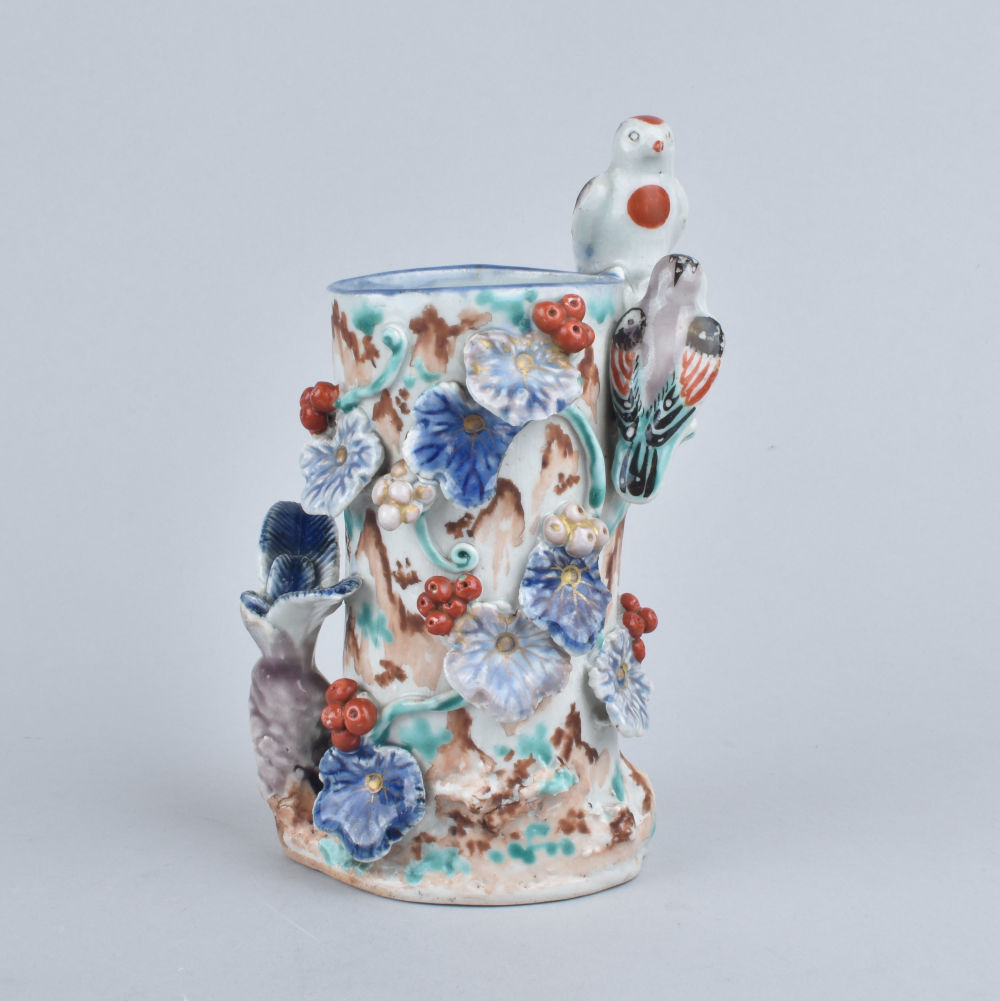 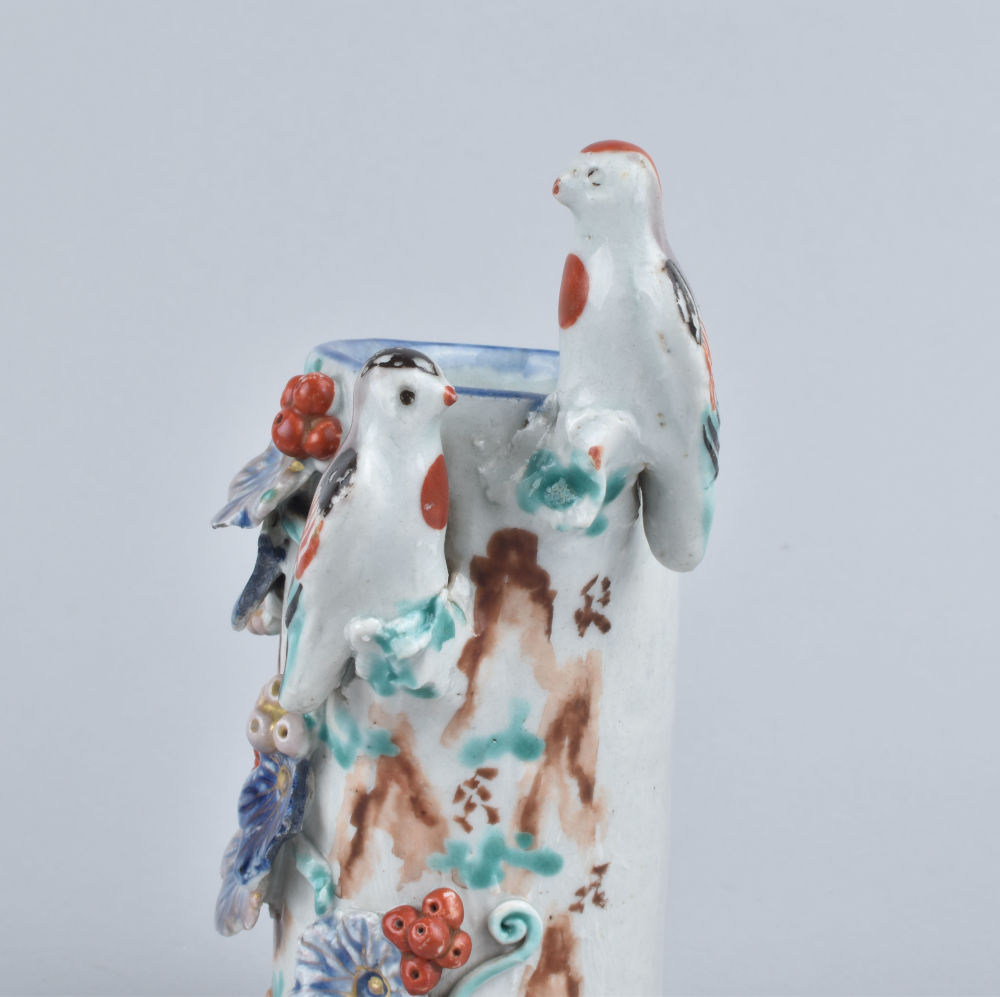 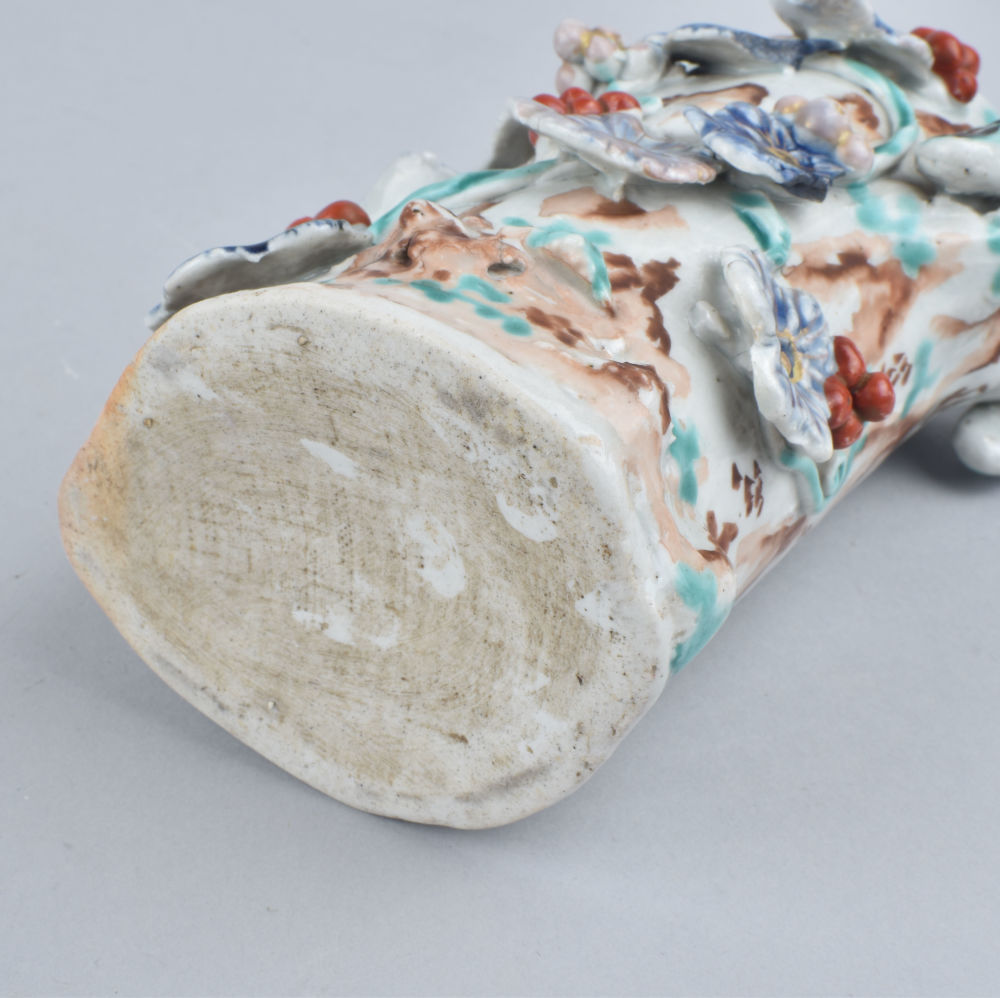 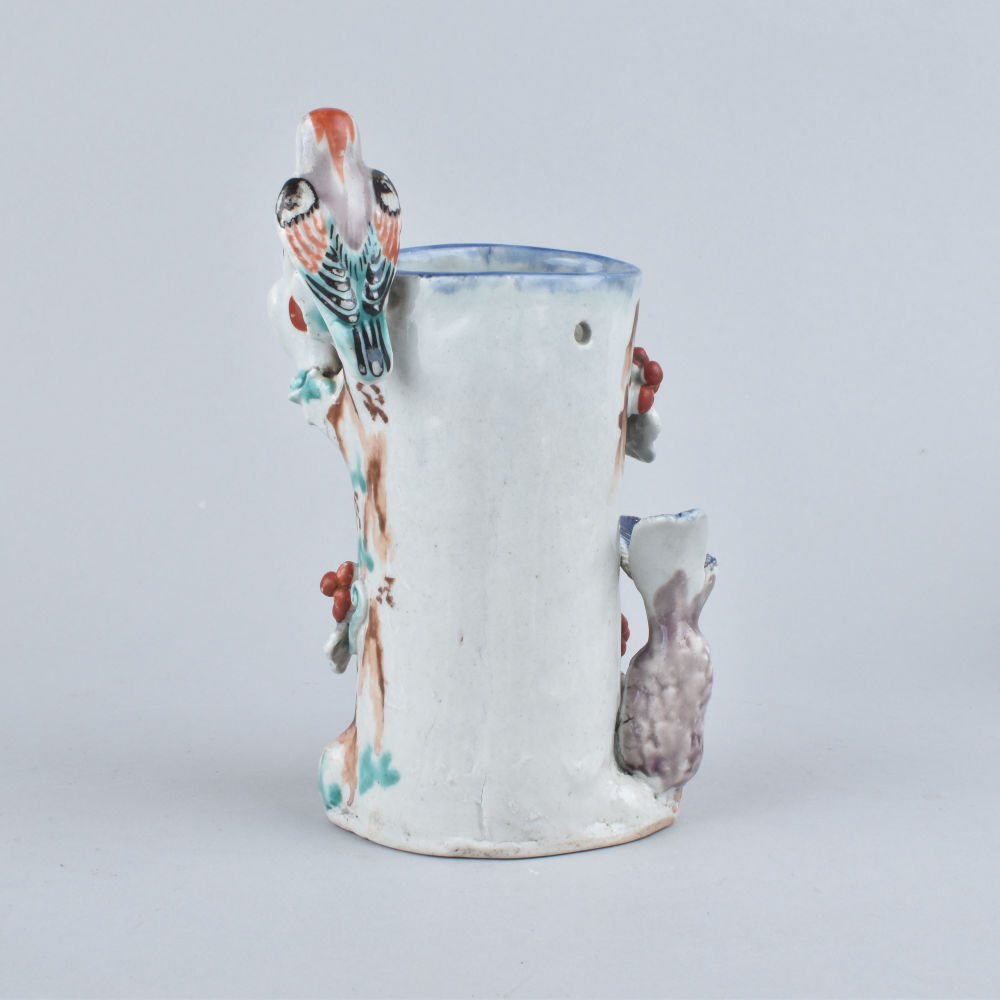 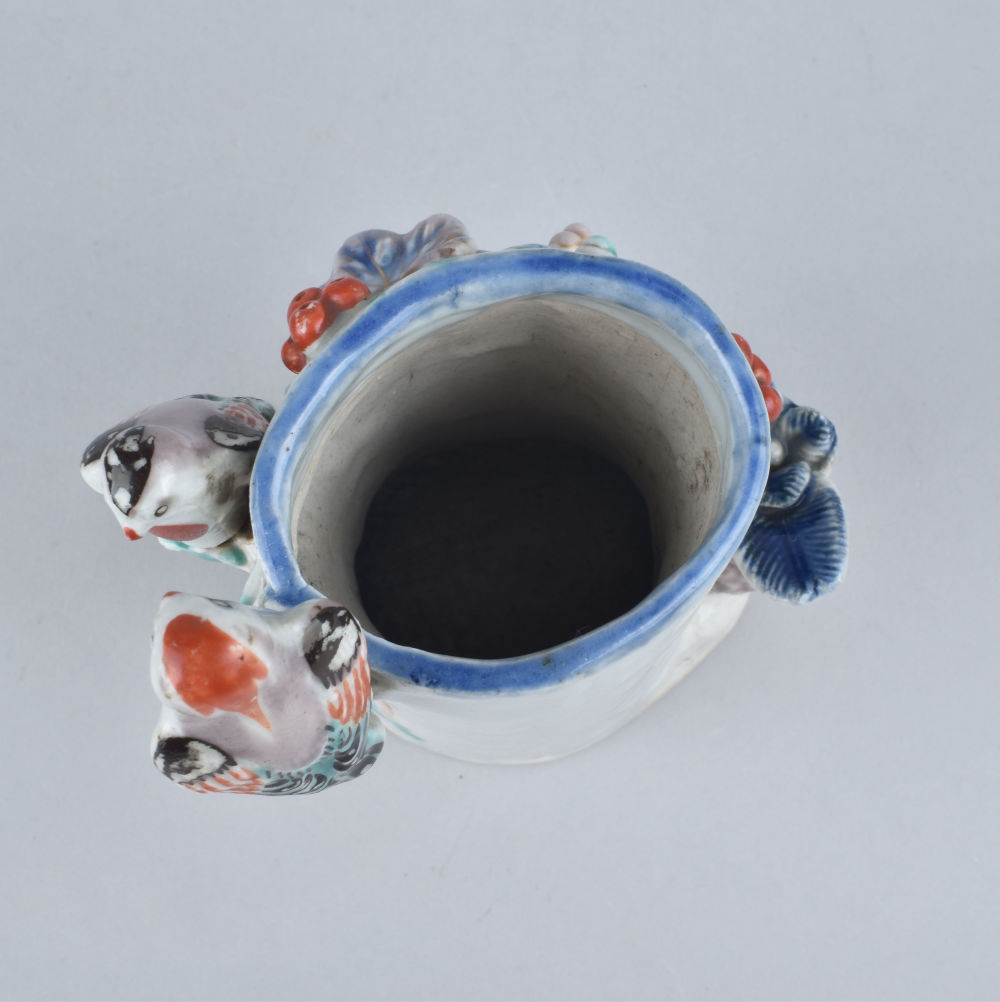 The vase simulating a tree hunk, and decorated with applied fruits and leaves, two falcons on the rim, with a red circle on their chests for the rising sun, symbol of Japan.

A similar vase is in the collections of the British Museum (from Burleigh House), and illustrated by Soame Jenyns in Japanese Porcelain (no. 53)