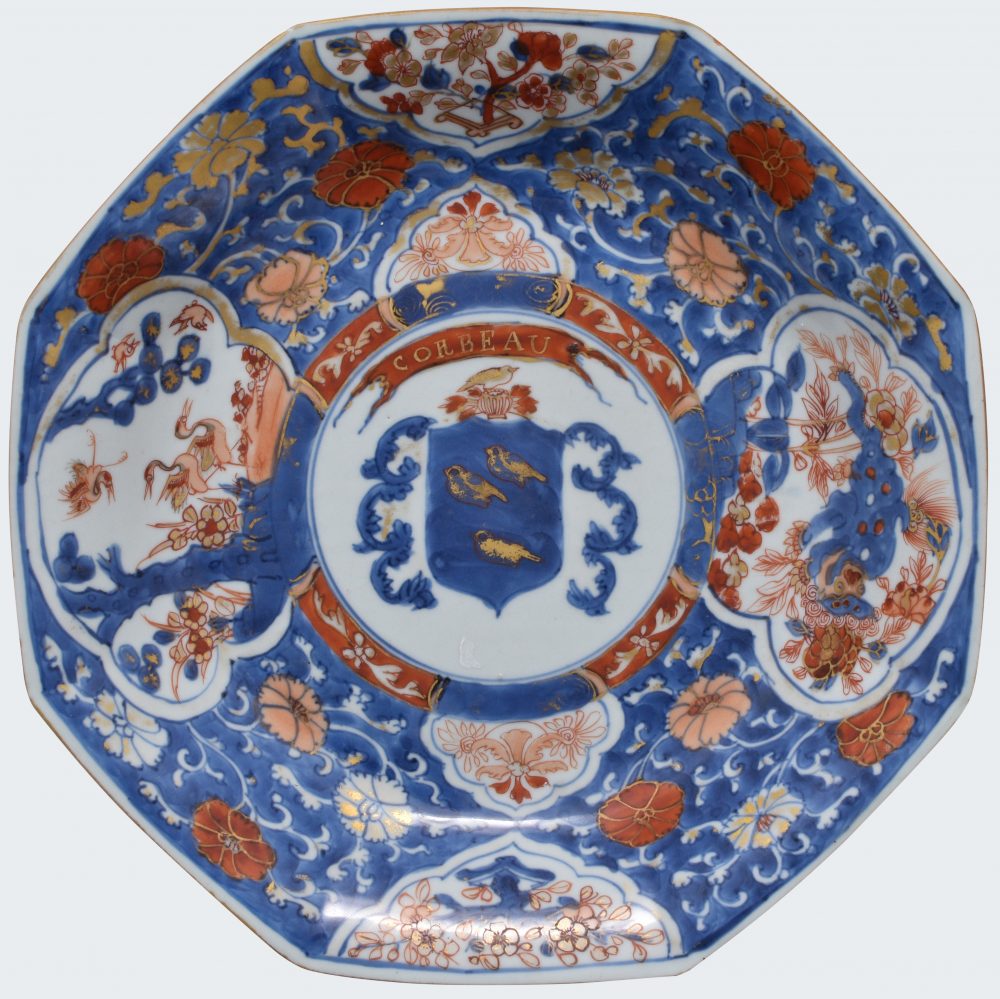 The octagonal dish decorated with a central roundel depicting a coat-of-arms below a scroll inscribed CORBEAU, surrounded by shaped panels enclosing plants, a Buddhistic lion and a group of cranes, reserved on a washed-blue ground with meandering camellia.

From a private French Collection

For an identical (smaller) dish, see David S. Howard, The Choice of the Private Trader , The Private Market in Chinese Export Porcelain illustrated from the Hodroff Collection, p. 47, no. 15.

This dish is presently in the collection of the Minneapolis Institut of Art (USA, inventory number 2005.159.17, Gift of Leo and Doris Hodroff). 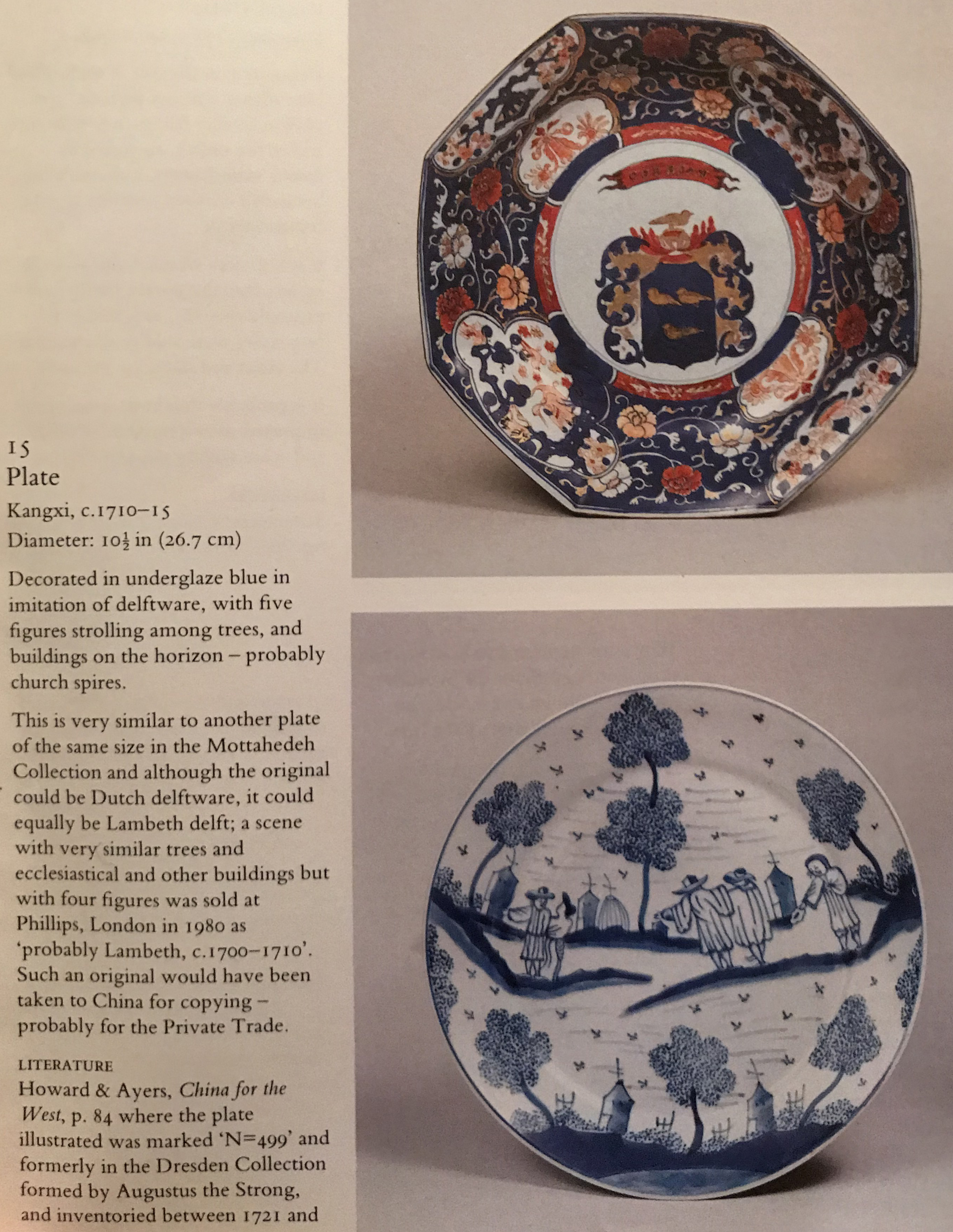 This seems to be from a group made for the Corbel or Corbet family of France, all of whom had arms with three crows (corbeau meaning crow in French). This service may have been made for the French families of Corbeau (de), of the Forez district, Corbel of Brittany, or Corbet of Normandy.

The service may also have been made for a Dutch family. A similar group is known inscribed PAMEN for the Dutch family.The border design closely follows its Japanese original, which was also copied at the Meissen Factory near Dresden.