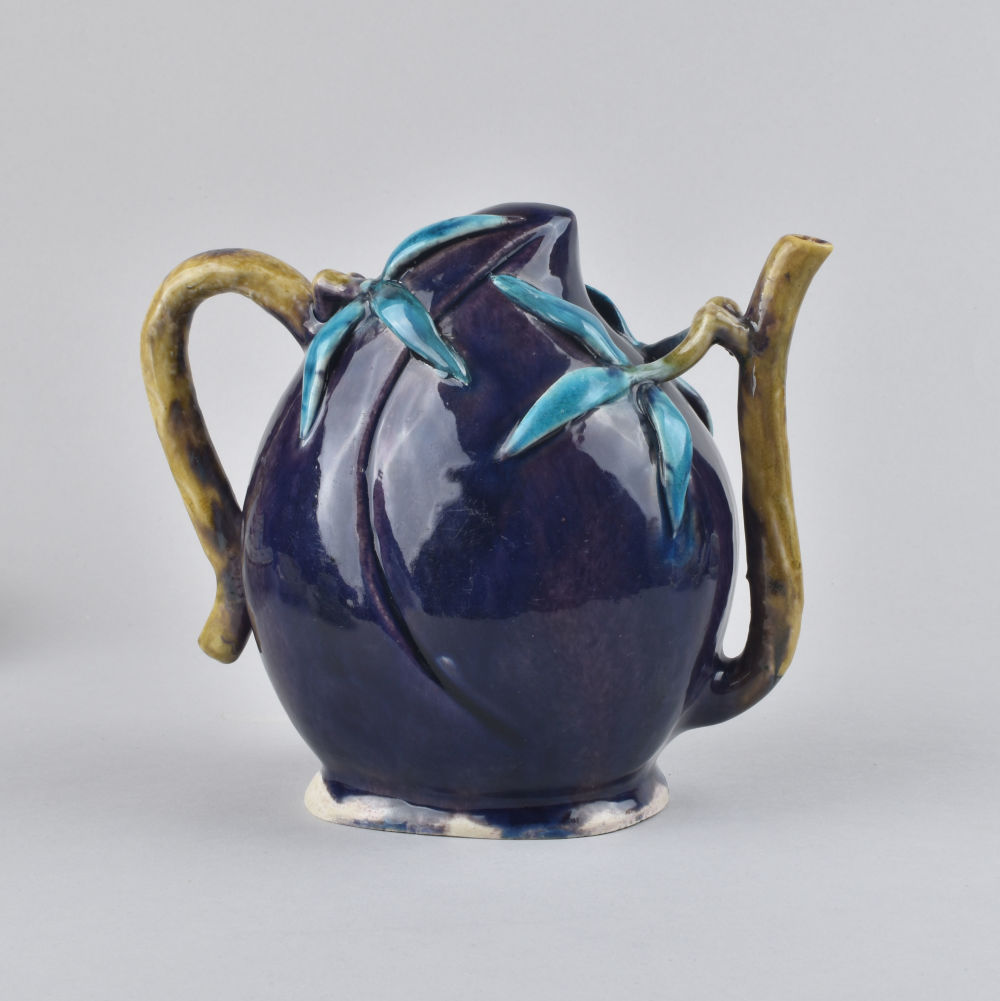 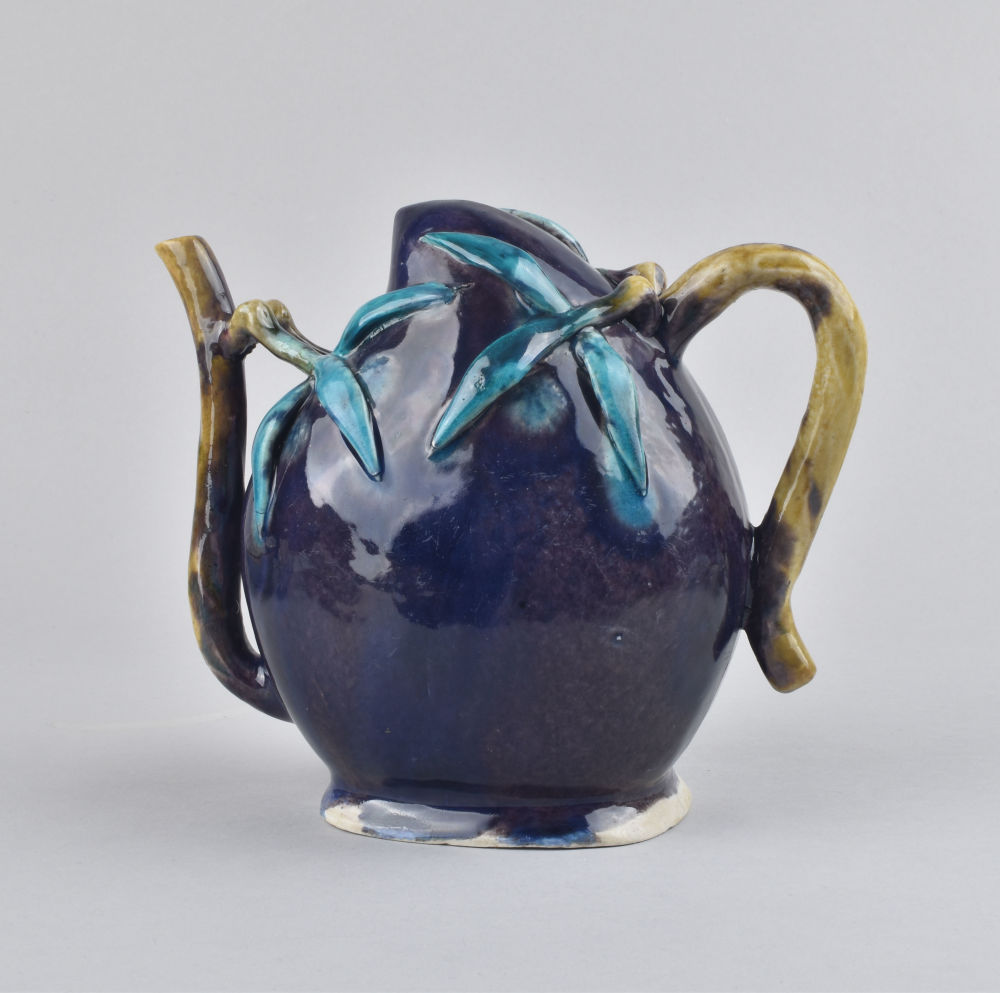 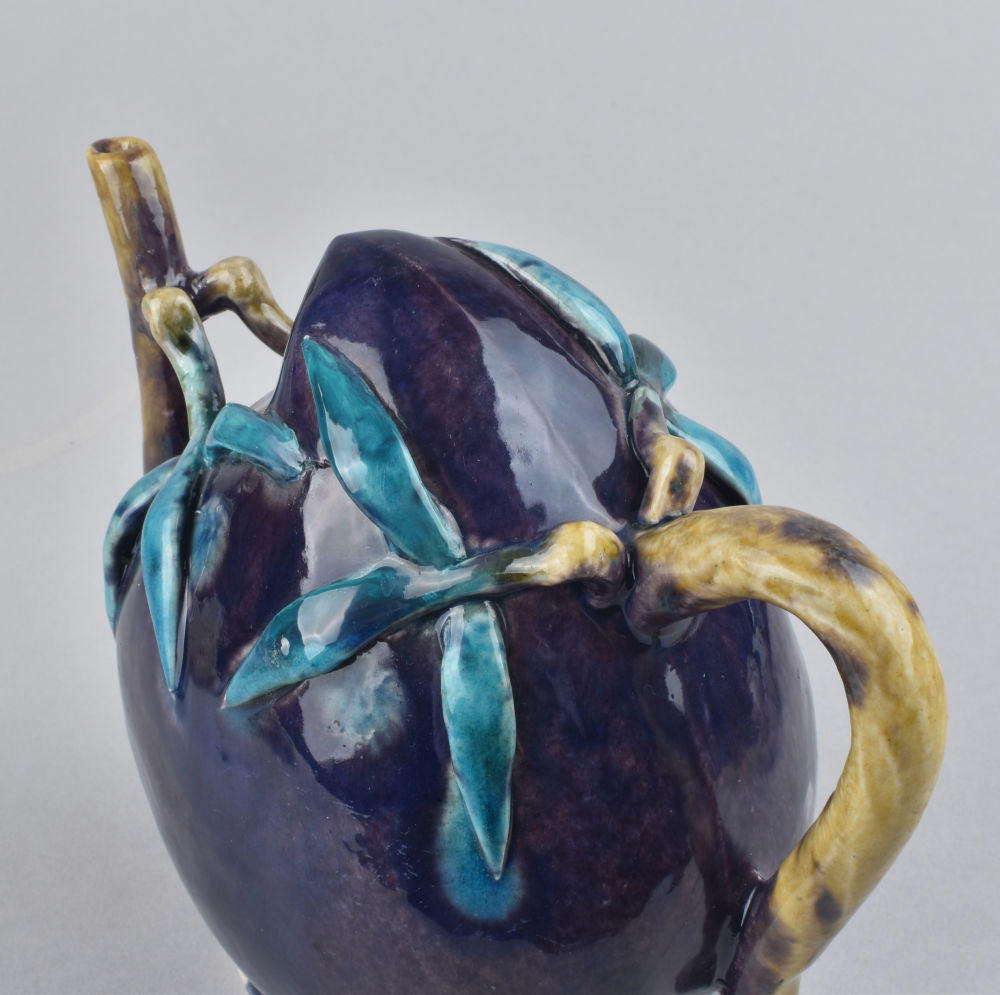 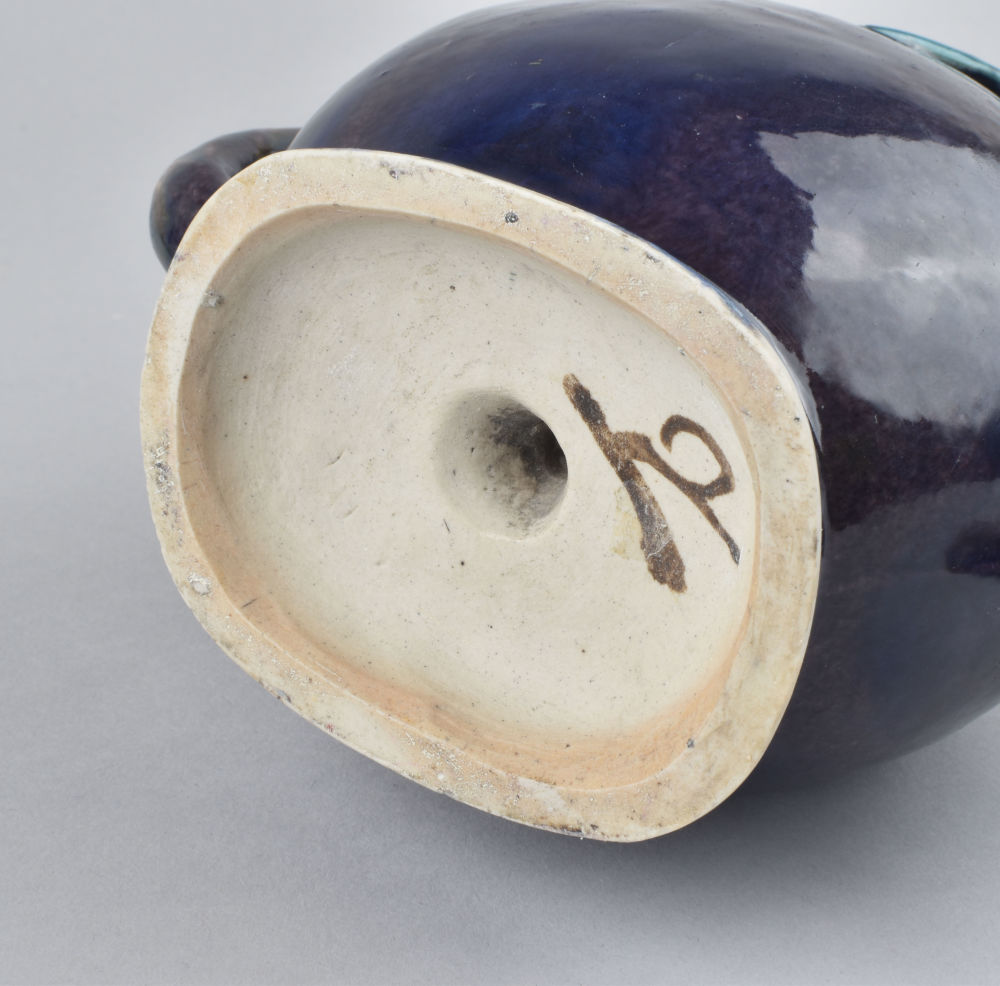 The ewer is of peach-shaped form with a spout formed like a branch issuing two stems terminating on the body with two leaves.  The wine-pot is supported by a splayed foot and the whole piece is covered in a deep lustrous aubergine glaze. The spout and the handle are enameled in manganese, branches are turquoise and the recessed base has a central aperture and an unglazed footrim.

A similar cadogan teapot is in the collection of the Metropolitan Museum of NYC (accession number 79.2.66, provenance Samuel Putman Avery).

The ‘Cadogan’ wine-pot has no lid and is filled upside down through a hole in the base leading to a tube inside te pot which prevents a back flow. It is known in China as dao guan hu (upside down filling wine pot) and often found in the shape of a peach (symbol of long life).

This type of ewer, also called ‘puzzle pot’, is said to be named after William Cadogan, 1st Earl of Cadogan (1675-1726) who was the first to own a wine-pot of this shape. He and his wife brought an example to Britain where they used it as an entertainment piece.