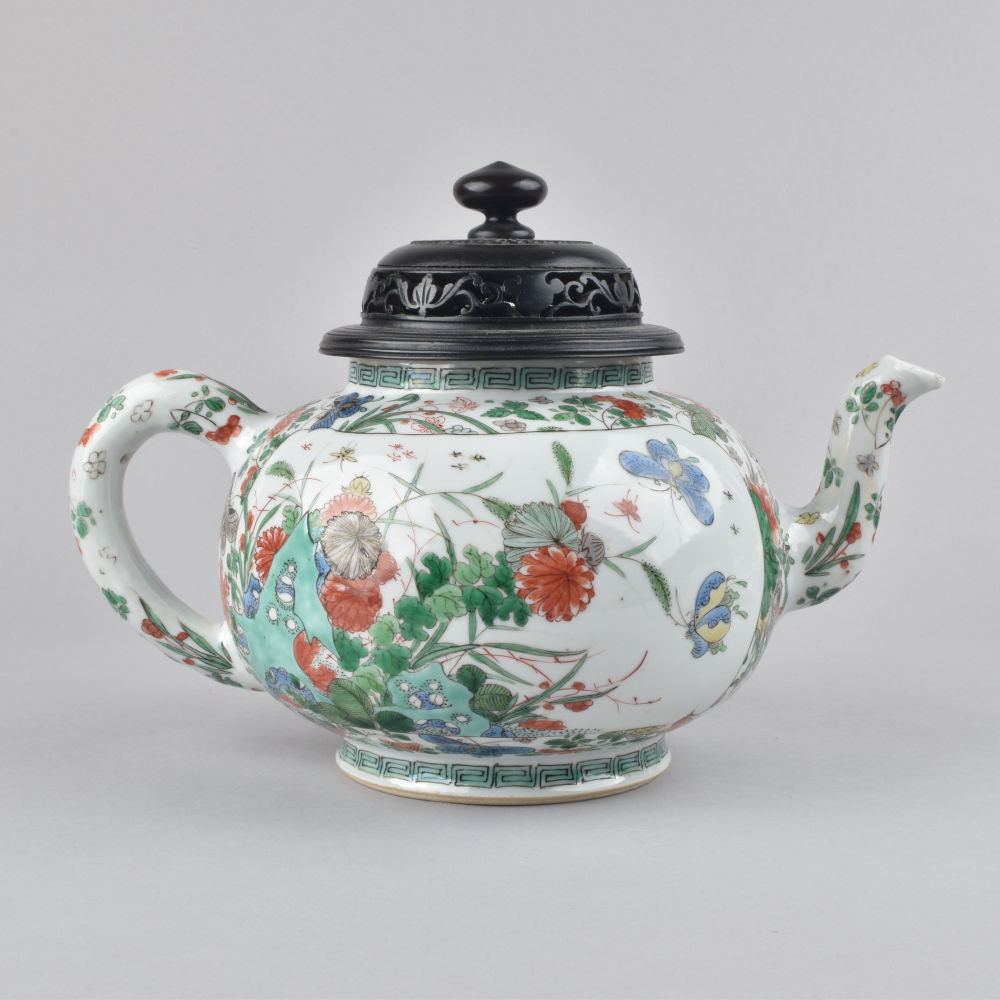 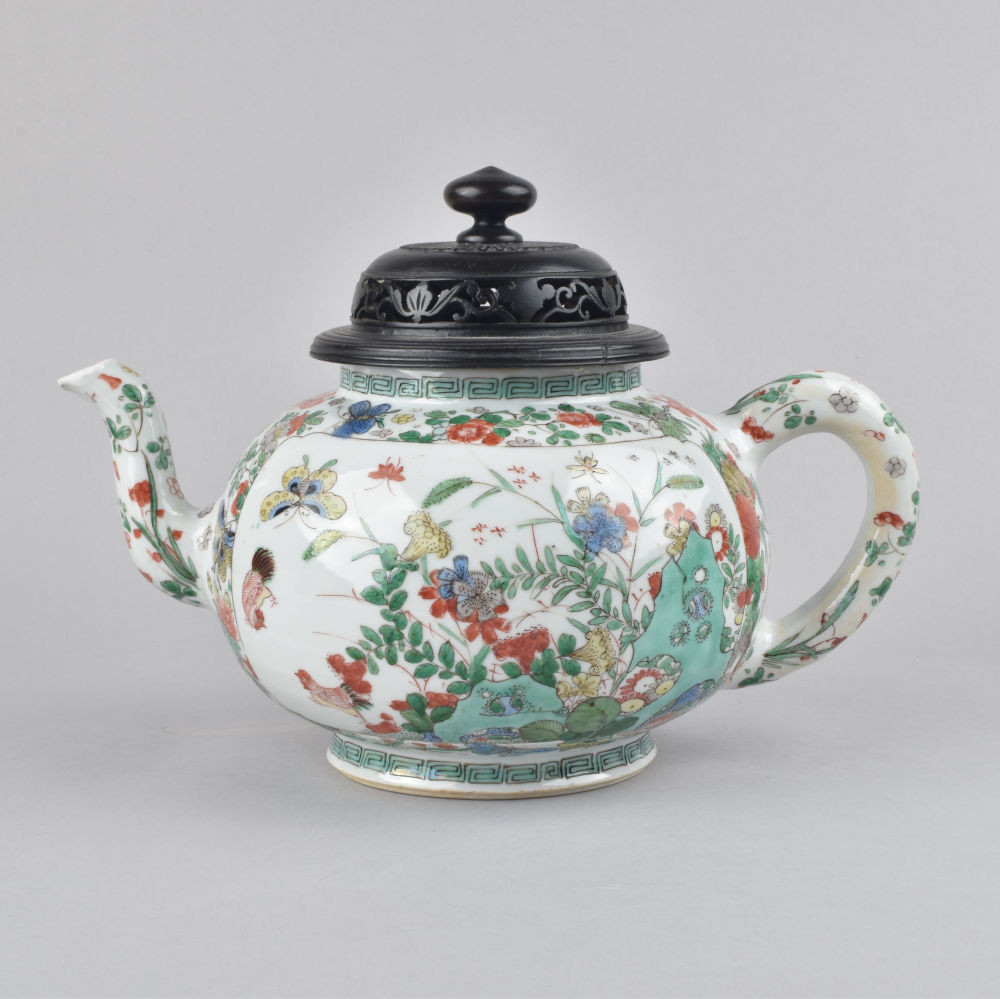 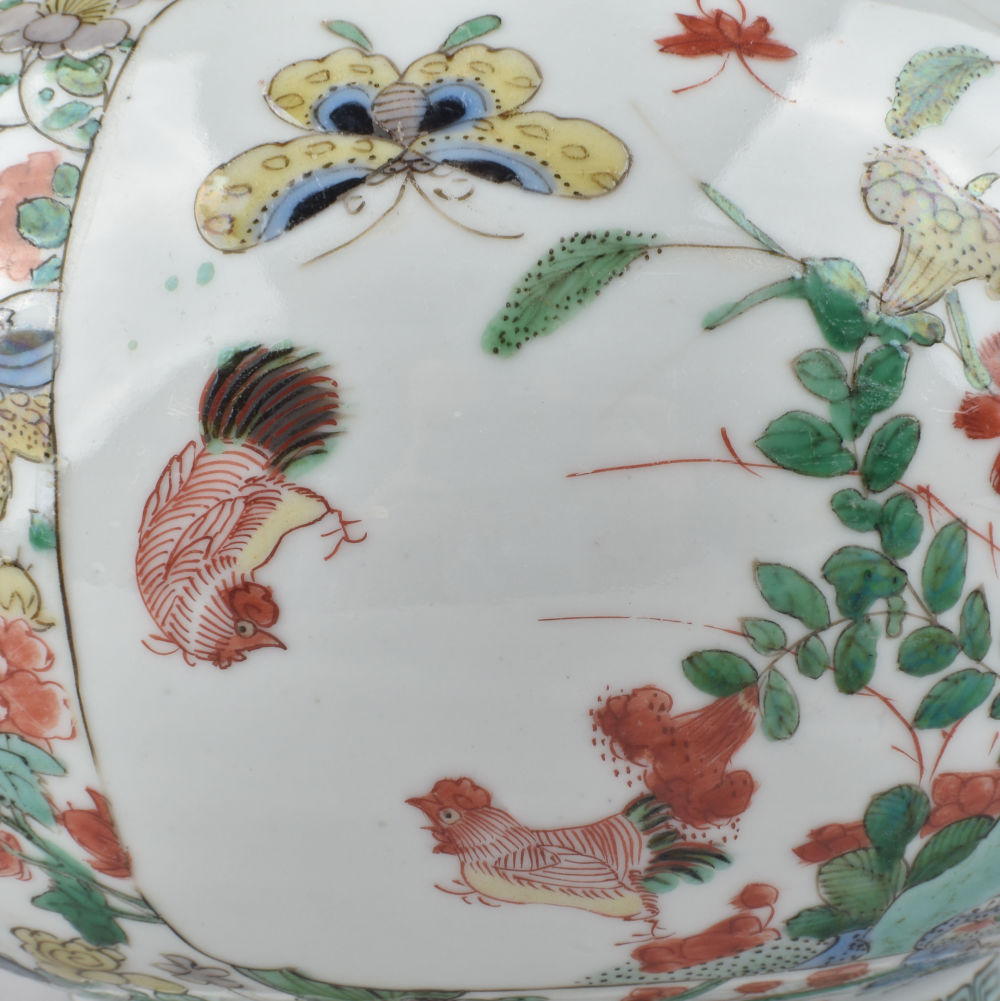 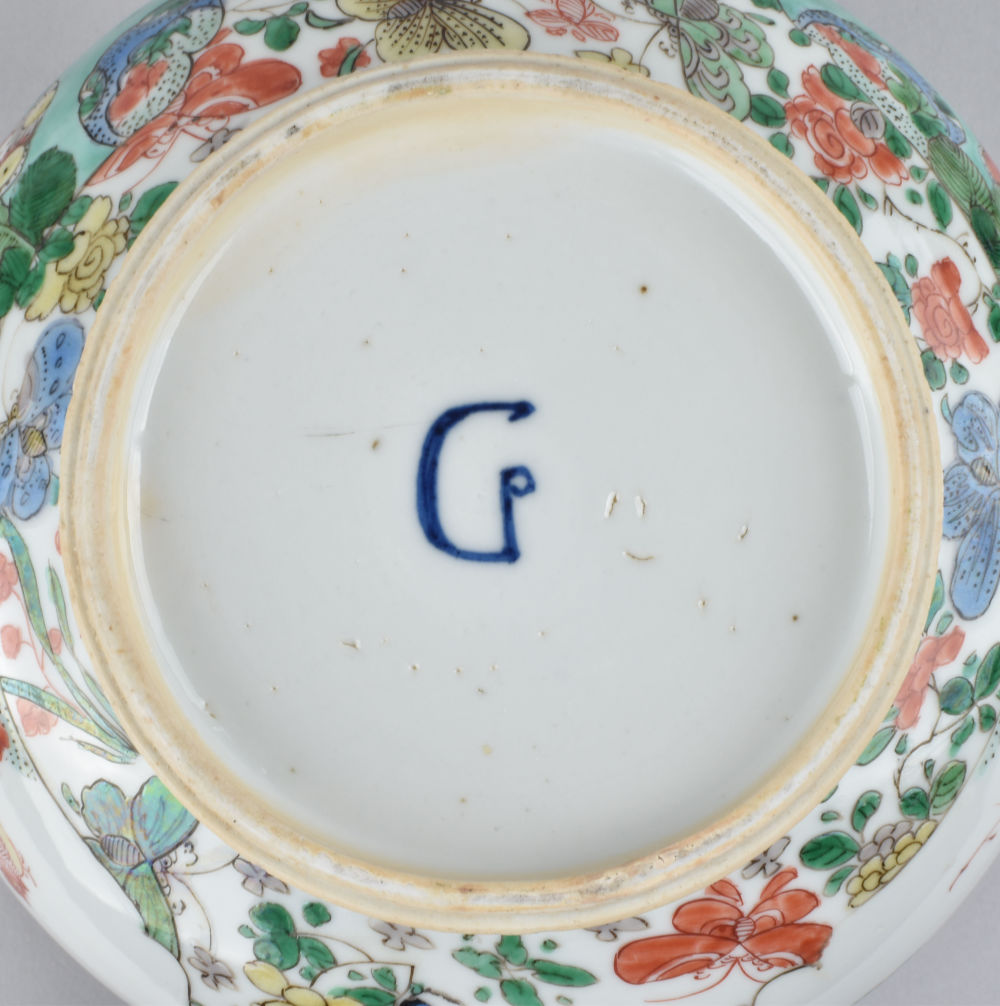 Of globular form on a footring, with a curved spout and a thick loop handle and decorated in famille verte enamels, around the foot a green band with spirals, on the shoulder a green band with a meander motif. The body is divided into two wide panels on a ground of plants and butterflies, the other with two small cockerels near a rock, several large, flowering plants and butterflies. Marked on the base with the Latin capital ‘G’ in underglaze blue.

A very similar pot is in the collection of the Groninger Museum (Friesland, Netherlands, Bequest Mello Backer, 1899), also bears this unusual ‘G-mark’ on the base. It is illustrated by Christiaan Jörg in Famille Verte – Chinese Porcelain in Green Enamels (Groninger Museum, 2011, page 132, plate 120). 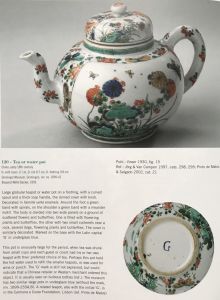 Another related pot, also with the initial ‘G’, is in the Carmon et Costa Foundation (Lisbon).

This pot is unusually large for the period, when tea was drunk from small cups and each guest or client had his or her own teapot with their preferred choice of tea. Perhaps, this pot held the hot water used to refill the smaller teapots, or was used for wine or punch.

The ‘G-mark” is still not explain. It should be looked at as a Western merchant or Chinese retailers mark, someone who ordered pieces of good quality in the middle of the Kangxi period. It has even suggested that the ‘G’ is in fact an Arabic letter ‘M’, but it should be not intended to be exported to the Arab world and is only seen on Dutch market Kangxi porcelain.