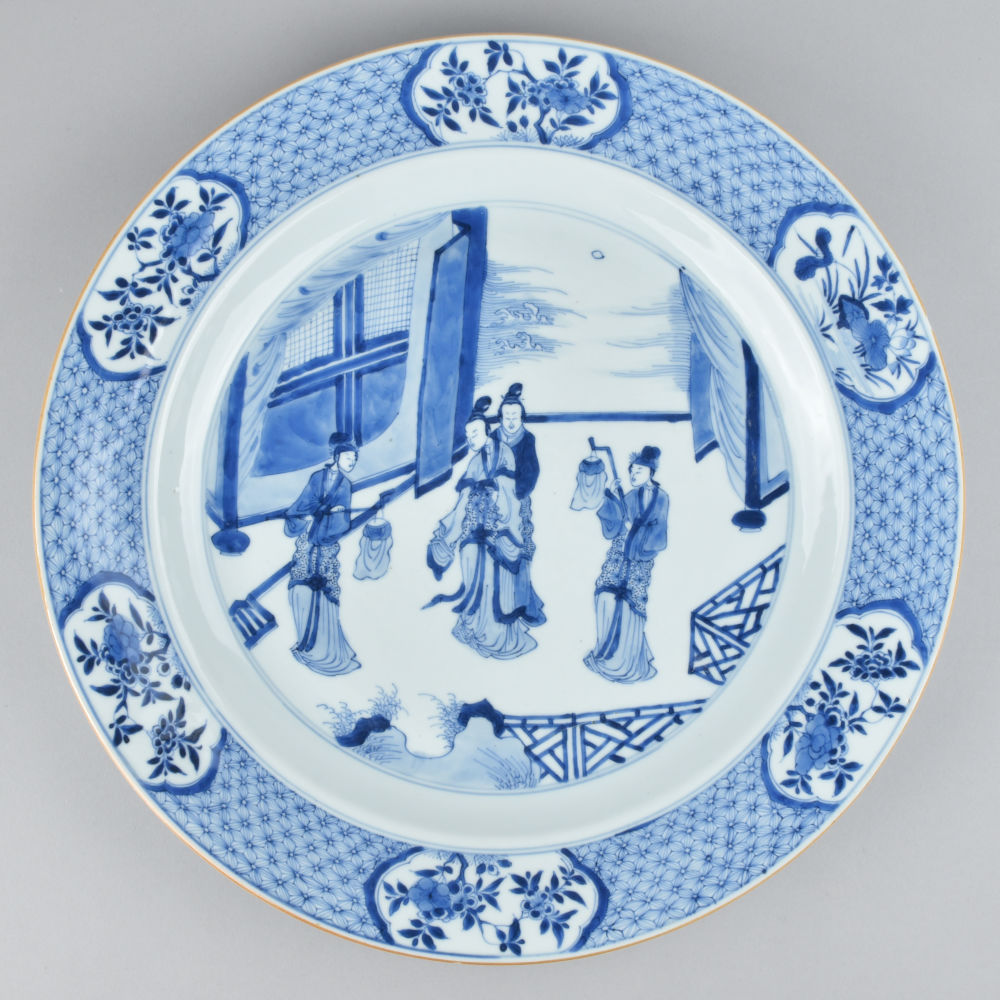 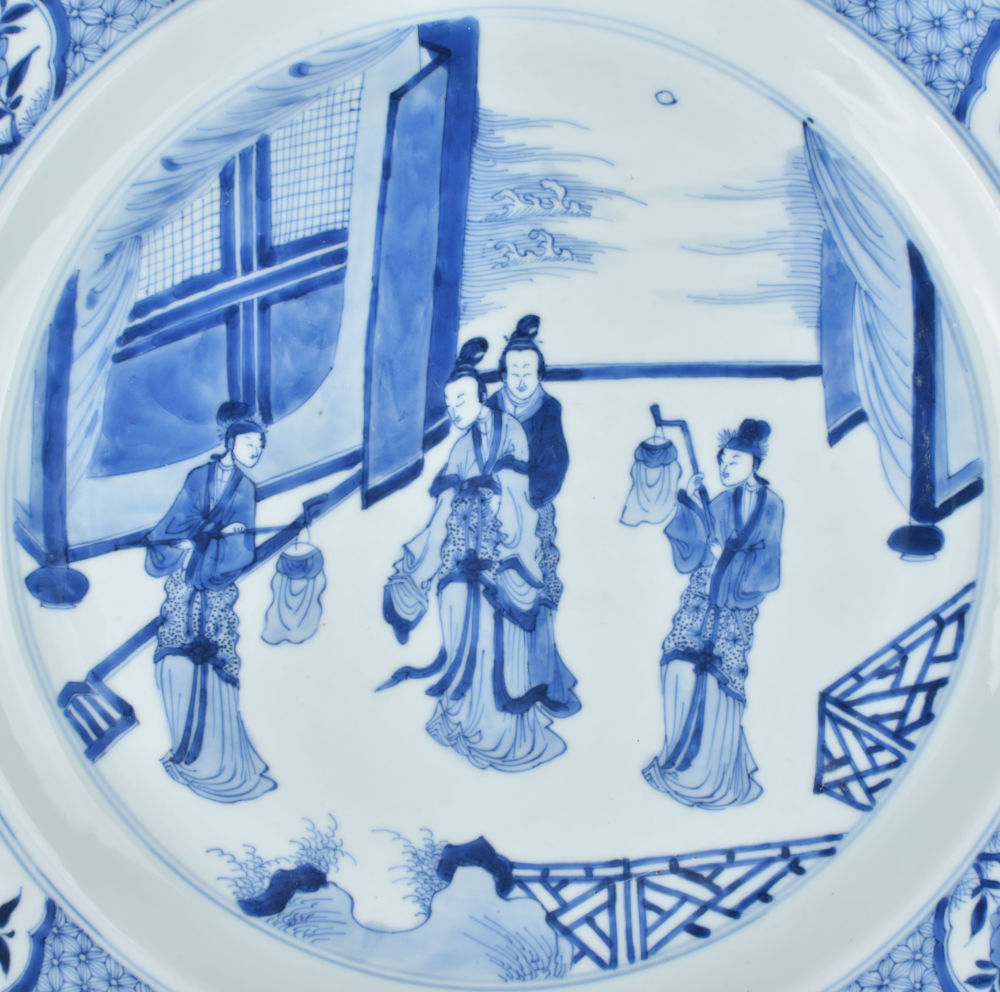 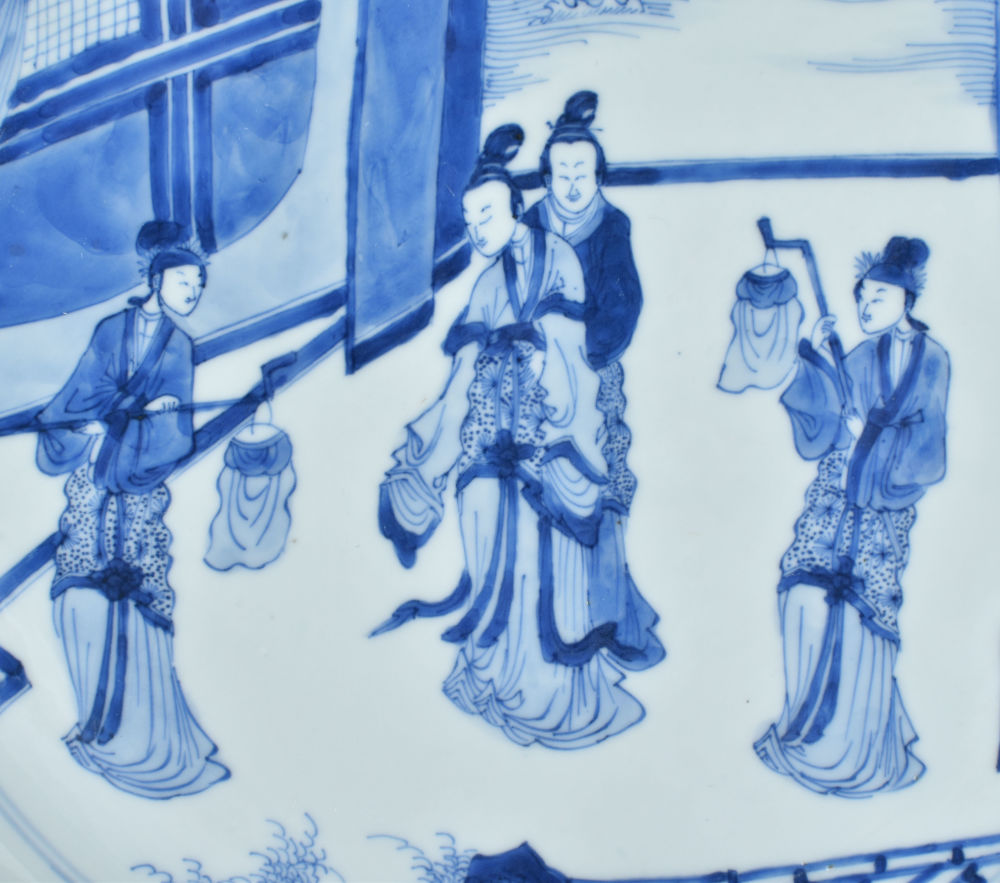 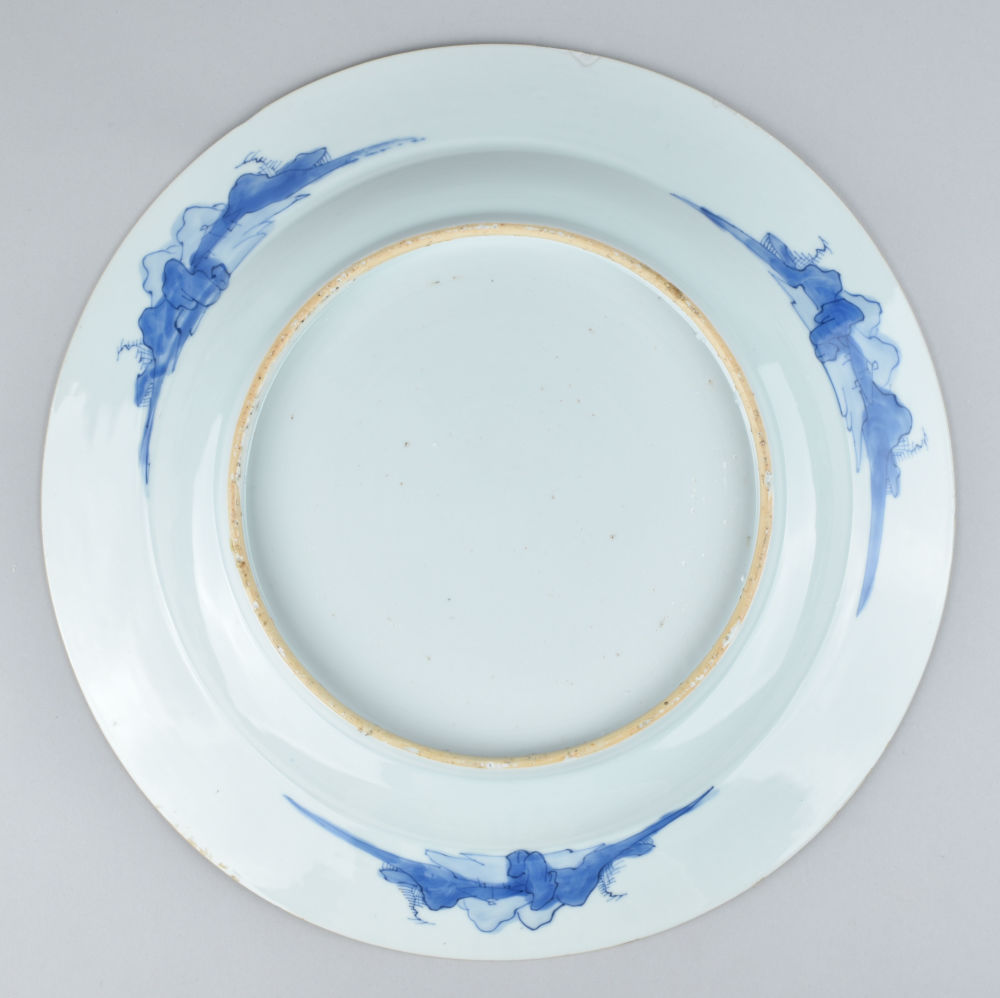 Severals pieces are known in Museum collection with the representation of this scene : A famille verte dish at the Fitzwilliam Museum, the University of Cambridge (inventory number OC.8-1936). Others pieces, decorated in underlined blue, famille verte enamels, or famille rose palette are in The Trustees of the British Museum or the Rijksmuseum.

We are very thankful to Dr. Yibin Ni for helping us to identify this scene.

The play Polishing the Dust-covered Mirror (Mo Chen Jian) was compiled in 1619 by an obscure playwright Niu Ge, according to some twentieth-century researchers, including the eminent scholar of the field Zheng Zhenduo (1898–1958). The play portrays some colourful historical figures of the Tang dynasty (618–907) such as Emperor Xuanzong of Tang (name: Li Longji 685–762) and his famous consort Lady Yang Yuhuan ( 719–56), one of the Four Great Classic Beauties in Ancient Chinan.

Act 12, entitled ‘The Tipsy Consort (Zui Fei)’, Lady Yang is drowning her disappointment in alcohol when the emperor fails to turn up at the Hundred Flowers Pavilion, where they are supposed to meet that evening. Lady Yang spends her lonely night by abusing her attendant eunuchs and losing herself in intoxication. Eventually, Lady Yang staggers back to her own quarters swaying back and forth with her maids’ support.

Later, the plot was refined to become ‘Imperial Consort Yang Getting Drunk (Guifei Zuijiu)’, one of the best-known classic Peking opera episodes.