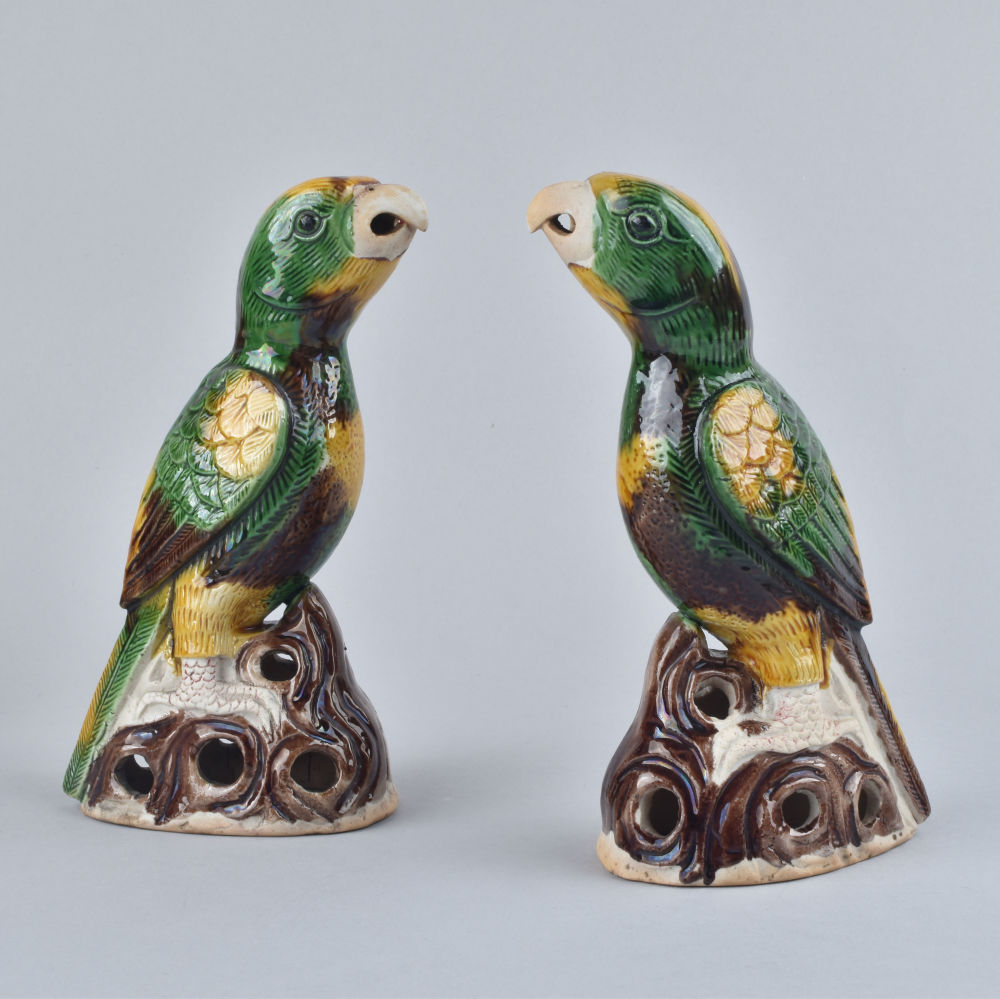 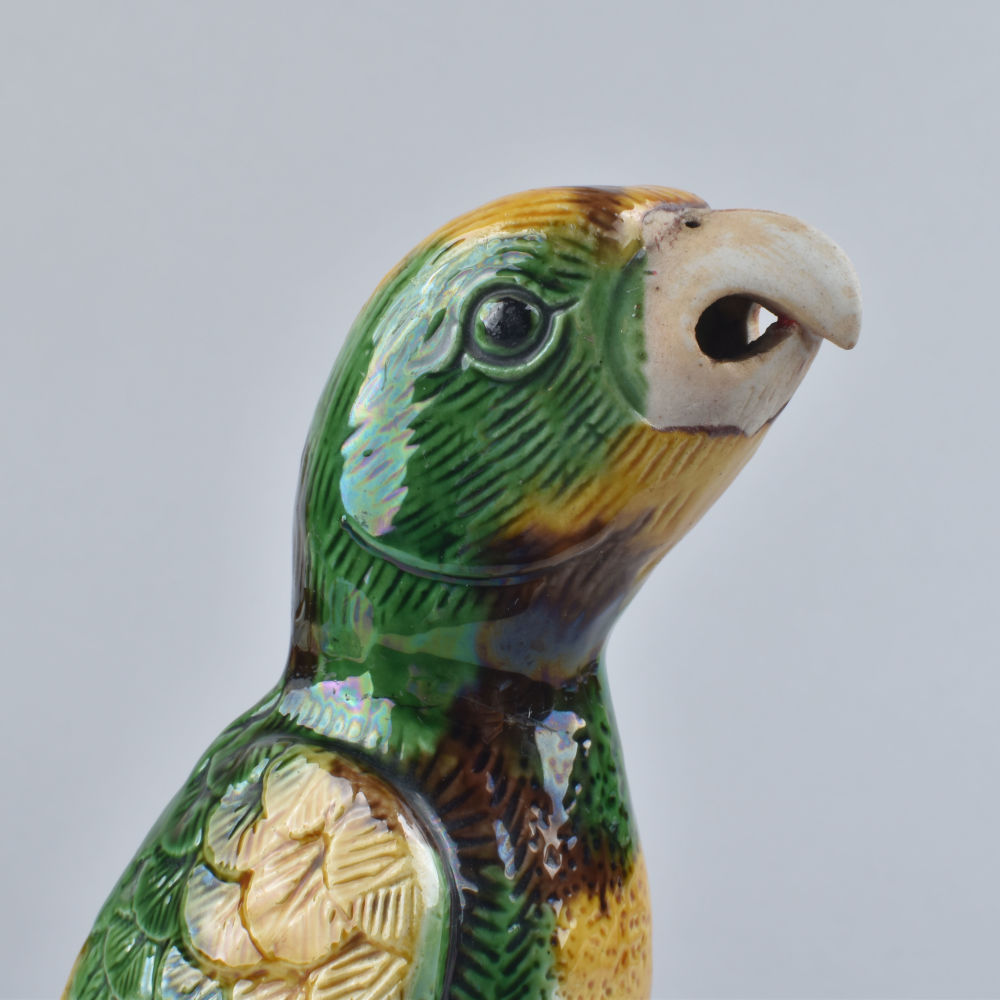 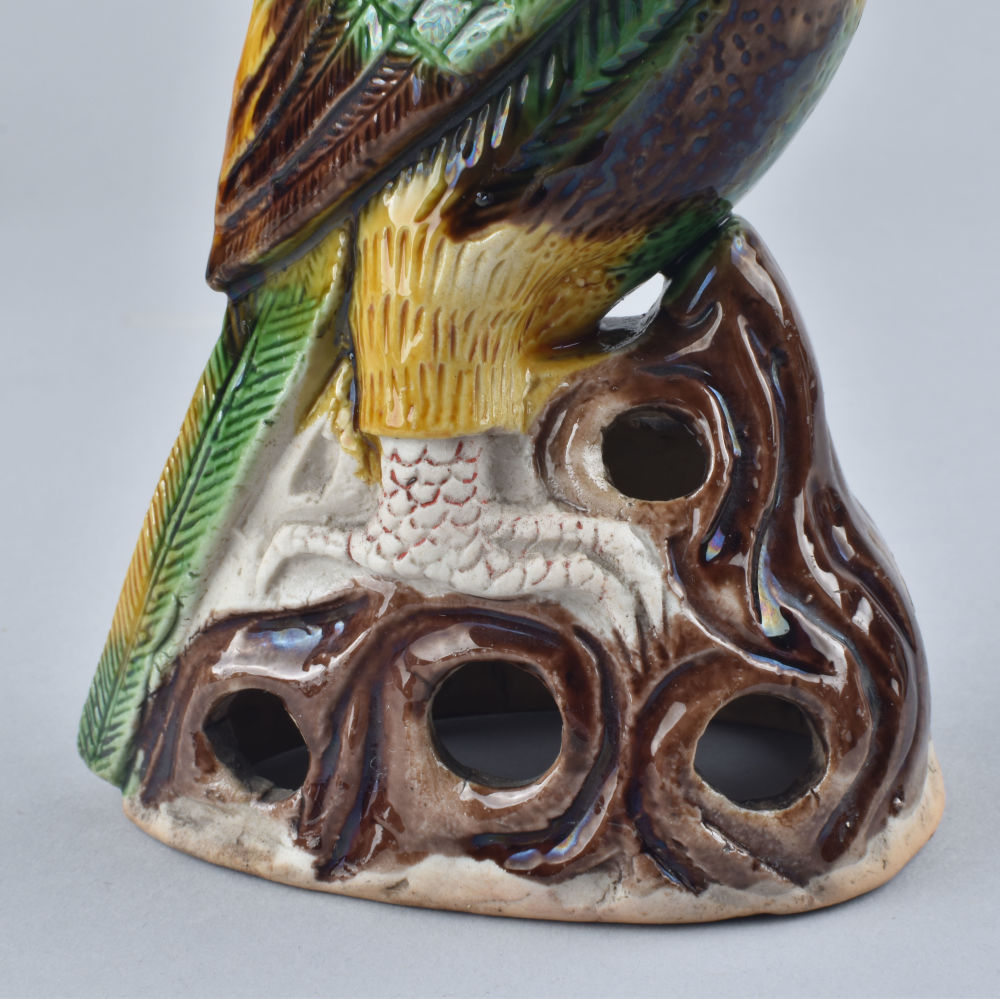 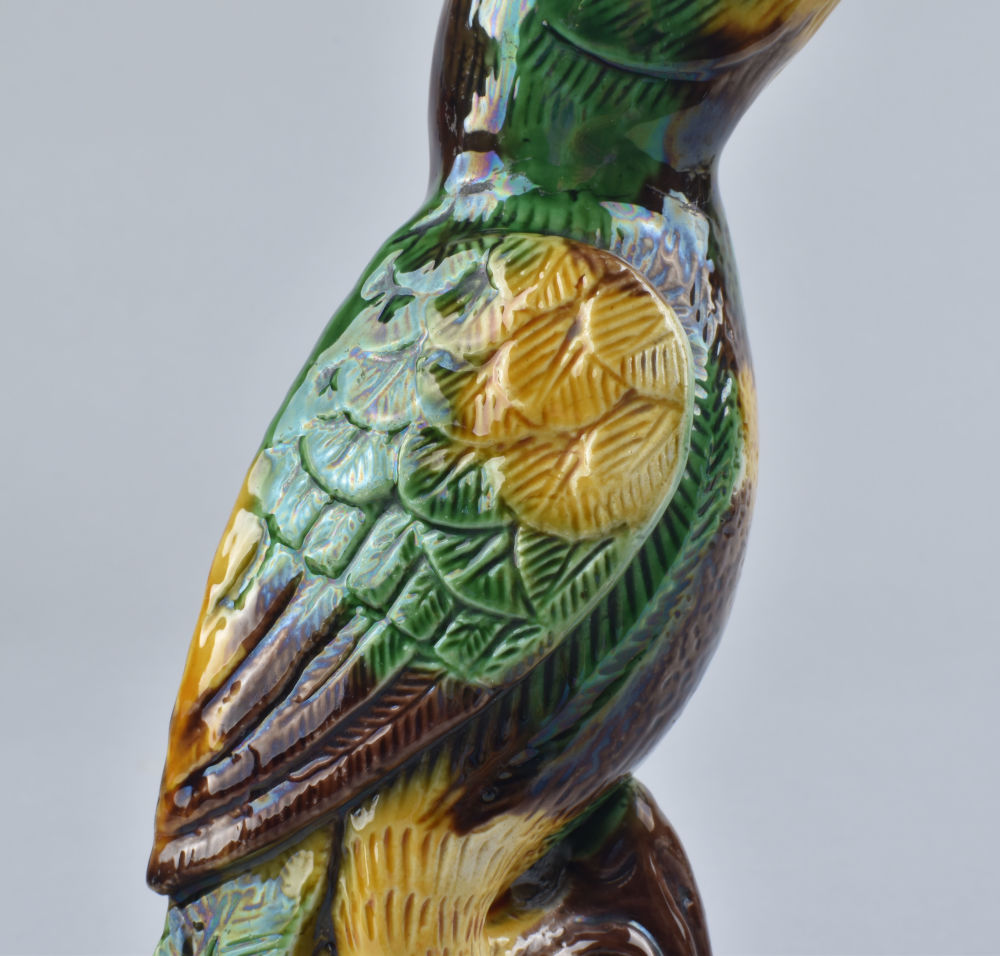 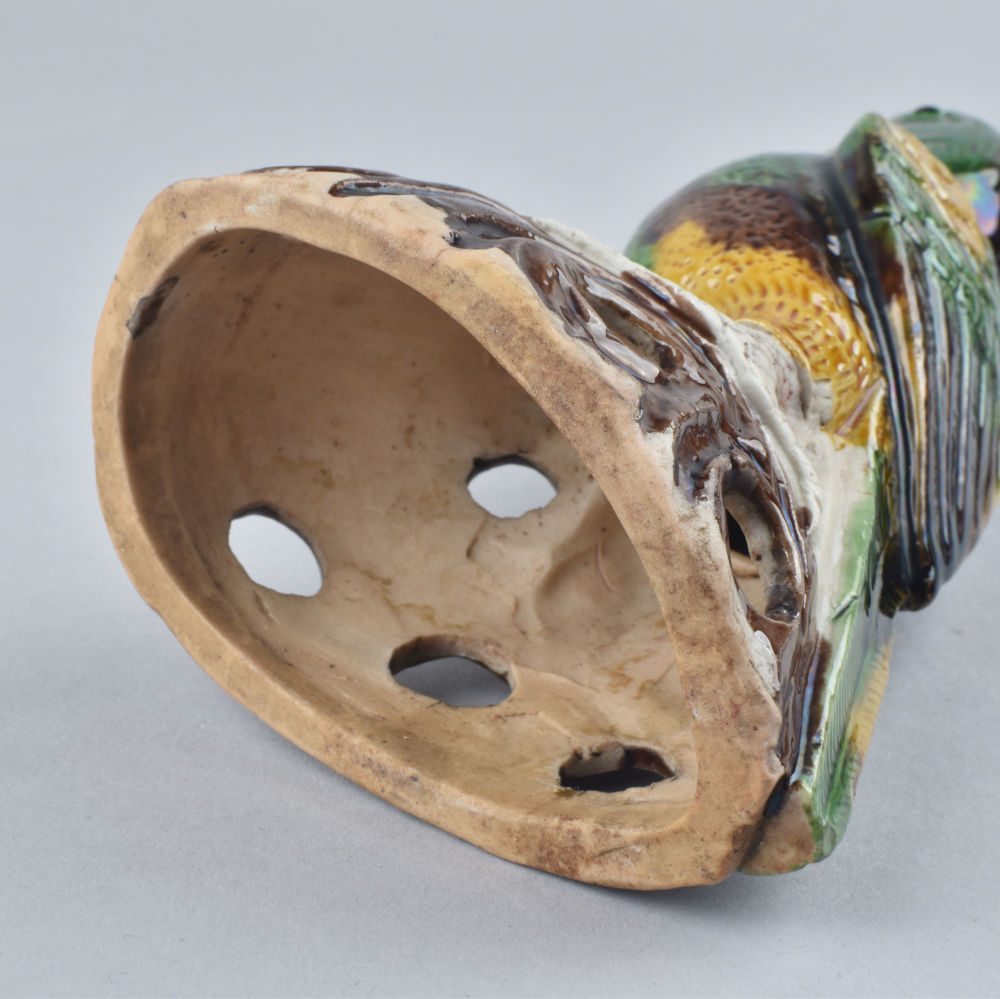 Naturalistically moulded in two halves, perched on a pierced rock work base and with folded wings with plump bodies. The plumage of the parrots very detailed, and glazed with a vibrant enameling.

During Kangxi reign (1662-1722), parrot depicted in various colors of porcelain, were popular in the West because of their vibrant and exotic appearance. During the 18th century, the taste for parrots was further encouraged by the fashion for exotic orientalist, when having live parrots was also popular. Models of small parrots were found in the VOC wreck Oosterland which sank in 1697

Well known in biscuit decorated with famille verte enamels, parrots covered with blue glaze are unusual. Among early examples of famille verte parrots are those mounted in gilt bronze as part of chandeliers which were installed royal European castles, at the palace of Versailles.