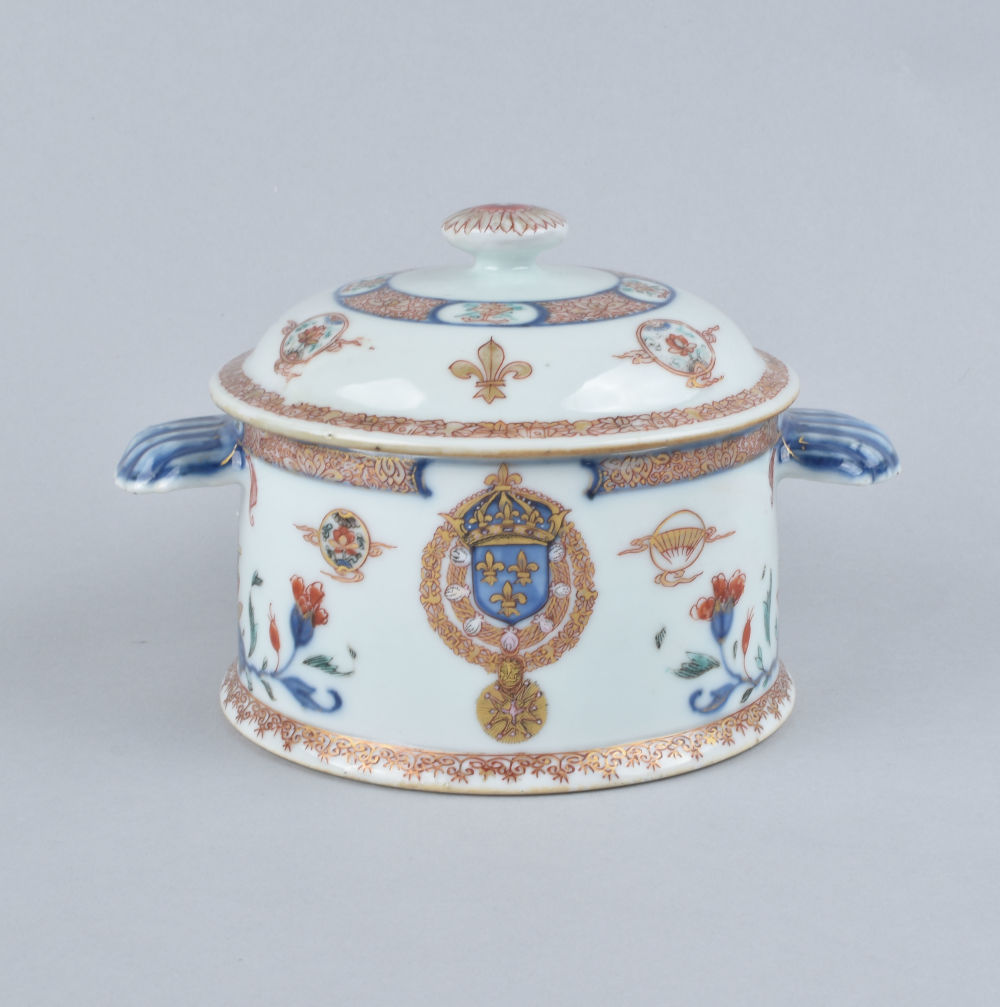 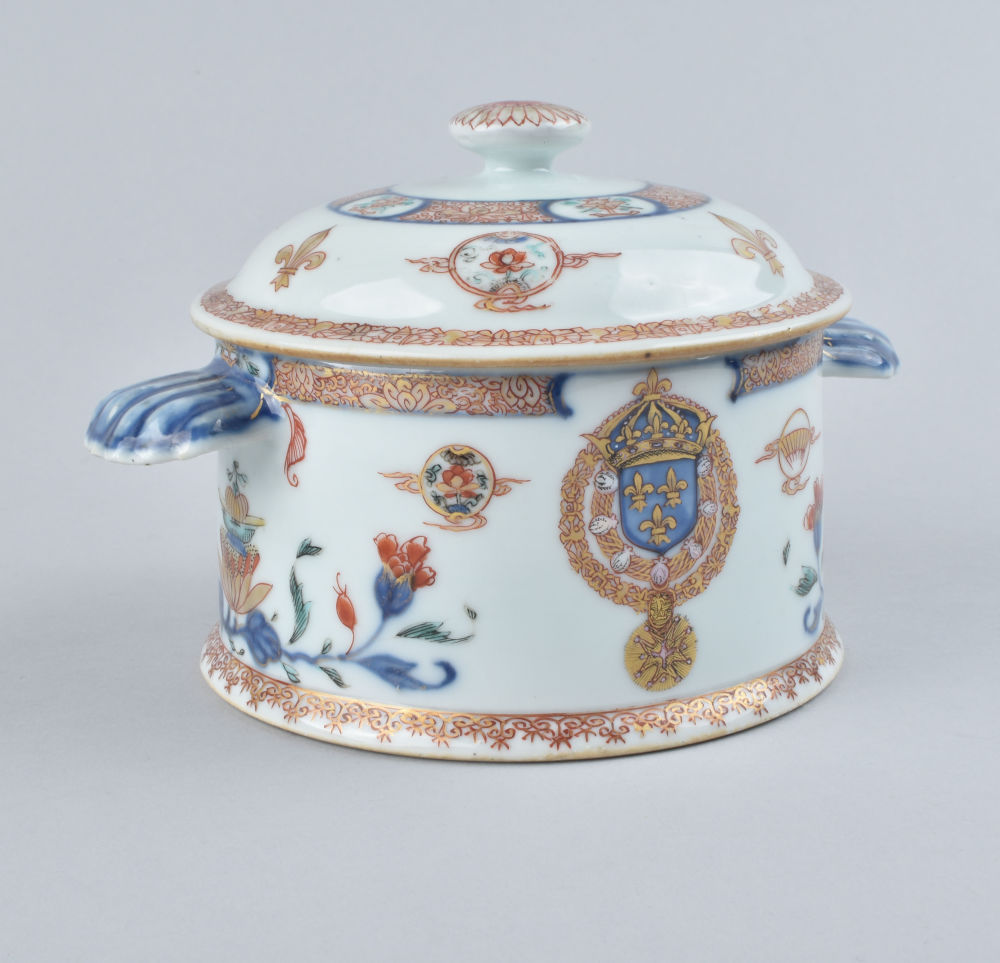 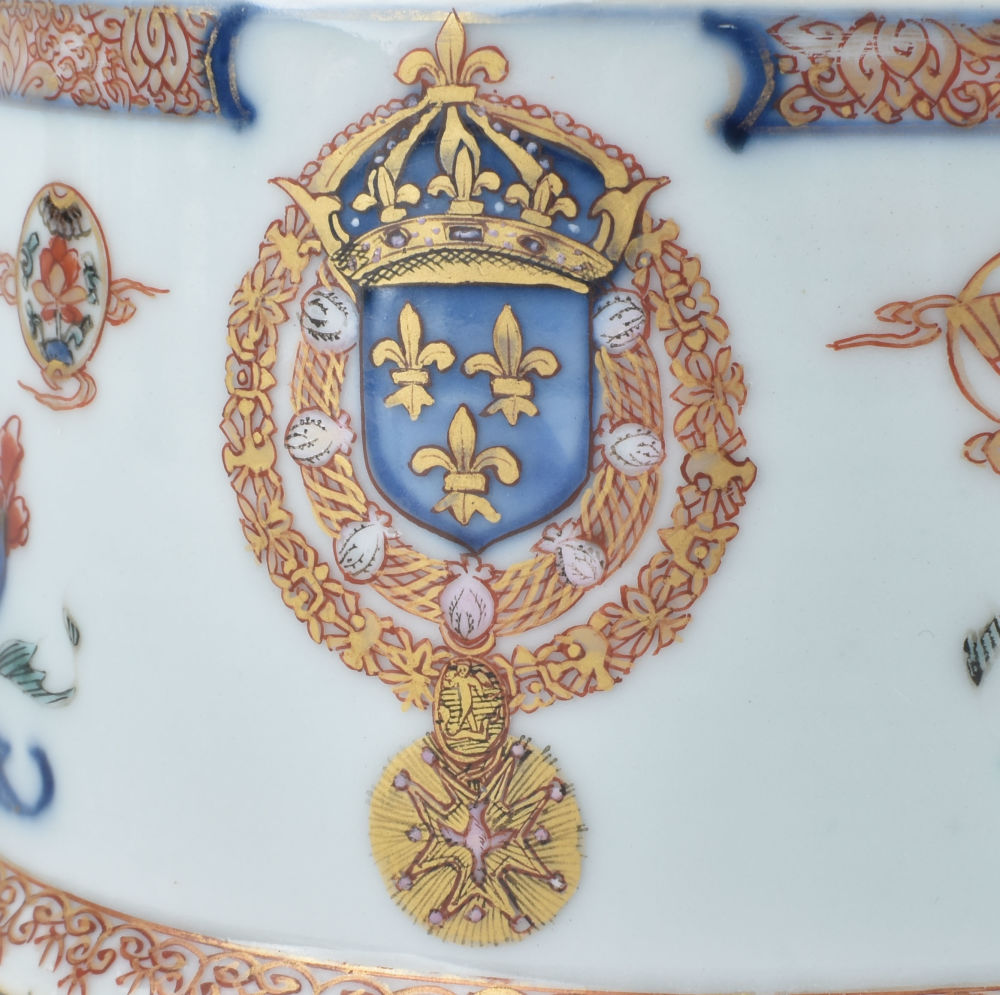 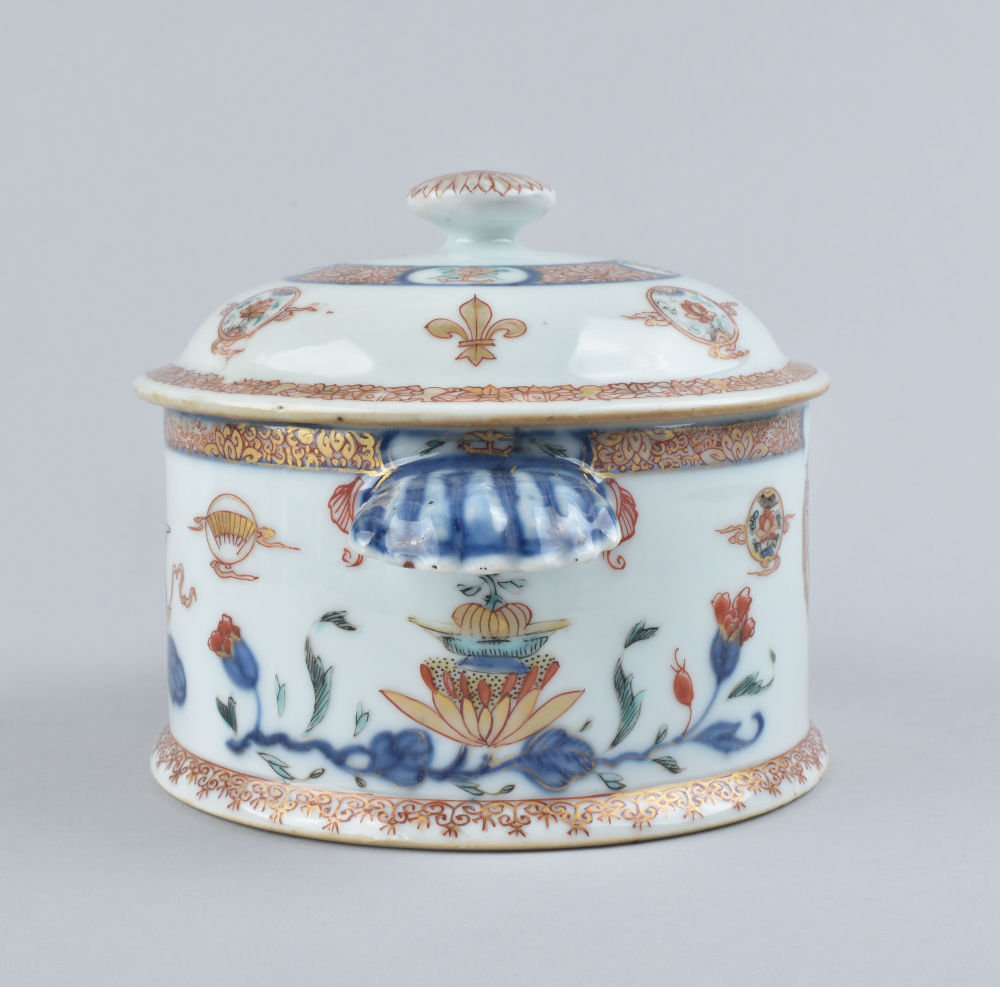 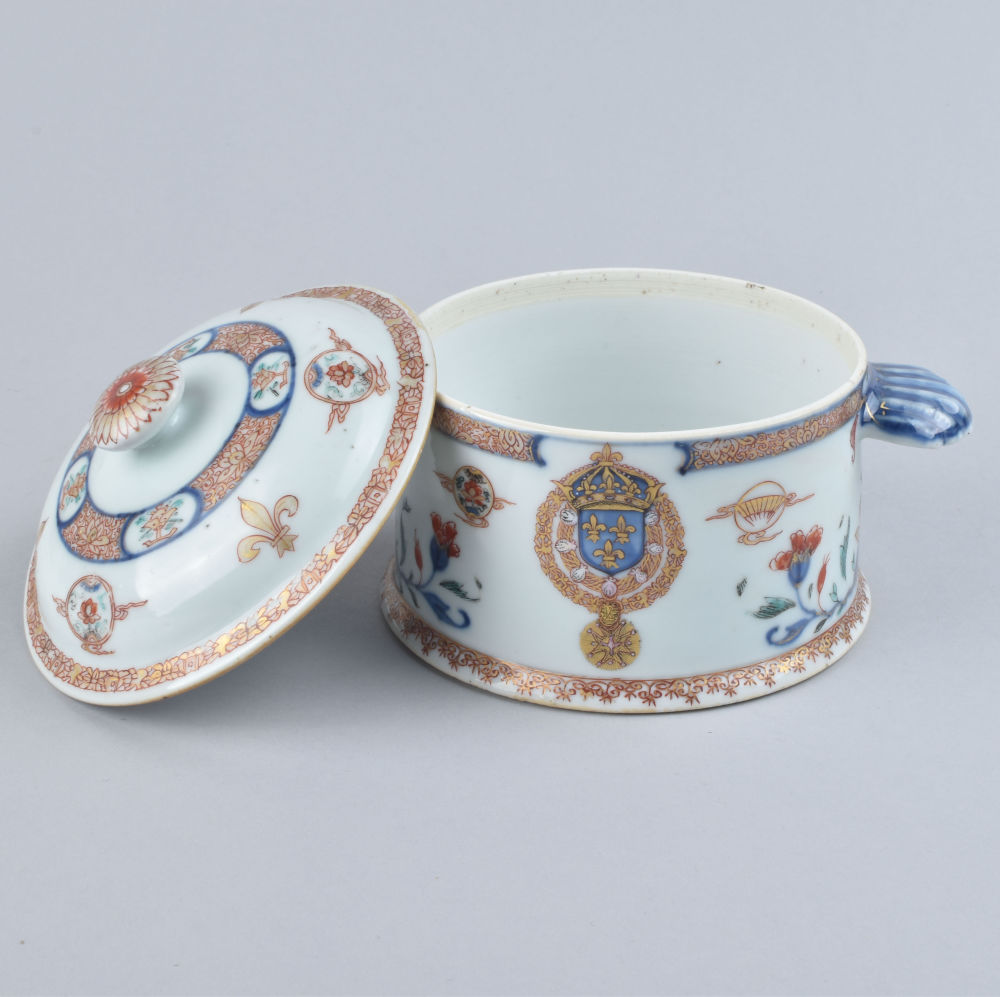 A Royal Chinese Export écuelle for the French market. Qianlong

The cylindrical sides with projecting shell motif handles washed in underglaze-blue, decorated in cobalt and enamels heightened in gilding with the sides with Buddha’s hand citron or a gourd in a dish on a lotus blossom and pads or branches, the arms of France encircled by the Orders of the Holy Ghost and of Saint Michael and surmounted by a crown, all in gilding, and flanked by stylized floral stems, between formal borders in gilding outlined in iron-red, the matching cover with a chrysanthemum-decorated knop above three gilt fleurs-de-lis alternating with floral roundels. 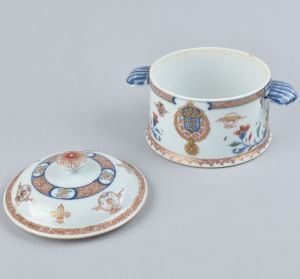 Severals pieces from this order are known, as very large chargers, a teapot, a candlestick, a cruet stand, a fluted basin, knives, wine coolers, an ecuelle, or a large pot à oille.

Following the craze of his time, The king Louis XV commissioned twelve bidets bearing his coats of arms to be made in Chinese Export Porcelain in 1733. Considering the manufacturing delay and the transportation time, Louis XV received the bidets between 1735 and 1737. This first commission was probably an experiment which eventually pleased the king since he soon commissioned a large service.

On June 2, 1738, the directors of the French East India Company requested the board of Canton to produce several porcelain pieces – bearing the king’s coats of arms – according to the guidelines specifying the detailed composition of the service.

The manufacturing outlasted longer than expected. On May 3, 1740, the directors addressed this note to the board of Canton: “If the porcelain commissioned by the King two years ago has not yet been manufactured and loaded on the vessels Le Condé and Le Duc de Chartres, we ask to pay attention to the rest of the commission to be well finished, well packed and loaded for half on this expedition’s vessels, and we are requiring you to make a separate invoice.” Such a separate loading was made to avoid a total loss of the goods in case of shipwreck. Both vessels arrived in Lorient on July 25, 1740, and Louis XV received the service during the following month.

Although the exact composition of Louis XV’s service remains unknown, a service imported from China traditionally encompassed one hundred and twelve pieces and one hundred twenty-two pieces. Most likely, Louis XV wanted  this armorial service to be used for dinner served in the winter dining room decorated in 1738 in the third story of the Palace of Versailles. Both, the coats of arms and the commission expressly made “for the King”, clearly indicate that the pieces were placed on the royal table for the dinners of Louis XV’s cabinet. However, the Bleu celeste service made by the Vincennes manufacture soon replaced the service commissioned to the French East India Company. Downgraded, the service became likely used by the royal officers, and was dispersed among Versailles and Marly (and maybe other royal mansions such as Rambouillet). During the Revolution, the coats of arms on the porcelain lead to the destruction of certain pieces, while others were sold.