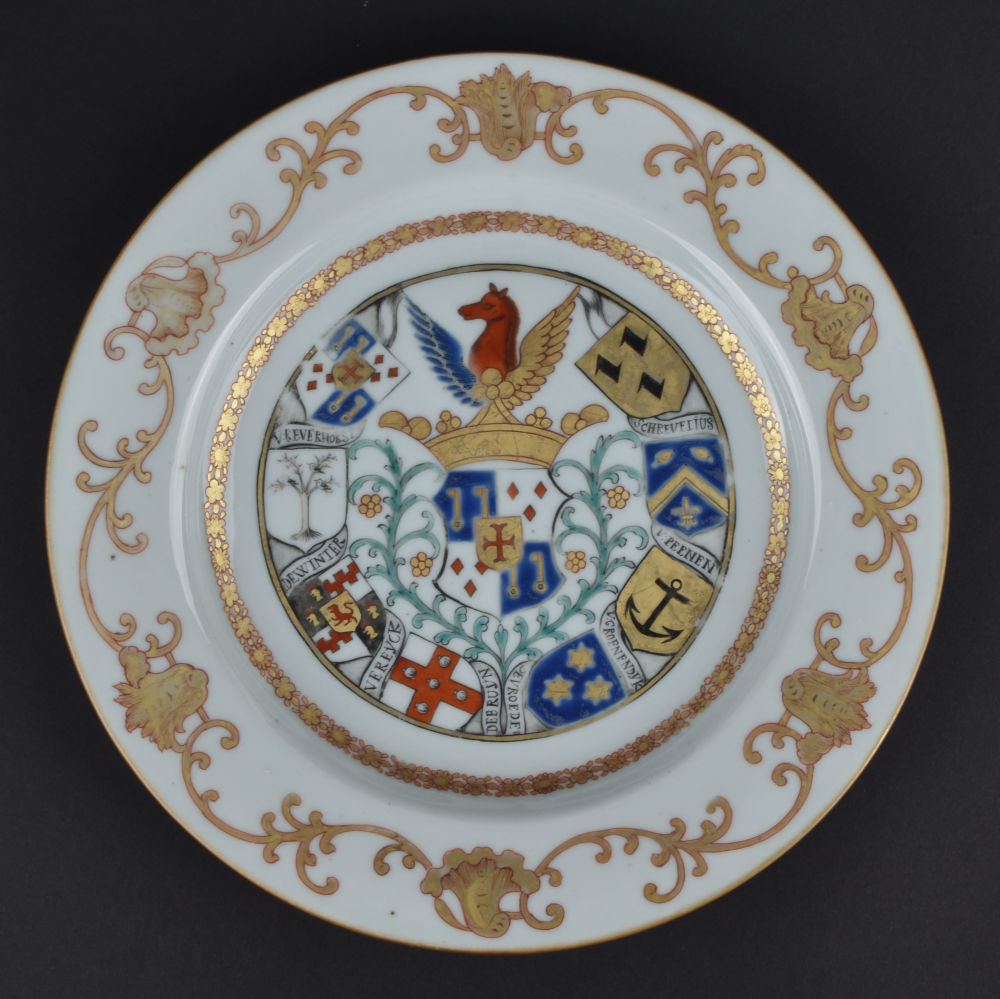 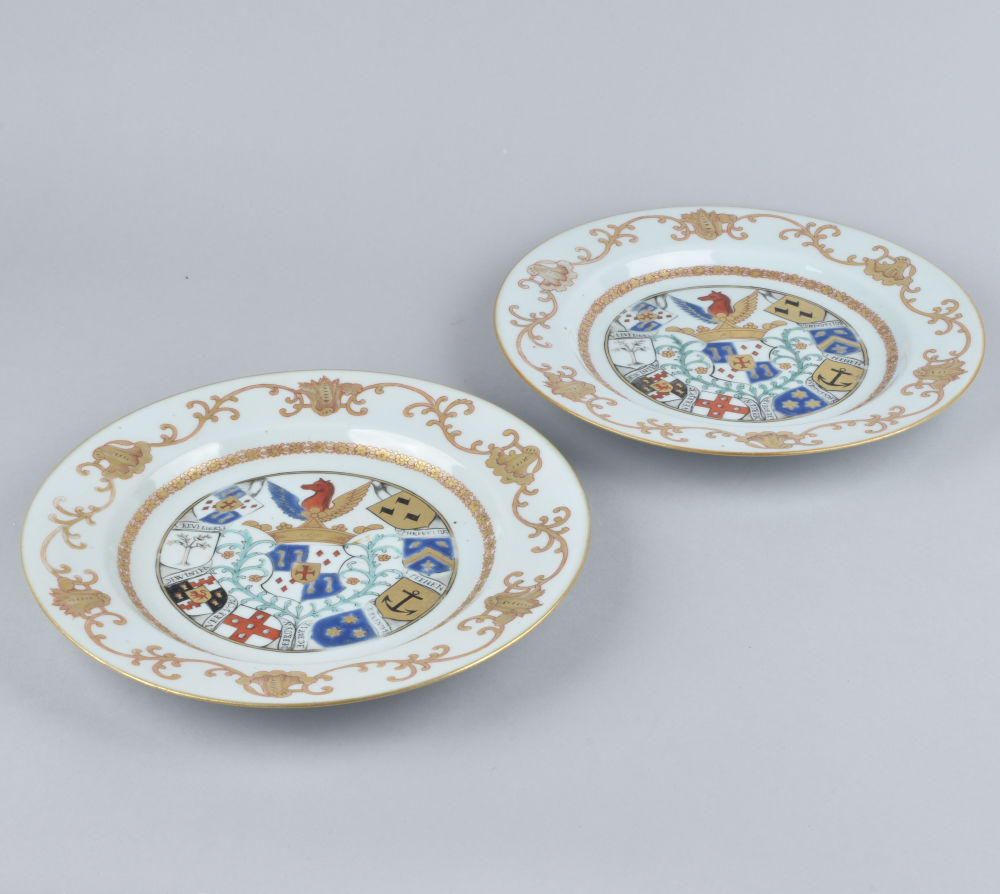 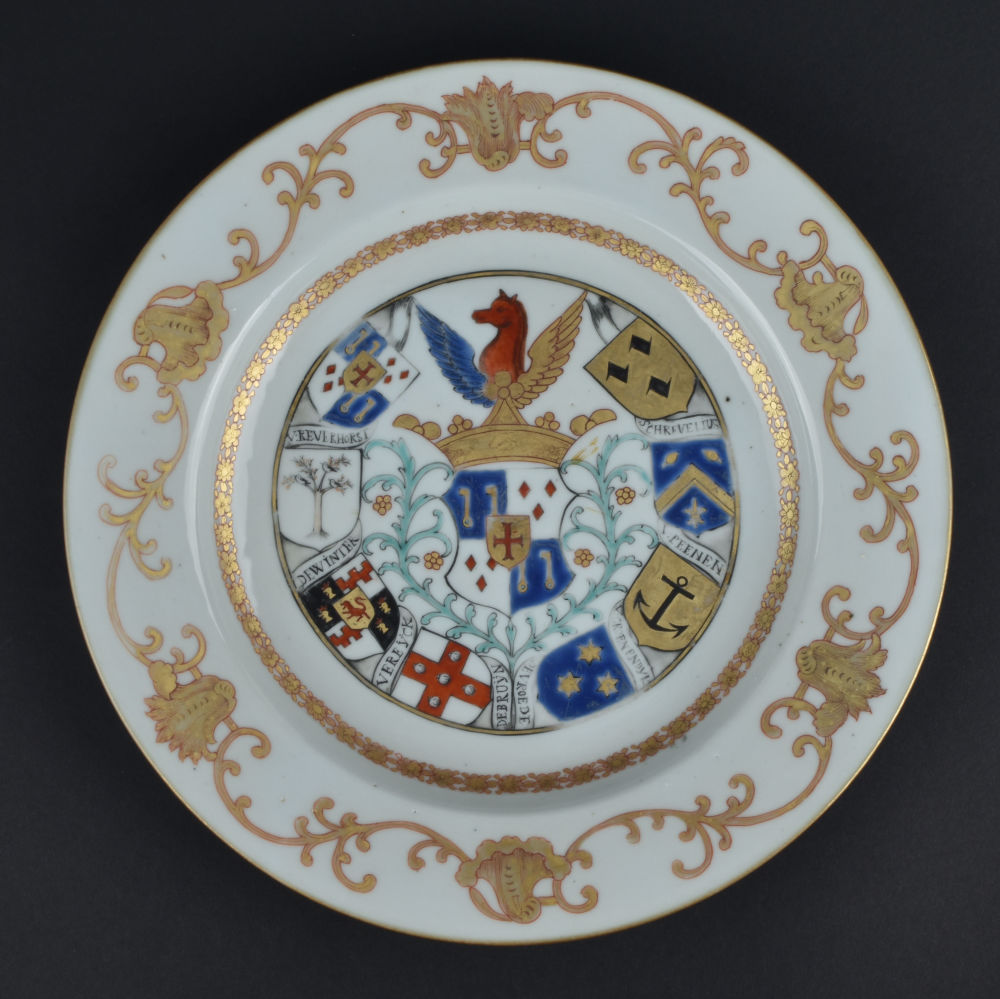 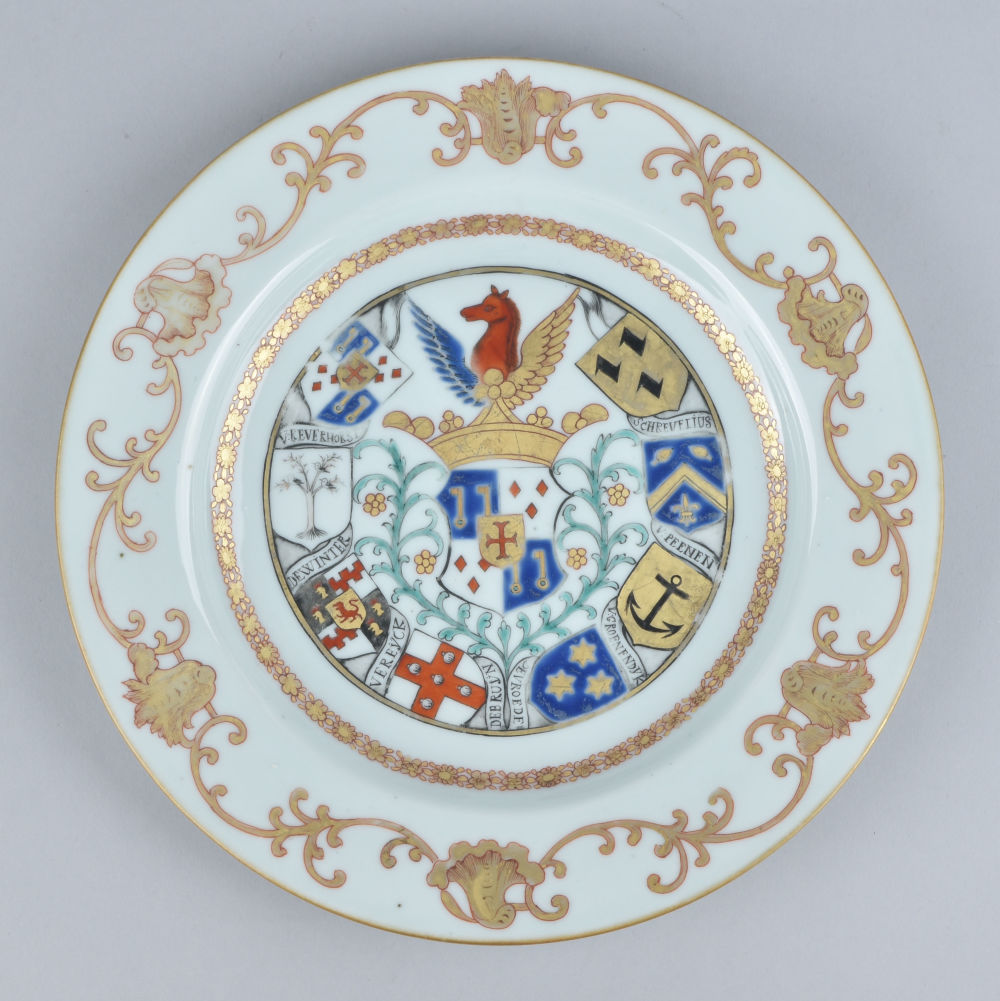 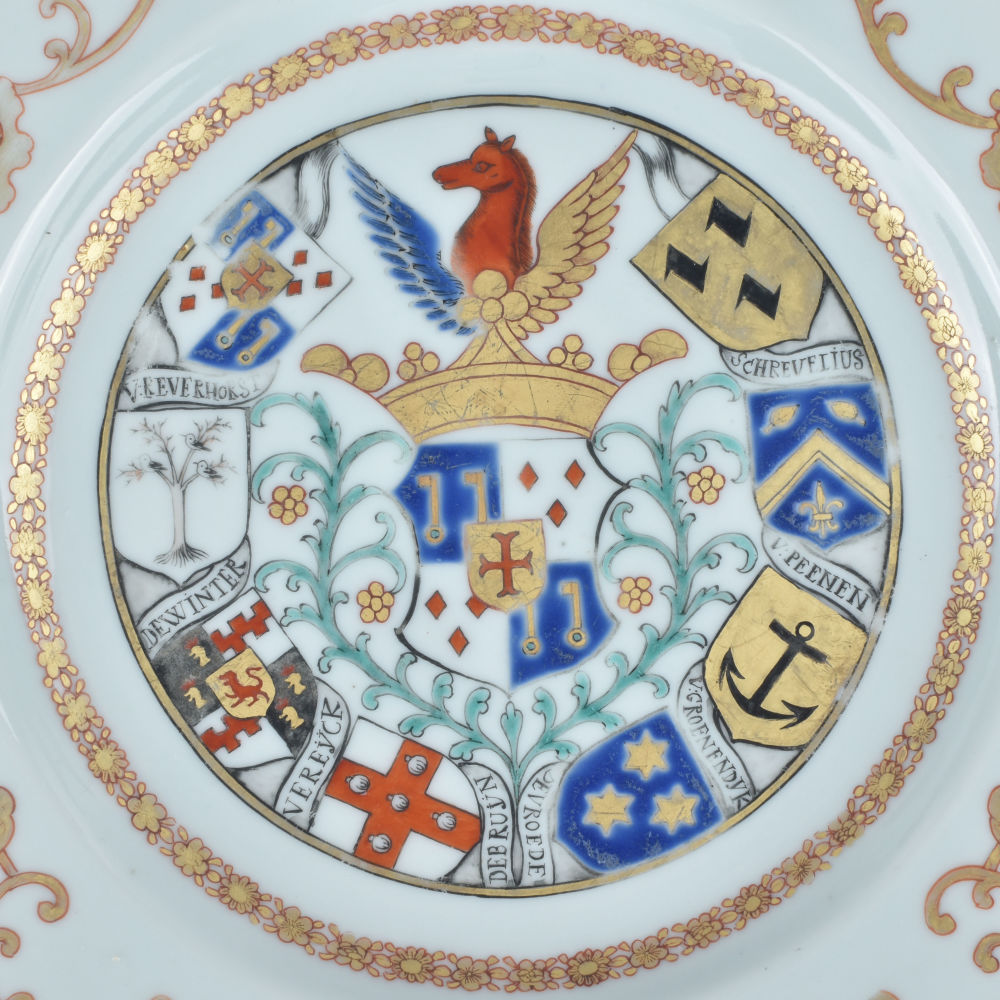 A pair of Chinese armorial plates for the Dutch market (van Reverhorst). Qianlong

Decorated in blue, green, black, iron-red and gilt with the coat-of arms of van Reverhorst with coronet and crest, surrounded by smaller arms of the families van Reverhorst, de Winter, Vereyck and de Bruyn to the left, and Schrevelius, Peenen, Groenedijk and de Vroede to the right, within a gilt and iron-red shell scroll border.

For a tea bowl and saucer from this service, see Christie’s NYC, The Benjamin F. Edwards III Collection of Chinese Export, 22 january 2003, lot 155.

For a pair of plates, see Christie’s NYC, The Hodroff Collection Chinese Export Porcelain From The Collection of Leo & Doris Hodroff, 24 january 2007, lot 248.

A basin is published in Made in China: Export Porcelain from the Leo and Doris Hodroff Collection at Winterthur, 2005, no.  30.

In 1920’s, The Museum De Lakenhal in Leiden obtained a part service of 55 pieces on permanent load. There were early collections of this service as such those of Count Mourin Nahuys in 1890 and C. M. Klatte (presently in the Princessehof Museum in Leeuwarden).

This plate belongs to one of the largest services with the arms of Dutch families, and must have been unusually expensive with exceptional and sometimes even unique shapes. The heraldry on this porcelain is very unusual with an elaborate central armorial surrounded by eight smaller coats, each named below, representing the ancestral arms of the commissioner(s) of this porcelain. This service is the ultimate illustration of a family tree more usually seen on hatchments in churches and it was considered a matter of particular pride to be able to claim eight armigerous great-grandparents. This is the first known porcelain service with ancestral arms and it appears that this type of Chine de Commande was made exclusively for the Dutch market.

It is likely that Adriaan, being a supercargo in Canton (1743-1748), carried out this order presumably placed by his brother Theodorus who lived in Batavia as a respectable member of the Court of Justice in a fashionable house with plenty room to display this exceptional porcelain. Nothing is known about the cost of this service which must have been considerable. 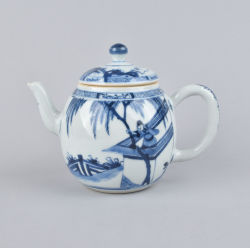 A Chinese blue and white “Romance of the Western Chamber” teapot. Yongzheng... 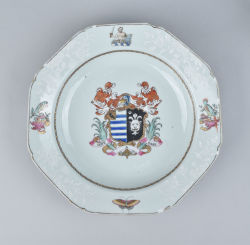 A Chinese armorial plate for the English market (Hotham). Qianlong... 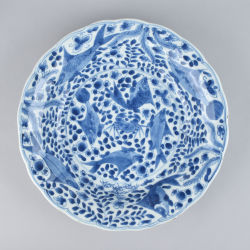 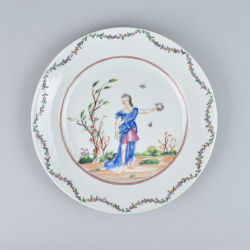