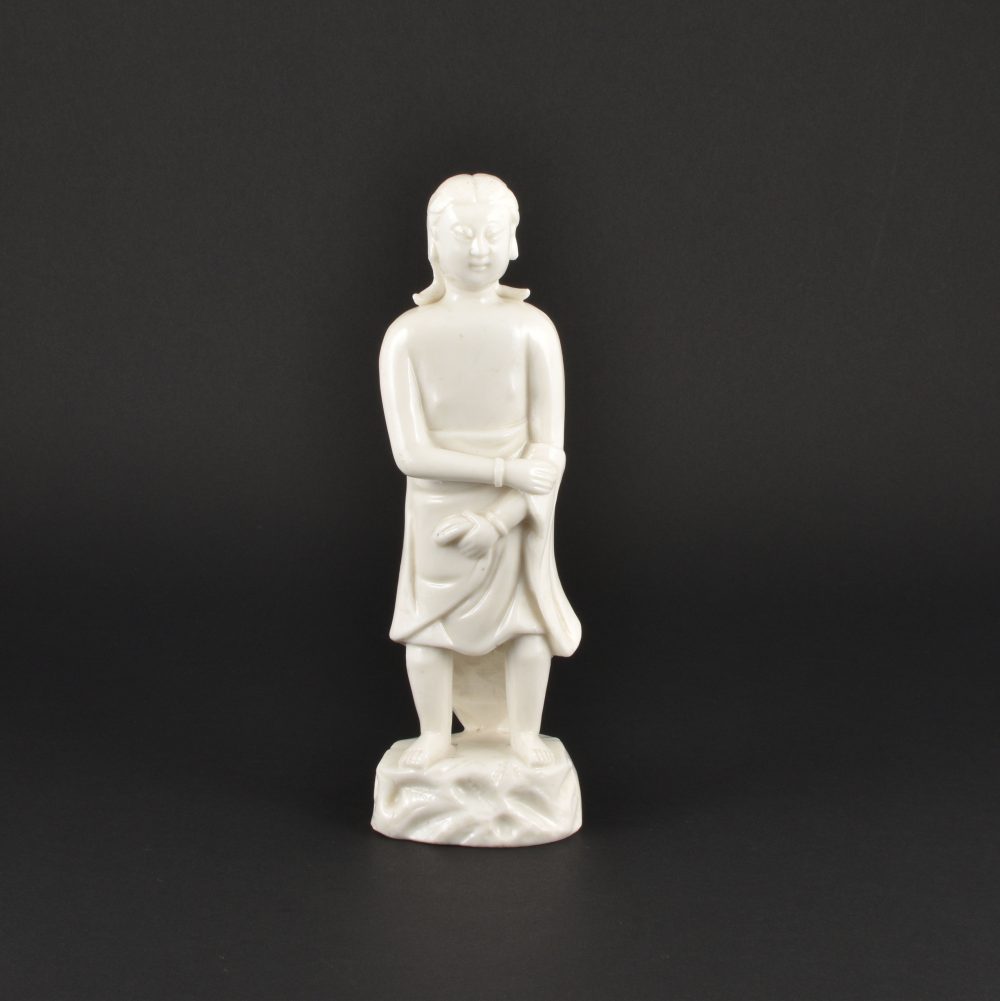 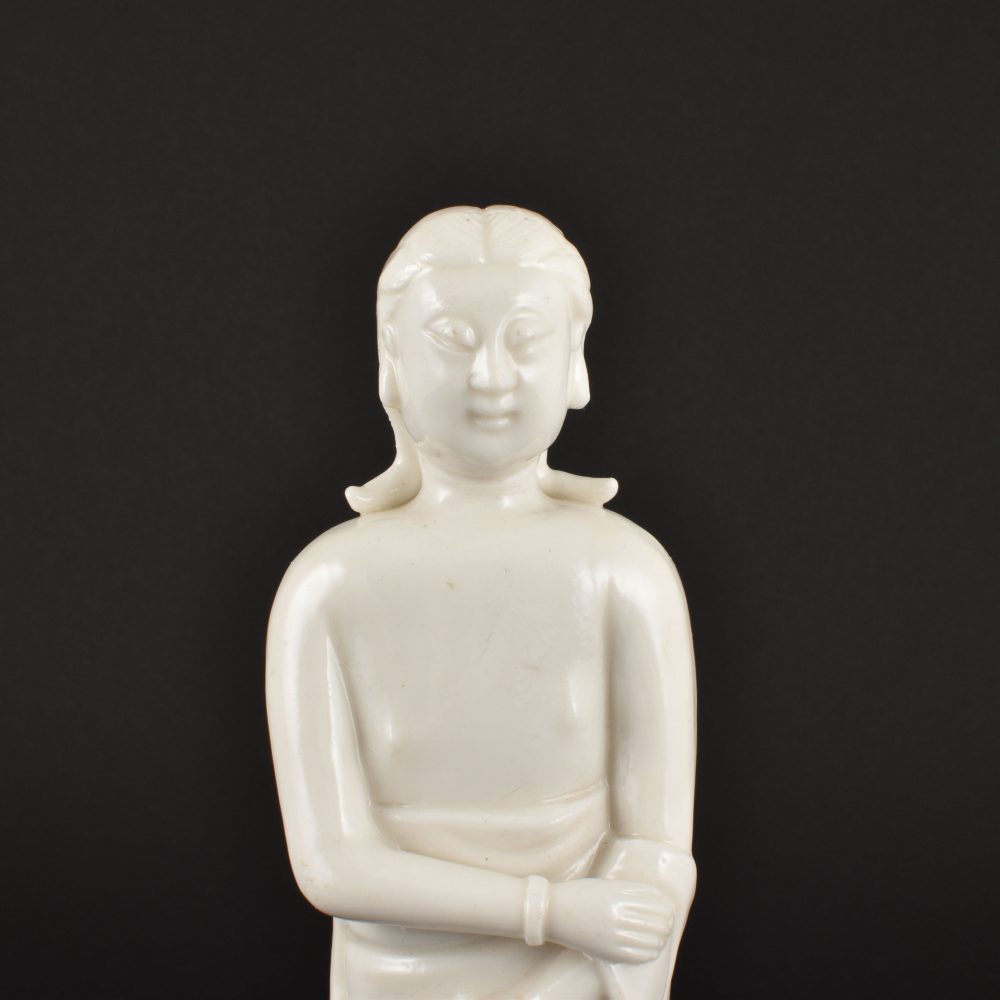 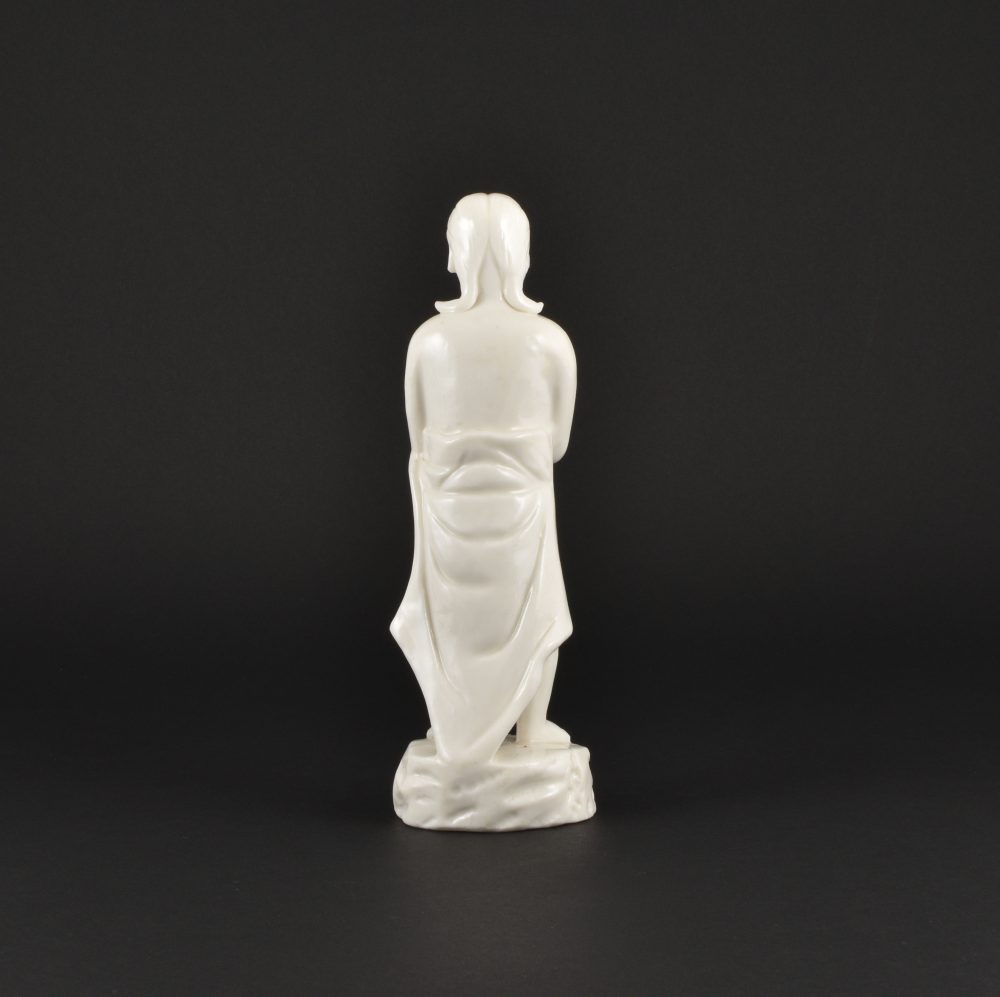 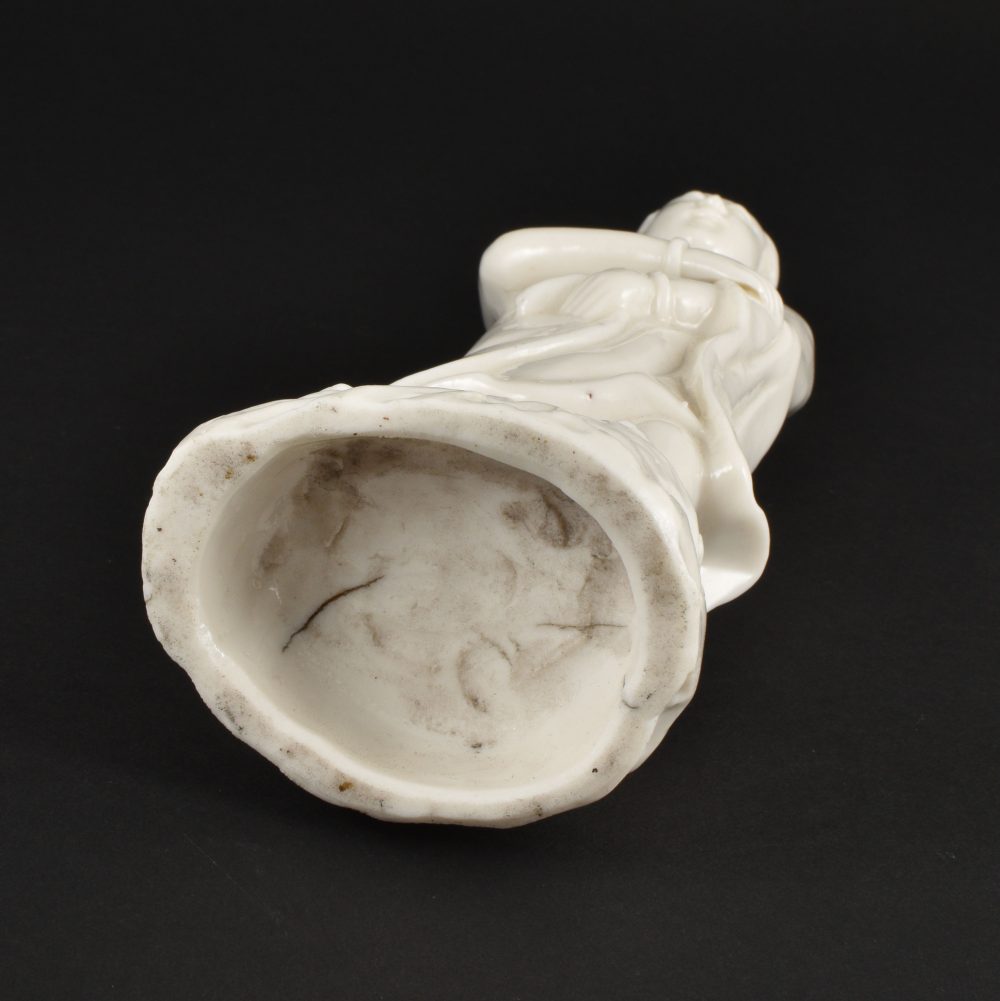 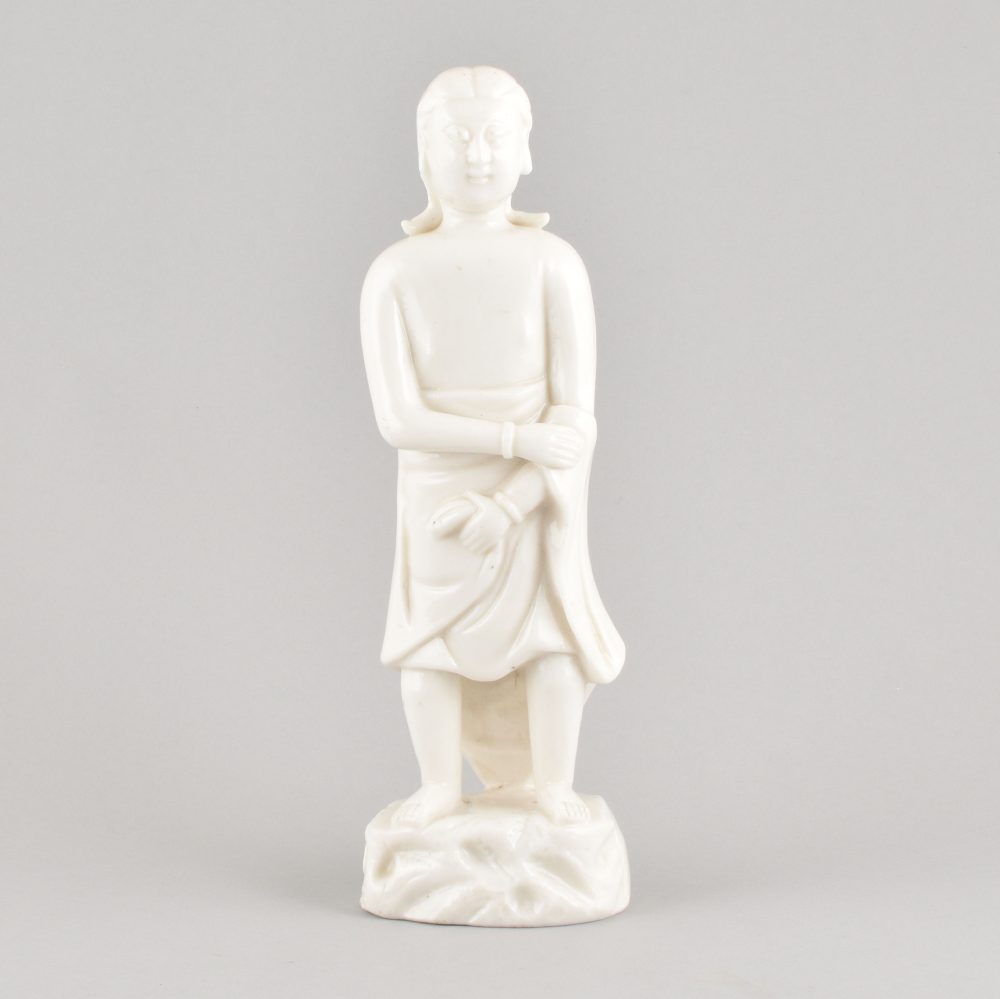 A standing figure of a man draped in a cloth and bare from the waist up, wearing bracelets, on rockwork base, covered in a cream glaze.

Another pair, with Chinese hairstyles, from the collection of John T. Dorrance Jr, Gladwyne, Pennsylvania was included by Marchant in their exhibition of Blanc de Chine, 1994, no. 20, p. 30

Traditionally these figures are known as Adam and Eve. Usually the female figure is depicted with the same hairstyle as the male; in this case the female has a European-style high piled coiffure.

This figures have variously been described as “slaves” or “Adam & Eve”, but it could be based on prints or carved wood models, possibly of the type made to depict natives of exotic regions.

The 1721 inventory of Auguste II the Strong, Elector of Saxony, lists similar figures and their measurements are similar to those for these models.