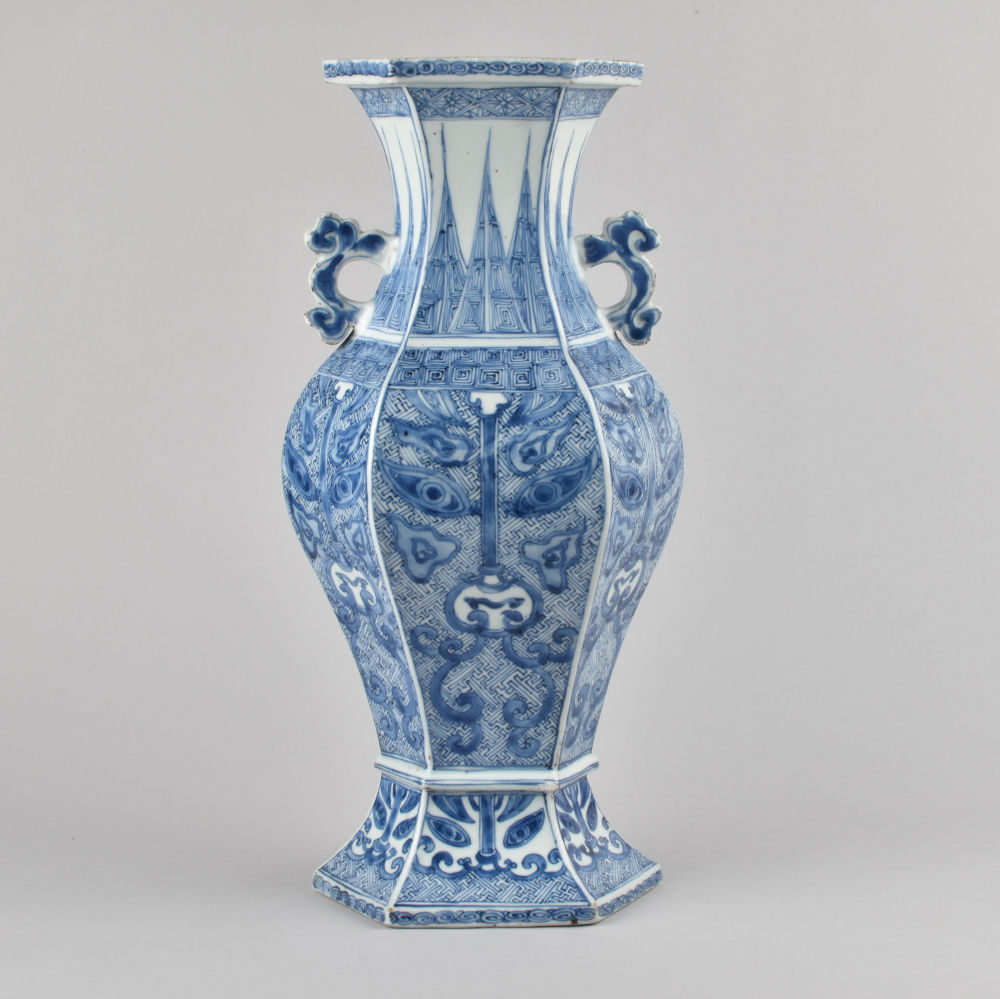 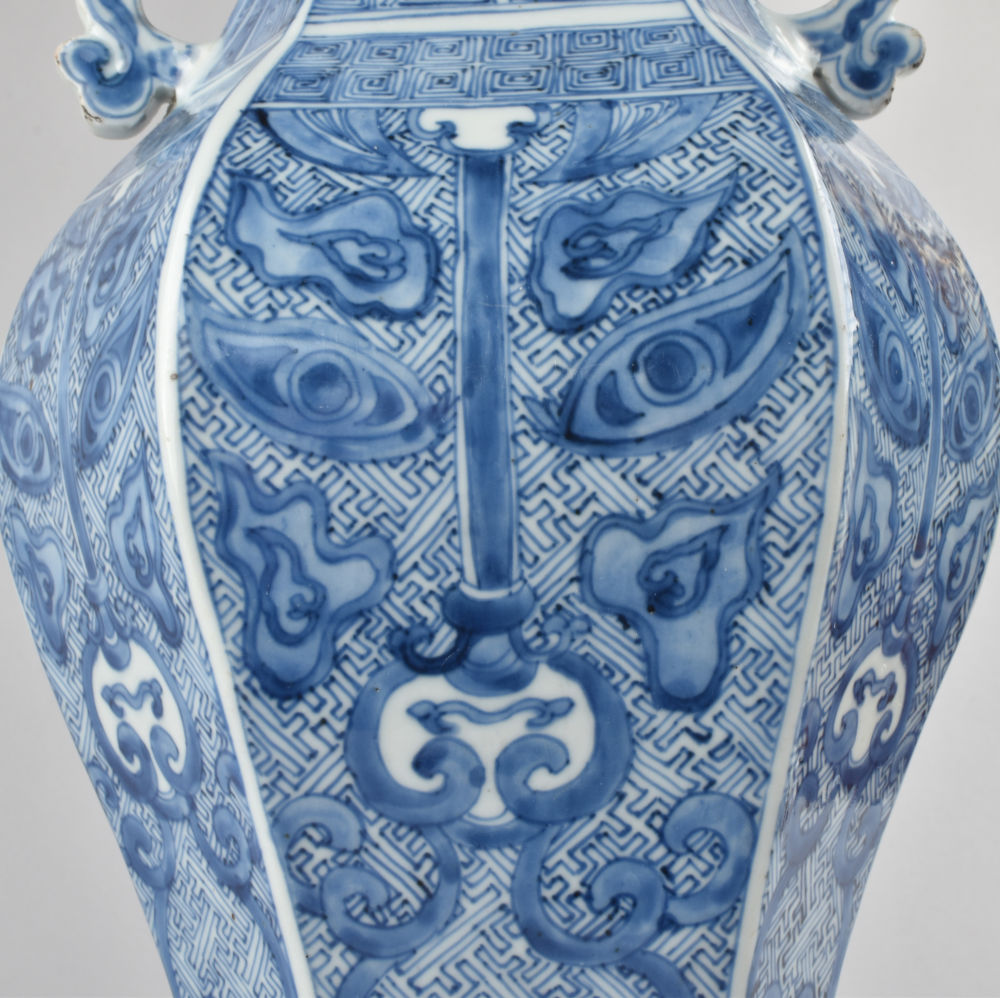 After a bronze original and decorated with taotie masks.

The Taotie is an ancient Chinese mythological creature that is commonly emblazoned on bronze and other artifacts during the 1st millennium BC. Taotie are one of the « four evil creatures of the world ». In Chinese classic texts such as the « Classic of Mountains and Seas », the fiend is named alongside the Hung, Qiongqi, and Taowu. They are opposed by the Four Holy Creatures, the Azure Dragon, Vermillon Bird, White Tiger and Black Tortoise. The four fiends are also juxtaposed with the four benevolent animals which are Qilin, Dragon, Turtle and Fenghuang.

The Taotie is often represented as a motif on dings, which are Chinese ritual bronze vessels  from the Shang (1766-1046 BCE) and Zhou dynasties (1046–256 BCE). The design typically consists of a zoomorphic mask, described as being frontal, bilaterally symmetrical, with a pair of raised eyes and typically no lower jaw area. Some argue that the design can be traced back to jade pieces found at Neolithic sites belonging to the Liangzhu culture (3310–2250 BCE). There is also notable similarity with the painted pottery shards found at Lower Xiajiadian culture sites (2200–1600 BCE).