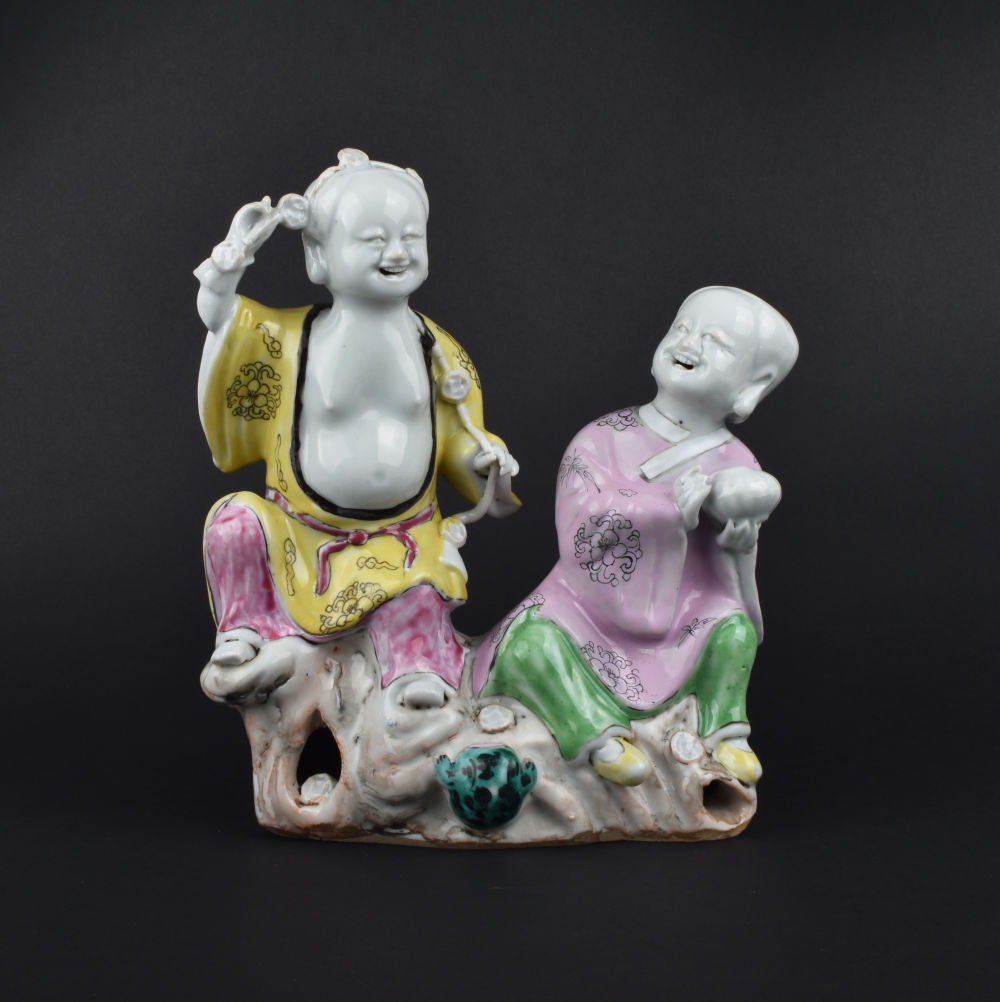 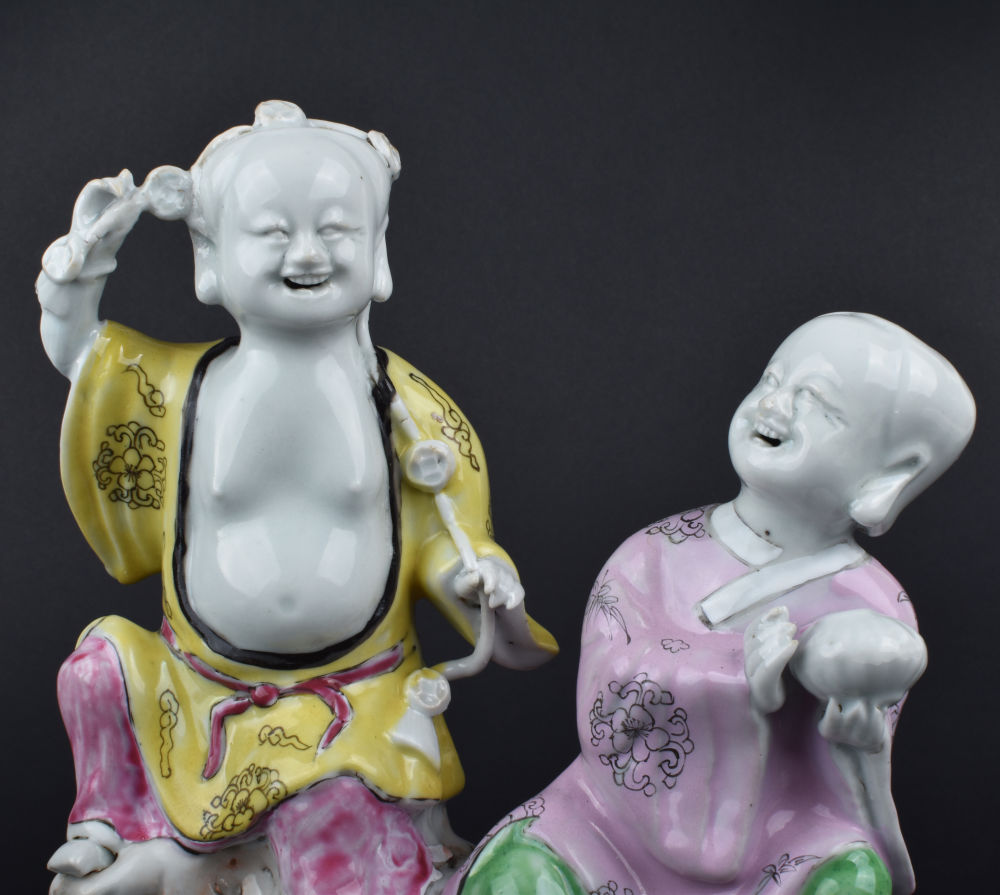 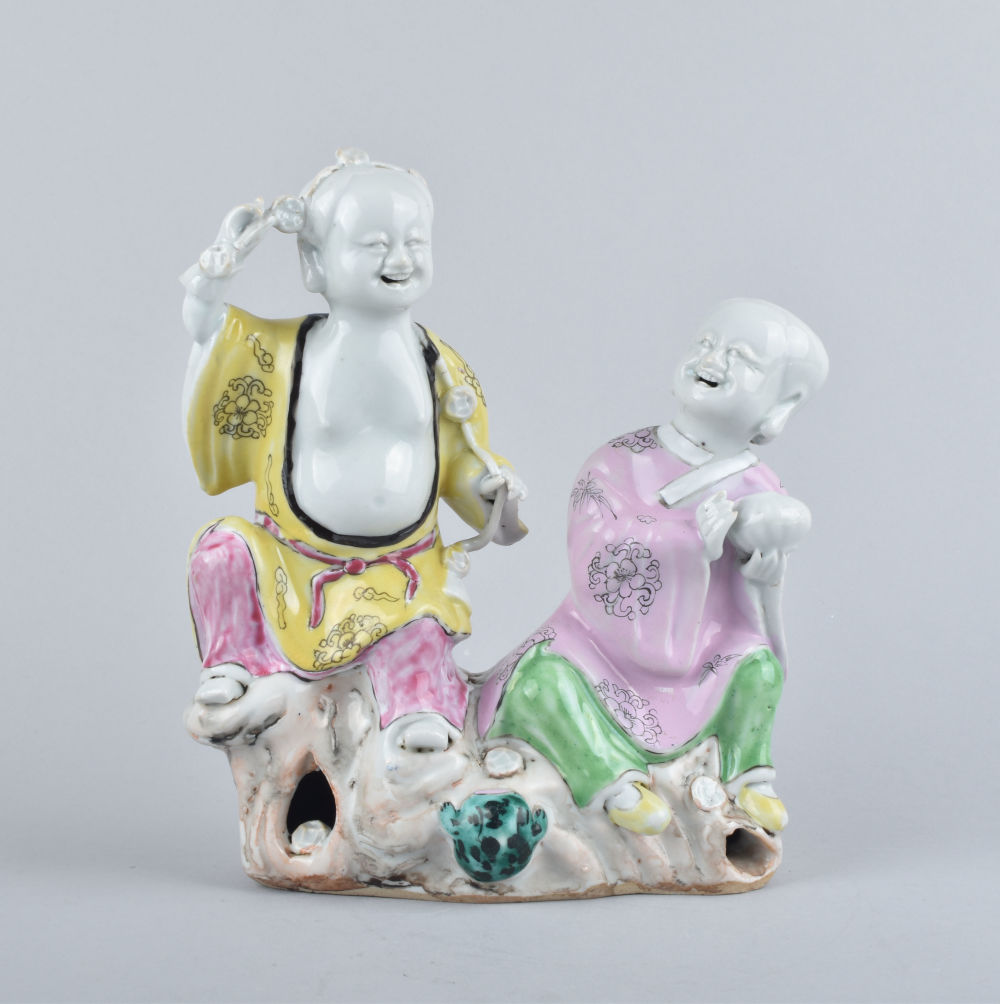 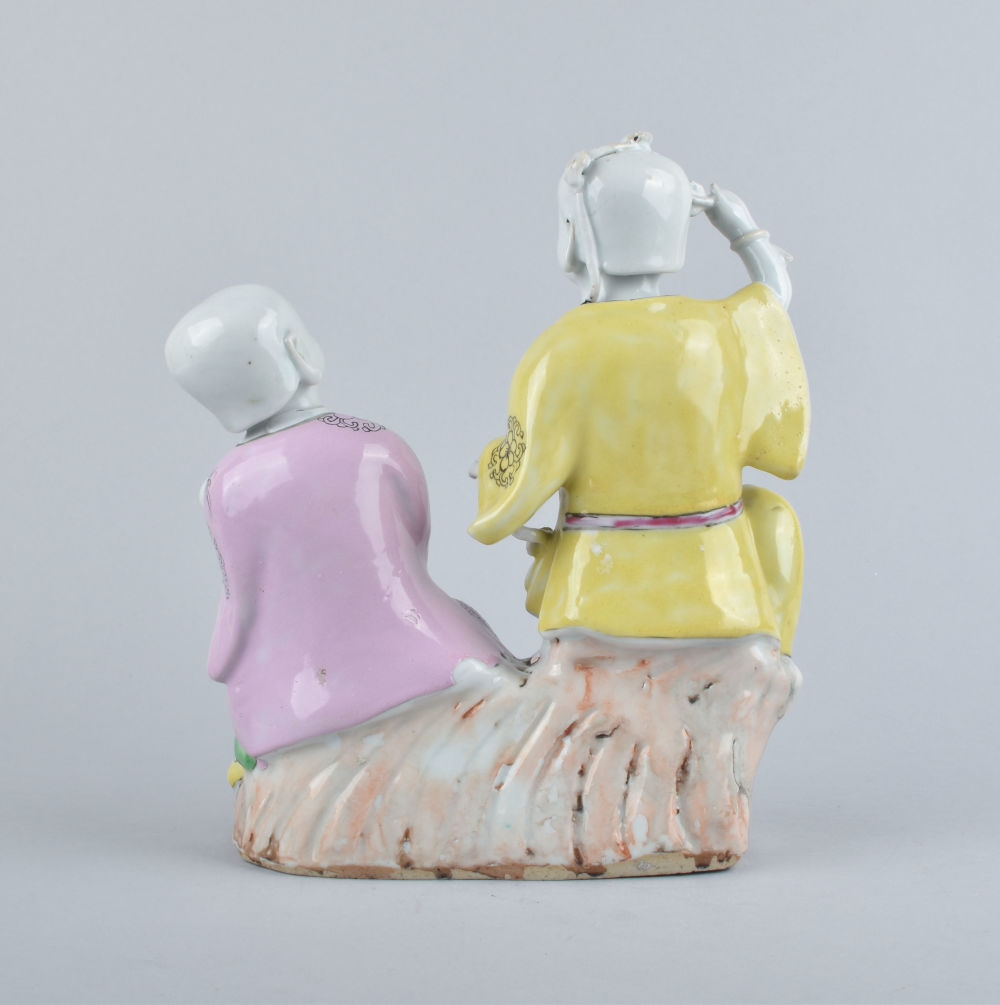 Decorated in the famille rose palette, with two boys seated on pierced rock work, a “three-legged toad” peering out from an opening below.

An identical group is illustrated by Thomas V. Litzenburg, Jr in Chinese Export Porcelain in the Reeves Center Collection at Washington and Lee University (2003, p. 215, no. 219).

The two laughing boys are the Hehe Erxian. They are also known as the “Boy Immortals” and the “Twin Genii of Harmony and Mirth”. The figure to the left is Liu Hai, one of the gods of wealth, who holds aloft a string of “cash”. In the hand of his companion is a box of gold coins. The partially hidden “three-legged toad”, an attribute of Liu Hai, is a symbol of money-making.

The Chinese words he is a homonym for a both “box” and “concord”, and Er xian means “the two holy ones”. Personifying prosperity and accord, the Hehe Erxian were venerated as patron deities by Chinese merchants and traders. Originally intended for the domestic market, images of the Hehe Erxian became popular motifs in the export trade and are known in several variations.