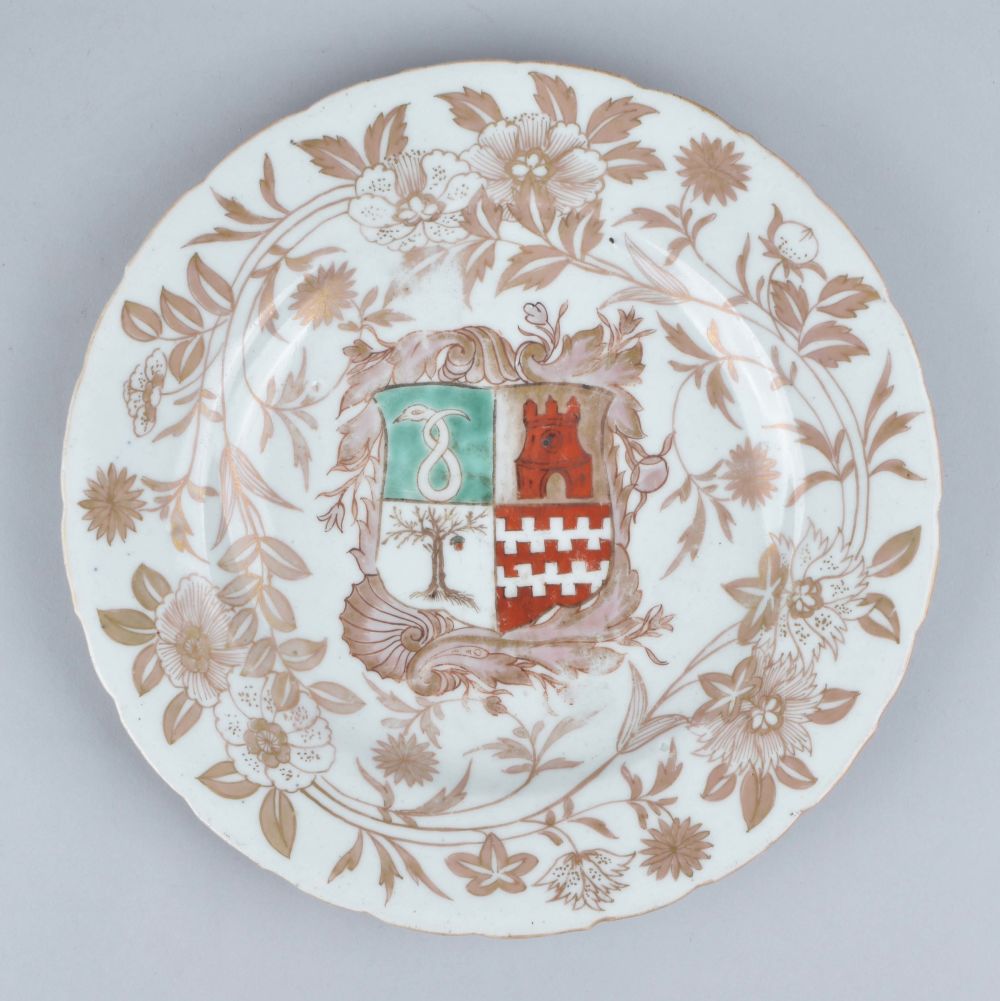 A Japanese armorial plate for the European market decorated with flowers and foliages. Arita, c. 1710-1730

The plate centered with a coat-of-arm, surrounded by a gilt baroque shell and leaf design, on a gilt floral ground.

The arms were attributed to the Portuguese Brandao family (Soame Jenyn’s, Japanese Porcelain, Faber & Faber, 1965), but recent research shows that the arms may not be Portuguese, but Dutch and those of the Dutch Van der Meij of Dordrecht family.