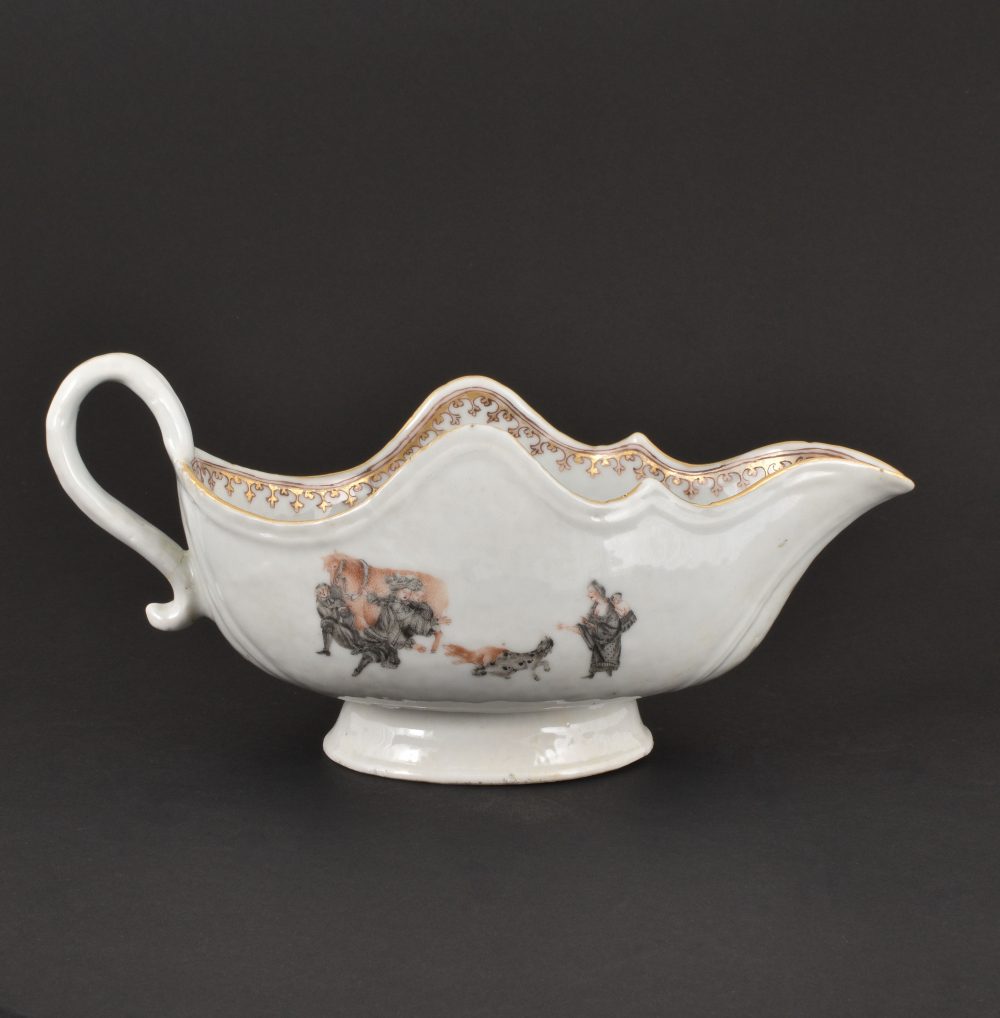 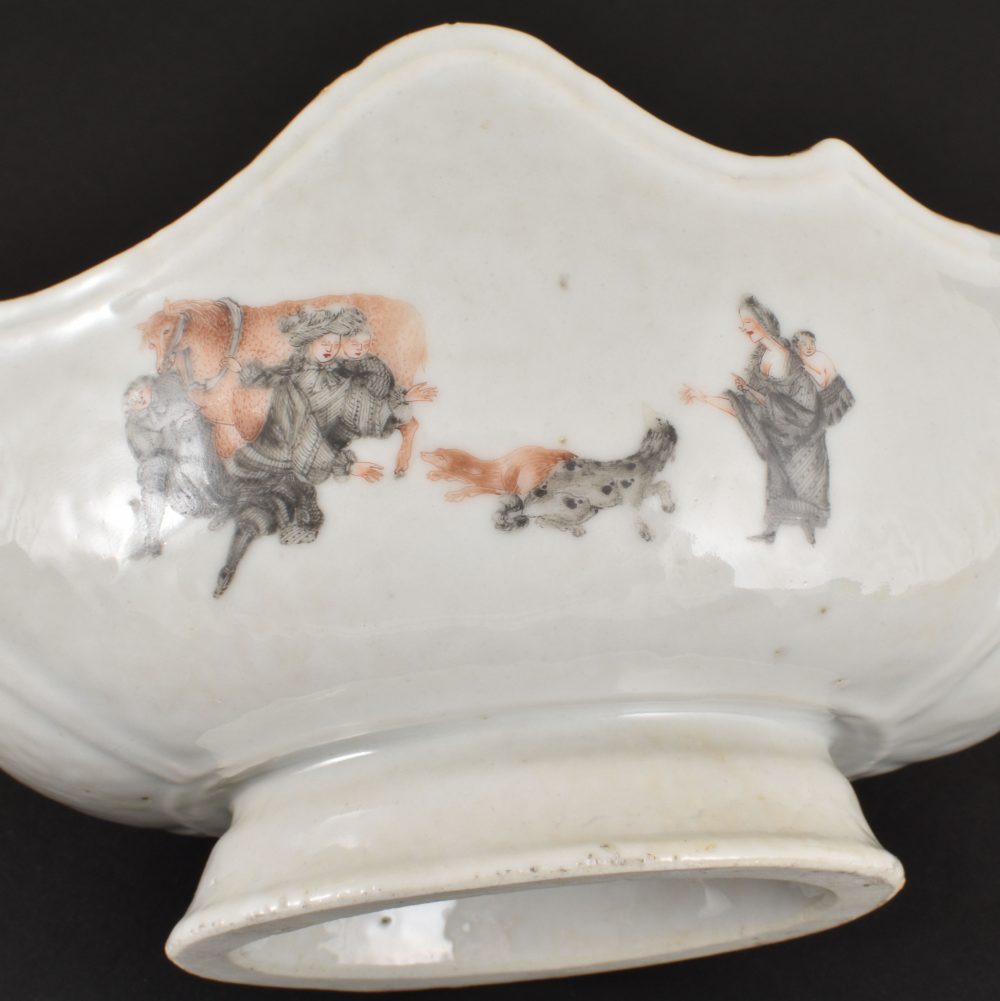 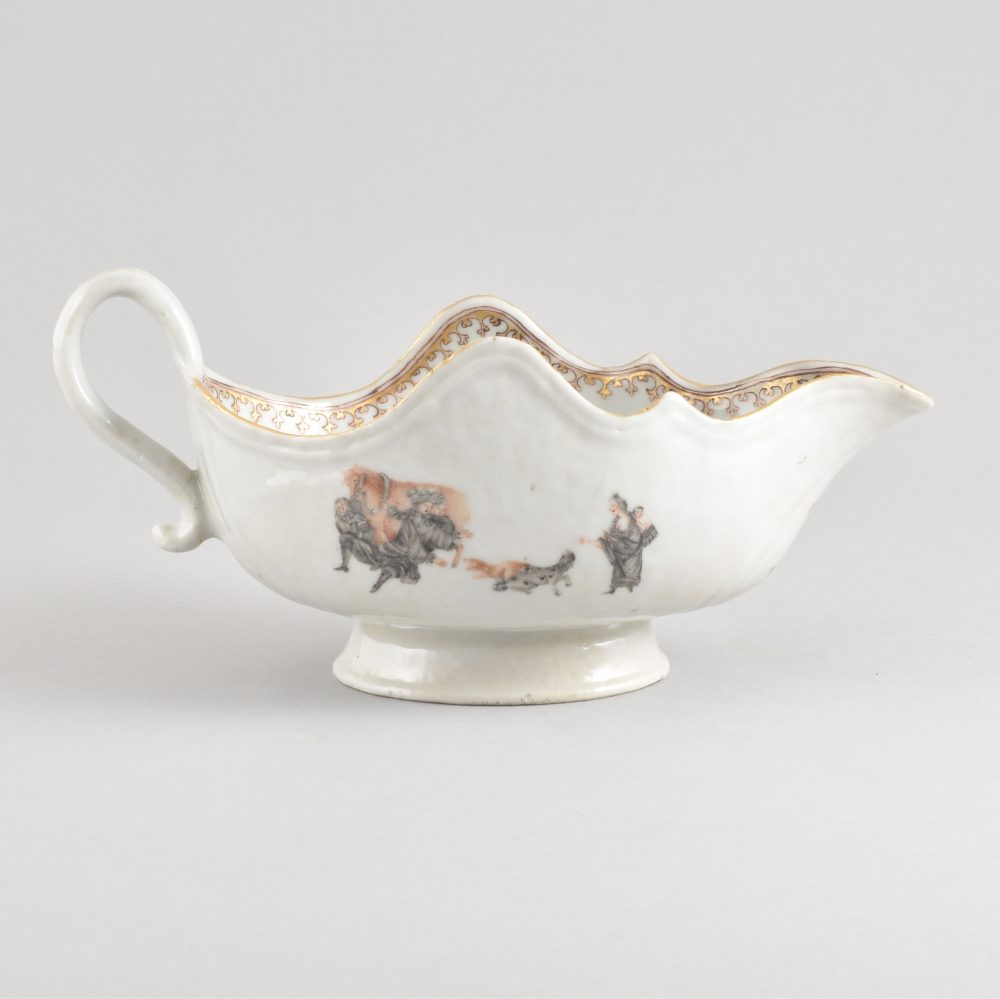 Of European silver shape with deeply scalloped rims and molded edges, decorated en grisaille, sepia and gilt, in an unusual color choice, with a scene inspired in the engraving The gipsy Fortune Teller, by John Smith (1652-1743). A European  gentleman, dismounted from his horse, accompanied by two young men, presents his hand to a fortune-teller. The woman has a child laced at her back and between her and the gentleman two dogs seem to observe the scene. Unlike the original engraving, the Chinese artist interpreted the nobleman holding the gypsy fortune-teller’s hand and not the other way round. The sauceboat has a spearhead bordure.

A plate, from Cohen & Cohen was in the Alves Collection and published by Paulo & Filomena Cunha Alves in From East To West The Quest For Chinese Export Porcelain With Western Themes (1695-1815), p. 230, no. 142.