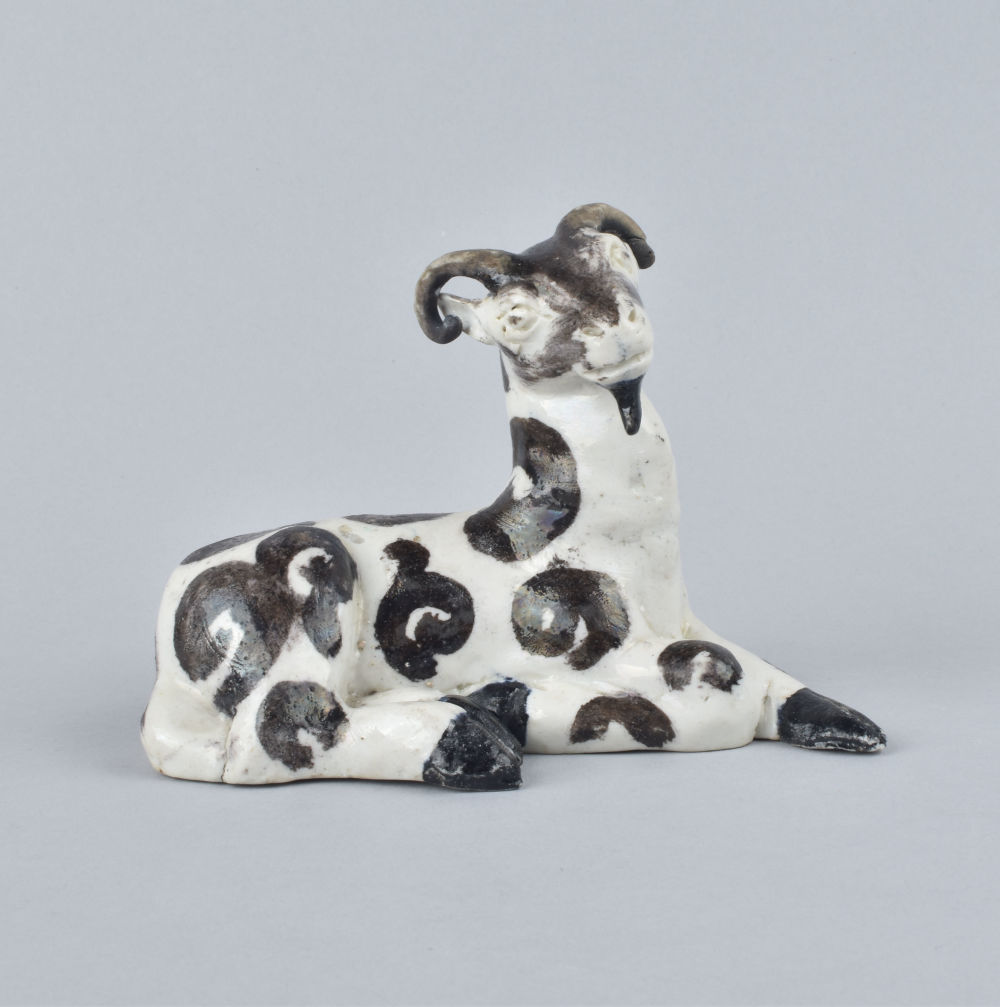 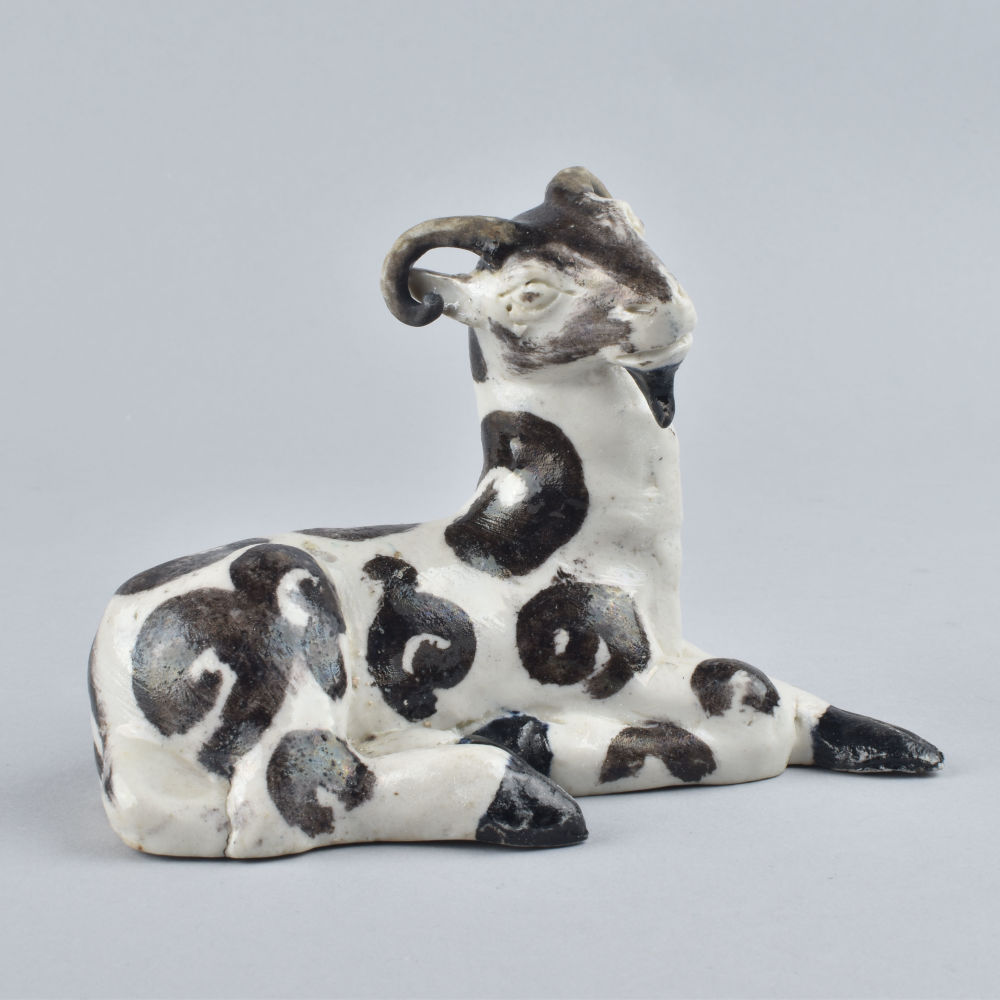 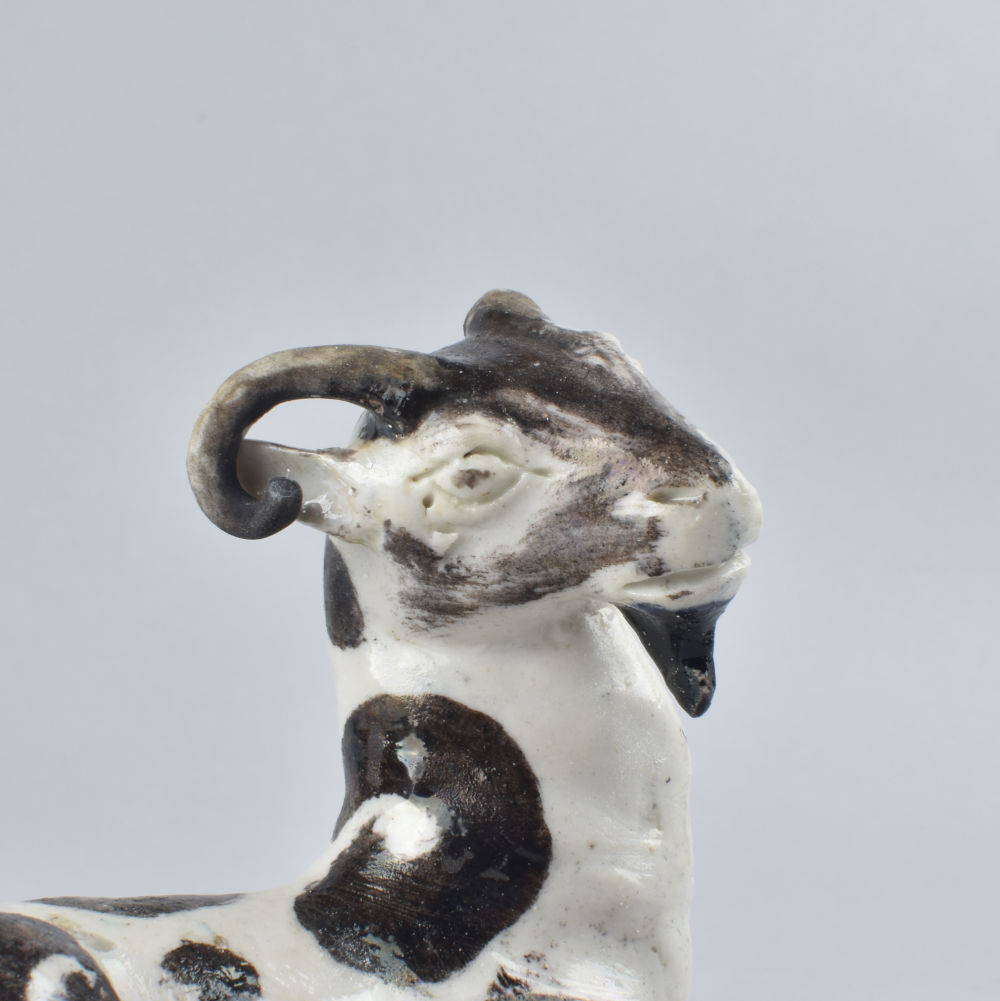 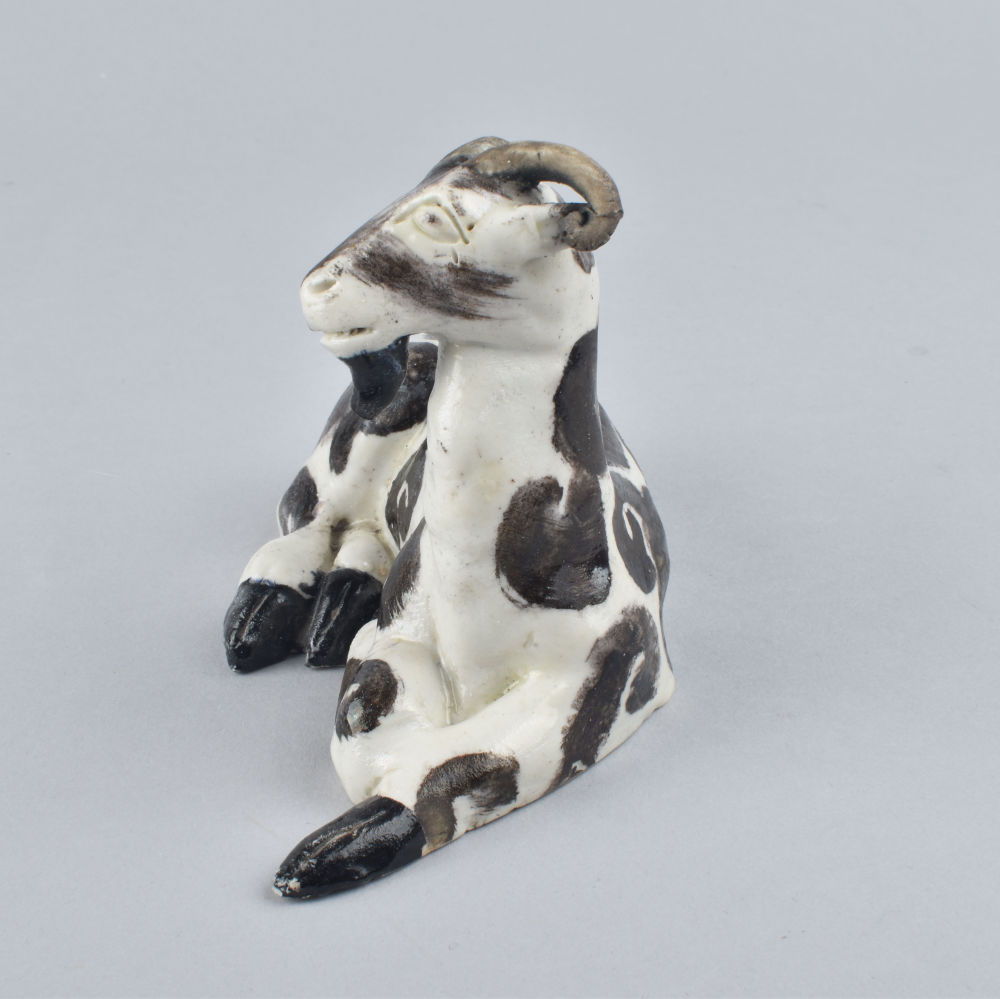 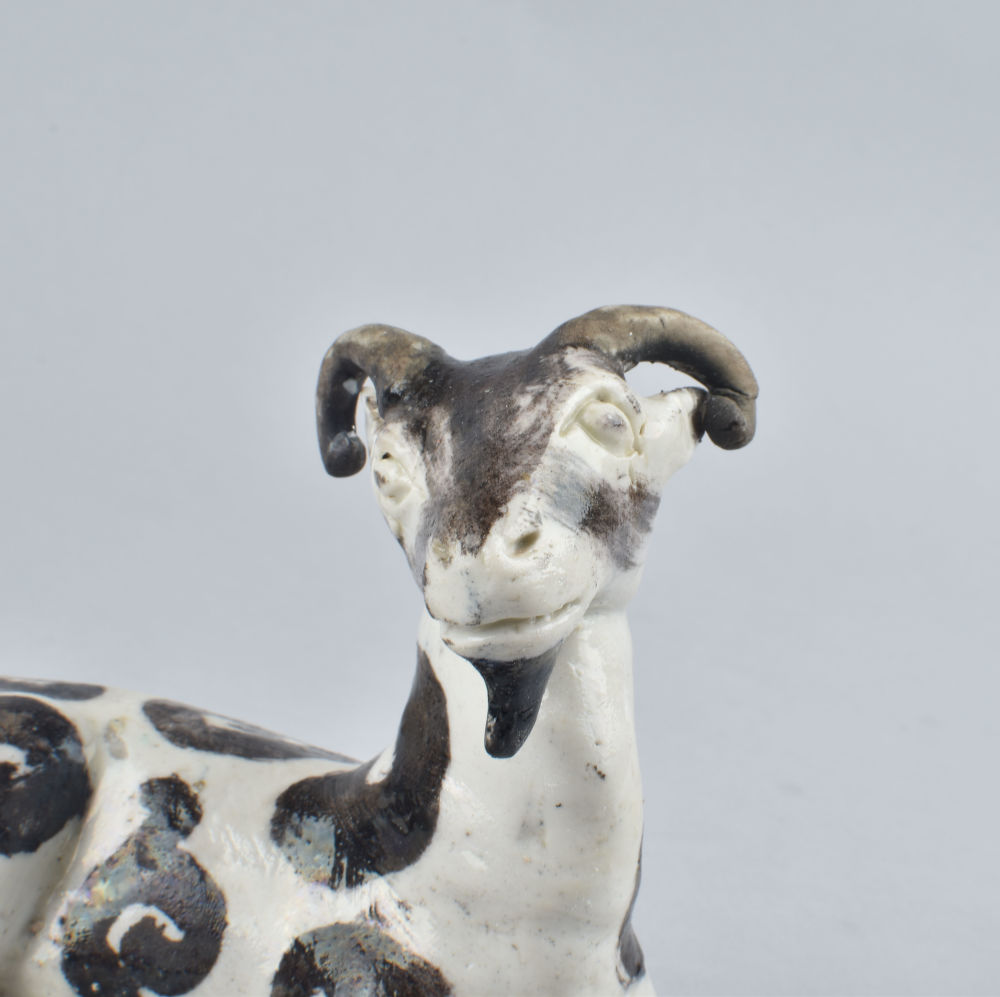 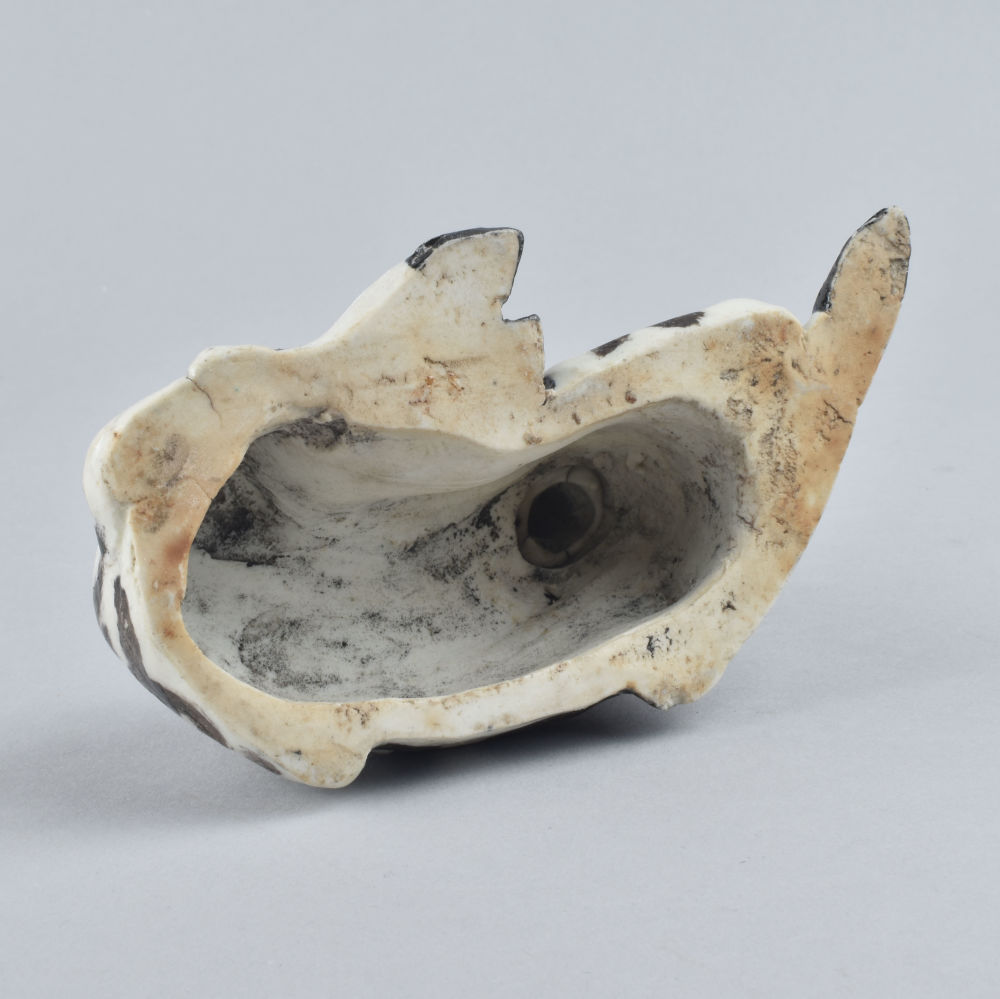 Goat and sheep are not common in Chinese art that does not depict the life of northern people, though sheep donated their scapulae to Shang dynasty diviners and figure in several famous Tang poems. Ancient parables involving sheep give us such set phrases as « losing the sheep at a fork in the road », referring to failure to act calmly and rationally in a complex situation. A vivid expression is « ten sheep and nine shepherds », denoting bloated, bureaucratic management, and a « sheep-intestine path » is a path with many twists and turns.

The argali (Avis ammon app) is an interesting species of sheep and is native to China, but it is not the main ancestor of the domestic sheep (Ovis aries), which is in fact probably derived from the Mouflon (Ovis orientalist), which originally ranged in eastern Europe as far as Northern Iran and Anatolia. Domestication occurred during the Neolithic, so they were probably quite new in China in the Shang, and it is not clear whether the oracle bones are goat, sheep, or argali. The symbol for sheep on the oracle bones does not appear with an arrow through it, denoting a hunted animal, si it can be assumed that they were domesticated.

The goat (Capra aegagrys) appears similar to sheep but is in a different genus and has a different number of chromosomes, thought the myth of a sheep-goat hybrid fascinated many naturalists, including Buffon, who recorded his finding of several in 1752.