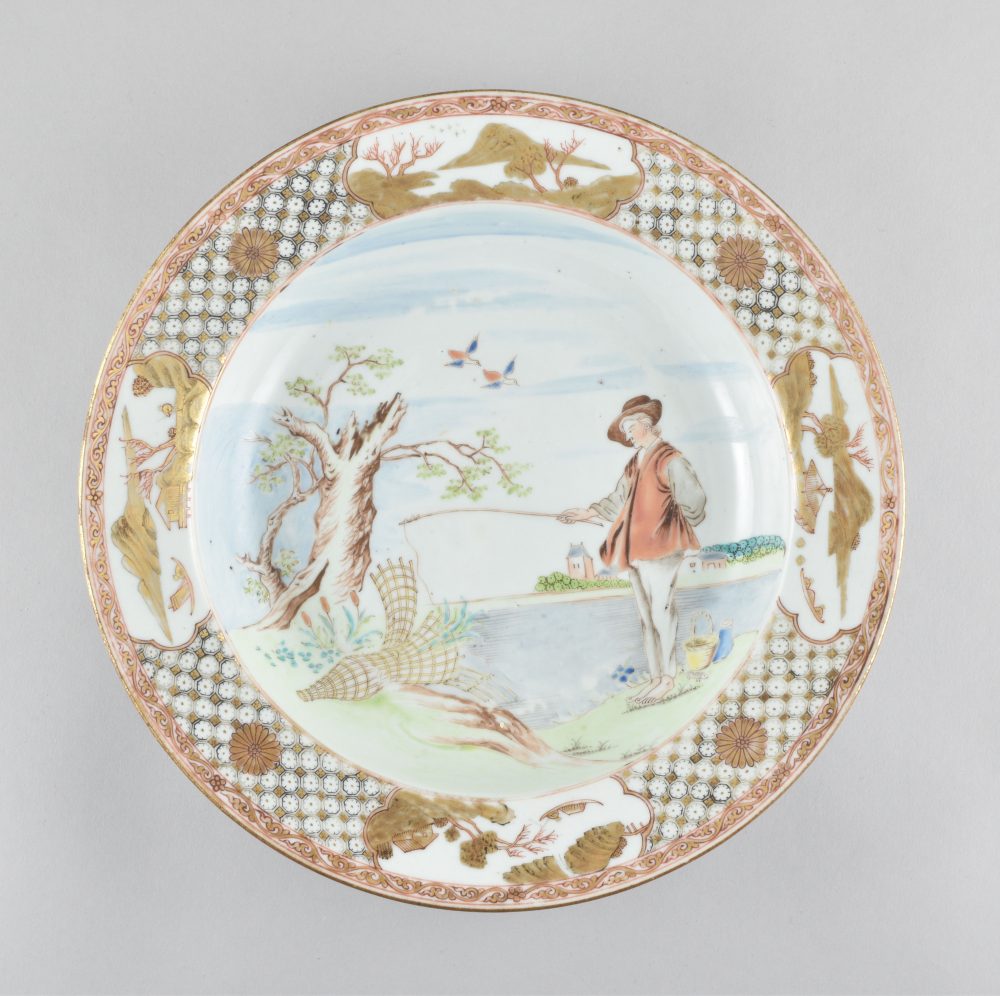 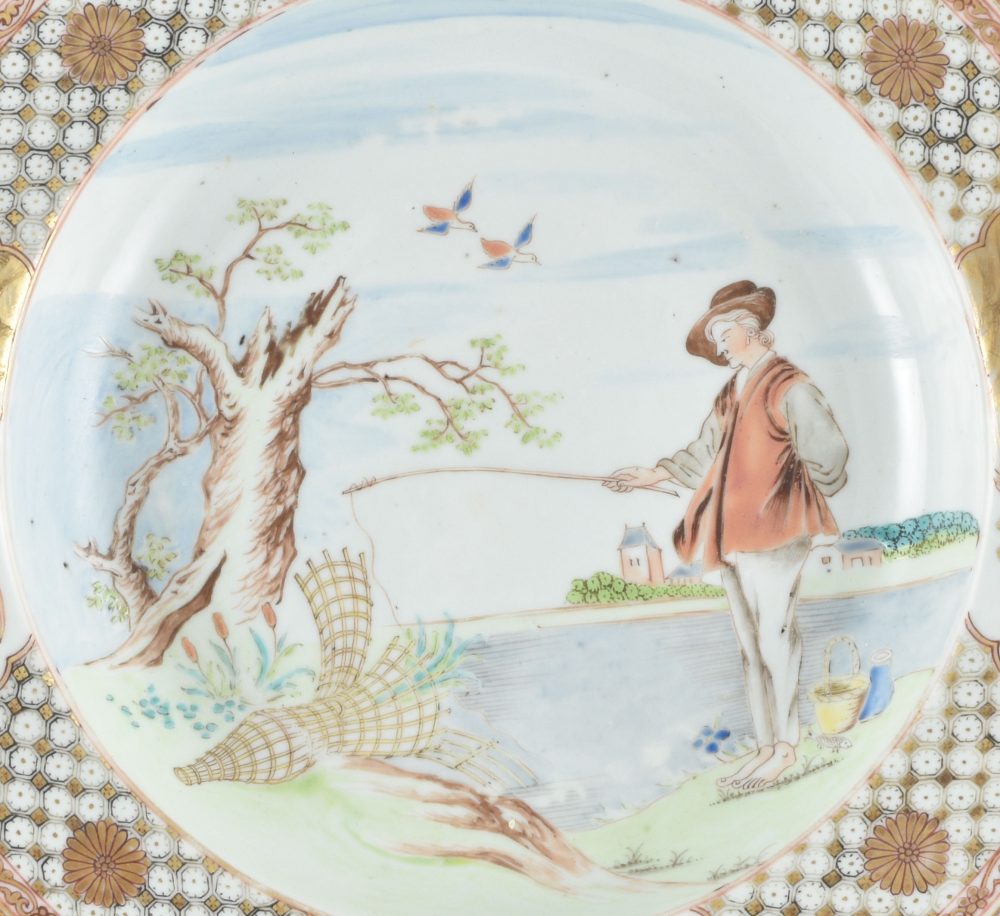 A Chinese polychrome and gilt “The Fisherman” plate. Qianlong period

Decorated with a Dutch fisherman before traps and a tree trunk, the border gilt and grisaille enameled lattice-work with four reserve panels of Chinese-style gilt, grisaille, and iron-red mountains.

This scene is found in famille rose enamels (en camaïeu rose), en grisaille and gilt, or as in the present lot in polychrome enamels, with a variety of borders. David Howard suggests that the polychrome version of “The Fisherman” was probably ordered by the V.O.C., whereas the others versions, en grisaille and in pink camaïeu, with less costly rims, where ordered by private traders.