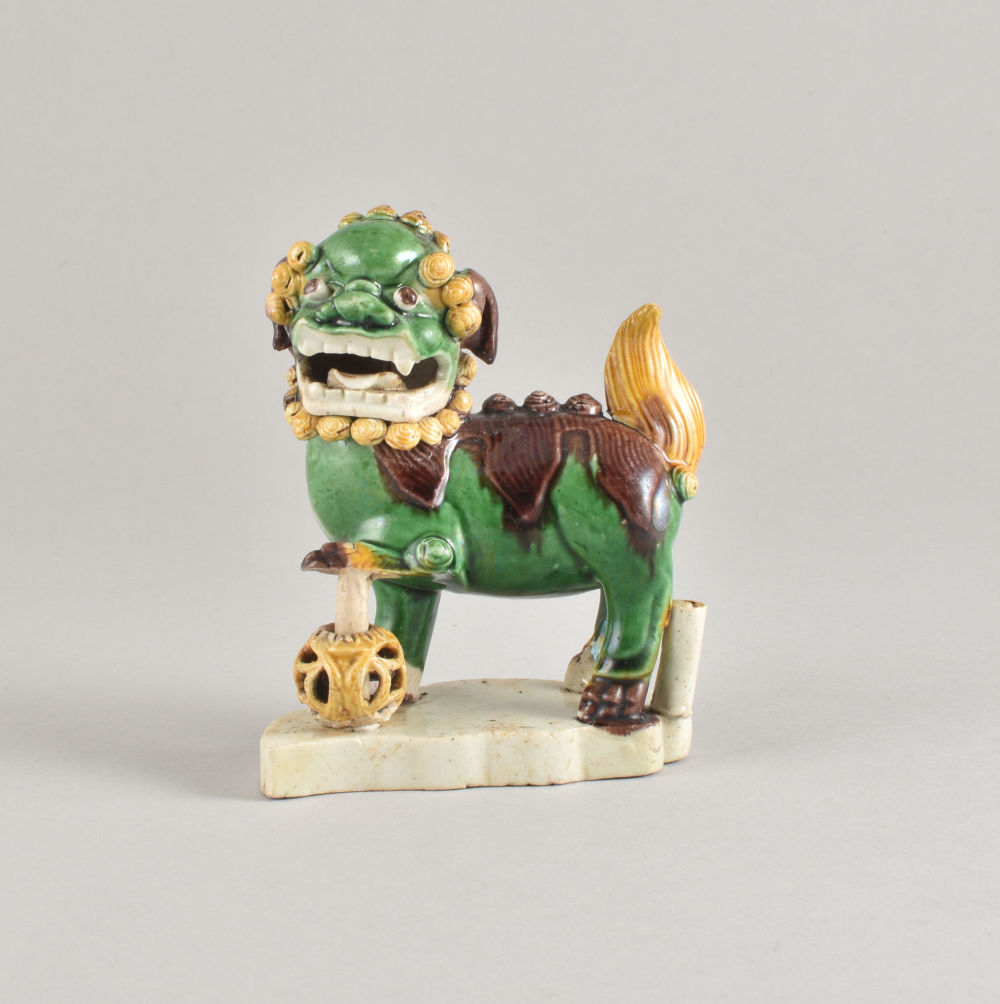 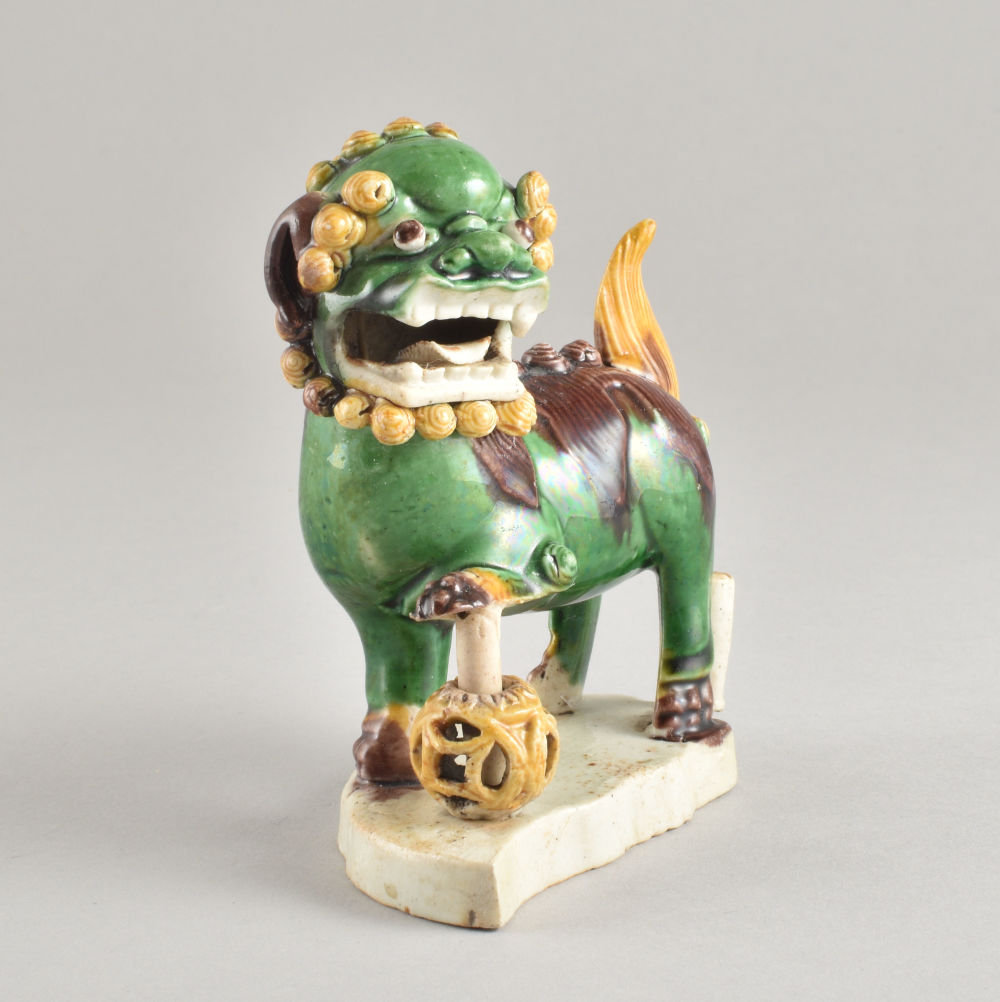 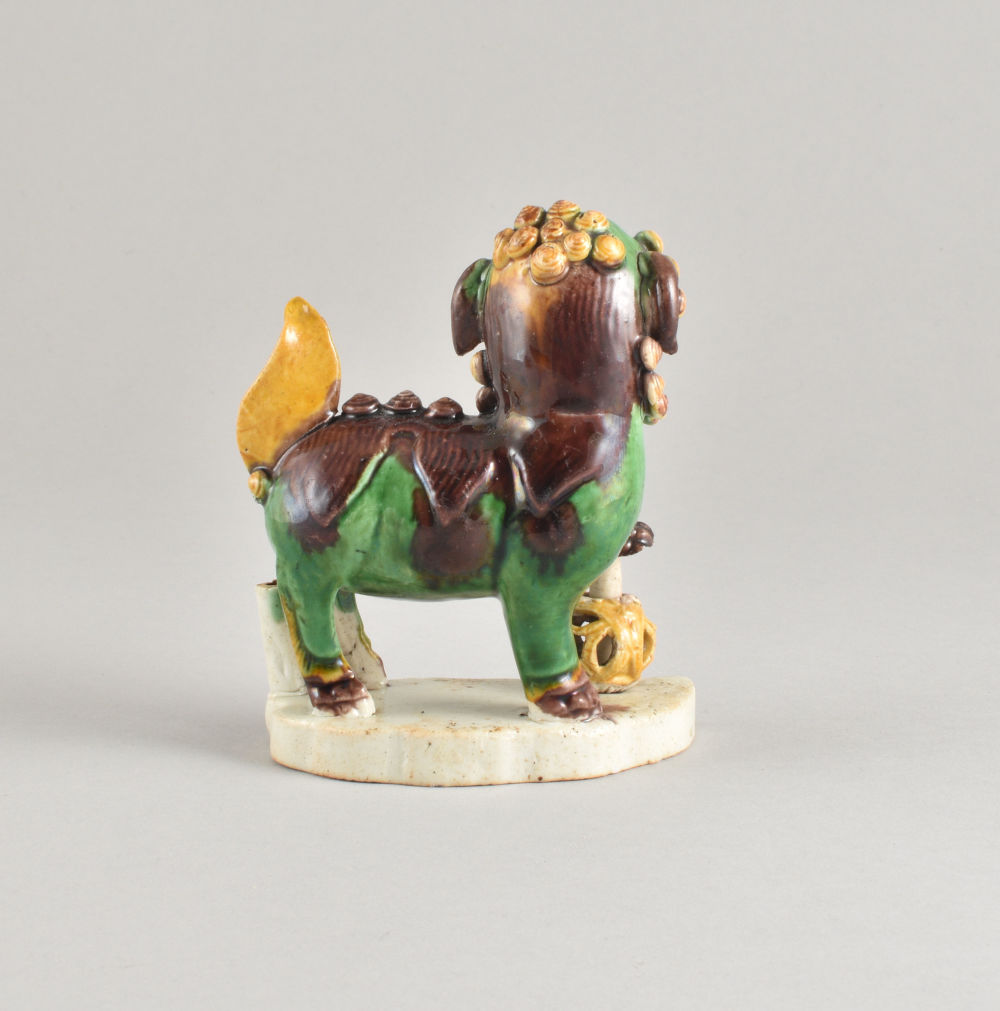 Decorated in famille verte enamels on the biscuit, standing on three feet and looking to the left, with moveable eyeballs and on an Artemisia leaf-shaped base which symbolized the driving away of evil. Under its left front paw is a moveable yellow ball.