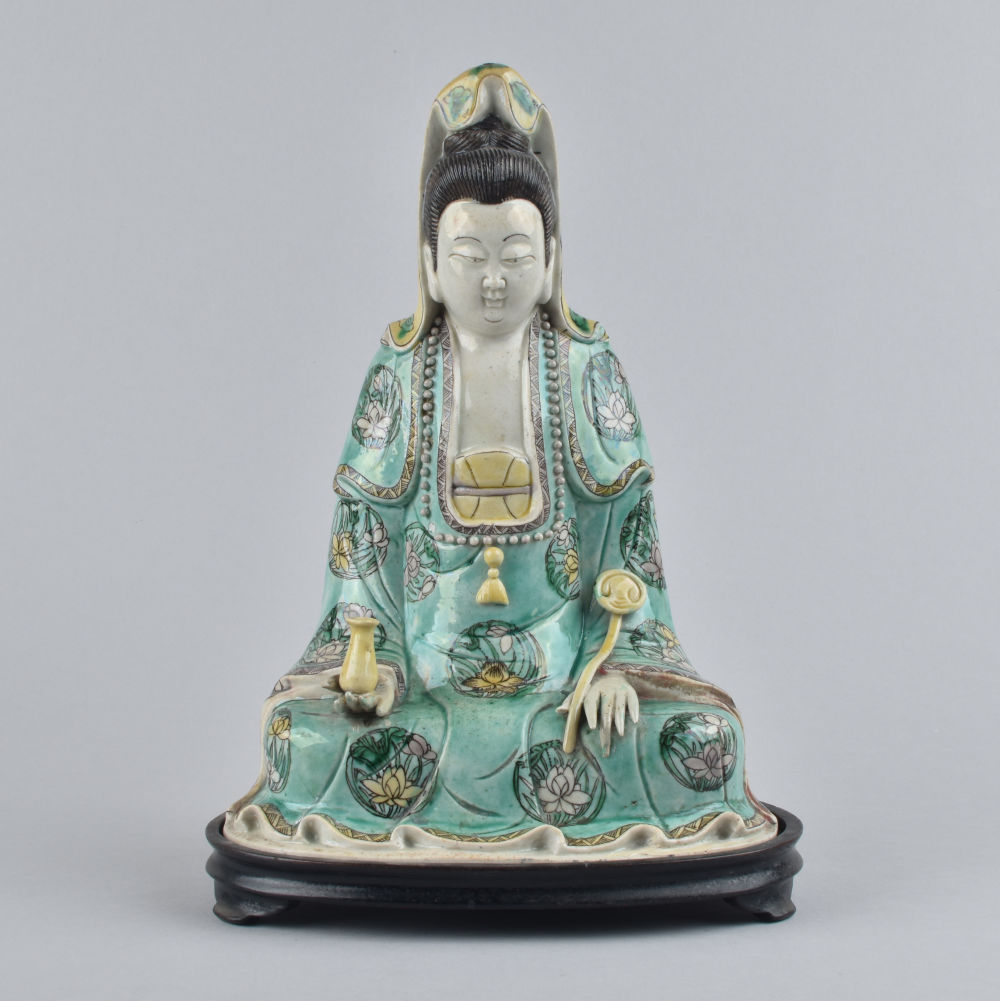 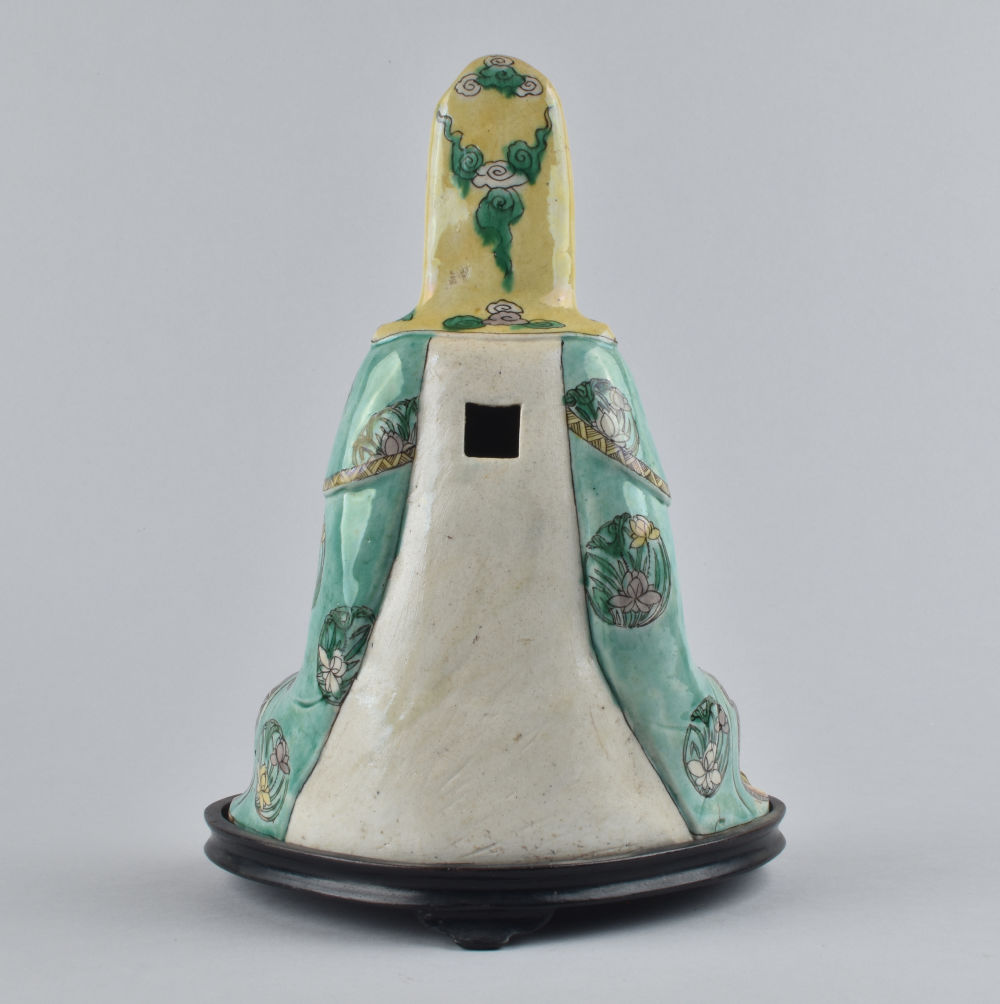 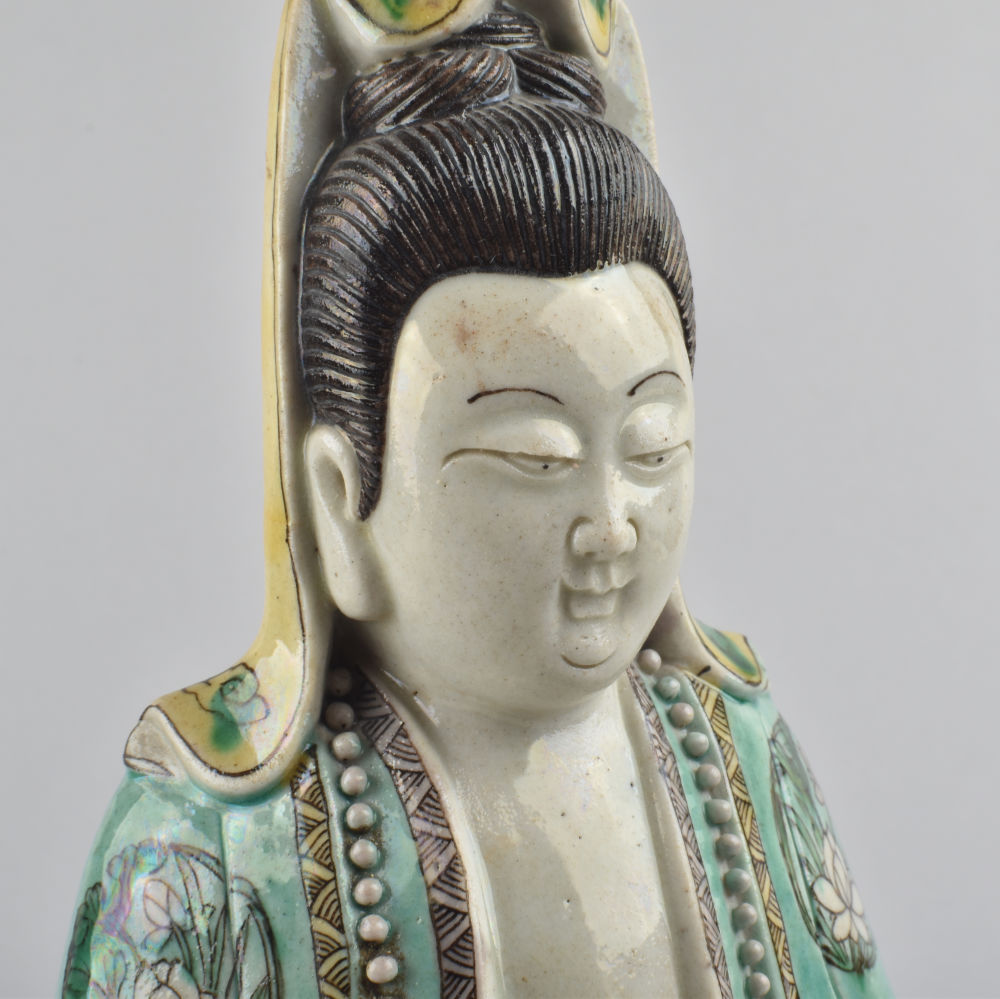 A Chinese figure of Guanyin decorated with famille verte enamels on the biscuit. Kangxi

The goddess of mercy shown seated, with a small vase and ruyi scepter, her eyes meditative and downcast, her high-top knot under a scarf and a long necklace around her neck.

A similar Guanyin is reproduced by William R. Sargent in Chinese Porcelain in the Conde Collection, Madrid, 2014, p. 164, no. 47

In the context of East Asian Buddhism, Guanyin is a Bodhisattva associated with compassion. The Chinese characters that make up “Guanyin” specifically means “observer of sounds” (guan = observe; yin = sounds), conveying the belief that Guanyin is a listener of suffering sounds, and thus a tenderer of the world’s troubles. For this reason, most depictions of Guanyin in Chinese art feature the Bodhisattva looking downward, as if to watch over the mortal realms.