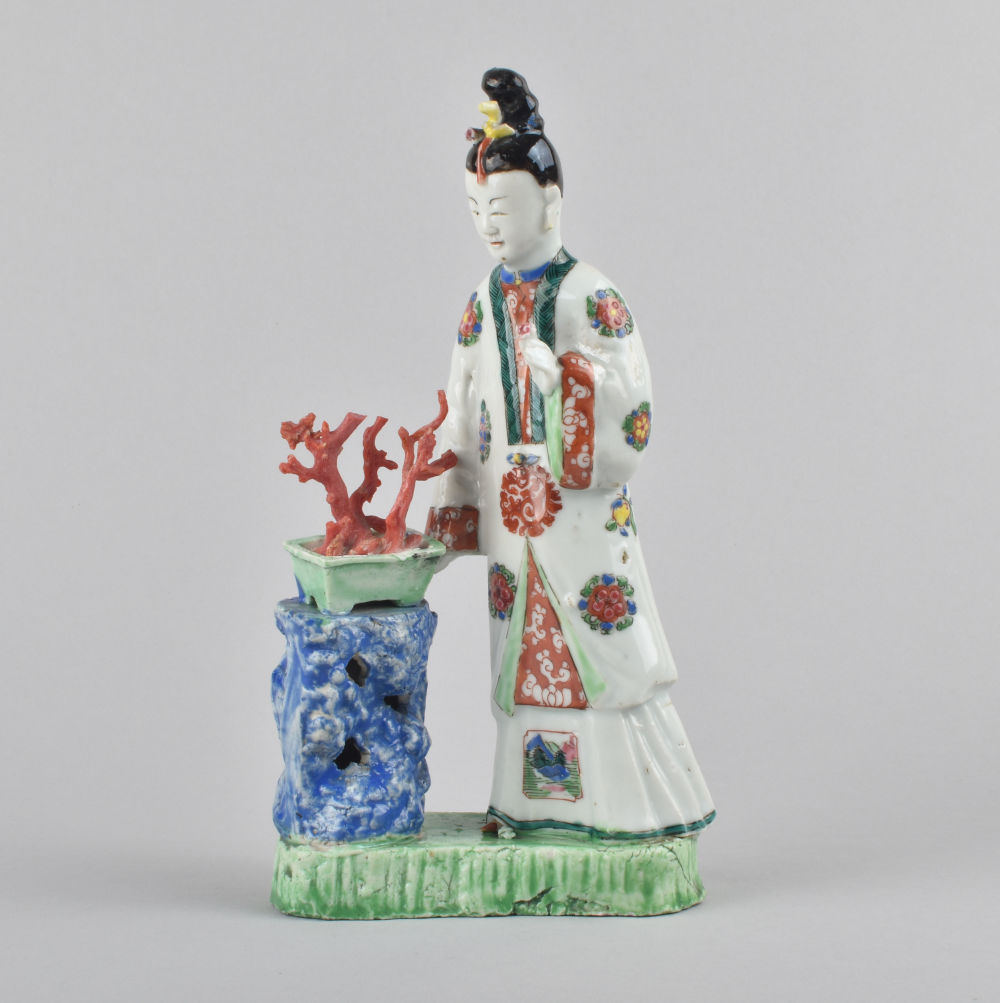 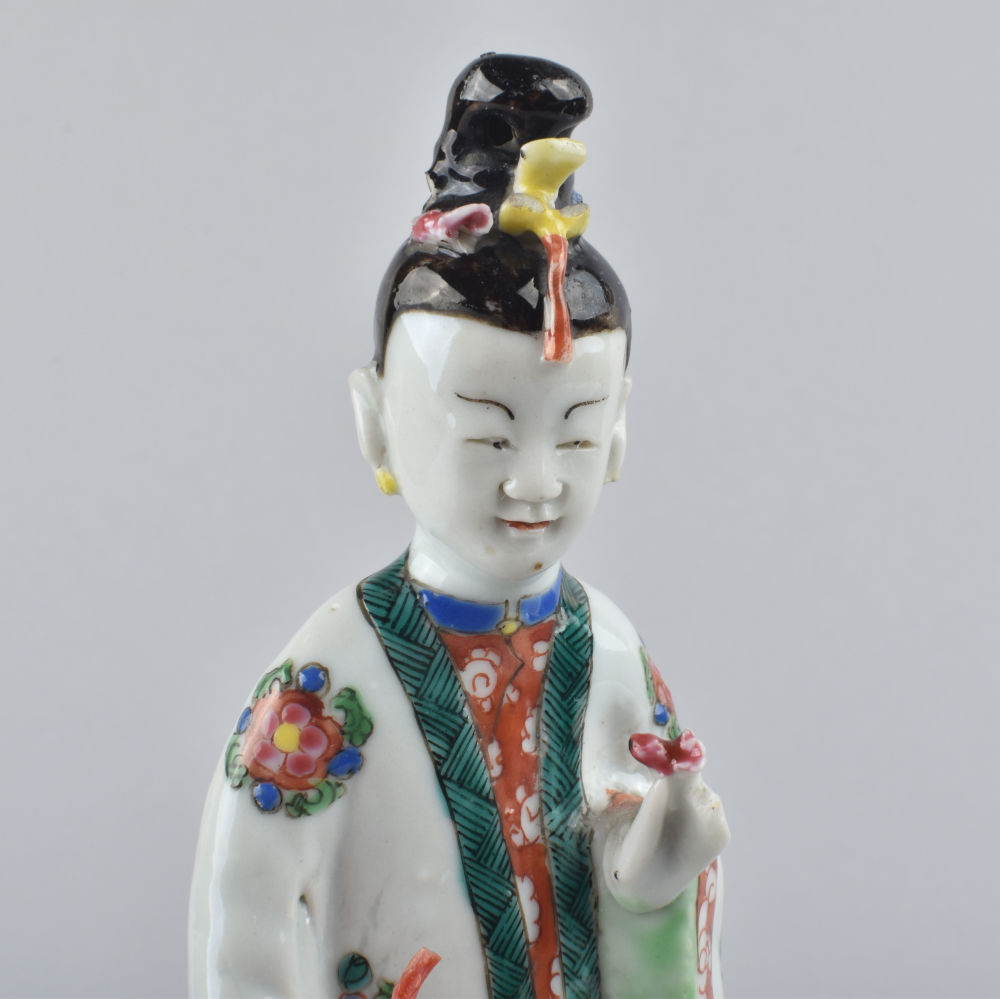 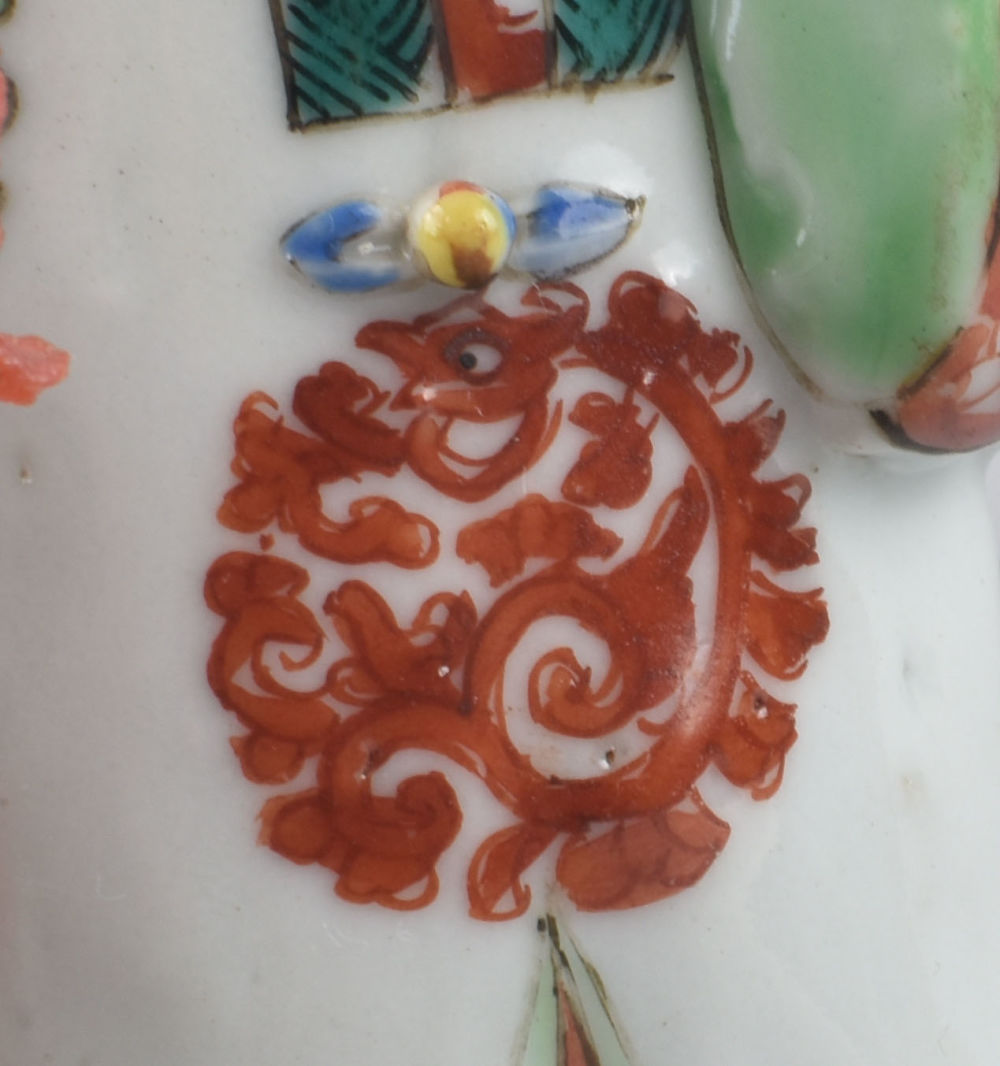 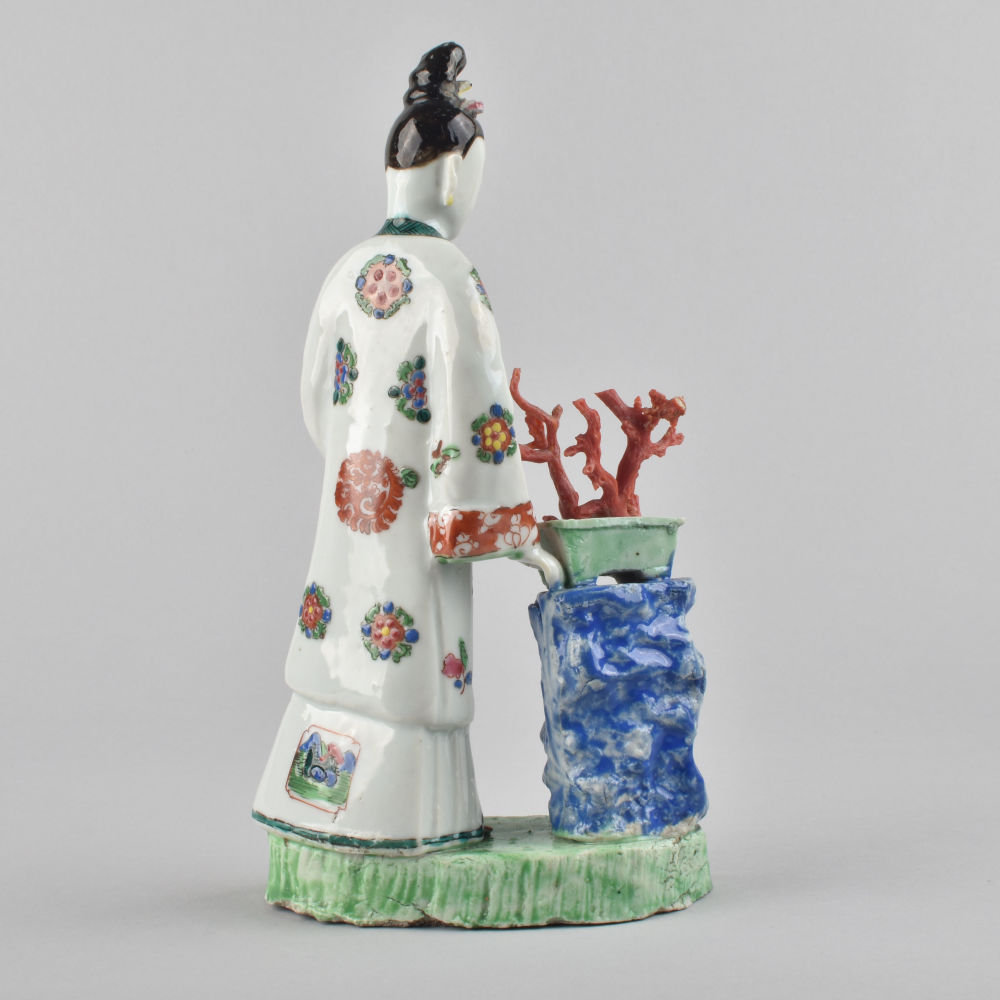 A Chinese group of a lady standing beside jardinière of coral. Qianlong

Decorated in the famille rose palette, this group depicts a lady standing beside a clump of rocks supporting a jardinière of coral. Her dress is embellished with large floral motifs and archaic dragons in iron-red. The skirt is decorated with an iron-red panel depicting a translucent green landscape motif. Her hair pulled back in a small bun. The base has a slightly raised central section forming a foot rim.

A very similar group, with a dog in lieu of the coral, is published by William Sargent in The Copeland Collection, Chinese and Japanese Ceramic Figures, 1991, p. 132, no. 60

Variations on this theme are known, some of this same size and others smaller, including in Dehua ware.

In these groups, a dog, a potted plant and a fungus substitute the coral as seen in our model. According to William Sargent, similar pieces to this example have been found on the wreck of the Geldermalsen, suggesting a mid-eighteenth-century dating.

In China, due to its color, the red coral is the symbol of wealth and very high social status. It also epitomizes the balance between life and death, for its healing properties, and its cycles of regeneration. Chinese craftsmen carved it extensively coral, chiseling mythical or sacred characters.