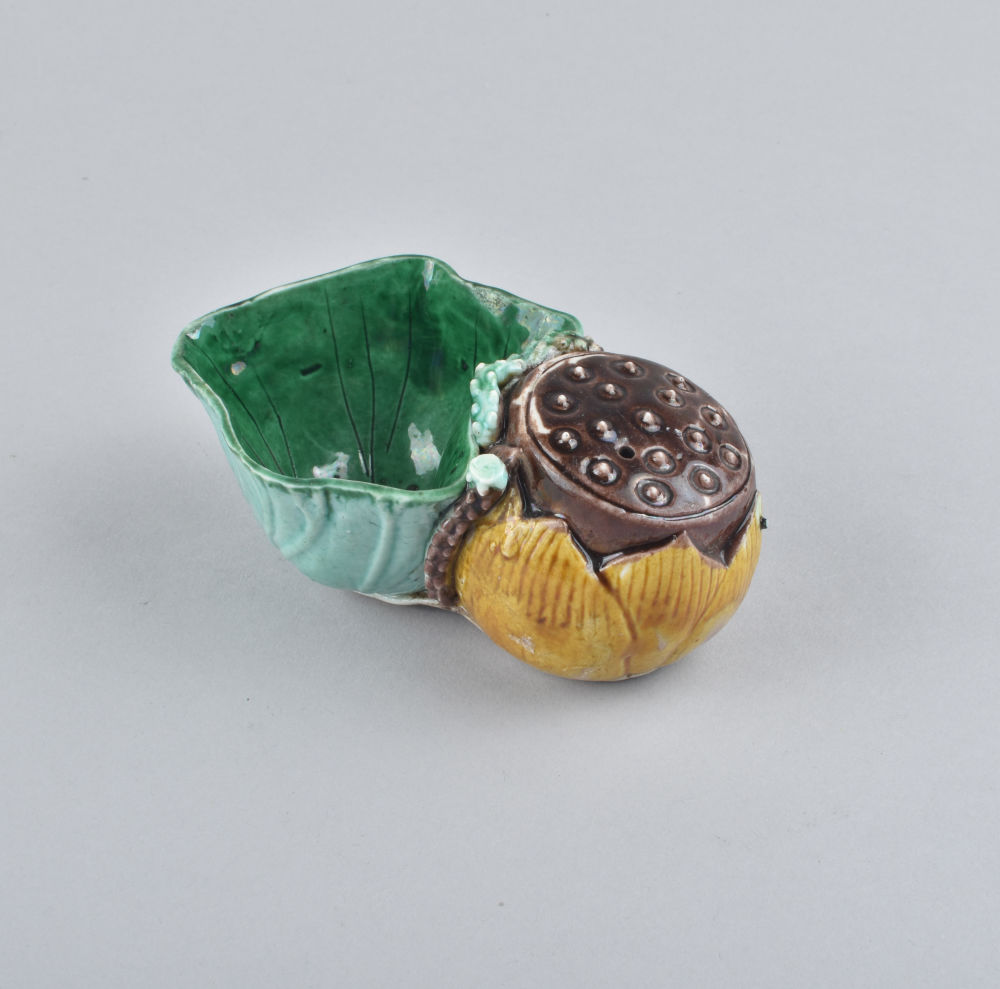 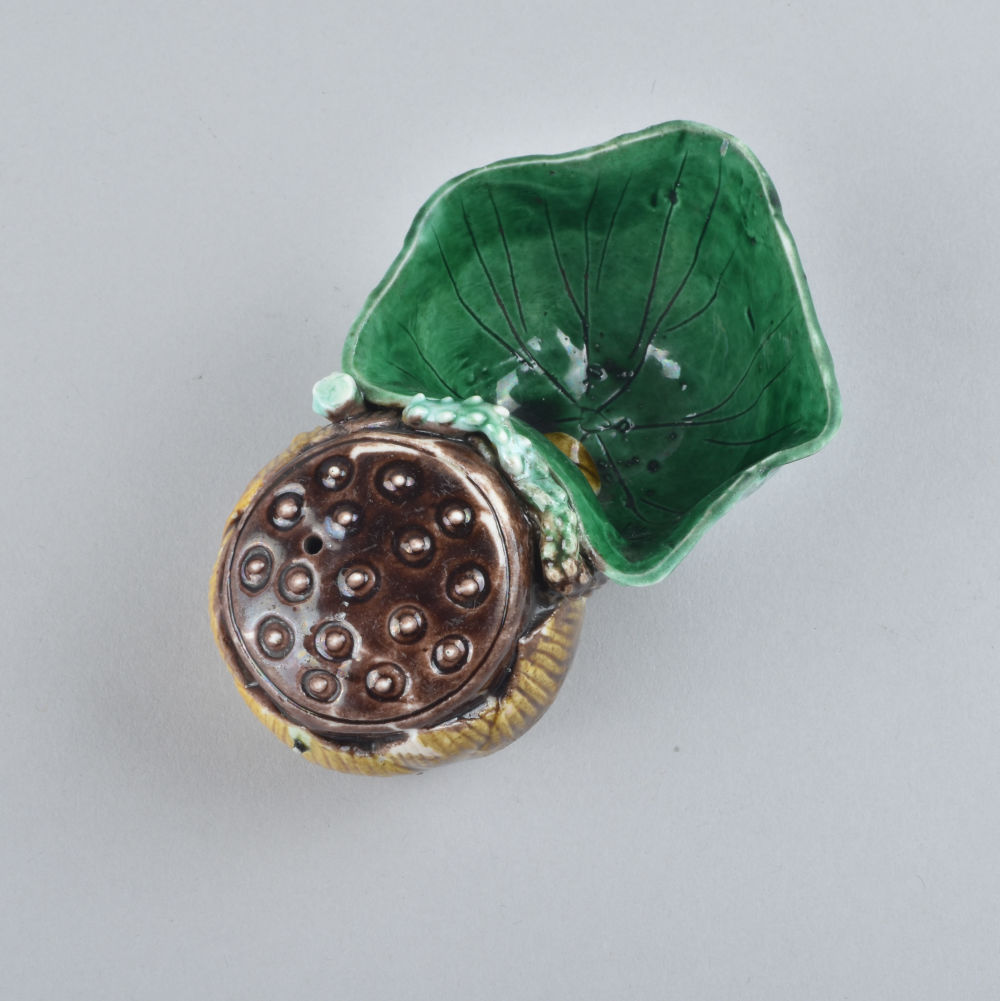 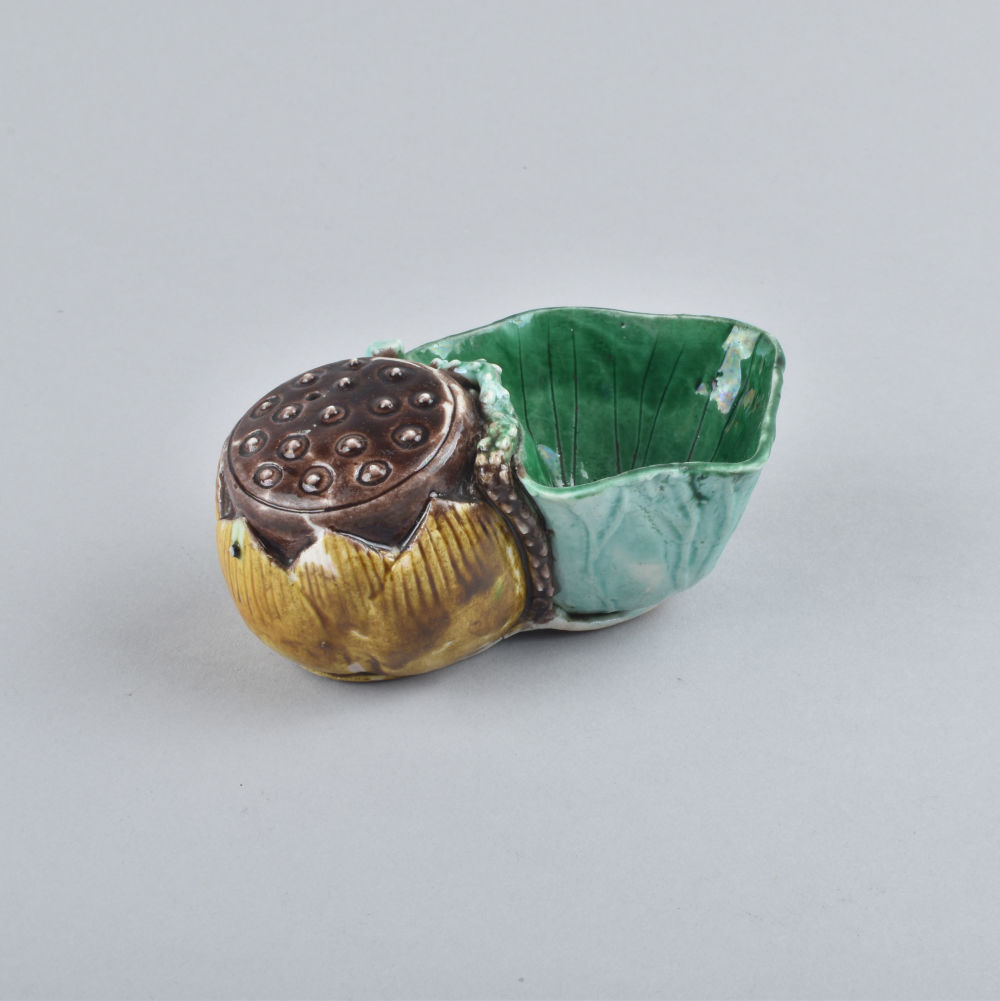 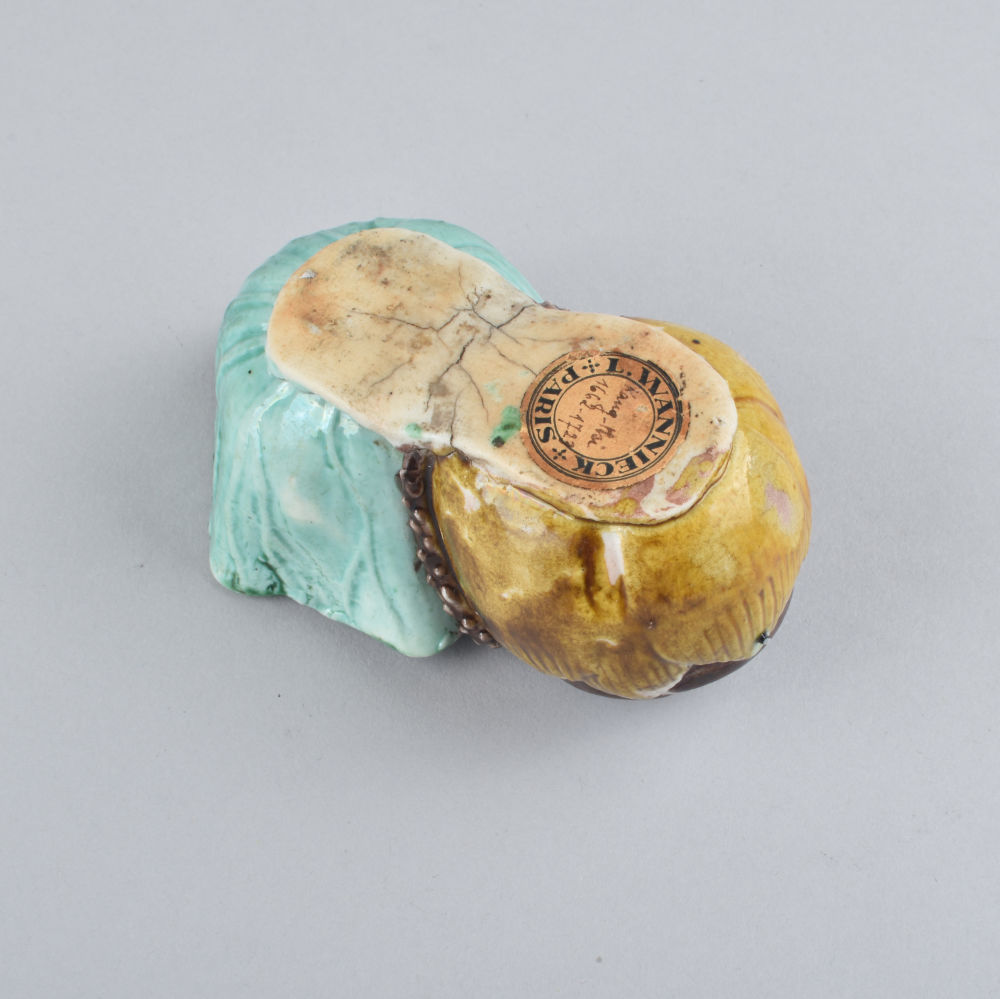 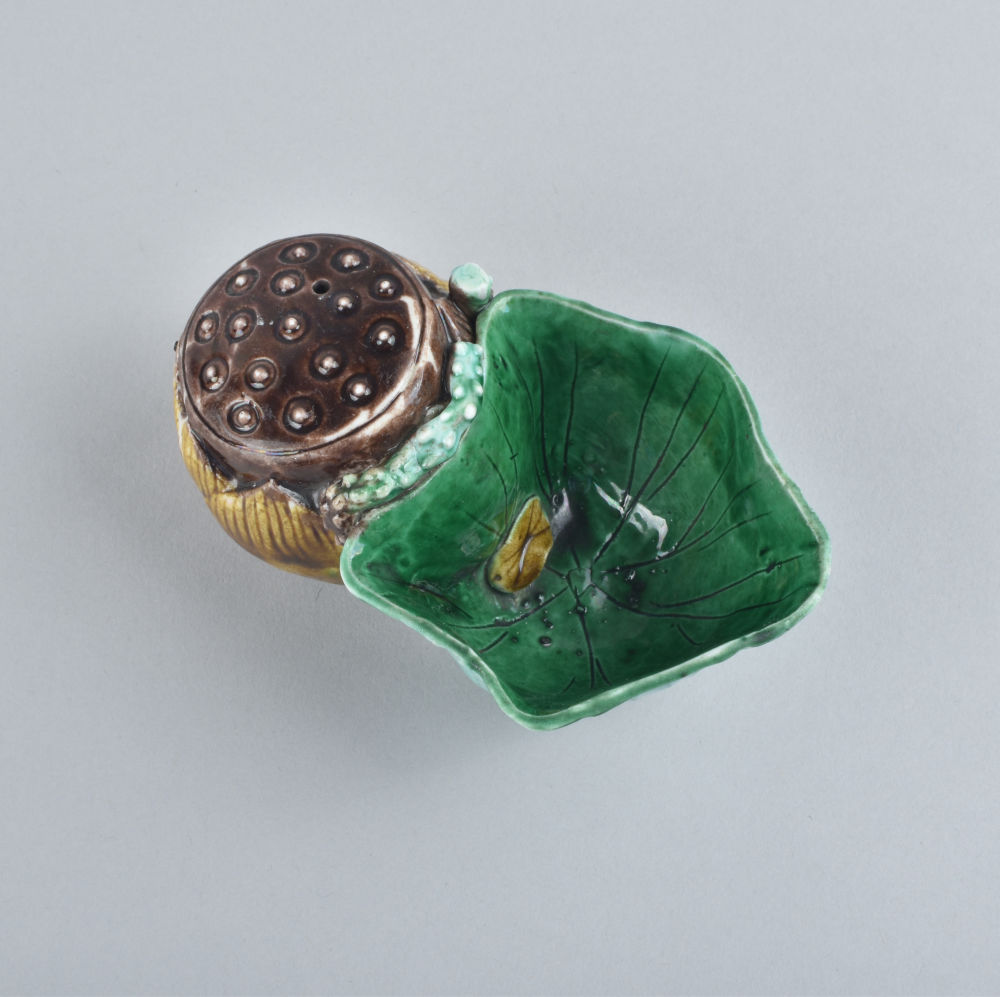 Naturalistically modeled in the form of a lotus leaf and seedpod, with a bowl formed by the upturned leaf. It is painted with famille verte enamels on the biscuit, the exterior is painted with a light green and yellow enamels, while the interior of the bowl and the top of the seedpod are painted in dark green and aubergine-brown. A long stem curls around the base and up the side of the bowl.Applied inside the bottom of the bowl is a miniature leaf in yellow enamel, which conceals a small opening. Another small circular opening can be seen on the top of the seedpod.

Water droppers were required for the scholar’s desk, in conjunction with several others items needed for writing. These included the essential ink, brush, inkstand and paper (known as the scholar’s “Four Treasures”), as well as a host of other objects such as brush pots and brush rests.

Water droppers were used to pour tiny droplets of water onto an inkstand in order to grind ink. It is possible that the bowls of these pieces were additionally used for washing brushes. Thought primarily intended for the scholar’s desk, it has been suggested than this type os small scholarly item became a fashionable collectable in the West, bought thought private trade.

Lotus was a particularly popular theme for small scholarly items and especially for brush washers and water droppers. it is often used as a metaphor for the poor scholar, who might be able to achieve success by working hard and passing the imperial examinations.