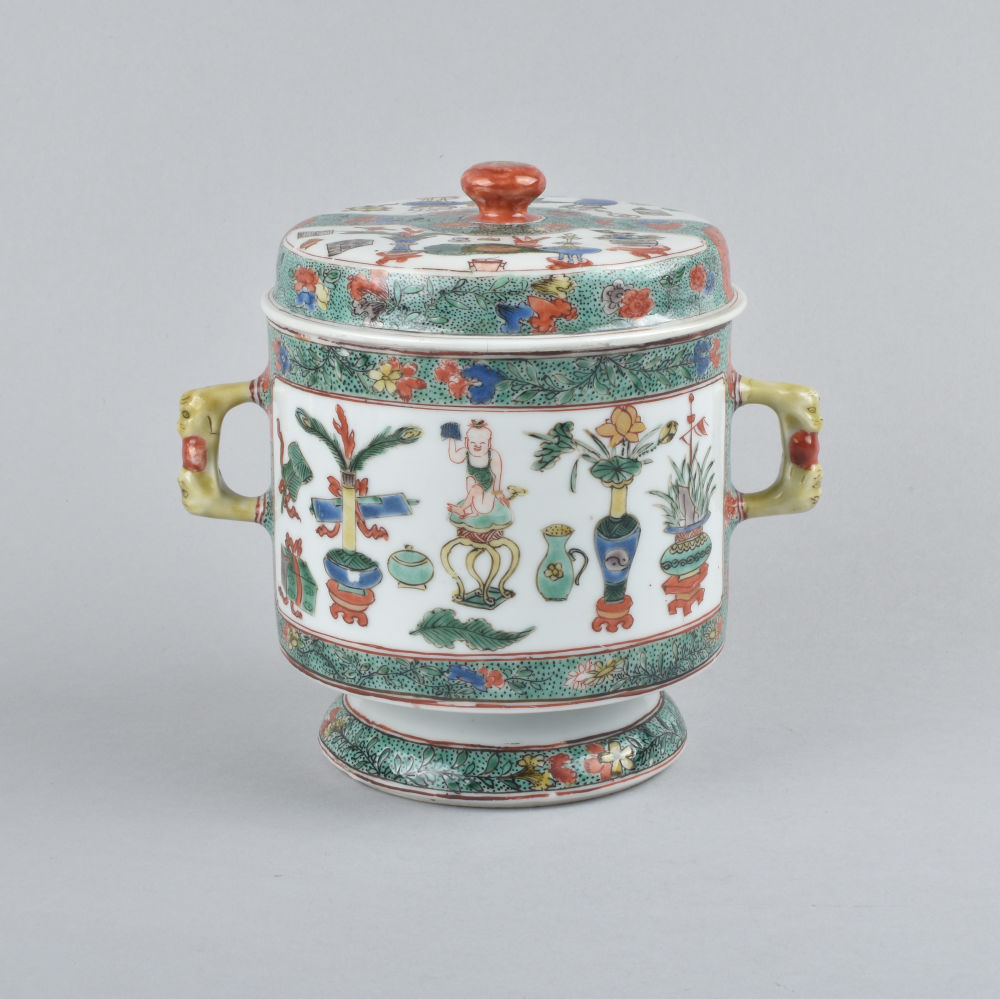 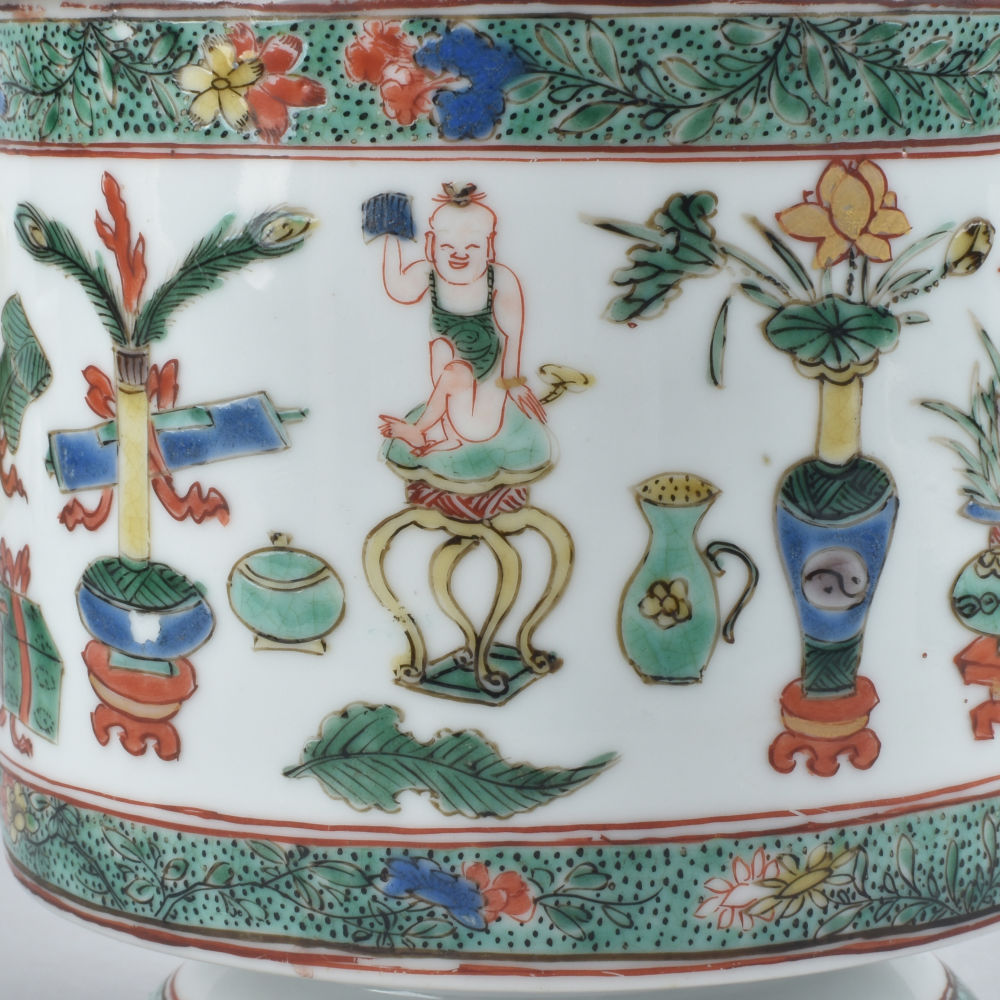 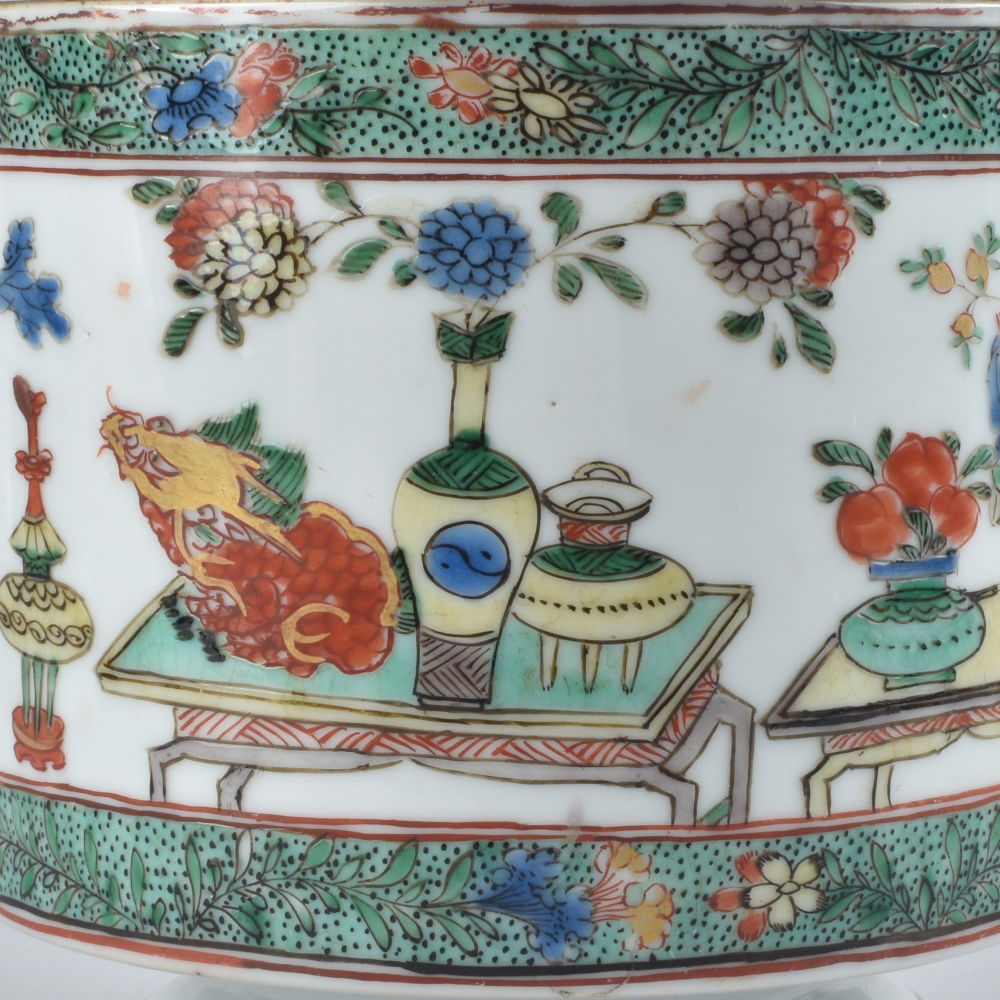 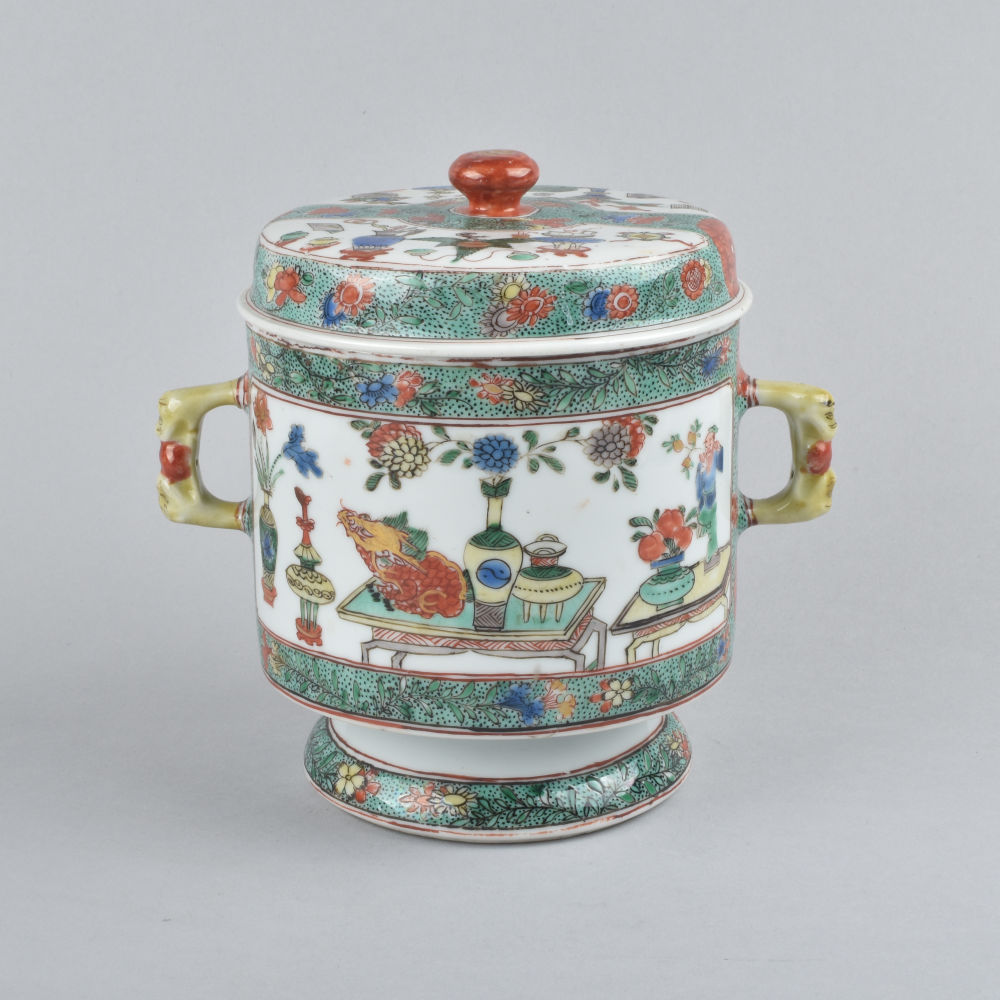 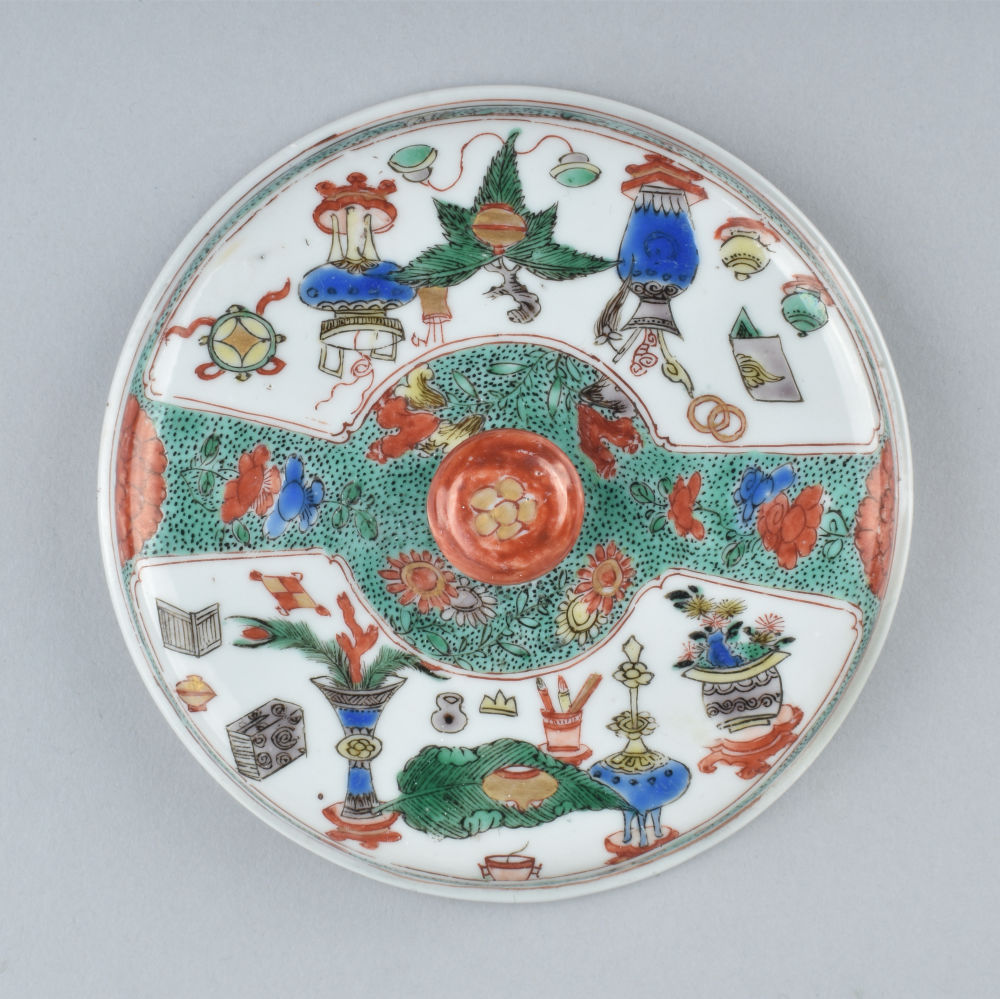 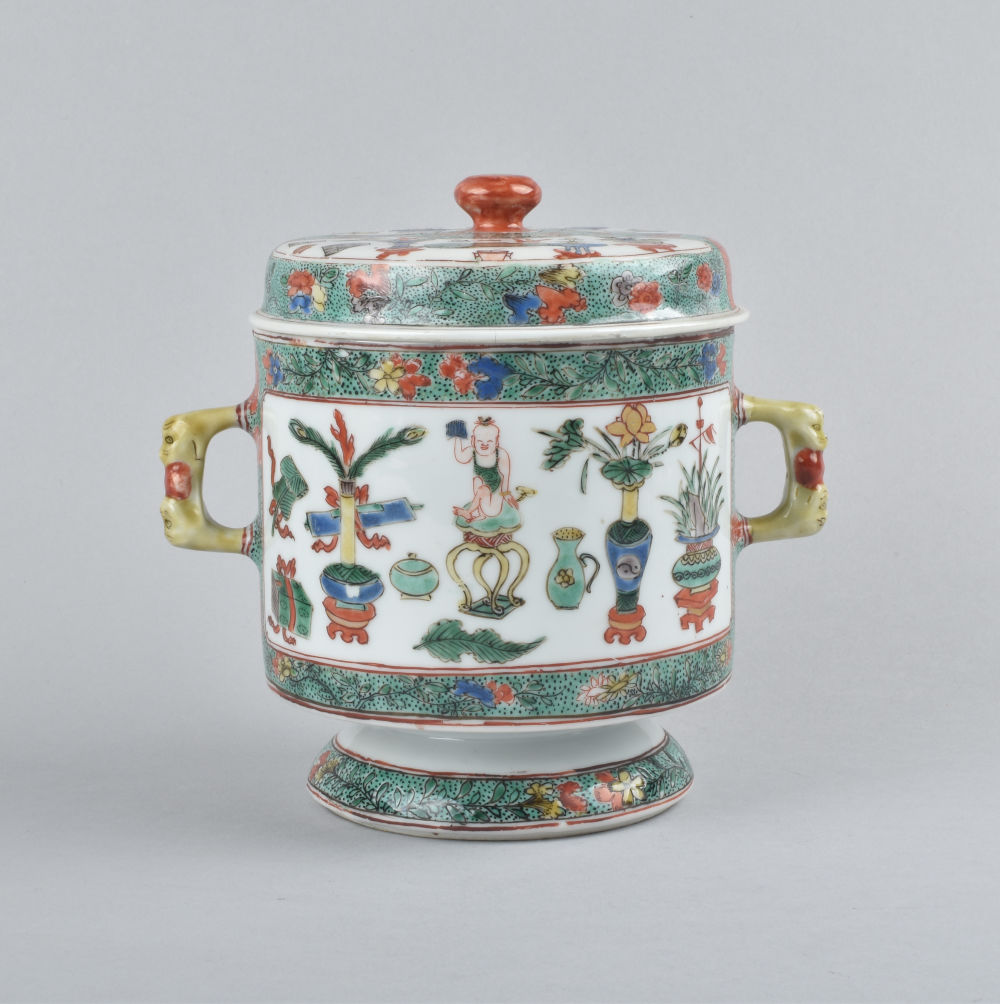 Covered pot and cover on a hight splayed foot with domed, unglazed base and glazed centre ; with a cylindrical body with two square handles moulded as two opposed monster heads. Decorated in the famille verte palette on both sides with tables and stands bearing flowers vases and antiquities, including a figure of a dragon and one of a bearded man on one side, and a half naked boy on the other. Around the foot, the lower and upper part of the body and the sides of the cover a band with flowers on a speckled ground. On the cover similar antiquities.

A further famille verte covered pot with a different decoration is in the Jug Tang Collection.

A further covered pot decorated in underglaze blue is in the Victoria and Albert Museum (London).

Covered pots like this example have traditionally been called ‘sugar pots’ by collectors. Others think, however, that they held stick of cinnamon, which are about the same length as the height of the pot. The array of objects, a decoration usually called the ‘Hundred antiquities’, is interesting as it shows what was thought suitable for a scholar’s collection at that time.