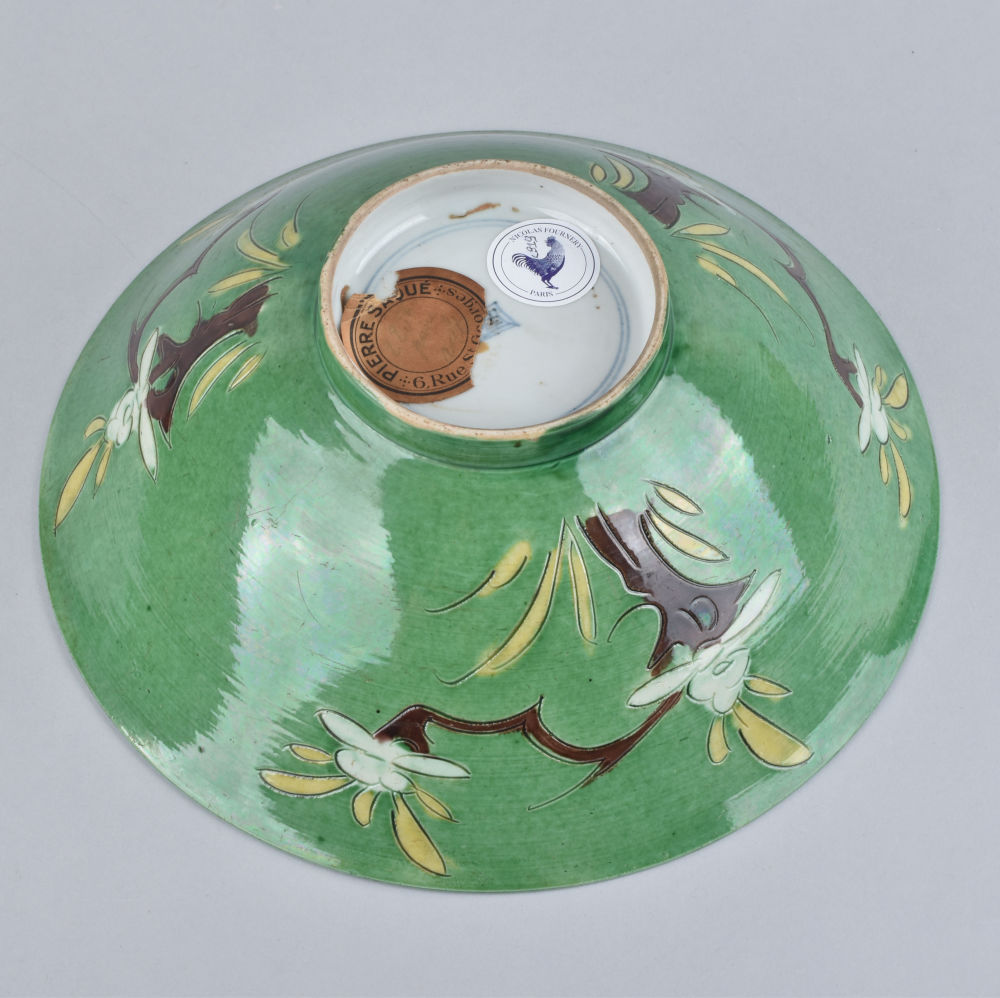 The flaring Brinjal-type bowl incised to the exterior with three floral branches and glazed in yellow and aubergine on a green ground, the interior with a similarly decorated lingzhi, the base glazed white and with an underglaze-blue seal mark

Discovery of shards in the Tianqi strata at Jingdezhen have confirmed that the production of this type of ware starts in the late Ming Dynasty. Also see He Li, Chinese Ceramics, Thames & Hudson 2011, p. 236 fig. 469 for a similarly decorated yellow-ground Tianqi mark and period bowl.