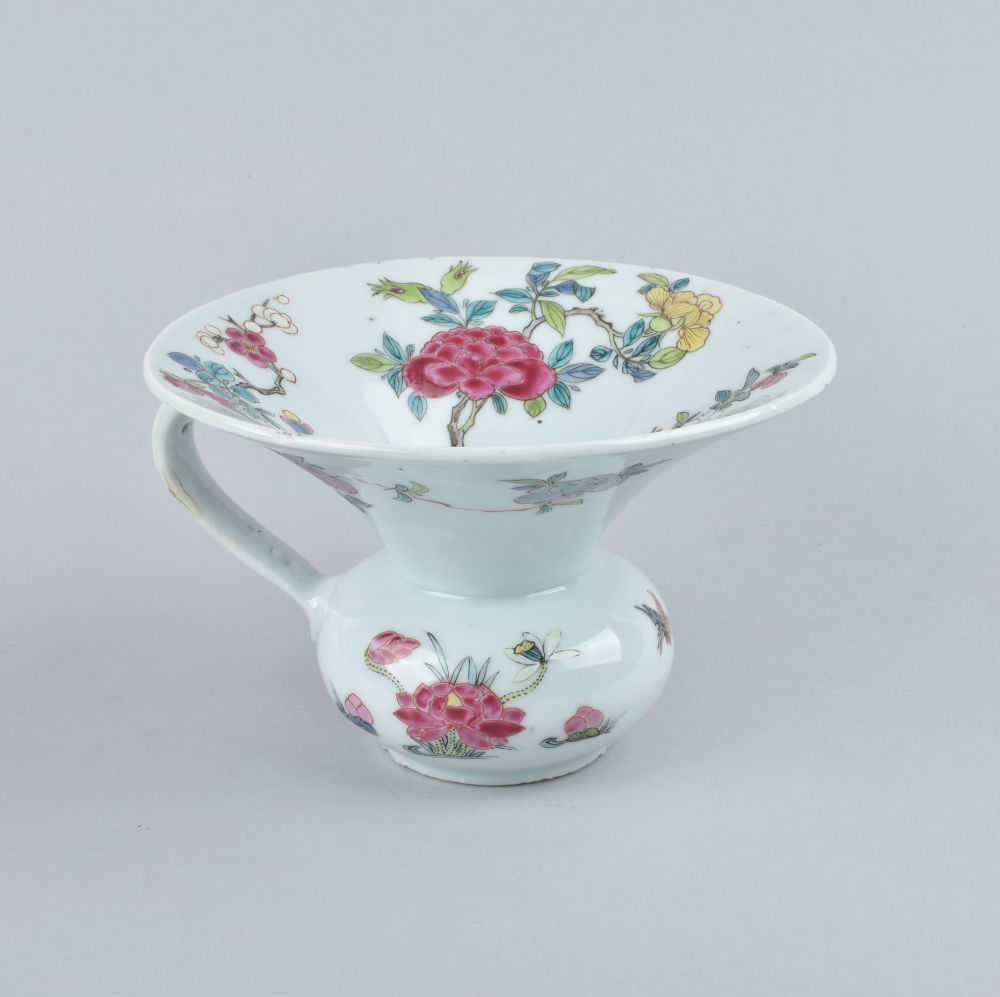 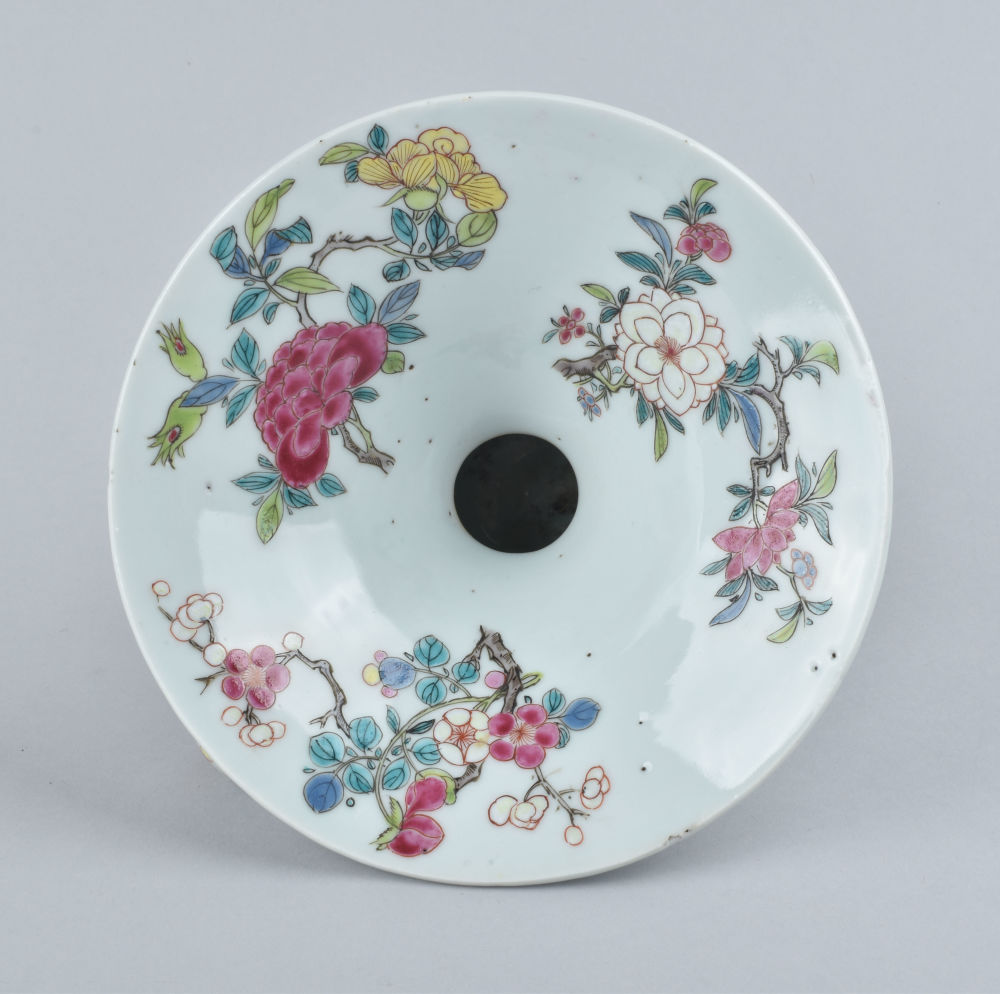 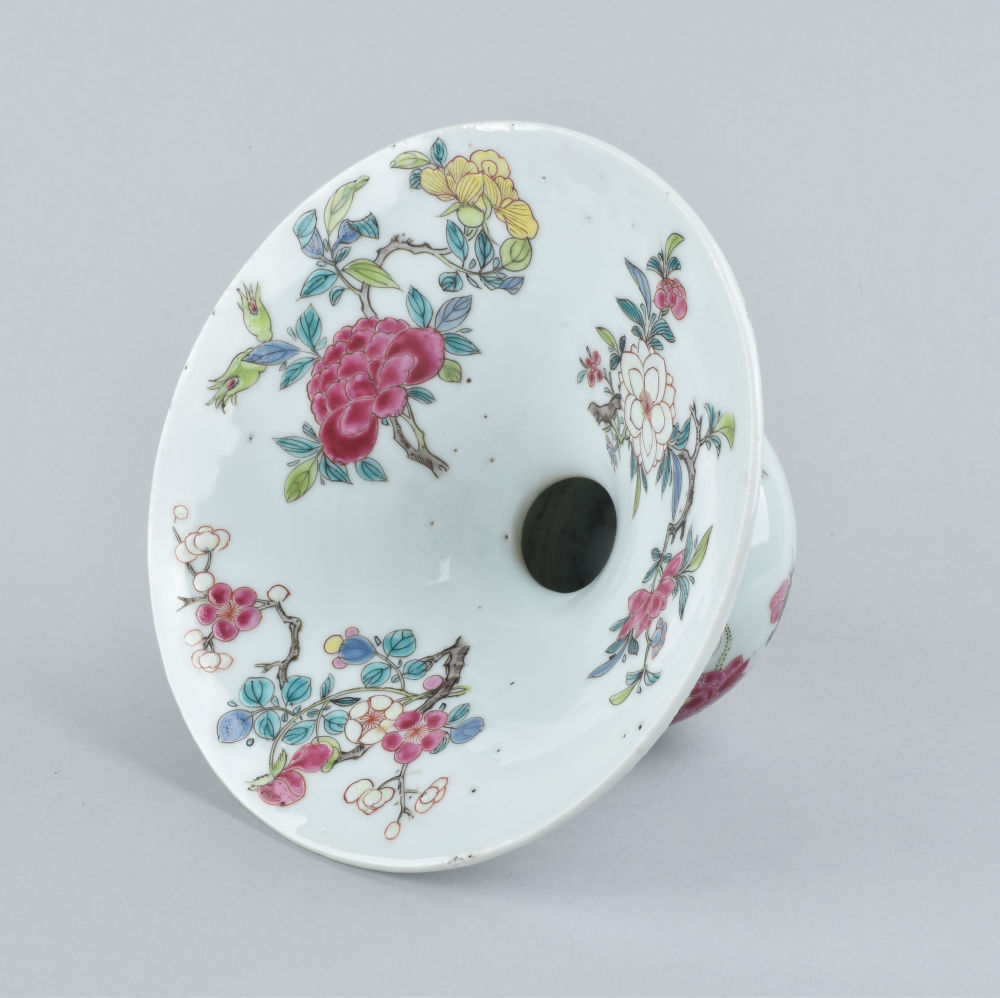 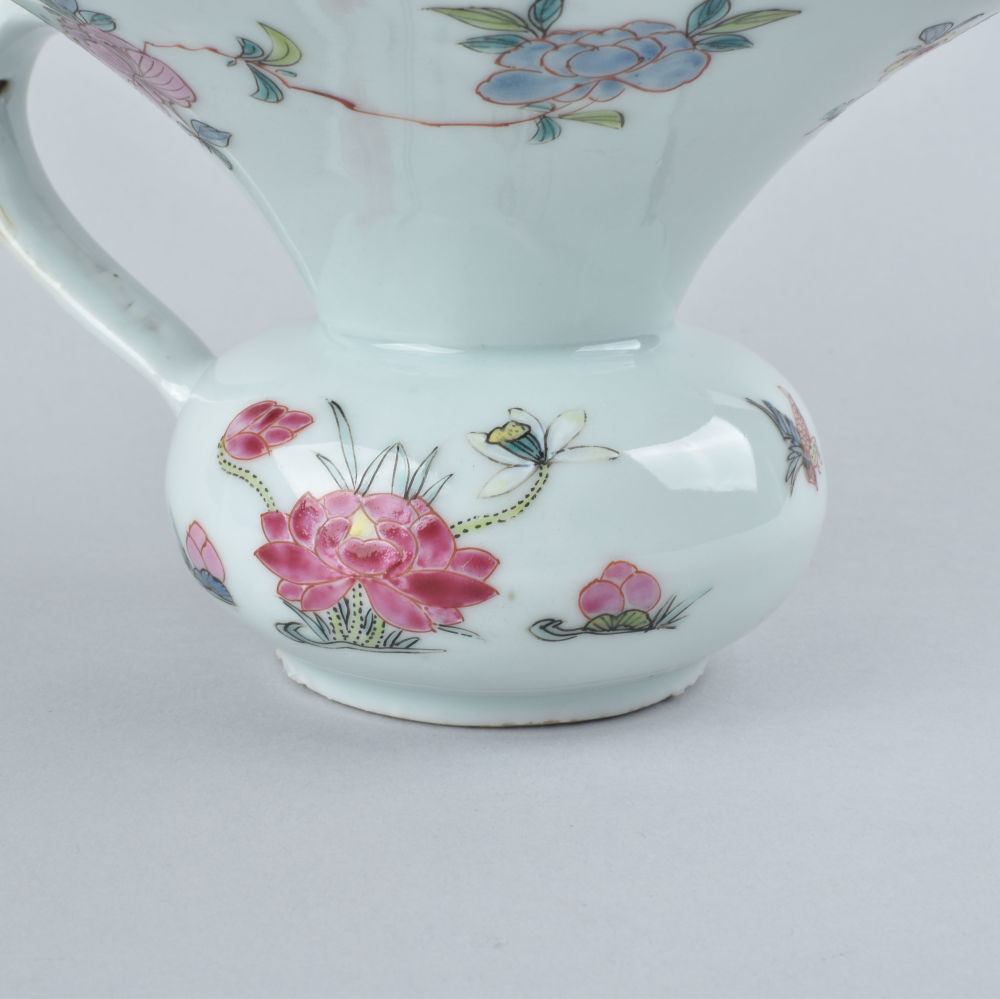 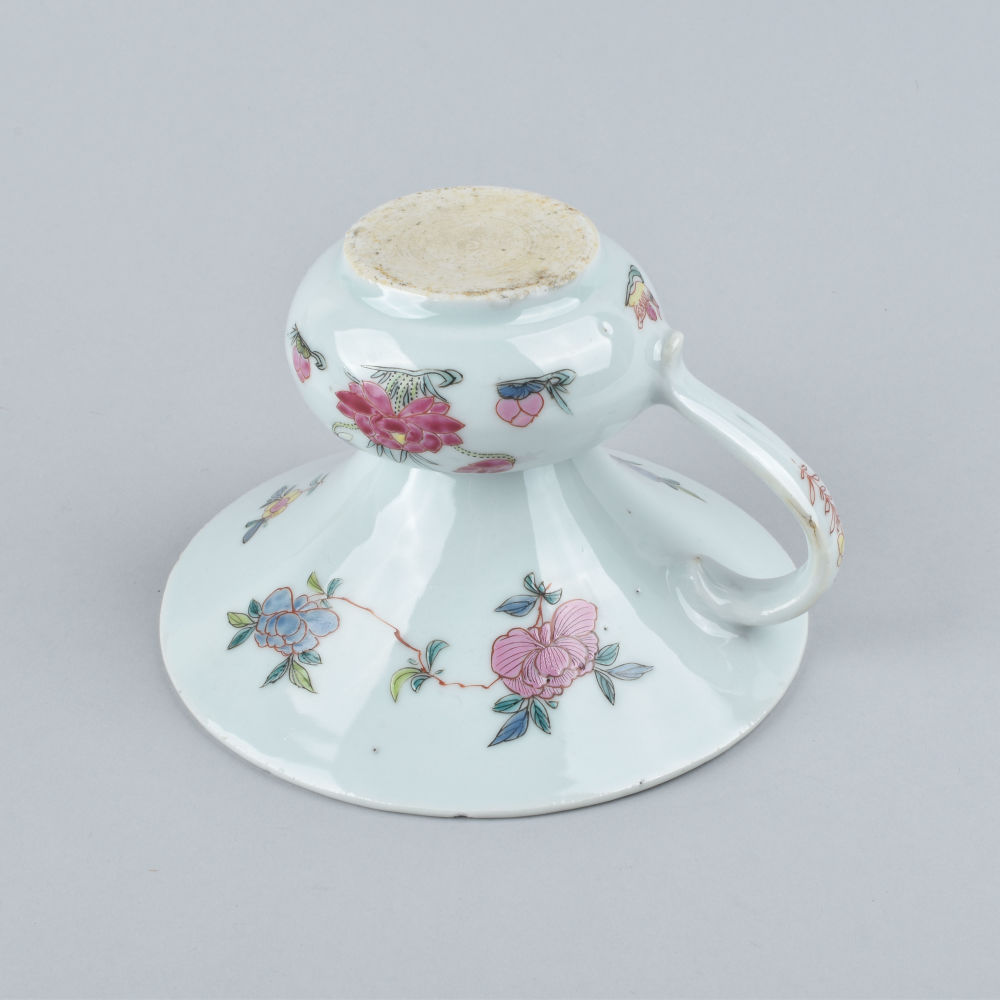 Of globular form, with a highly everted trumpet-shaped mouth and a curved strap handle, attached to a relatively small body set on a low foot. It is decorated in overglaze enamels of the famille rose palette with branches of flowers and a duck.

For a study of three models of spittoons, see Luisa Vinhais and Jorge Welsh, Out of Ordinary – Living with Chinese Export Porcelain, 2014, pp. 282-289.

In the late 17th century, the Dutch introduced spittoons into Europe throughout their outpost at Batavia. This ancient shape had a long been used as a receptacle for spit in Asia and is also known by the name of “cuspidor”, the Portuguese word for a person who spits. The spittoon soon became an essential household object.

Spittoons were a regular part of the export porcelain trade throughout the 18th century, both via the East India Companies and privately. The Dutch East India Company (VOC) quite regularly ordered spittoons from around 1737 onwards.

In Europe, spittoons were particularly associated with the practice of chewing tobacco.