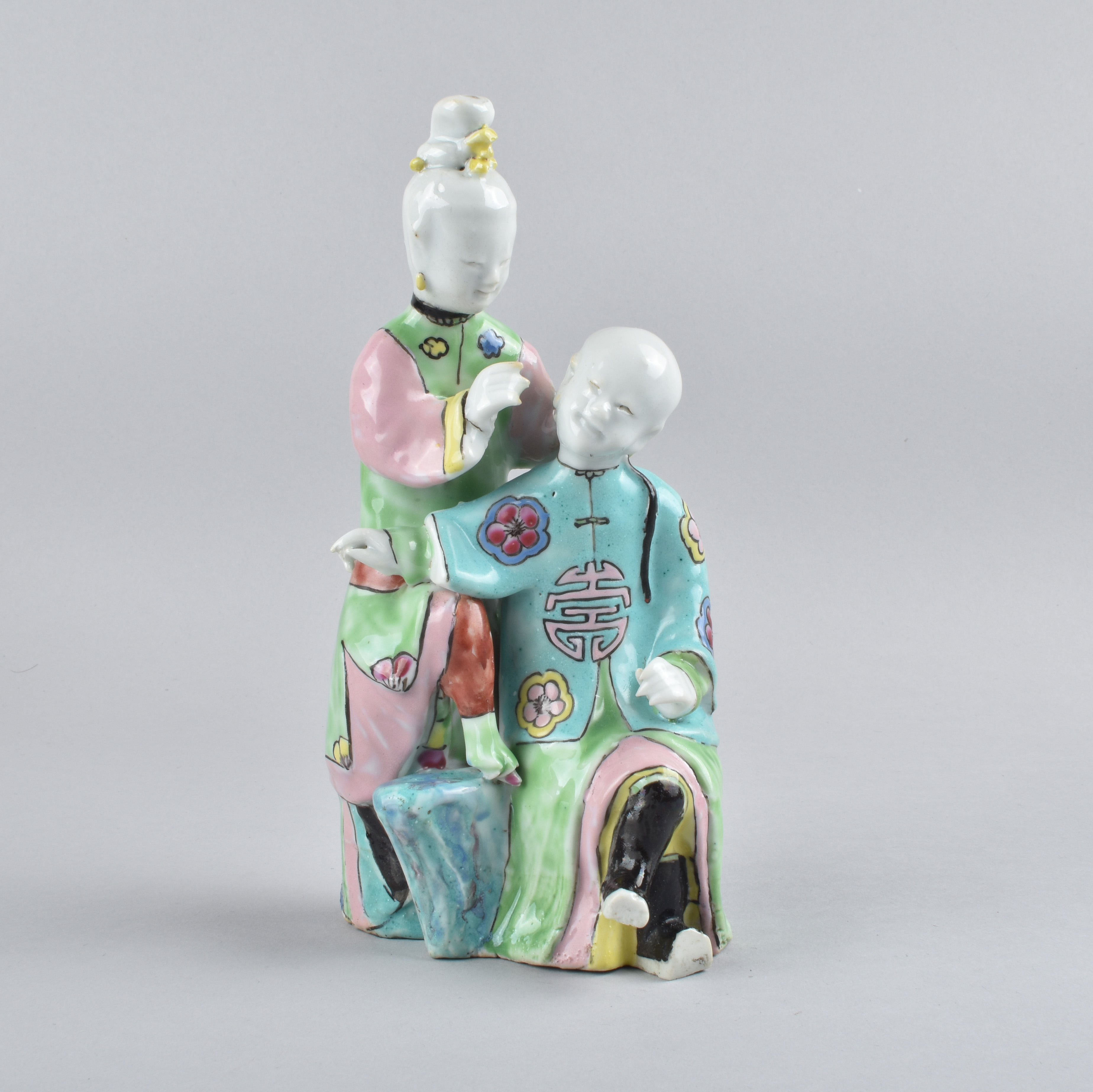 Decorated in the famille rose palette, the man seated and wearing a pale blue robe with a pink shou character medallion and a green skirt, the woman in a green coat with pink sleeves and underskirt, with one knee raised revealing a bound foot as she leans over to examine the man’s ear.

The practice had begun in the Tang dynasty : A girl’s feet were tightly wrapped in bandages so that they could not grow more than about fives inches; as a result, the bones were broken and deformed over time, and the feet were prone to infection and disease. The woman was unable to walk great distances and could not do manual labour, so it was only inflicted on girls in wealthy households or those earning power was expected to depend on charm rather than mobility and strength. Li Ruzhen (1763-1830) satirized this practice in the novel Jinghua yuan (Flowers in the Mirror) that features a musical kingdom ruled by woman in which the men had to bind their feet. After the fall of the Qing in 1911, foot binding was finally banned and is no longer practiced in China.