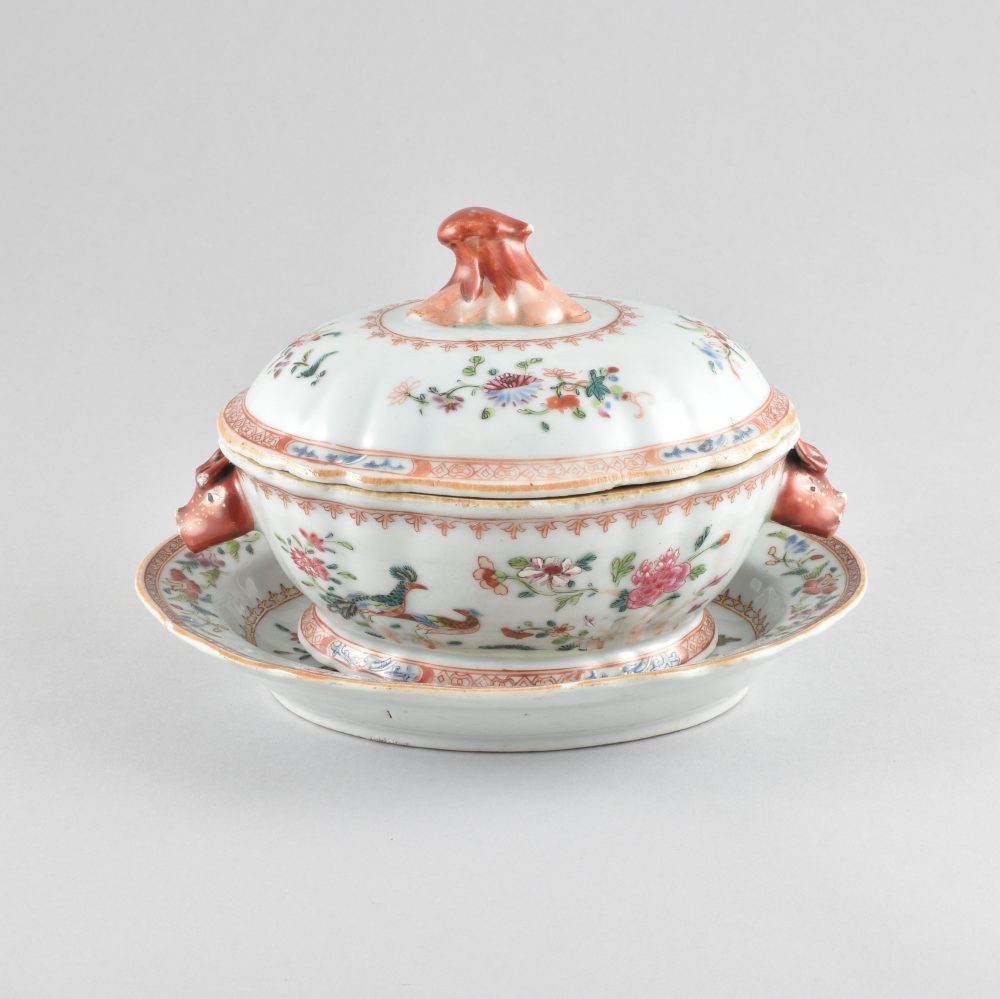 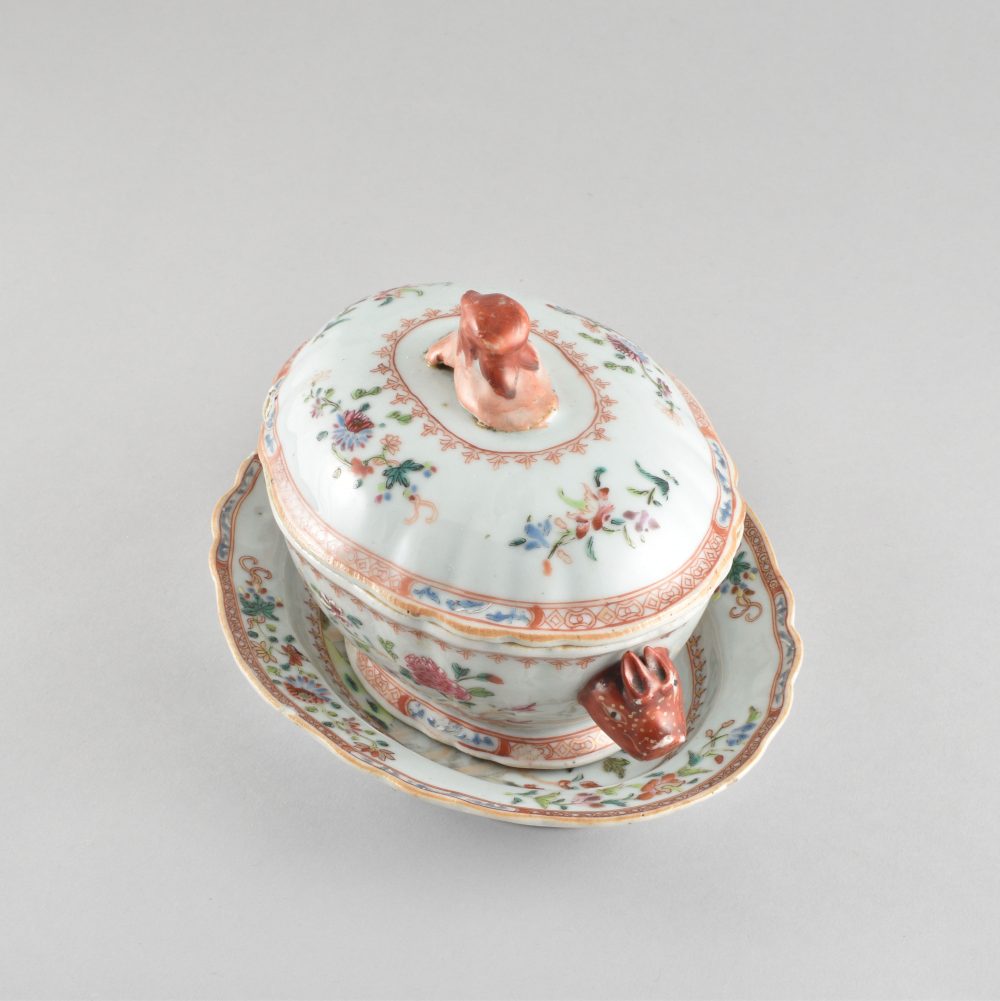 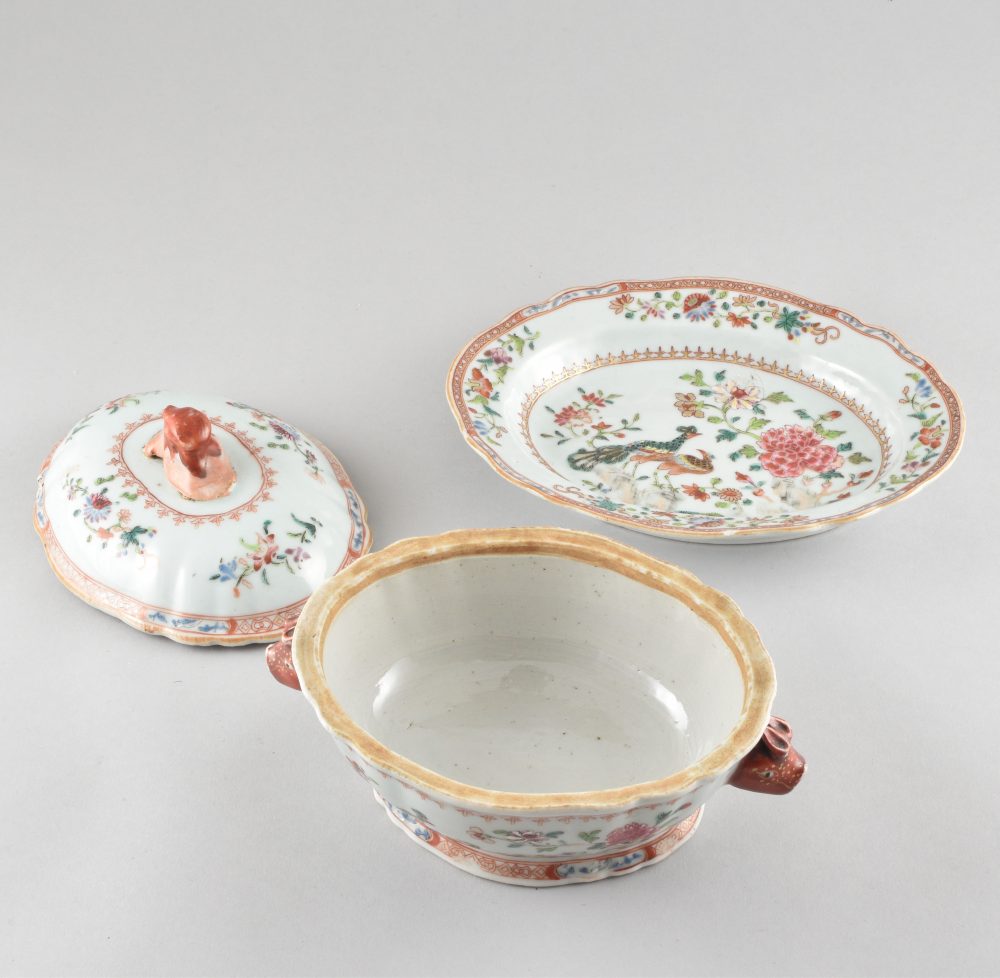 Oviform, decorated in the famille rose palette wth the well-known double peacock pattern, with asymmetrical scroll knops and rabbit-head handles, the stand decorated to match the body with peacock and peahen in a peony garden.