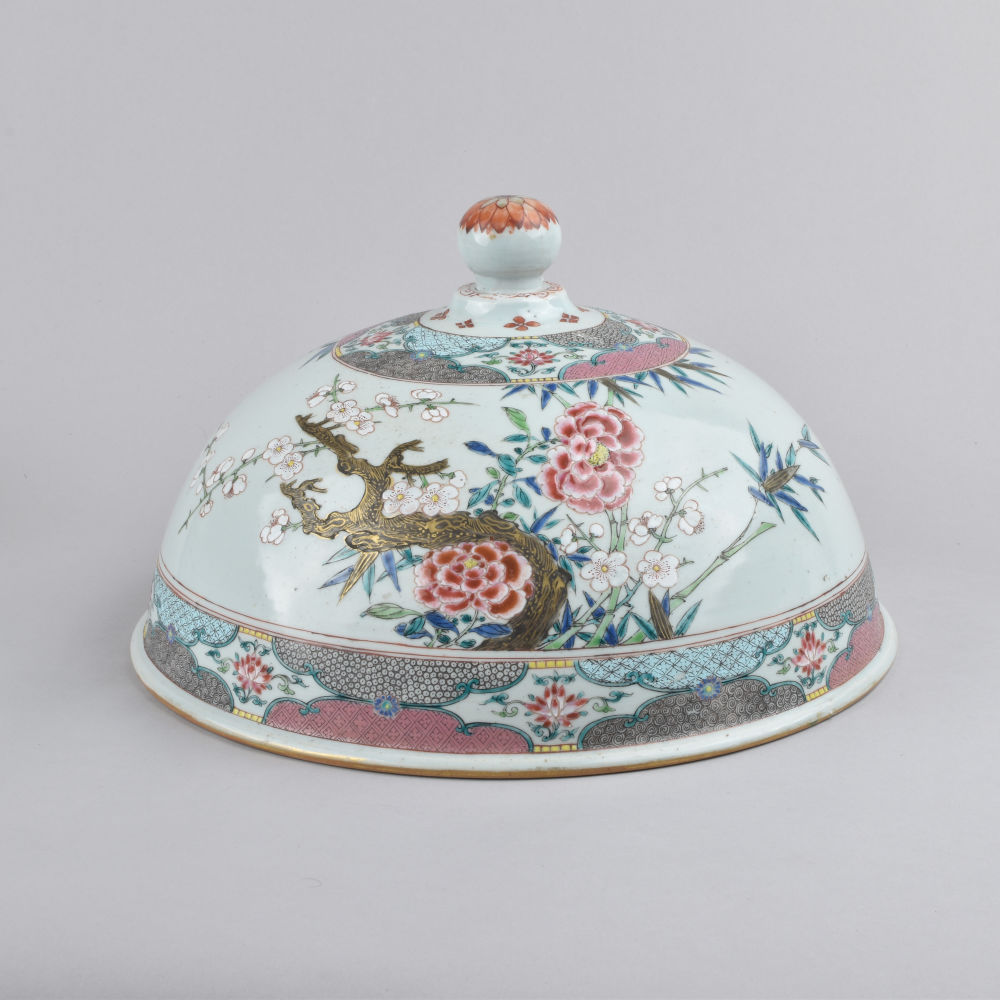 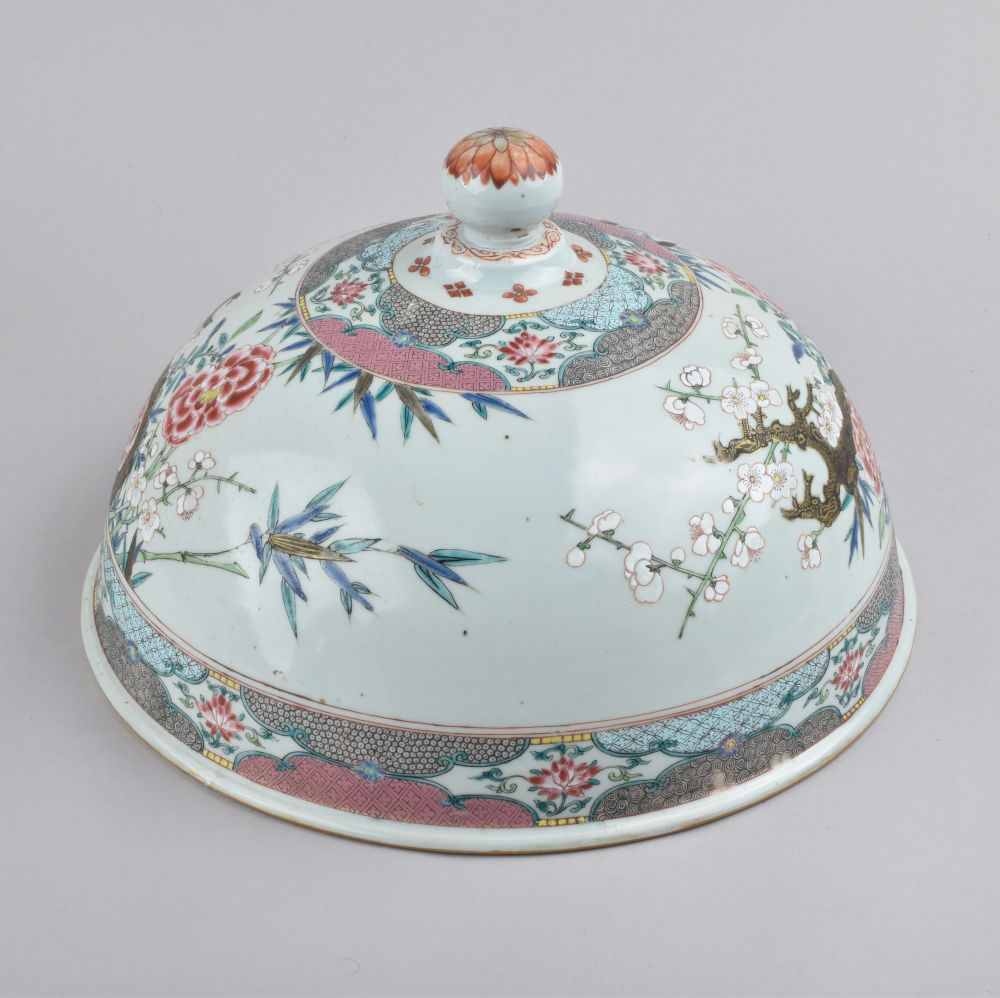 Bell-shaped domed cover with a small rim and mushroom-shaped finial on top. The decoration painted in famille rose enamels and gilding, with several different diapers and treillis patterned bands on the outside, the central design prunus and peonies.

Jorge Welsh published one domed cover (Maria Antónia Pinto de Matos, The RA Collection of Chinese Ceramics: A Collector’s Vision, 2011, vol. 2, no. 213), and also a set of ten domed covers with their dishes in Out of the Ordinary: Living with Chinese Export Porcelain, 2014, p. 86, no. 22.

In a private collection in Portugal, there is an apparently unique group of seven round dishes measuring between 28/39.3 cm diameter with their respective domed covers also varying in diameter.

Howard published two domed armorial covers, one decorated with the crest of the Talbot family, and the other of the Sayer, (The Choice of the Private trader, The Private Market in Chinese Export Porcelain Illustrated in the Hodroff Collection, 1994, p. 122/123, no. 123). One domed cover of this set was sold by our gallery in 2018. Seventeenth and eighteenth- century faience covers can be seen in the Cité de la Céramique (Sèvres).