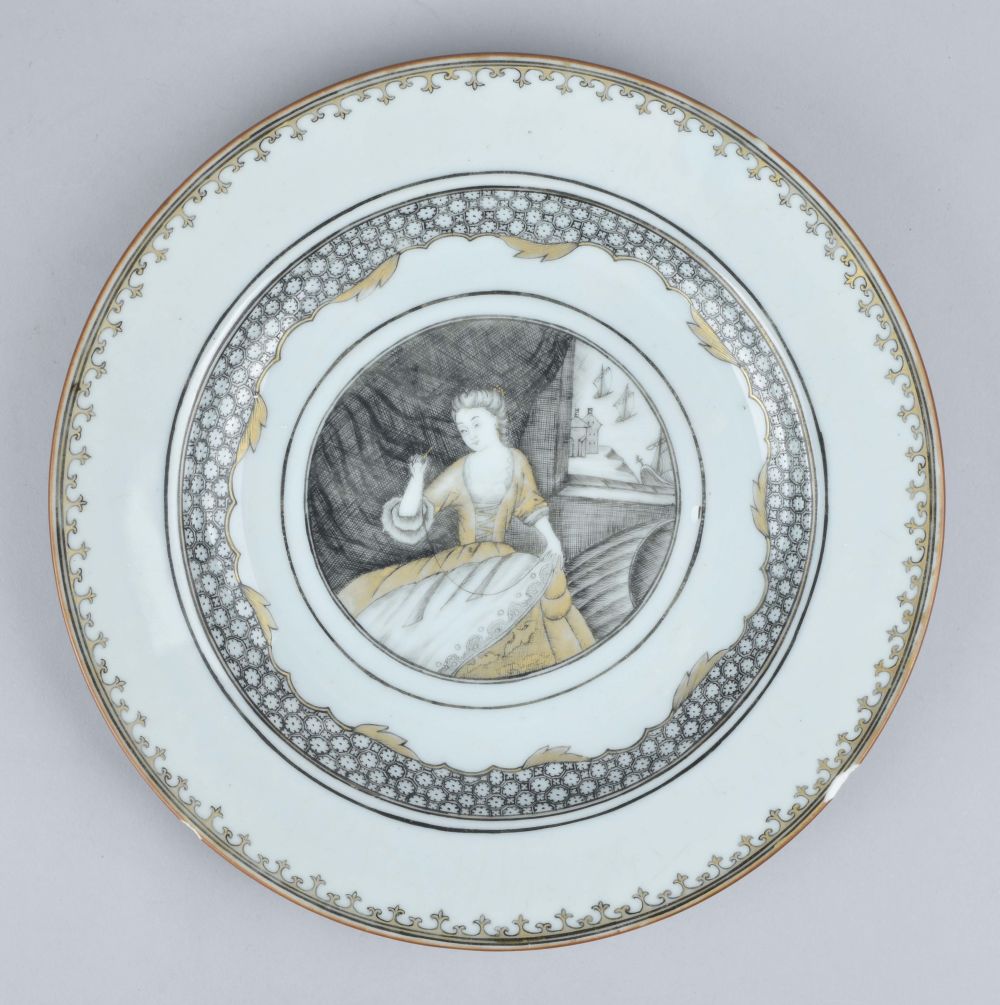 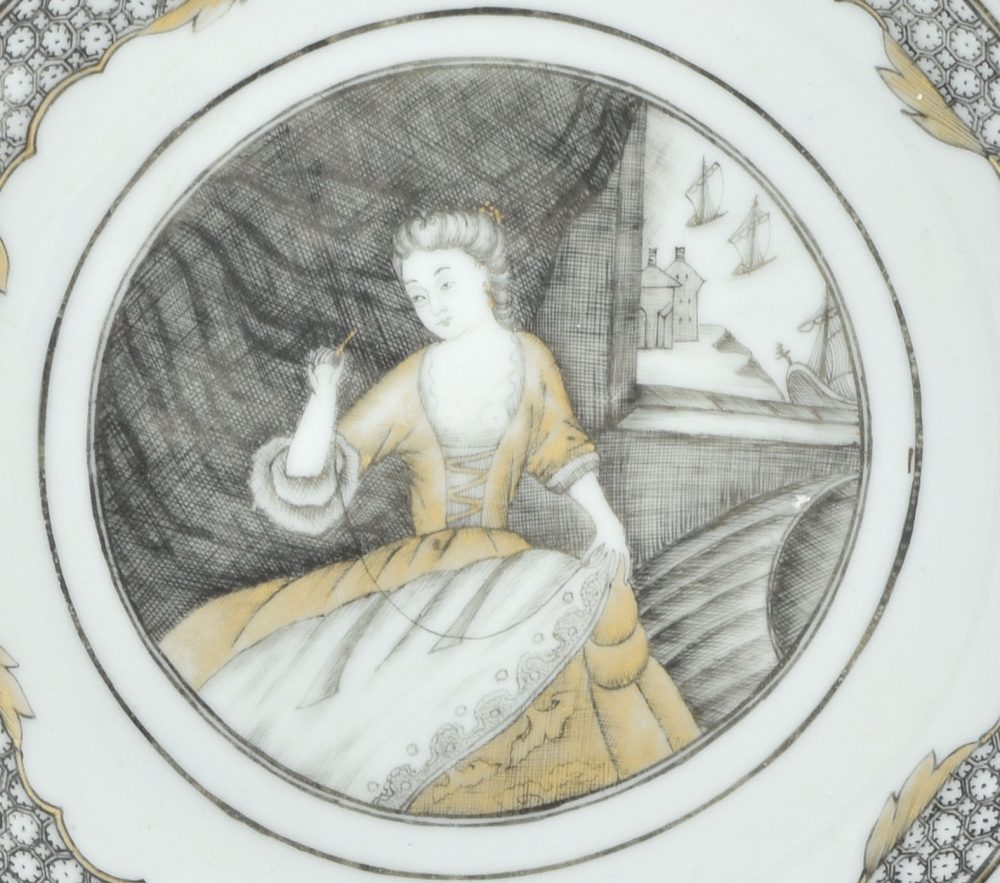 Decorated en grisaille, and gilt with ‘The Seamstress’ or ‘The Embroiderer’, seated with her back to a window with ships beside a tall building on a cliff, her robes heightened in gilt, encircled by a gilt spearhead border at the rim.

A similar plate is illustrated by John Goldsmith Phillips in China Trade Porcelain, An Account of Its Historical Background, Manufacture, and Decoration and a Study of the Helena Woolworth McCann Collection, pl. 9, p. 75, where the author also illustrates a tea set of this pattern, pl. 58, p. 140;

A plate is illustrated by William R. Sargent in Treasures of Chinese Export Ceramics, from the Peabody Essex Museum, Salem, Massachusetts, no. 181, p. 339, where the author notes the design is one of several variations on the theme.

A complete garniture similarly decorated with the lady facing the window, the building and ships transposed, was sold by Christie’s London in their auction of The J. Louis Binder Collection of Chinese Export Art, 17 th June 2003, lot 169, pp. 116/7.

This European subject is generally referred to as “The Embroiderer” or “The Seamstress” and is one of several variations on the theme, including the sail maker. The inner border framing the roundel with the Seamstress is in the Du Paquier style.