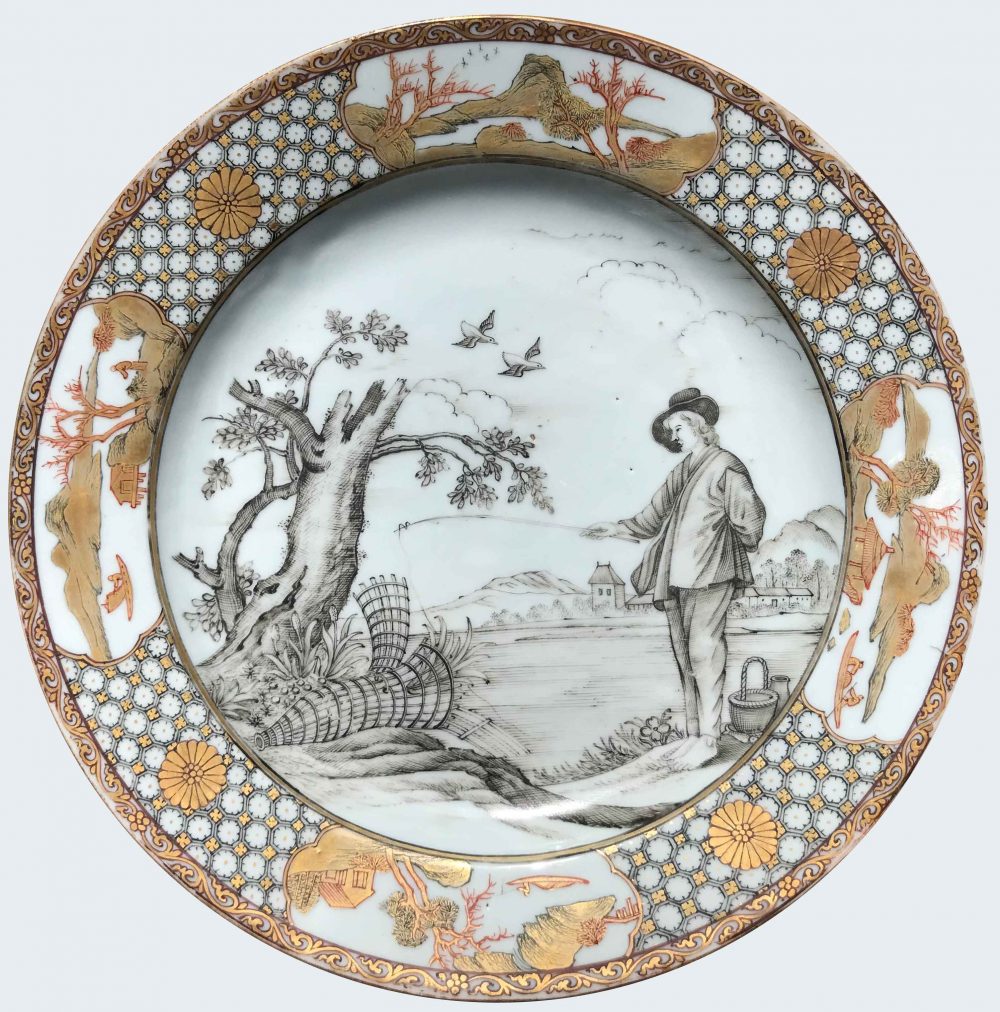 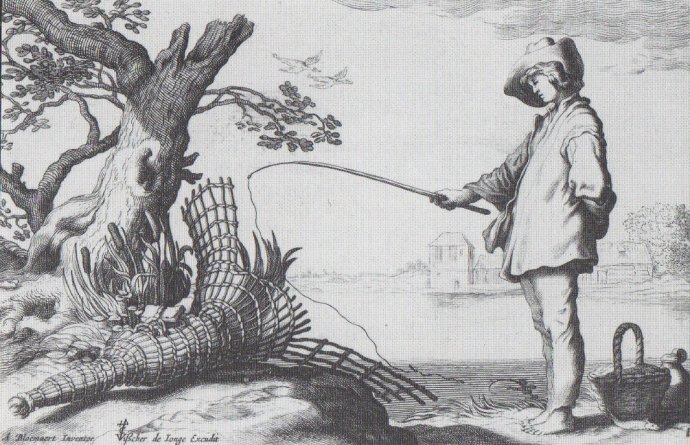 Decorated en grisaille at the centre with a fishing scene, a young man standing barefoot on a river-bank holding his rod, beside two large fishing baskets below a tree-trunk with birds in flight overhead, the border with four different landscape vignettes decorated primarily in gilt with details en grisaille and iron-red, interspersed with gilt florettes, all on a cell-pattern ground below a classic-scroll band at the rim.

A very similar plate to the present lot is in the Royal Museums of Art and History (Brussels), exhibited Hong Kong, 1989/90, Catalogue no.44.

On porcelain this scene is found in famille rose enamels, en camaïeu roseand as in the present lot en grisaille, with a variety of borders. For an enamelled version with the same border as on this plate, see D.S. Howard, The choice of the private trader, 1994, p.83, pl.67, where the author explains ‘After the initial, possibly V.O.C., order, variations would have been available to private merchants in Canton, probably with less expensive borders’.