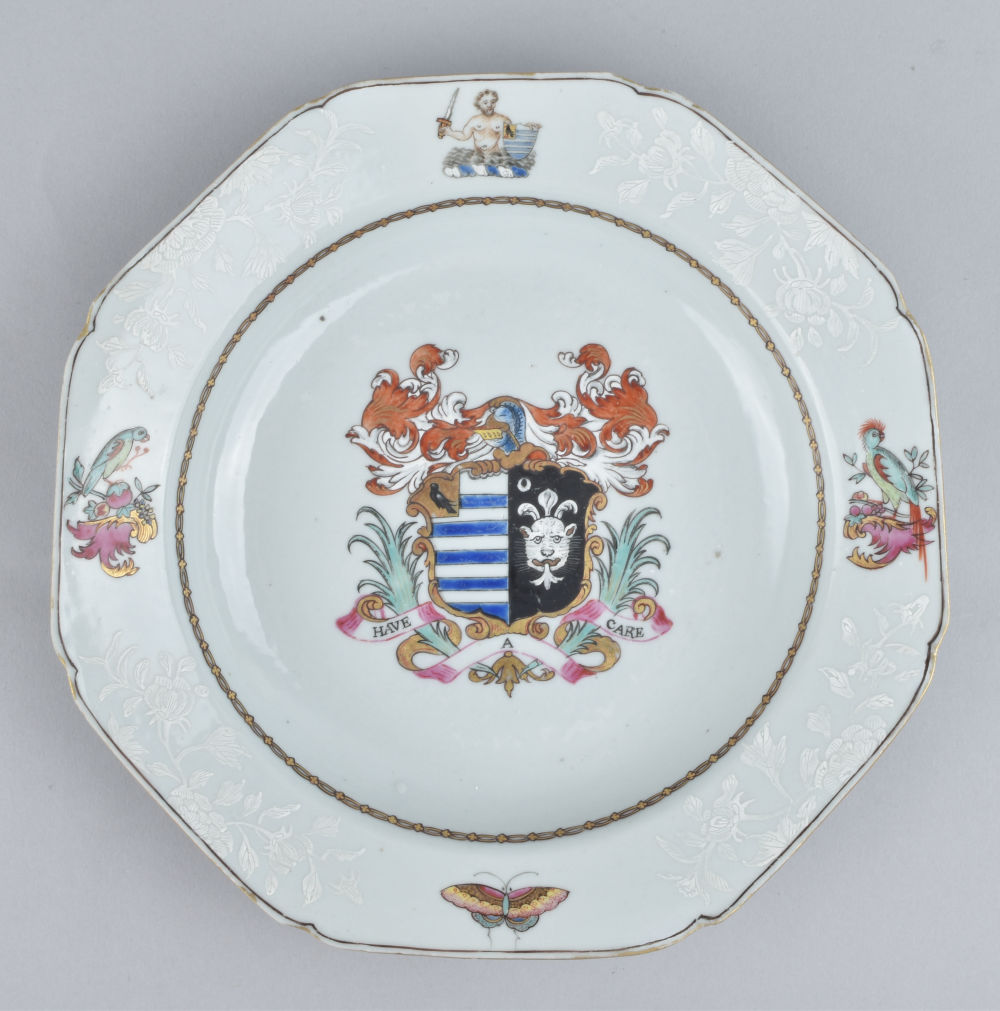 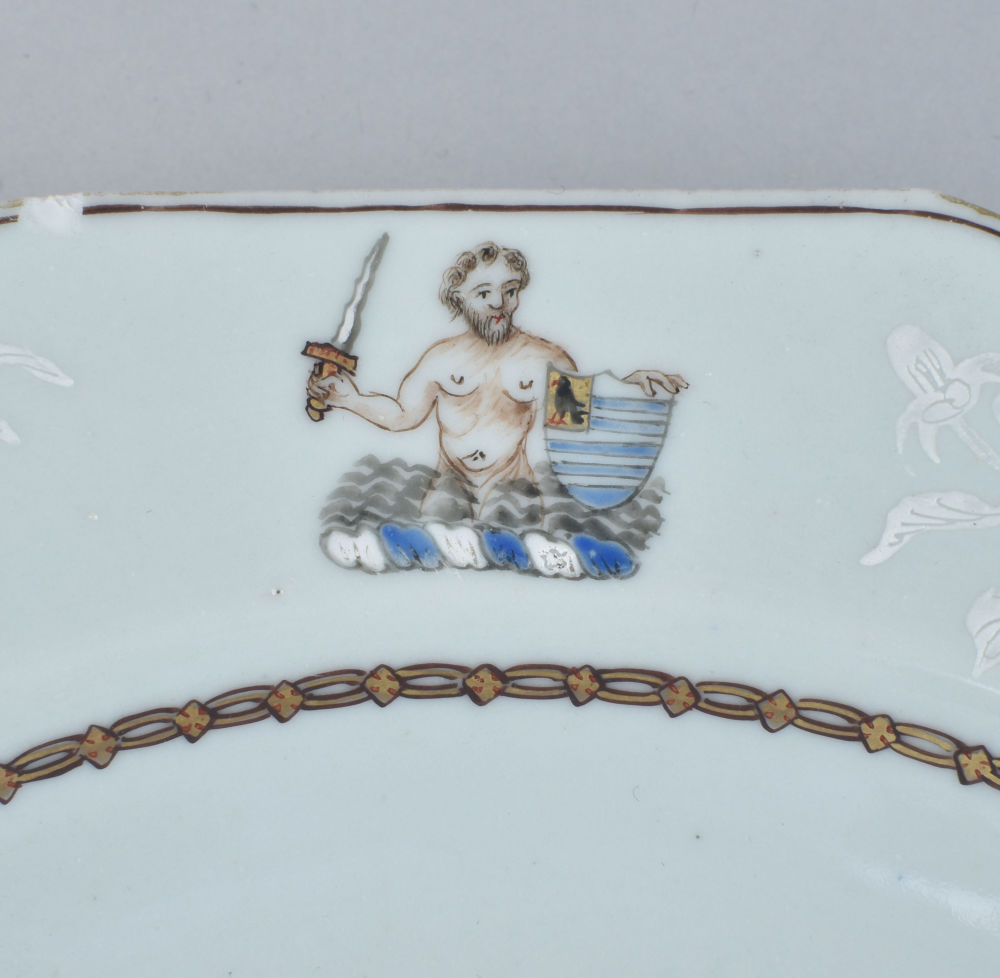 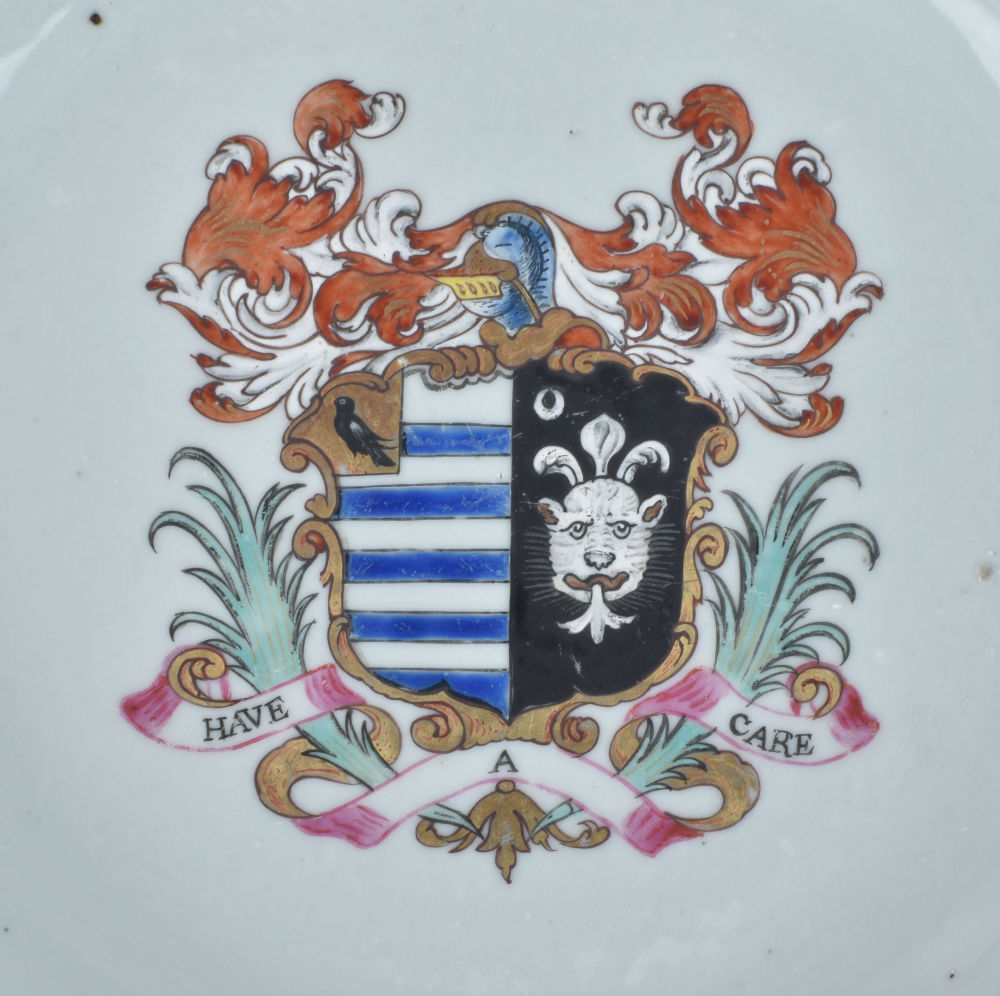 A Chinese armorial plate for the English market (Hotham). Qianlong

Decorated in the famille rose palette, the coats are of Hotham, Barry of ten argent and azure, on a canton or a Cornish though proper ; crest, A demi seaman issuing out of the water proper, holding in the dexter hand a flaming sword argent, hilt and pommel or, on the sinister arm a shield of the arms of Hotham; motto “Have a care” ; the impaled arms of Morley, Sable a leopard’s head jetant-de-lis argent, a crescent for difference.

This service was almost certainly made for Sir Richard Hotham (knighted about 1770), who was a managing owner of East Indiamen and had ten ships at Canton between 1765 and 1789. There is another Morley service, possibly for a daughter pf James Morley, a senior merchant at Bombay in 1759.