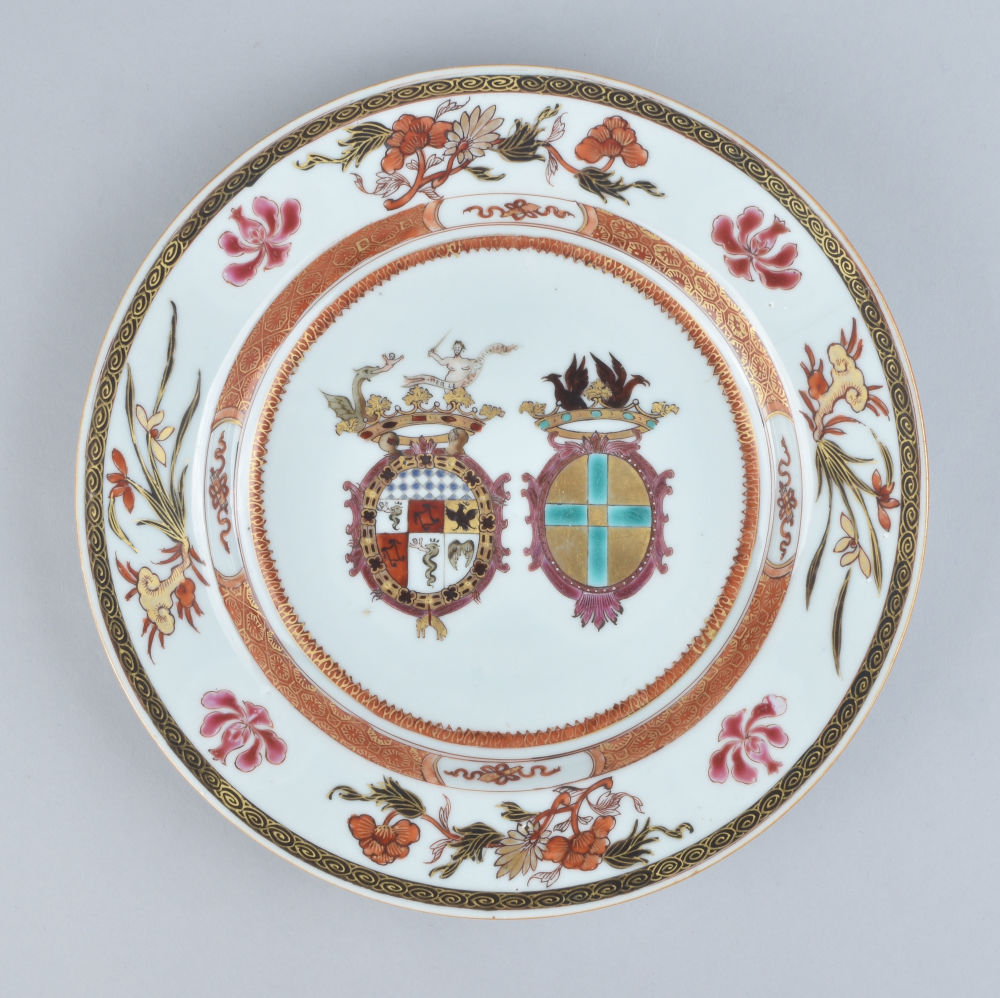 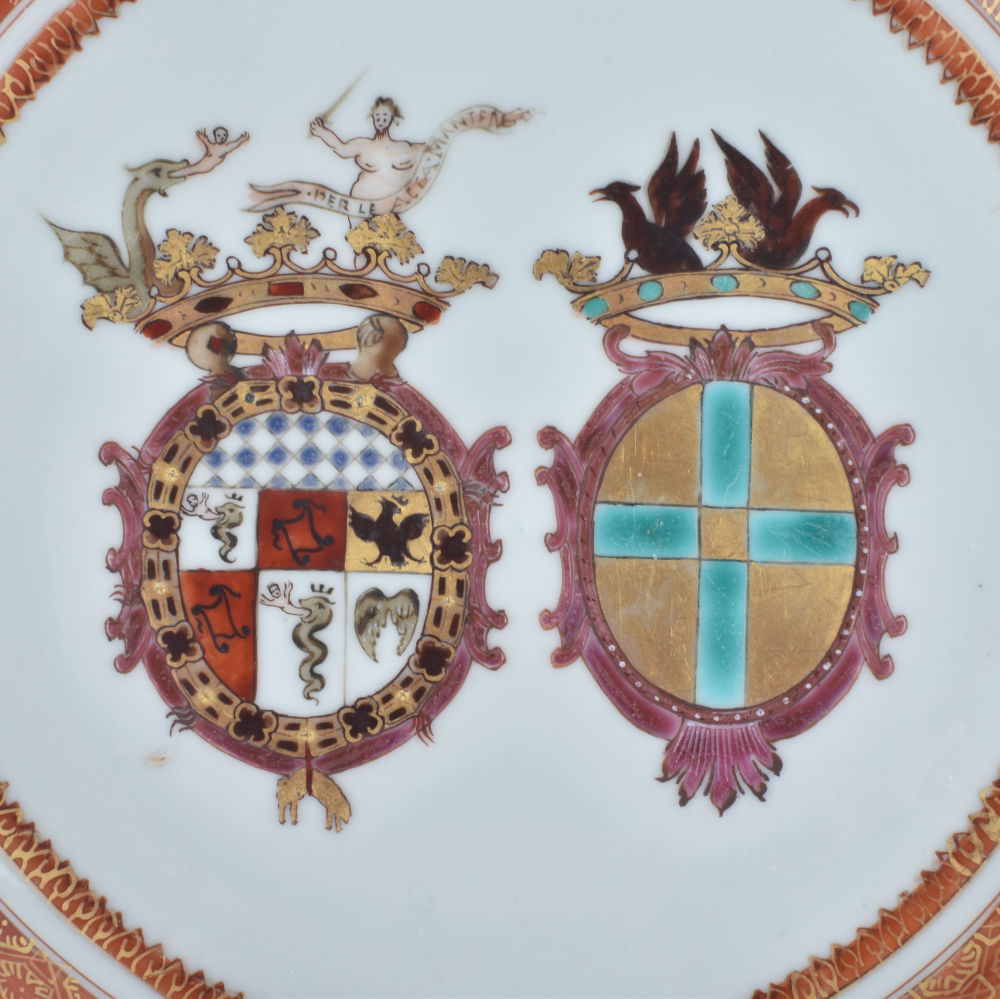 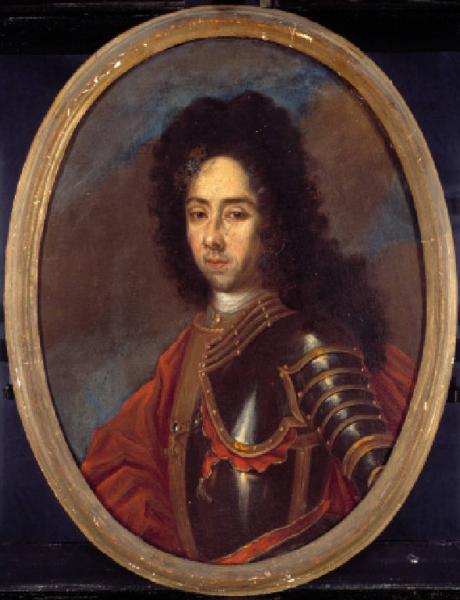 Painted in the center with the magnificent arms of Visconti and Cusani, both of Milan, within a demi-ruyi-head border around the well and a cell diaper border around the cavetto, the rim with two sprays of fans and peonies and two sprays of iris and fungi, all alternating with four shaded rose hibiscus blossoms within a brown and gilt whorl band on the edge.

From an important French Collection of Chinese Armorial Porcelain

Severals pieces from this service, from famous Chinese Export porcelain collections are known.

A plate from this service is in the collection of the Fondation Gulbenkian in Lisboa.

A dish is in the collection of The Bowes Museum (U.K.).

The arms are those of Giulio Visconti (Milan), who was created a Knight of the Golden Fleece (1721) and that of his second wife, Teresa Cusani. This service may have been commissioned for the wedding of the Milanese couple, when Giulio was living in the Low Countries.

Giulio Visconti Borromeo Arese, Count of Pieve di Brebbia (1664 – 1750) was an Italian soldier and diplomat in the service of the Habsburg Monarchy. Giulio was the third son of Count Fabio Visconti and Margharita Arese.

The family was a side branch of the noble family of Visconti of Milan, which can be traced back to Charlemagne. This line died out with him in the male line, since his marriage to Teresa Cusani, produced only one daughter. After the end of the War of the Spanish Succession, he entered the service of the Habsburg, the new masters of his homeland in the Duchy of Milan.

In 1726 he was appointed Minister plenipotentiary (head of the administration) of the Austrian Netherlands and thus the highest administrative officer under the governorship of Archduchess Maria Elisabeth. During this time he was also entrusted with diplomatic missions to London.

His promotion to the independent position of Viceroy of Naples in 1733 can be interpreted as an indication of the satisfaction of the court in Vienna.

His actual term of office there only lasted until 1734, when the Austrian troops and the administration had to vacate the country before the advancing Spanish troops led by Charles of Bourbon.

In a decree of Emperor Charles VI from June 18, 1738 he is described as Grandee of Spain, Knight of the Order of the Golden Fleece, Privy Councilor of State, General of the Artillery and Obersthofmeister of the the Empress.