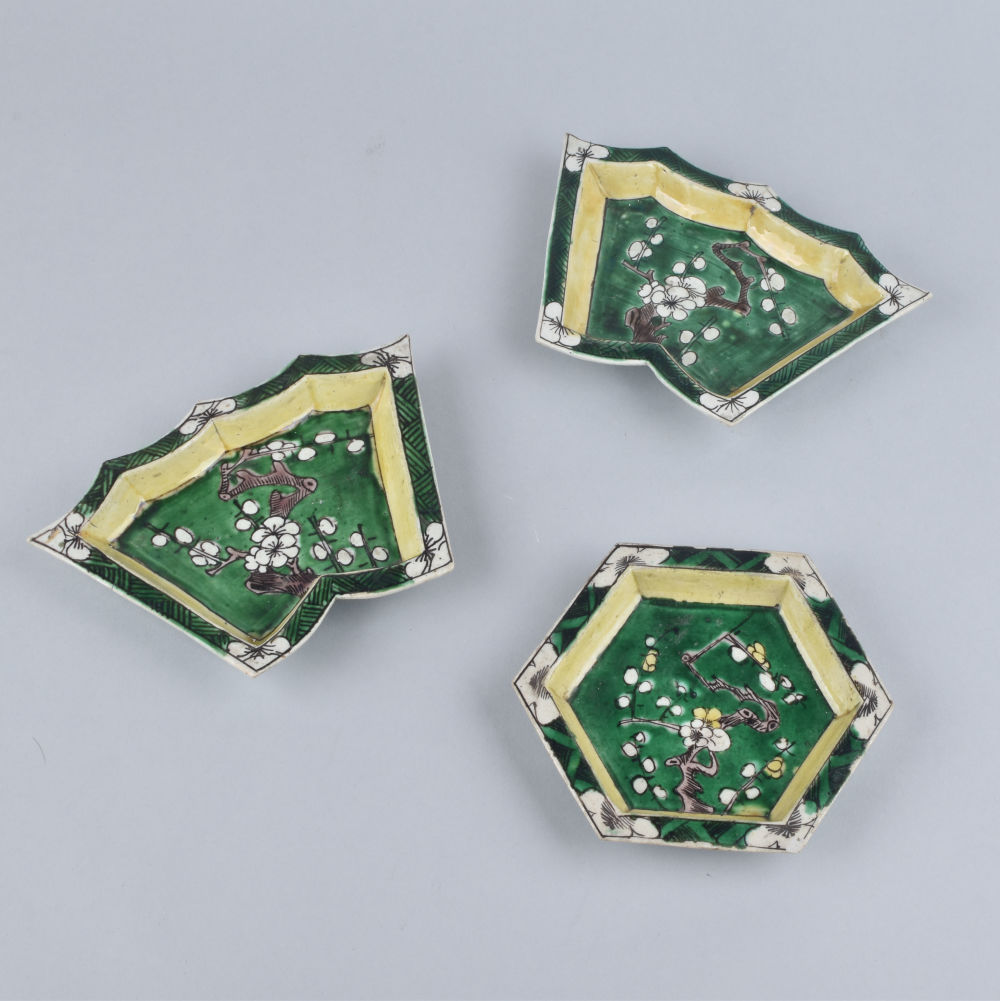 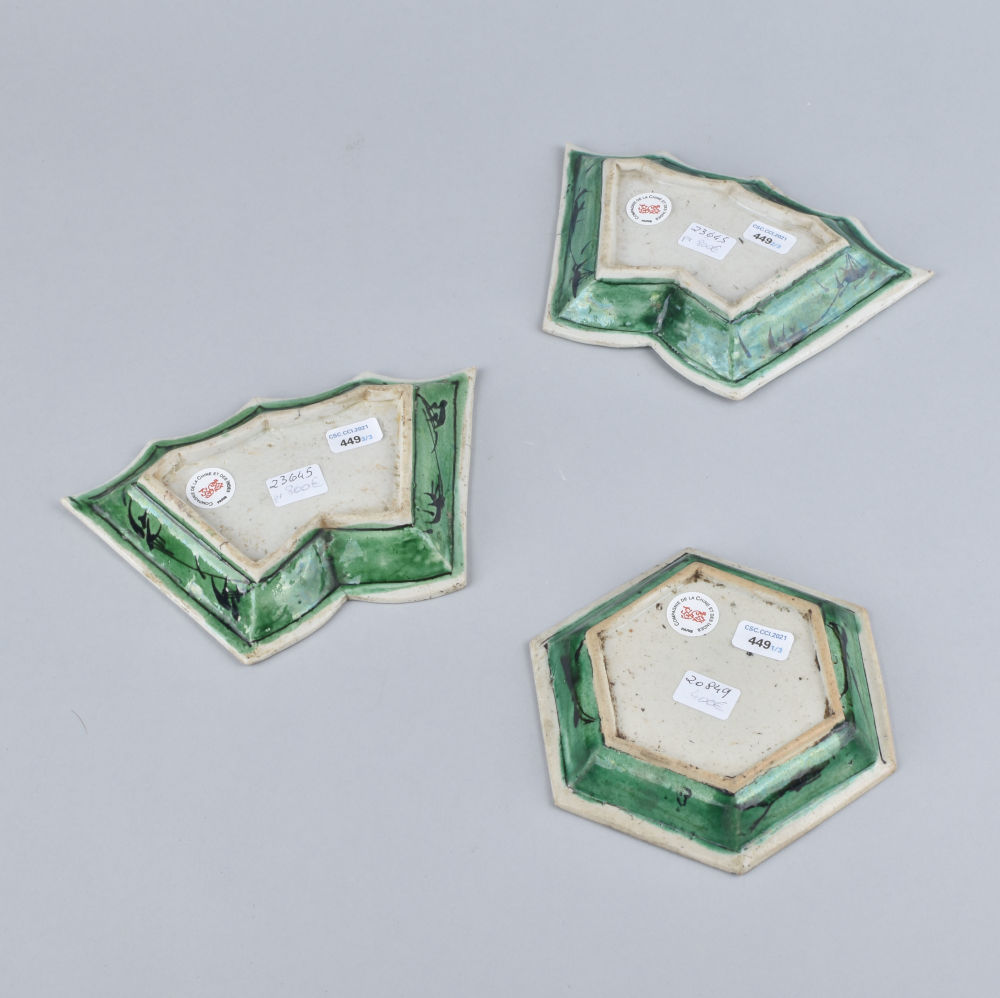 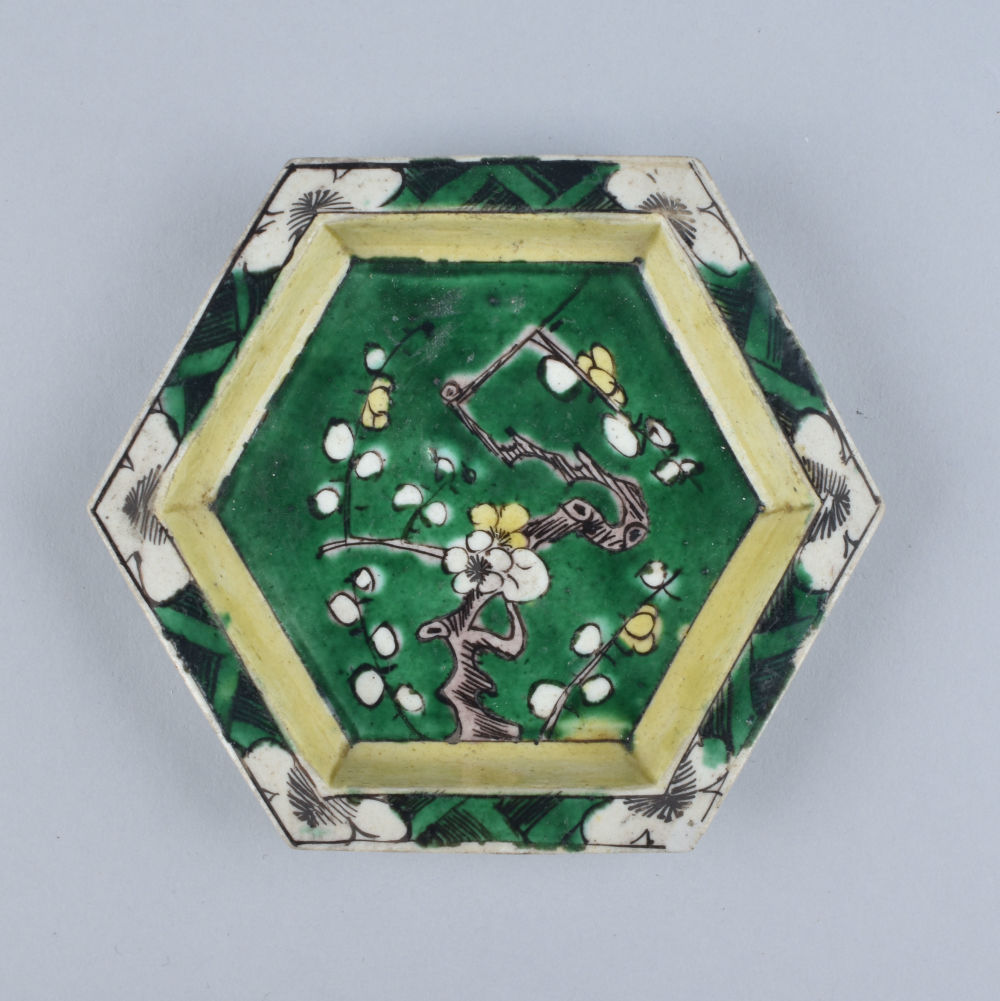 Decorated with famille verte enamels on the biscuit, with a flowering prunus branch in aubergine-brown enamels, the rim with half-prunus flower and a repeating diagonal line pattern.

Originally, those dishes belonged to a set of dishes of the same size and shape, which would fit together to make a large circular arrangement. Known as a “supper set”, these small dishes were used to serve sweetmeats at the dinner table of more wealthy households. Usually dessert courses comprised delicacies such as sugar plums, candied fruits, marzipan and Turkish delight. Chinese porcelain supper sets are known to have been exported to the West from the mid 17th century.

The 1708 inventory of Chinese and Japanese porcelain collection belonging to Louis XIV recorded a set of sweatmeat dishes.